"After all that, a happy ending." 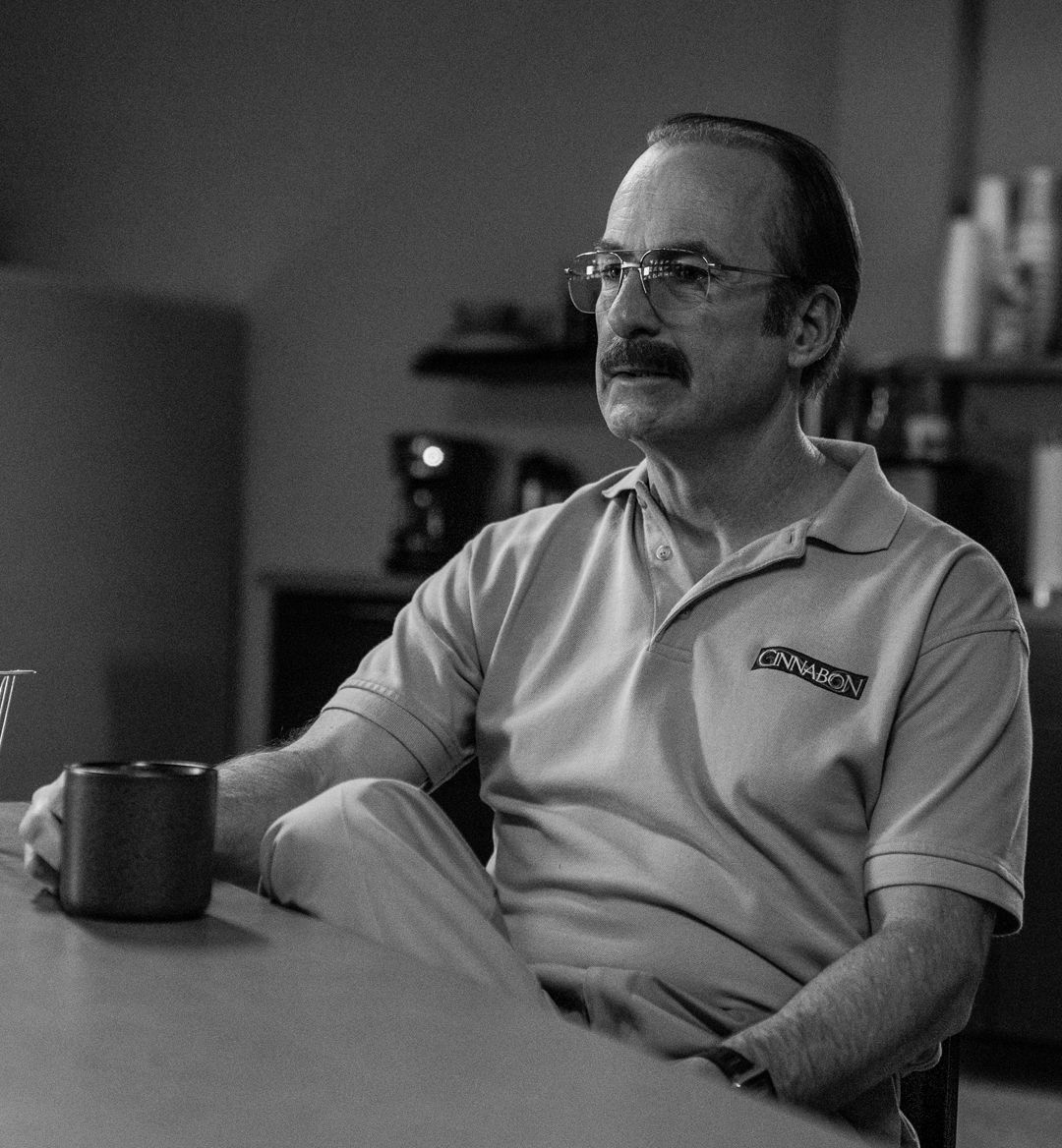 If ever a show was to make you want to eat a particular food, this week's Better Call Saul sure as hell made us all hungry for Cinnabon. I'm unsure if they have an advertising deal set up, but if not, then Cinnabon has gotten massive free publicity from this show.

Last week we saw that the timeline had made the jump from Jimmy's life fully into Saul's as he made his way into his office. This week, we move even further ahead than that. 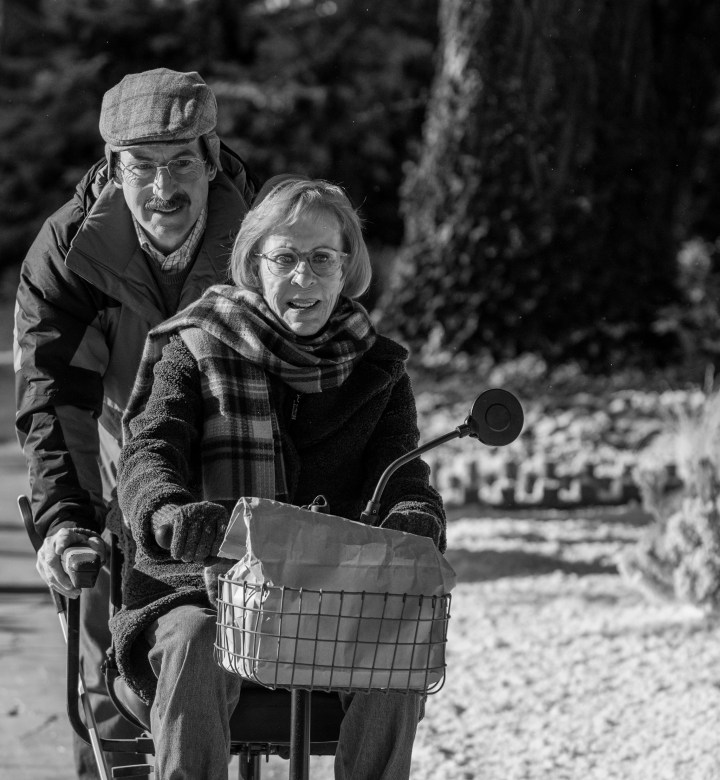 Set entirely in the 'Gene' portion of Jimmy/Saul's life, "Nippy" opens with a woman named Marion (Carol Burnett) picking up her groceries in her motorized scooter. As she makes her way home over a snowy, icy sidewalk, her scooter suddenly becomes stuck. We then see someone posting signs for a missing dog named Nippy (hey, that's the name of the episode!), and it is, of course, our old pal Gene Takovic.

He offers her some help, which she initially refuses but eventually relents and gives her aid. As he reaches down to move the wheels, he cuts the wire that powers the scooter. He helps her get out, but the scene cuts away just as it looks like she's about to ask him for another push.

Here we see something new: The Better Call Saul title sequence we're familiar with, but it glitches out, and the sequence stops. It's replaced by a blue screen featuring the show's title and creators but meant to give off the vibe that this is one of Saul's old TV ads that we've seen him watch during his time in Omaha.

Next, we see an Omaha taxi pull up outside Marion's house, and Jeff, the cab driver who had accosted Saul at the mall, gets home.

(If you were a little confused about who Jeff was, the character had been recast as Don Harvey, the actor who had originally played him was unavailable. Pat Healy is now playing him.)

Jeff finds Marion and Gene sitting in the kitchen enjoying a drink, and Jeff knows who Gene really is, so to see him in the house is naturally a bit of a shock. After a toast and a quick bite, Gene and Jeff meet outside the house to discuss what this is really about.

Feeling threatened, Jeff says that he could crumble Gene's world simply by picking up the phone and ratting him out, but Gene correctly says why Jeff hasn't yet: He wants in on the game. Jeff has always been on the outside looking in when it comes to getting what he wants "the cars, clothes, cash, the ladies." Jeff has been sweating the bills and struggling to pay off his cab while getting older. Gene offers to help him formulate a score and get him involved in that world for the first time. He helps Jeff earn big, and then they part ways for good, with Jeff keeping his mouth shut.

Gene returns home and makes a drink while listening to the local police dispatch, contemplating his next move. In a box of his old things, he finds Marco's Ring, given to him all those years ago and which he had worn in all the years following and during his time as Saul Goodman.

Slowly but surely, Saul is reemerging, whether Gene likes it or not. 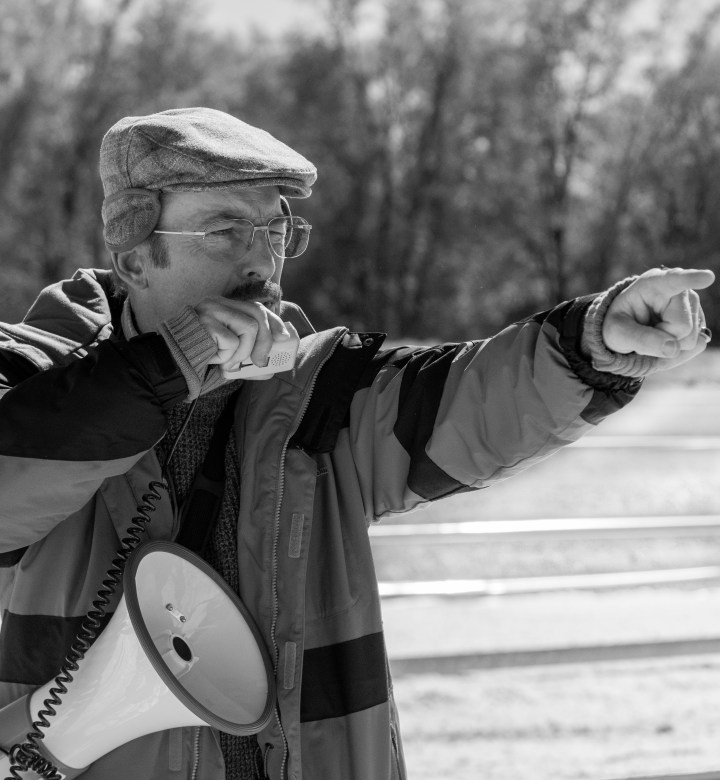 Among the seemingly endless number of things that both Breaking Bad and Better Call Saul excel at, it's both shows' talent for putting together a great montage.

Gene/Saul/Jimmy starts paying a visit to the late-night security guards at the mall, bringing along two Cinnabon cinnamon buns with him. While Frank (played lovably by Jim O'Heir, who Parks & Recreation fans will recognize as Jerry) welcomes the free tasty treats, the other guard, Nick, isn't as warm. Nick was one of the guards that called 911 for Gene when he had his heart attack, and, in his manic state, Gene wanted to call a lawyer.

As Nick takes his Cinnabon to go as he checks the lot, Frank settles in with Gene and enjoys his treat. They make small talk about Nebraska football which, admittedly, Gene is forced to bullshit his way through. Frank eats his Cinnabon while Gene is secretly timing how long it takes him to finish it, just a little over three minutes. He leaves the room, rubs his hands together, and walks away. The game is afoot.

The montage of Gene packing up some Cinnabon, heading to the security office, timing Frank's eating habits, and so on plays out, with Gene even brushing up on his knowledge of Nebraska football.

Next, we see Gene in a department store at the mall, checking out the prices of different items and eyeing up the anti-theft tags. He begins counting out the paces of the aisles between items in the store, plotting out the "blueprint" in his head. Gene is in full Saul scheming mode now, going so far as to set up a practice field for the plan in a lot with Jeff and another accomplice.

With a three-minute window (where Frank won't be looking at the screen as he eats his Cinnabon,) Jeff will run through the department store, grabbing the expensive items that Gene wrote down. Jeff gets nervous about how this plays out, with Gene calling him out for it.

"Is this too hot for you? You know what, screw it. Do you know what's crazy? A 50-year-old chemistry teacher walks into my office; the guy is so broke he can't pay his mortgage. One year later, he's got a pile of cash as big as a Volkswagen," Gene fires back.

After things settle down, the plan continues unabated, and practice resumes. 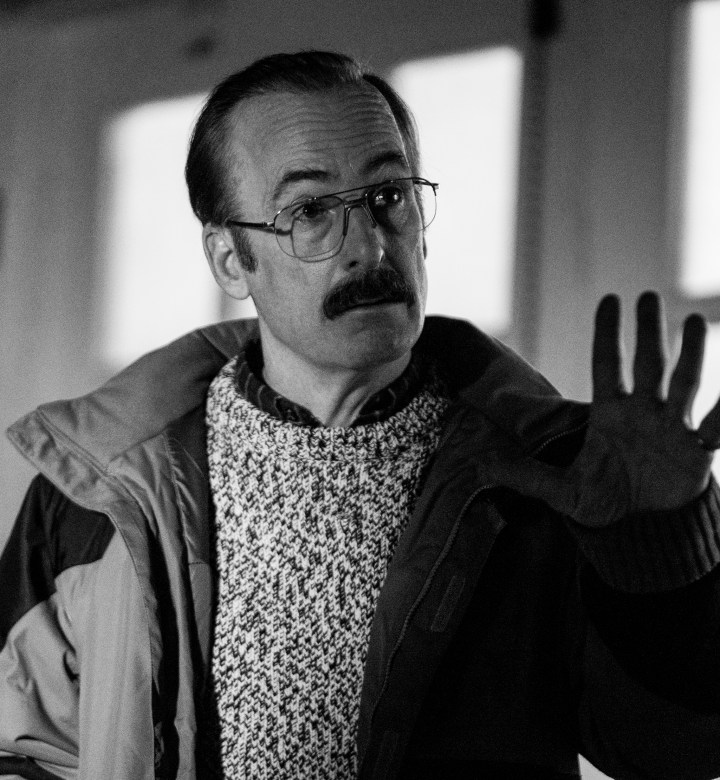 Finally, the plan is put into motion. After the department store manager, Kathy, is forced to deal with a delivery from Jeff's friend, she calls the number on the invoice. Naturally, she is immediately connected to Gene, who manages to scheme his way through the situation. He gets her to agree to keep the crate on her loading dock overnight. After their call finishes, he gives a quick "it's showtime, folks" to himself.

Gene moves onto phase two, bringing some Cinnabon to Frank and Nick. We then see that the delivered crate had Jeff inside of it. He climbs out with his bag in tow after getting the go-ahead from Gene. Jeff races through the department store as planned, grabbing everything in sight.

Everything is going smoothly until Jeff slips and falls in the store, crash landing on the floor. He seems to be knocked out, and Gene is forced to pivot as time continues to run down. He fakes having a bit of a mental breakdown and cries to Frank to keep him distracted and try to give Jeff time to get up.

It works, and Jeff is able to get up, place the clothes in the crate and run to the bathroom, where he will wait things out until the next day. Minus that minor hiccup, the plan goes off without a hitch. Jeff escapes the morning after the robbery, and they bring the goods back to Jeff and Marion's garage.

Now Gene comes full circle and reveals his true intentions for this plan: Mutually Assured Destruction. Jeff and his friend are now criminals, committing crimes that would result in many years in prison.

It's a classic Saul Goodman-esque sequence, where he lambasts two criminals for being stupid, and he's the only one who can help them out of their trouble. Jeff knows Gene is really Saul Goodman, and now Gene has dirt on Jeff and his buddy. If they rat on him, he rats on them, and they all go to prison for many years. He makes them both say that they're done, this is the only job they will work on, and that's that.

Marion rolls up outside of the garage, saying she saw Gene's car outside. She opens the garage and finds the three men standing over Jeff's car, working under the hood. Gene heads inside to wash up, where he tells him that Jeff fell in with a bad crowd back in Albuquerque, with Gene saying, "he's never been." Marion asks about Nippy, and Gene lies, saying that the dog had been found safe and sound, and the plan is now complete.

"After all that, a happy ending."

We cut back to Gene at the mall, where he takes his lunch break and heads to the department store. He browses the suit section, admiring the different shirts and ties available, each more flamboyant than the last. He holds one against his chest, looking like the Saul Goodman of old. He sighs, places them back on the rack, and the episode ends. 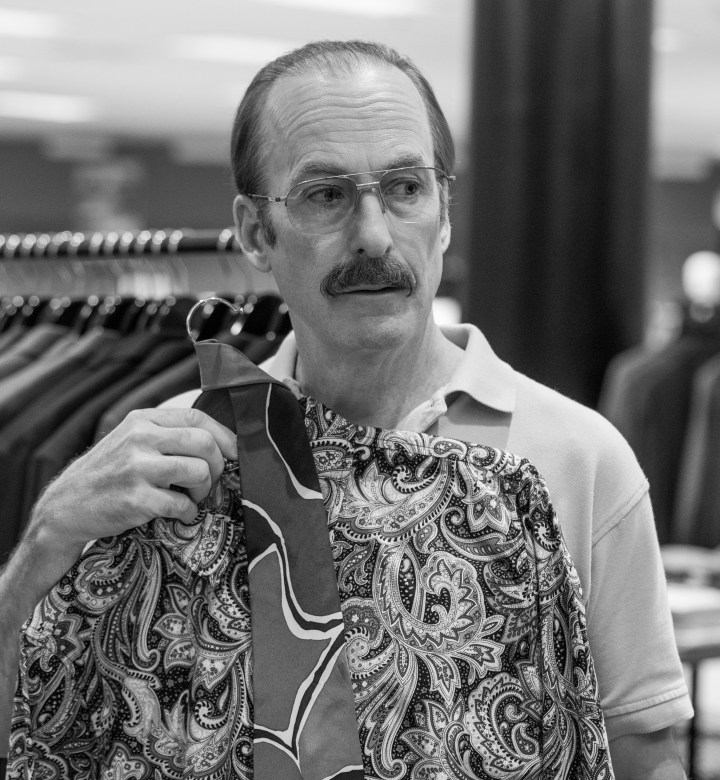 "Nippy" is an episode that could prove very divisive to the fanbase. While most say it was a great episode of Better Call Saul, they're questioning its placement, given the show only has a few episodes left. I tend to agree with this sentiment, as I asked that question when "Nippy" wrapped up.

With three episodes to go, the payoff from "Nippy" may very well play out: Maybe things go awry, and Gene is arrested for his role in the heist? Maybe this causes Gene to embrace the Saul Goodman life again fully? Who really knows right now?

Alan Sepinwall from Rolling Stone has called this Better Call Saul's "Fly" episode from Breaking Bad. It was another "bottle episode" that has proven divisive but overall has been met with much acclaim. "Nippy" might not prove to be as successful as "Fly," and it might serve to move the overall story forward, which "Fly" did not.

It did show one thing, though: Underneath the Gene facade, Saul Goodman is still buried down below, and he's begging to come back out.