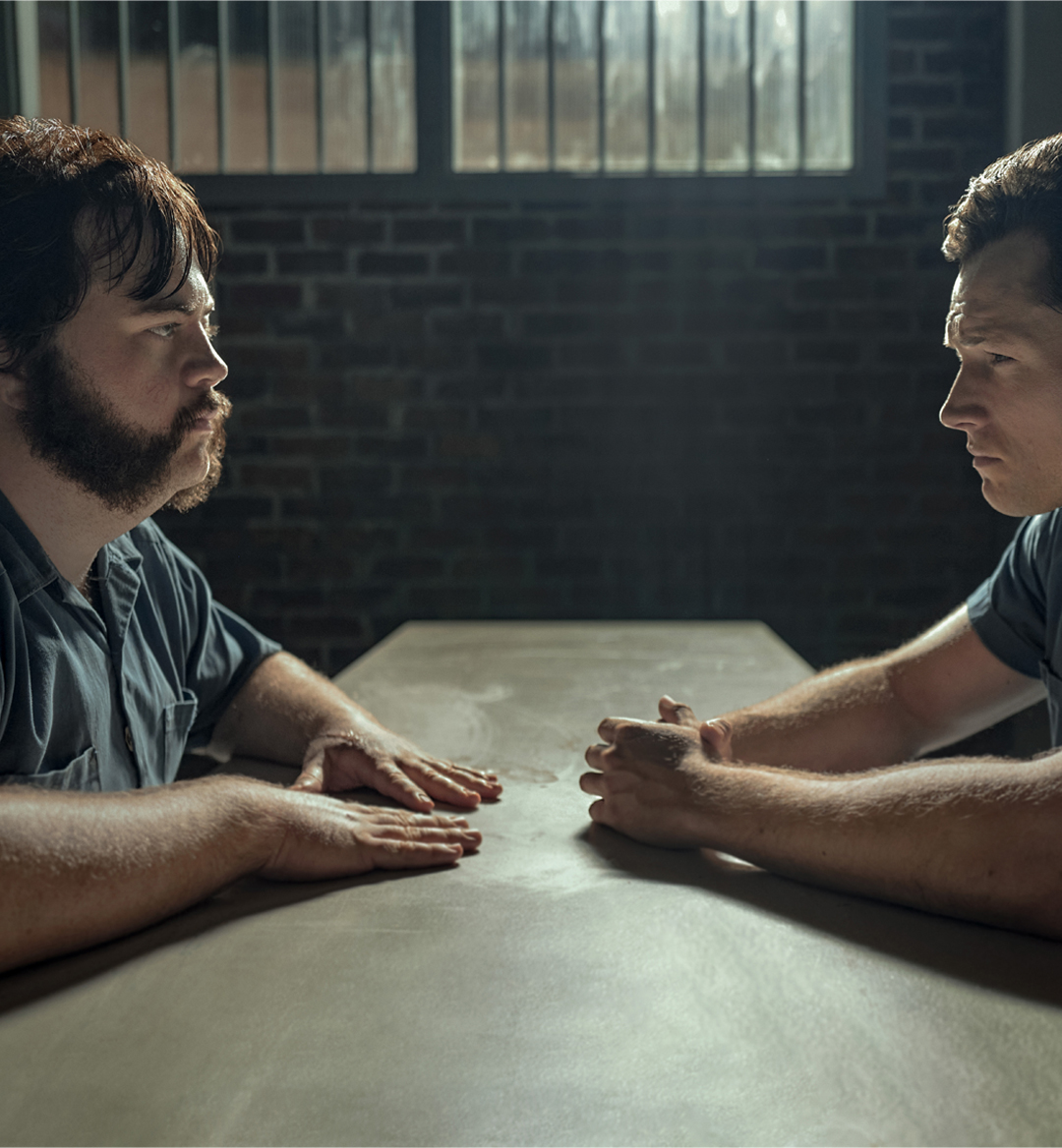 Few, if any, of us know what it's like to stare into the eyes of a killer. The cold, dead gaze of someone with no regard for another human's life and, in the case of serial killer Larry DeWayne Hall, enjoys taking that life. On AppleTV+'s upcoming limited series Black Bird, we dive into Hall's life and view it through the eyes of James Keene, another convict who has been sent to elicit a confession from Hall.

Similar to shows like Mindhunter, Black Bird focuses on what makes serial killers do what they do and why they are compelled to do so. Even though it's a dramatized retelling of actual events, Black Bird is a compelling look into the mind of an absolute monster and how doing something as simple as talking to him can nearly destroy someone in the process.

Per AppleTV+, "Inspired by actual events, when high school football hero and decorated policeman’s son Jimmy Keene (Taron Egerton) is sentenced to 10 years in a minimum security prison, he is given the choice of a lifetime — enter a maximum-security prison for the criminally insane and befriend suspected serial killer Larry Hall (Paul Walter Hauser), or stay where he is and serve his full sentence with no possibility of parole. Keene quickly realizes his only way out is to elicit a confession and find out where the bodies of several young girls are buried before Hall’s appeal goes through. But is this suspected killer telling the truth? Or is it just another tale from a serial liar?"

For anyone familiar with a Dennis Lehane story—Mystic River, Gone Baby Gone, and Shutter Island are among the most notable—you know that he has a talent for creating stories that keep you guessing until the end. Lehane, who developed Black Bird, does the same thing here. Serving as the writer and one of the executive producers, Lehane took this story and molded it into what is one of the best real-life adaptations in recent years.

It's no secret that prison, especially a maximum security prison, is somewhere no one wants to be. In this story, Lehane paints a picture of what the day-to-day is like in this facility and how someone like Taron Egerton's character is forced to adapt to a place where he doesn't belong. 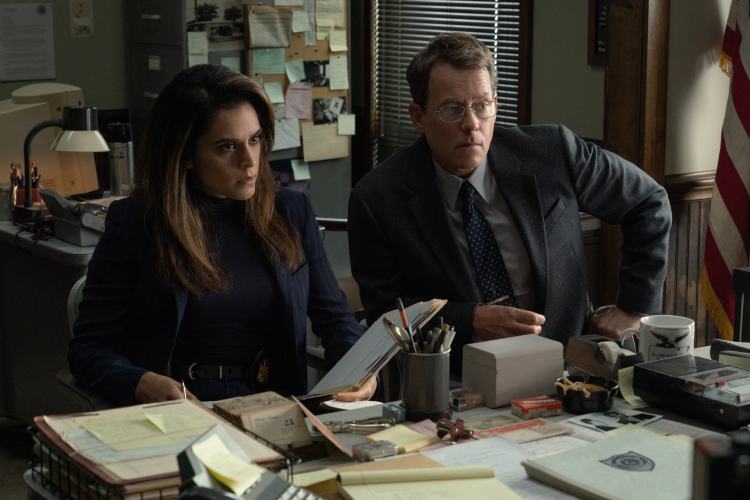 The story is told through two lenses: One in the prison where Jimmy Keene tries to buddy up to Hall, and the other that follows two detectives (Greg Kinnear and Sepideh Moafi) as they also attempt to garner evidence that will keep Hall in prison. Moafi's character, FBI Agent Lauren McCauley, also serves as Keene's handler while he's in jail.

It can be a bit of a clunky narrative device, especially at the show's beginning when there are two timelines, but once things settle in, the two stories are almost perfectly in sync. Their investigation helps provide some clarity and backstory to Hall's murders, and, in essence, we live part of the story through the eyes of his victims.

These scenes can be tough, as most of Hall's victims were teenage girls, and even though he was only convicted on two of the murders, he was suspected of up to 20. It's a heartbreaking story, especially considering that it's all perpetrated by another human being.

What makes someone do this? Why do they seem to hate the world?

Rather than sympathize with someone like Hall, we try to learn what makes him tick. As mentioned above, it's remarkably similar to Mindhunter, which didn't make us care about the serial killers or empathize but got to the heart of the psychopathy that lies beneath the surface.

The real highlight of Black Bird is the acting, most notably a powerhouse performance from Paul Walter Hauser. He is a terrifying villain, one who, in the beginning, you feel a shred of sympathy for due to his upbringing. He speaks with a high-pitched and soft voice, where he doesn't seem threatening at first.

As you listen to him talk and describe his life and crimes, that's when you see the man for what he is: a beast beyond redemption. Hauser's performance is perfect for the role, as you rarely see his true persona bubble to the surface, but you feel a sense of genuine fear when it does. His facial expressions can change on a dime, further hammering how chaotic his personality is.

As he talked about when he was a grave robber in his youth, he said a line that stuck with me throughout the show: "The dead are pleasant; looking into their faces gives me hope that the next world is the good one." Hearing him saying it is different than reading it, and Hauser nails it.

Opposite Paul Walter Hauser is Taron Egerton as Jimmy Keene, and he is also fantastic as the co-lead. Keene is the polar opposite of Hall: Charismatic, handsome, well-spoken, and well-liked. You can tell that while he is buddying up to Hall and conversing with him, he struggles to identify with his life.

Even talking with someone like Hall affects Keene's mental health and well-being, and it's easy to sympathize with him here. Egerton's confident swagger mixed with the inner torment of interacting with a psychopath is a true test of his talents as an actor, and he pulls it off incredibly well.

Sadly, the world lost Ray Liotta earlier this year. In his final television performance, he portrays Jimmy's father "Big Jim" Keene in Black Bird. Part of the reason Jimmy takes the job investigating Hall is that his father suffers a stroke, and he's unsure if he will live beyond Jimmy's prison sentence.

Liotta is incredible as his father, and his tragic performance is only made all the more somber given his passing. Big Jim is remarkably similar to his character in Blow, in which he also plays the father of a drug dealer. Both love their sons and try to accept the fallout of their actions and still help them through it all. 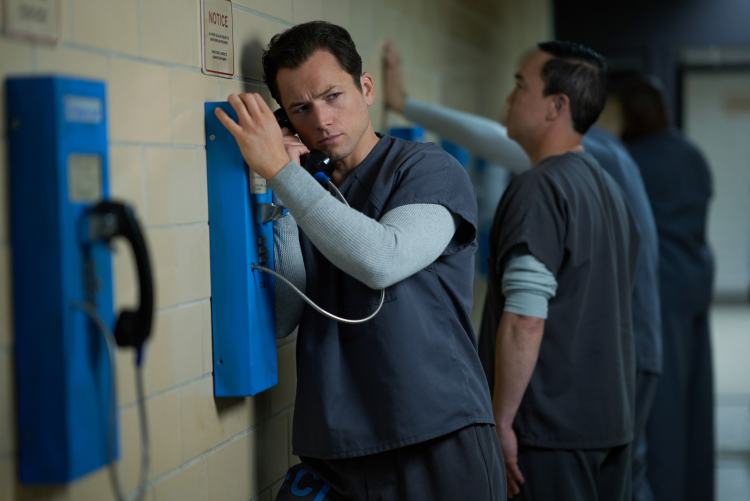 Shows like Black Bird are not for everyone. They are heavy watches that require you to examine a side of humanity that we'd all prefer didn't exist. And even though they are fictionalized accounts, they are stories that must be told. Not to glamorize the killers but to give their victims the remembrance they deserve.