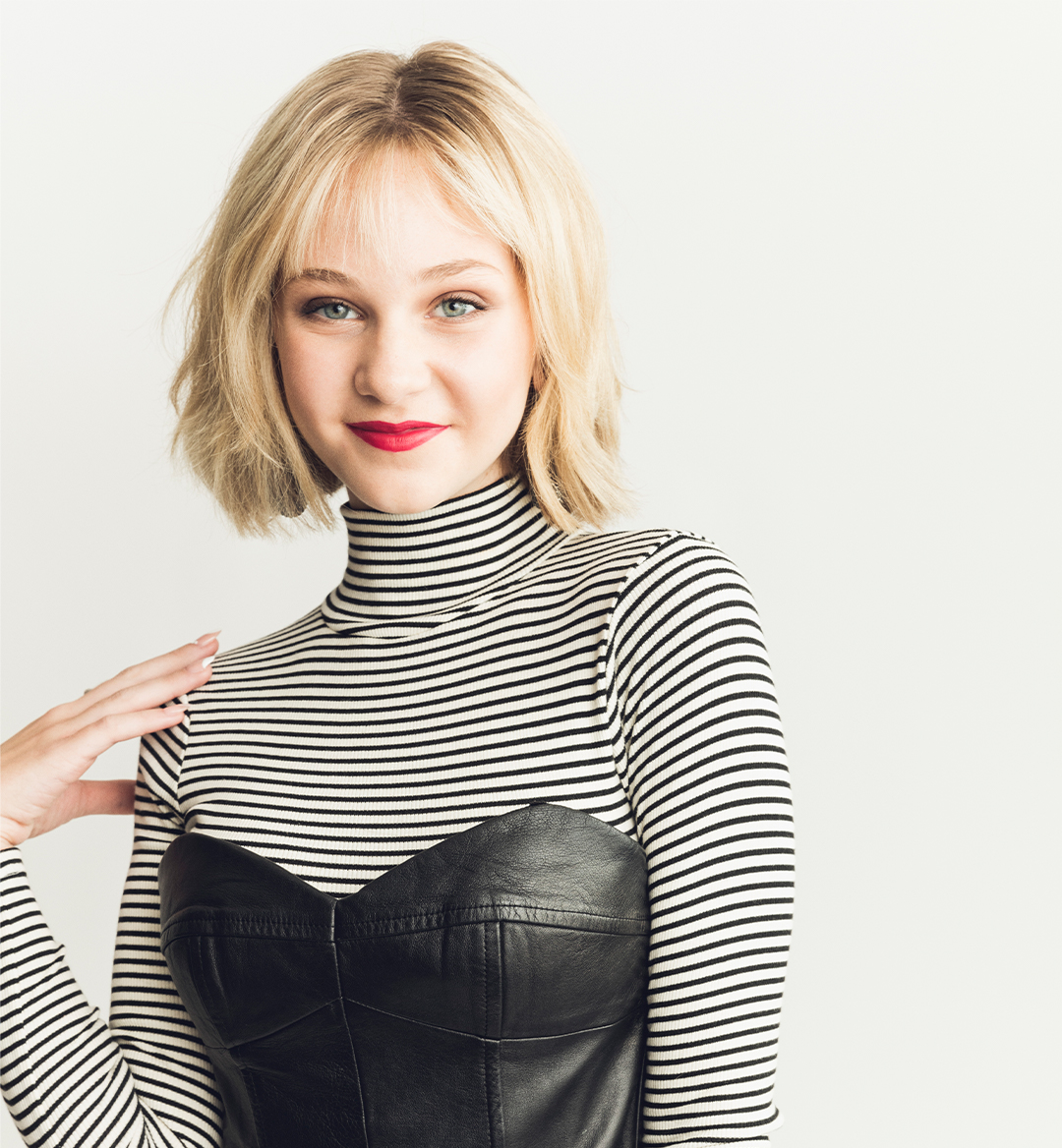 Most actors with almost ten years under their belt in the business are usually around 30. However, the leader of AppleTV+'s upcoming series, Life by Ella, is helmed by Lily Brooks O'Briant, a 16-year-old heading into her senior year of high school and has spent half of her life acting.

Life by Ella centers around the eponymous Ella, a 13-year-old cancer survivor finally making her way back to middle school after finishing her treatment. And while this series might seem like one that's mostly geared toward a younger audience, O'Briant explains that the series has universal takeaways that can be applied to just about any person and—almost more than anything else— that it's paramount for this story to be told in the first place.

"The most important thing about acting is telling stories that are important for people to hear, "O'Briant says. "Even if they don't necessarily want to hear them or want to watch these stories, it's so important that they're told."

Lily Brooks O'Briant: Before going through cancer, she was definitely more of a follower than she was a leader. She kind of wanted to please everyone, wanted people to like her, didn't want to cause problems—she just followed other people's leads and was like, 'What's cool right now? What are other people doing?'

ONE37pm: How did you go about preparing for the role?

O'Briant: I'm a youth ambassador for St. Judes Children's Research Hospital, and I have a few childhood friends—because I'm originally from Memphis, Tennessee—who were treated there. I know how overwhelming it is to go through something like going through treatment for cancer, and I knew that I wanted to really accurately represent what these kids go through. Luckily, I was able to talk to a few of my friends who went through treatment for cancer and was able to take their experiences and put them into my character.

I chopped off my hair for the role; my hair used to be really, really long, but I ended up cutting it for the show, which I am so grateful that I did that—I felt that it really made my character more. I don't know how to explain it, but it was really helpful to me, as an actress, to just jump into the character and fully commit to it.

ONE37pm: When you first got on set with everyone, did it change how you approached the character?

O'Briant: It definitely did. One of the biggest things as an actor is being able to react to people—the physicality of being with another person definitely changes when you're actually doing it with a person than it is over Zoom.

ONE37pm: Did you bring anything from Ella’s approach to life into your own life after filming?

These leading ladies all have one thing in common: they don’t let anything get in their way. #Luck #HarrietTheSpy #AmberBrown #LifeByElla pic.twitter.com/MoUuX17wWf

ONE37pm: What was the hardest part about playing Ella?

O'Briant: The hardest part was really bringing myself down into those deeper moments. It was tough at times but also very rewarding seeing how they turned out. The girl who plays one of my best friends on the show, Ximena (Vanessa Carrasco), she and I had a scene together—it was a very emotional scene. I remember walking out when we were finally done filming the scene; Vanessa and I took a deep breath, like, "Okay, it's done, we can have fun now," and we walked out, and I just remember seeing that so many of the crew members were crying. Seeing how the scene and that story that we were telling affected so many people was really rewarding, even though filming the scene was so tough.

ONE37pm: You've been acting for almost 10 years now—what's changed for you in how you approach acting at this age as opposed to when you first started?

O'Briant: I feel like I can watch something that I did three months ago and think that there are so many things that I would've done differently, but what I have to realize is that I did the absolute best that I could have three months ago because you grow so much in so little time as a person and as an actress.

Acting is just portraying human experiences. That's all it is. But as a 16-year-old, there's only so much that I've gone through. Every day I'm going through new experiences and learning new things about being a person. All of those experiences are things that I use as an actress every single day when I'm working.

Life by Ella airs on AppleTV+ on September 2.