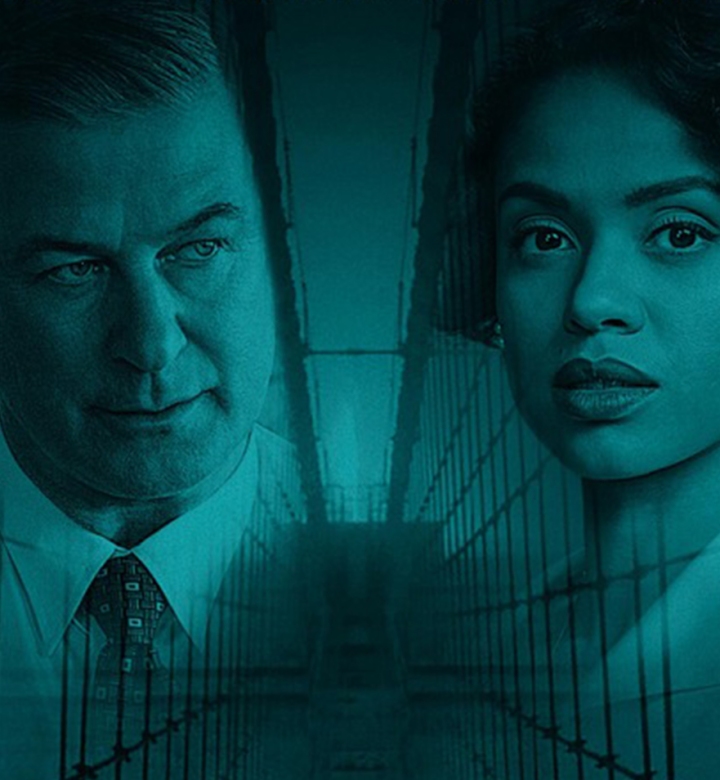 Every autumn for the past 57 years, dozens of dazzling feats of cinematic storytelling are screened by the Film of Lincoln Center for the New York Film Festival. Spike Lee’s 1989 classic Do the Right Thing and Alejandro G. Inarritu’s 2014 drama Birdman are a few of the outstanding films shown in this prestigious festival’s history. ONE37pm attended NYFF and rounded up five of the elite films that you’ll soon be able to see.

Portrait of a Lady on Fire is more of a living picture than one that’s simply in motion—it evolves. Céline Sciamma's beautiful drama about a painter and her subject falling in love starts as a subtle spy drama, grows into a tale of gendered oppression and leaves its lasting image as a remarkable look into the inherent intimacy of painting.

Skilled painter Marianne, played magnetically by Noémie Merlant is tasked by La Comtesse (Valeria Golino) to paint a portrait of her daughter, Héloïse (Adèle Haenel) in order for her to send to a potential suitor to wed her daughter. The problem is, Marianne at first has to do so in secret while posing as Héloïse’s walking partner, a wrinkle at the start of the film that adds surprisingly immersive quality.

Sciamma’s filmmaking and pace are delicate and force viewers to actively be aware of their role. There are large stretches of time in the film with no conversations between characters, just Marianne silently observing Héloïse, hoping to steal glances of her earlobe or her nose long enough to remember at night as she tries to recreate her in paint. After a while, you start paying closer attention to parts of Héloïse’s and that’s when she shoots the camera a suspicious look to tantalizingly immersive effect. And that’s just the first half of the film. This piecemeal reveal of a pivotal character really makes you feel like you’re immersed in a living painting, each observation a brushstroke of re-creation. But it’s the chemistry between stoic yet compassionate Marianne and whimsical yet guarded Héloïse that carries this film and makes it a must-see.

The Irishman is Martin Scorsese’s best-reviewed film of all time and for good reason. He uses every second of the film’s epic 210-minute runtime to fully flesh out the mob world in ways he’s never done in his career with possibly his greatest ensemble cast, led by Robert DeNiro, Al Pacino and Joe Pesci. Based on Charles Brandt’s 2003 novel I Heard You Paint Houses, most of the film has no identifiable driving factor of the narration other than ex-soldier Frank Sheeran (DeNiro) recollecting his ascension in the ranks of the mob via his connections with universally respected crime boss Russell Bufalino (Pesci) and Jimmy Hoffa (Pacino).

Frank is a former soldier battling his humanity as someone whose job it is to somewhat normalize murder, and De Niro plays him engrossingly. One person attempts to disrupt a rival business by asking Frank to “leave that place the way you left Berlin.” Frank even says working with Bufalino felt like being in the Army, a blind adherence to orders and traditions that Russell leverages in the film’s dramatic climax. Every scene between DeNiro’s firm yet malleable Frank and Pesci’s calm yet terrifying Bufalino is magnificent. But it’s when Pacino bursts into the film 45 minutes in that The Irishman starts to really shine.

Pacino as the verbose and self-aggrandizing Teamsters Union boss leaps off the screen with the sort of unhinged performance that makes you believe he’s both funny and capable of having a president assassinated. The game-changing de-aging technology that makes De Niro look younger is showcased within the first 10 minutes of the film. Add in the fact that the film is littered with surprise appearances from A-list talent and you have the makings of a serious best picture contender at next year’s Academy Awards.

Over the years, Edward Norton has played a conflicted neo-Nazi trying to reform, Bruce Banner and even a magician with acting prowess and temerity to make them feel human. He does the same in Motherless Brooklyn—an adaptation of Jonathan Lethem’s best-selling novel of the same name—which Norton starred in, produced and directed. Norton plays Lionel Essrog, a reclusive private detective living with Tourette’s syndrome in the 1950s before there was a name for his ailment. In riveting fashion, he stumbles upon a city-wide corruption scandal while searching for why his boss Frank Minna (Bruce Willis) was murdered. By the end, the film twists and turns into a searing indictment on governmental powers that reshaped New York City for power and profit, no matter who they harmed.

The film is a beautiful homage to the crime noir and leverages tropes of that genre to tell a humanizing story of a man and a Brooklyn community, adapting to a world that sees them as less than. The jazz score characteristic of many films of that era intermixes with the narrative to visually arresting effect, such as a scene where Lionel’s syndrome allows him to verbally follow along with the seemingly random rhythms of a jazz band. Instead of Lionel’s Tourette’s being depicted as either a disability that makes him a sympathetic character or exoticized as a sort of supernatural power, it’s shown as an affliction to a normal person who figures out how to make it work for himself.

The casting is immaculate with The Wire’s Michael K. Williams, Mr. Robot’s Bobby Cannavale, Gugu Mbatha-Raw and Willem Dafoe delivering award-worthy performances. Outside of Norton’s sublime performance, Alec Baldwin shines the brightest playing corrupt master builder Robert Moses with the blind power obsession that would delude a man into laughingly asking to go to lunch after seeing the hanging of a doll meant to be him. Motherless Brooklyn is one of the closest competitors to Scorsese’s The Irishman for the title of the best film from NYFF. 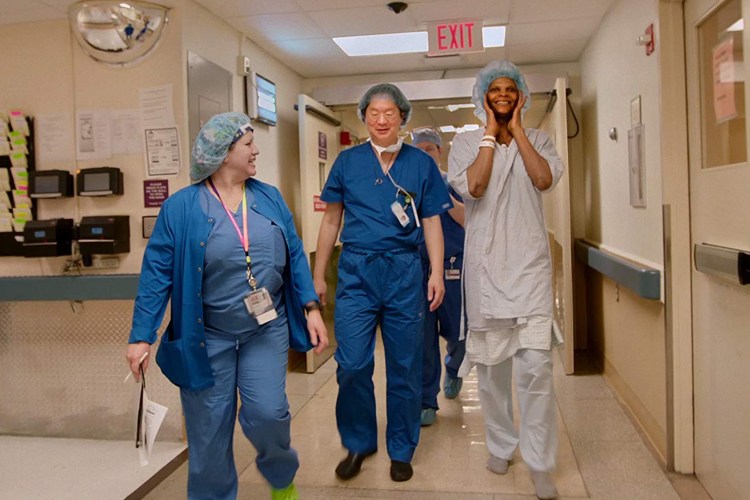 Before we learn anyone’s name, we hear the phrases “facial feminization,” “vaginoplasty” and “breast augmentation” and see someone transitioning genders addressed as calmly and as matter-of-factly as people telling a doctor their blood type. Seconds later, Debra begins crying when recounting the relief transitioning has had on her life.

That opening minute of Born to Be is a microcosm of the emotional depth this documentary achieves. The documentary centers on the groundbreaking work Mount Sinai Hospital’s Center for Transgender Medicine and Surgery (CTMS) has done since opening in 2016. CTMS surgeon Dr. Jess Ting and his team are surgically helping people with their gender transition with a feeling among the patients of them being made whole from CTMS’s work that permeates the film.

Director Tania Cypriano strikes a difficult balance between the joy and sorrow of people going through a surgery to feel whole. The story of Devin, 22, doesn’t end after a successful gender reassignment surgery and doing speaking engagements to inspire others by telling her story. We hear about the depressive episodes that followed and her suicide attempt. That’s how unflinchingly raw the doc gets. We’re in the operating room before, during and after the surgeries of five people transitioning.

The feature-length documentary is as hopeful as it is heartbreaking while always carrying an educational tone. We get full, background stories on all the people featured and their inclusion never comes off as test subjects of experimental procedures. The film delicately portrays them as people having the agency and courage to leave a former self they never agreed with, even if it may lead to welfare and depression. Born to Be will surely be a highly discussed documentary when it’s released.

On July 17, 2014, Eric Garner died after being placed in a chokehold by Officer Daniel Pantaleo of the New York Police Department. On Dec. 3, 2014, a Staten Island grand jury ruled to not indict the officer. The case sent tremors from the grassroots of Staten Island to the hallowed halls of the White House, yet America never got to see the case go to trial. American Trial: The Eric Garner Story is a fictional courtroom case about Garner’s death with real people involved in the case, existing in a gray area between fake and real.

Using real lawyers to prosecute, defend and judge the case in front of a real jury, American Trial: The Eric Garner Story may not be a real trial over Garner’s death, but it is an inventive way to delve deeper into a story that has analyzed from seemingly every angle for more than five years. It sure doesn’t feel fake when Garner’s wife, Esaw Snipes-Garner, threatens to leave the stand teary-eyed, saying, “this is a little too much for me” after the defense questioned her about Garner’s cigarette reselling operation. It also doesn’t feel fake when defense attorneys tried to paint a friend at the scene of the altercation as negligent for not informing the officers of Garner’s medical conditions.

The film doesn’t attempt to do more than present the evidence, but in doing, so it reveals a lot. We learn Esaw’s last words to her husband. We learn from Garner’s friend that Garner didn’t sell a single cigarette the day the cops approached him. We also learn that medically trained professionals can’t agree on if you can speak without breathing. The film is a necessary watch to get the full scope of the case, but it will surely break hearts.