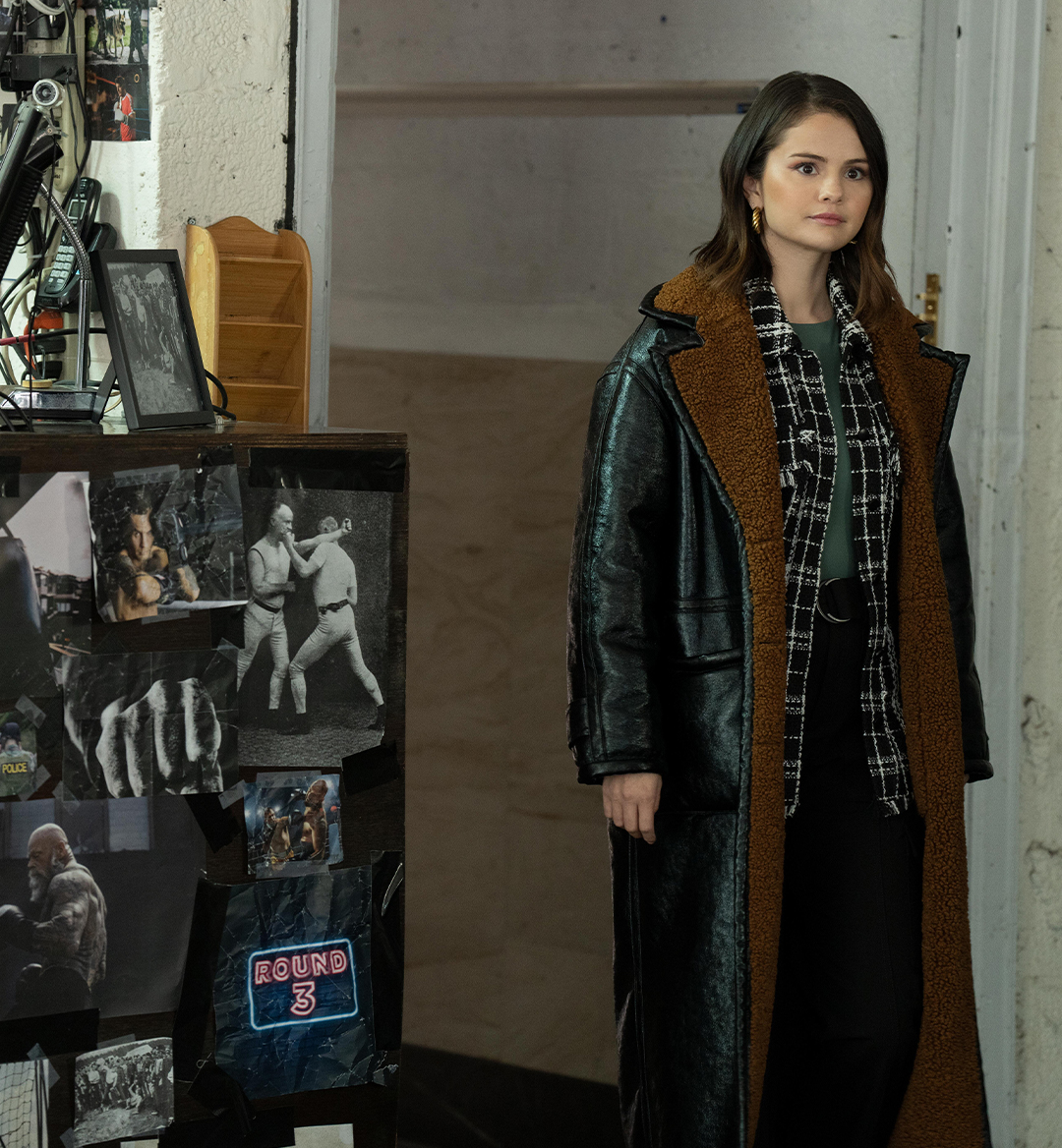 If you just finished the ninth episode of the second season of Only Murders in the Building and your head also feels like it's about to explode with glitter, then thank God I'm not the only one.

There were almost too many mini-plots and tiny details thrown our way in this episode, and given the string of bombshells that went off at the end, it's hard to make sense out of everything that occurred. However, being that it's my job to make sense out of all this, I broke down the main details and came up with a few different theories and scenarios about what we might see play out in next week's finale.

*SPOILERS ABOUT EPISODE 9 AHEAD* 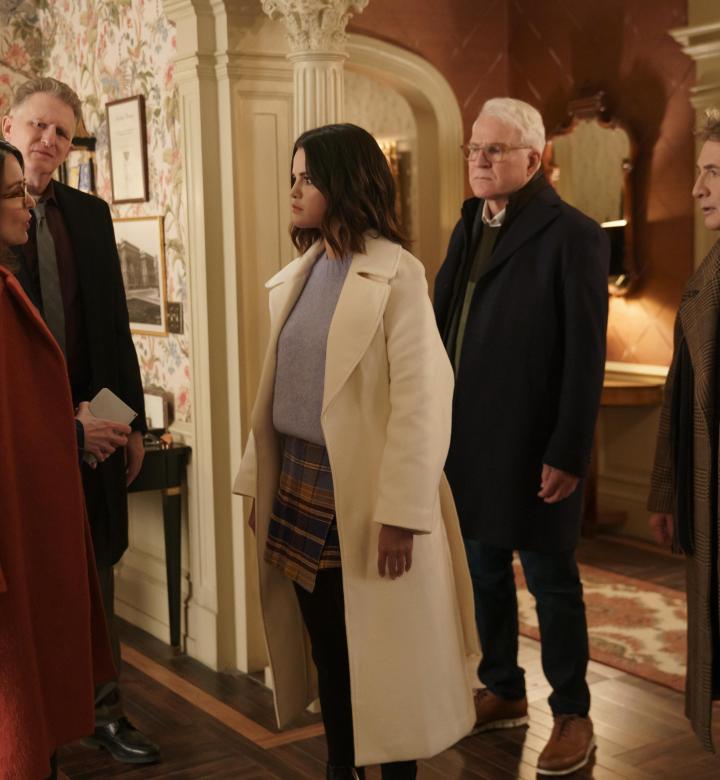 This is what we were left with at the end of the ninth episode:

With all that said, let's dive into the details.

The Most Annoying Man in the World 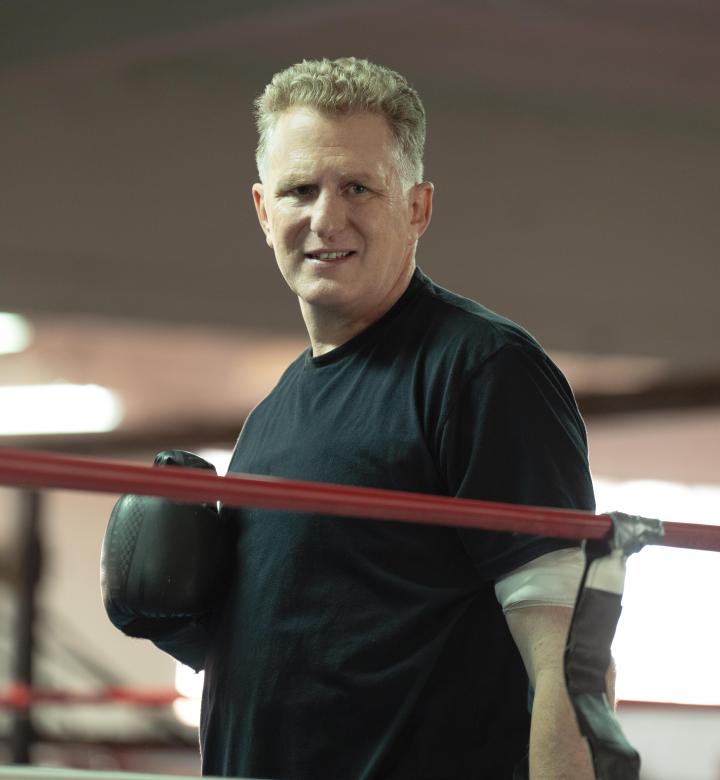 Listen, I want the murderer to be this guy, too—I really do. But right now, I don't believe that Detective Kreps is wholly responsible for pulling this thing off. He might act tough and train in a boxing gym, but Kreps is all bark and no bite.

As we've seen happen with the storylines of Alice Banks (Cara Delevingne) and Oliver's DNA test results, Only Murders in the Building likes to throw in quite a few canisters of smokescreen throughout the season, and as the end of Episode 8 revealed a bit of glitter on Detective Kreps' neck, it was easy to assume that he was responsible for it all. This time around, Kreps might be in on the operation, but he's basically just another red herring. 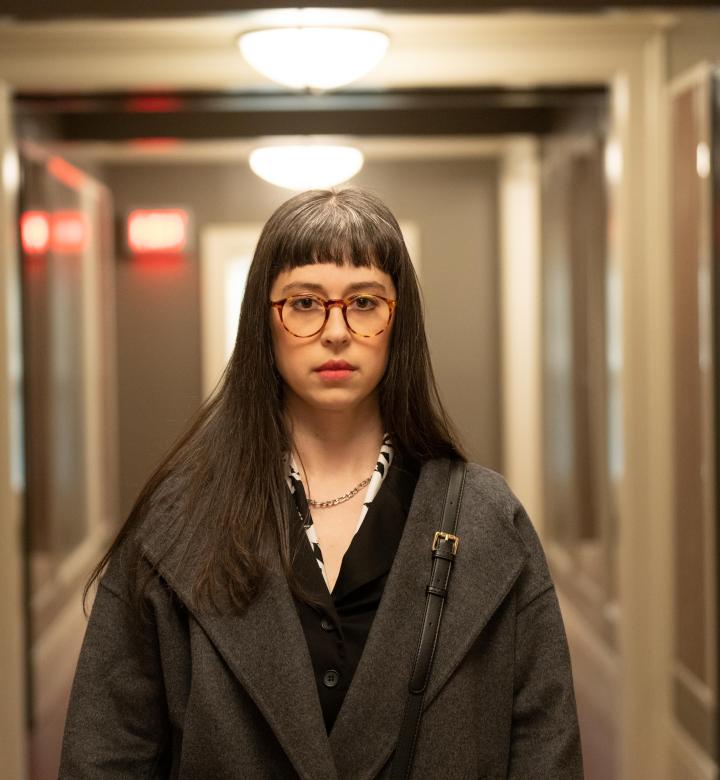 Now, this bombshell was probably the oddest of them all, but maybe that's just because I hadn't been paying enough attention to Canning's podcast. Sure, Poppy definitely seemed like she knew more than she was letting on, but overall she just came off as pretty sketchy. This time, she's finally being brought up to the big leagues since she's sick and tired of being treated (and paid) poorly by Canning. 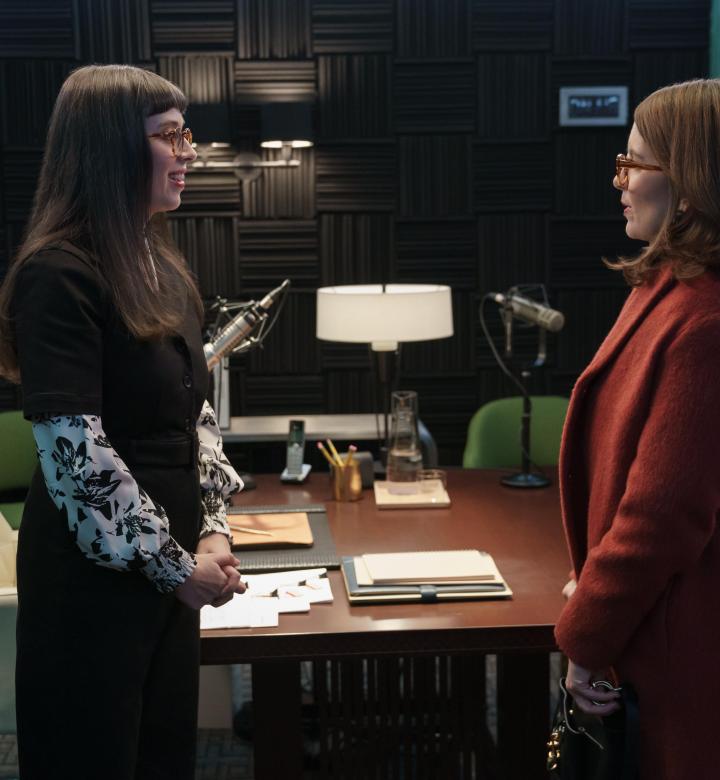 Okay, here's the big question: is Cinda Canning capable of killing someone? Honestly, she probably is, but she doesn't have time to be bothered with frivolous things like that; she'd hire someone else to pull off the whole thing.

All we know about the murderer so far is that they had a matchbook on them from the local diner, wore all black clothing with a face covering, and coughed on that fateful night. A tiny part of me thinks that it could possibly be Jonathan (Jason Veasey), the man that Howard Morris is interested in, though that's only because we have him coughing on record.

But who would Cinda hire? Sure, she could've dumped her dirty work on Detective Kreps as the two had a pretty intimate working relationship as we know now, but that seems like too obvious of a choice. Perhaps it's Poppy, though she doesn't seem like the right fit for this type of crime, either.

Overall, my bet is that Glitter Guy and the murderer are two different people: Kreps is Glitter Guy, but someone else did the actual killing. My hope is that the person who murdered Bunny is someone totally out of left field and not Detective Kreps or Canning. It would be too much of a stretch for Canning to go to all of this trouble just to tank someone else's podcast. That is, unless she has unknown beef with someone in the trio.

I have to say, if it is Canning, it seems like a bit of an easy cop-out since we've spent so much time on the other parts of the investigation: the underground passageways, the moving of the painting, the secret elevator, and Lucy's involvement, just to name a few. And what about Amy Schumer? What ever happened to her? Actually, if Schumer did kill Bunny, it'd explain why she's been completely MIA for the majority of the season. Okay, I'm pulling for Schumer now.