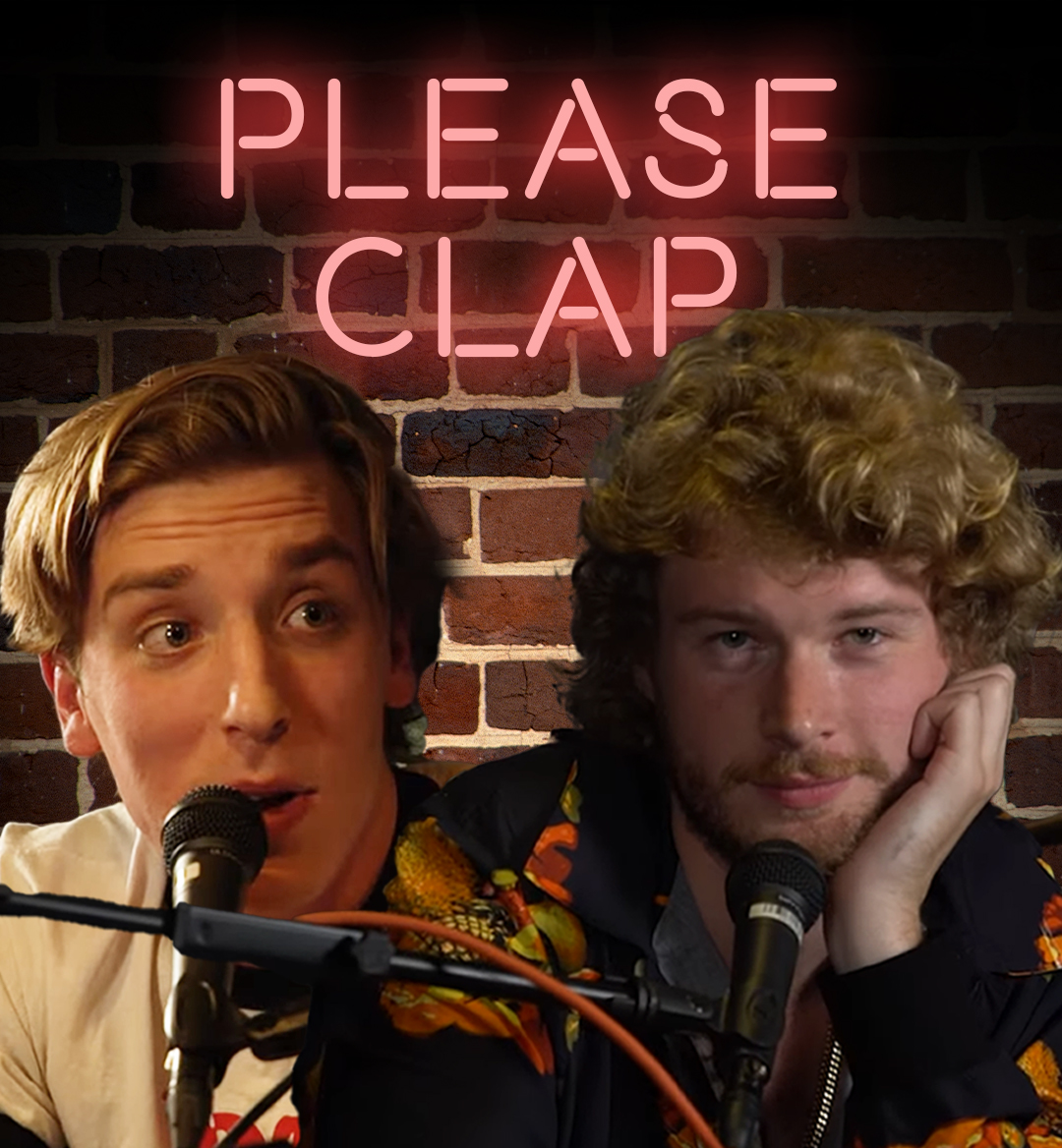 Sean Millea, host of ONE37pm's podcast, Please Clap, recently sat down with rapper, Yung Gravy, to talk about everything from rap and stage anxiety to beat samples and...licorice?

Anyway, both have unique personalities in their own right, which definitely made this episode one for the books. As a whole, the podcast pairs Millea with a new guest for each episode, where the two discuss a range of different topics, though most revolve around the world of comedy.

Given Sean's comedic background and involvement on the New York City comedy scene, each episode of Please Clap features hilarious stories from both sides of the table. A few of Millea's other guests have included Noah Snyder, Jamie Wolf, and Sarah Harvard, who are all regulars on the comedy circuit.

Please Clap likes to center around up-and-coming comedians on the scene, and though Yung Gravy isn't a comedian or even an up-and-coming artist (he's already well-established in the music world), his music almost always has a comedic side to it. And as a person himself, there's no denying how genuinely funny Yung Gravy is.

At one point in the interview, Millea actually ends up pitching one of his own songs to Yung Gravy, which results in a hilarious conversation between the two.

"Just overall, it's not horrible," Yung Gravy says. "At first, it was a little suss, but then, it came back in. You know, you added an instrument, bro."

Yung Gravy gets pretty deep when discussing how performing and anxiety can become intertwined at times:

"I have anxiety, so it'll hit on stage—in a lot of situations," Yung Gravy says. "Weirdly, performing isn't the primary cause of anxiety lately. When you're preparing to go on stage, you're sitting back behind the stage and you hear everybody and you're nervous as f***. And then you get out there and perform one song and you're completely comfortable. But getting to that point is always scary."

In that same vein, Yung Gravy talks about the early days of his career and how it's shaped up into the form it's at today:

"I never realized that my voice was unique," Yung Gravy says. "It was basically like I was good at marketing and branding—I went to school for business and marketing; I started a few little companies that all took off. But I think the rap itself and the flows and everything just came from being a hip-hop fan forever."

But in classic Yung Gravy fashion, he goes back to the funnier side of things, explaining how he might have a pretty touchy diss track coming his way.

"So, Addison Rae's mom, Sheri—her and I are involved," Yung Gravy says. "Her ex-husband, Monty, is continually talking s*** about me, and I got a message from a poppin' producer, who he DM'd, and was like, 'Yo, I need a beat—I need to make a diss track.' And I am so, so excited to hear that."