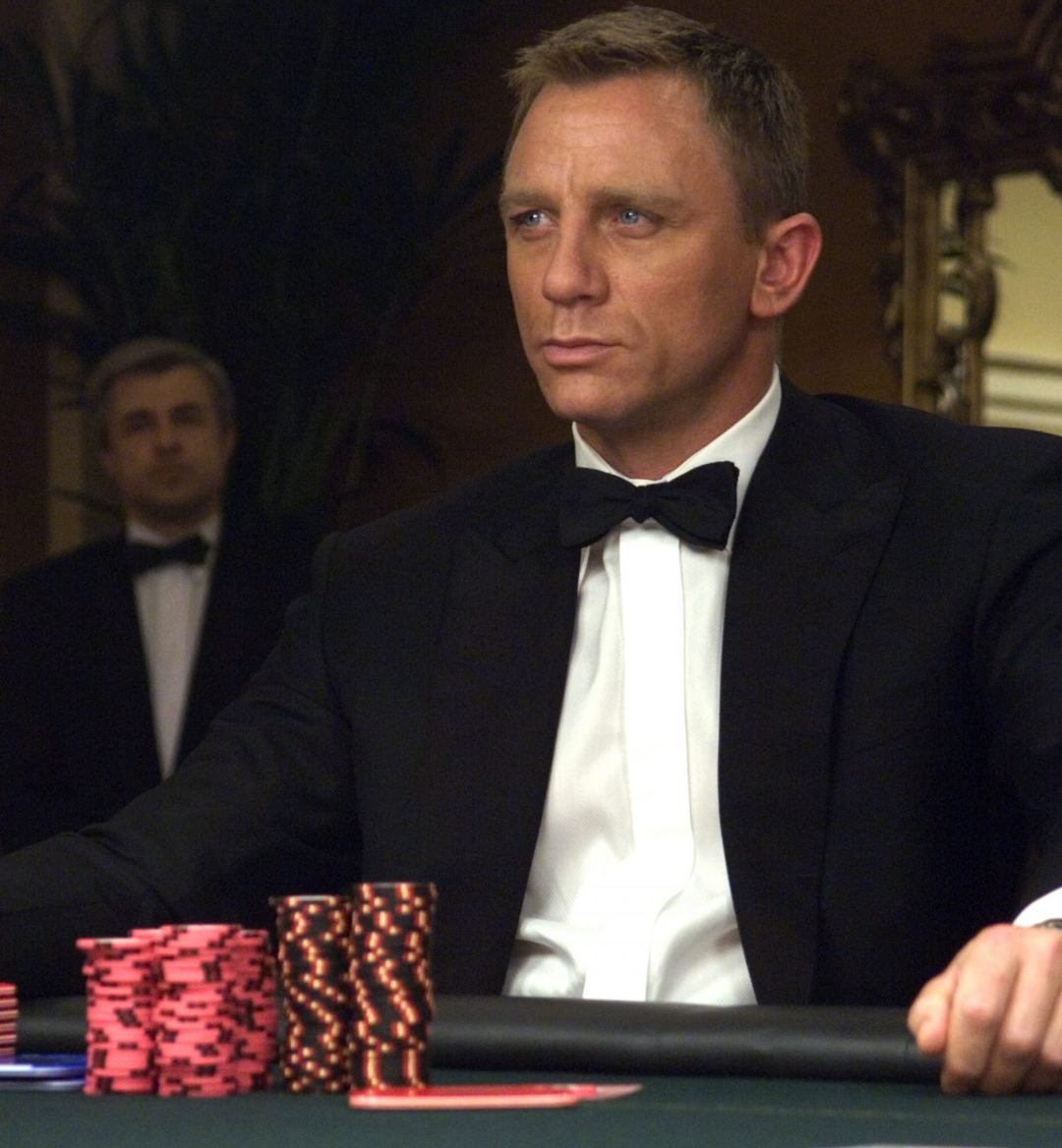 In a secret-filled world, spies can be hiding in every shadow. Whether secret agents are working for governments or acting as solo agents with their own positive or negative agendas, spies have become a backbone in both modern society and cinema. The Cold War, in particular, with Americans constantly afraid of Communist agents hiding and operating in the United States, brought the world of espionage to the forefront of people’s minds and has become a go-to topic for filmmakers wanting to explore the world of undercover agents with hidden agendas.

If your hobbies include spying on your passersby with binoculars or sticking your ear up against a wall to eavesdrop on your roommates, spy movies are right up your alley. I know from personal experience that being a secret agent for the government can be difficult (crap, did I just say that out loud?), and these movies and television shows elucidate different aspects of that tricky world. Read on to discover the 15 best spy movies on Netflix.

Of course, the most iconic fictional spy of all time was going to kick off this list of spy films and television shows. In the 2006 remake of Casino Royale, Daniel Craig donned a tuxedo and drank shaken martinis for the first time as James Bond.

In this film, Bond is still closer to the beginning of his storied career, and he is assigned to learn more about the financial exploits of terrorist financier Le Chiffre (Mads Mikkelsen). With his newly assigned license to kill, Bond has to learn more about Chiffre’s organization and enter a high-stakes poker game to hopefully thwart their newest attempts to bring in massive amounts of money.

For those reasons, Casino Royale is easily one of the best spy movies on Netflix.

As I mentioned in the intro, The Cold War is when the world of espionage and secret agents first entered the mainstream imagination. The 2019 film The Coldest Game follows Joshua Mansky (Bill Pullman), an American mathematician who is forced to become a spy for the government during one of the Cold War's most dangerous eras.

Set during the Cuban Missile Crisis, the movie follows the alcoholic Mansky as he prepares and competes in a chess tournament in Warsaw while simultaneously trying to discreetly take in as much information about the Soviets as possible.

Sacha Baron Cohen is best known for outrageous comedic roles like Borat and Bruno, but in The Spy, a miniseries co-produced by Netflix, Cohen’s dramatic abilities are on full display.

In The Spy, Cohen plays Eli Cohen (no relation), a Mossad agent tasked with carrying out important tasks for the Israeli government during the Six-Day War between Israel and Syria in 1967.

Based on real-life events, the crux of the story follows Cohen as he disguises himself as a man named Kamel Amin Thaabet and integrates himself into Syrian society, eventually gaining the title of Deputy Defense Minister in the hopes that the knowledge he gains and actions he takes will all benefit Israel in the long run.

One of Netflix's biggest and most expensive productions ever (I mean, look at this cast!) Red Notice is an action-packed thrill ride, in which an FBI profiler (Dwayne Johnson) must work together with an art thief (Ryan Reynolds) to track down another criminal (Gal Gadot.)

Based on an international bestselling novel, Munich: The Edge of War follows two diplomats, one British and one German, as they attempt to unravel a conspiracy that will unravel and spill over into World War II.

One of the best spy movies on Netflix picks up literally an hour after Casino Royale, as Quantum of Solace sees Bond seek revenge for the loss of a loved one.

While on the trail of the killer, 007 discovers a shadowy organization called Quantum. It falls to Bond to diffuse Quantum and Dominic Greene (Mathieu Amalric), one of its shadow members, from plotting a coup in Bolivia in order to gain control over its water supply.

Keeping with the gritty spirit of Casino Royale, Quantum of Solace is an action-packed, bloody film that shows James Bond going much further in fight scenes than he had in the past as he embarks on a personal rather than fully professional mission.

While the film is a fictional portrayal of three real women who served as British spies, A Call to Spy shifts the narrative a bit and changes up a few things here and there. Set during World War II, the movie follows the three women—portrayed by Sarah Megan Thomas, Stana Katic, and Radhika Apte—after they're appointed to a new spy agency by Winston Churchill.

The Angel, distributed by Netflix in 2018, tells the story of Ashraf Marwan (Marwan Kenzari), an Egyptian diplomat who was married to Egyptian President Nasser’s daughter and ended up working as a secret agent for the Israeli Mossad.

Based on Israeli professor Url Bar-Joseph’s book The Angel: The Egyptian Spy Who Saved Israel, The Angel, explores Marwan’s time working as a spy for Israel and the emotional struggles he went through in an effort to maintain peace between the two countries.

Set in the aftermath of the Six-Day War between the two countries in 1967, the film is full of double-crossings and loose ends that make it clear just how logistically and morally complicated being a spy can be.

Jackie Chan and Chris Tucker pair up in this spy-esque-comedy that joins two police officers—Detective Inspector Lee and Detective James Carter—together as part of a mission to save a high-profile client's daughter who's just been abducted. While the movie didn't receive flying colors critically, it has become one of the most hilarious, best spy movies on Netflix.

Based on the book Spycraft: The Secret History of the CIA’s Spytechs, from Communism to Al-Qaeda, Spycraft is a Netflix original docu-series that takes viewers through different key components of espionage and how they have evolved over the years. Released in late January 2021 to limited fanfare (potentially because the powers at be don’t want individuals to know the truth about American spycraft), the eight-episode series has entries on everything from the power of “sexpionage” to how agencies go about recruiting individuals to become spies.

Set in 1960 during the early days of the Cold War, the French are dealing with calls for independence in their then-African colonies, especially Algeria, and a domestic populace growing more liberal every day that makes the government increasingly worried about Communist interference.

Harrison Ford and Brad Pitt play on opposite sides in The Devil's Own, which finds Provisional Irish Republican Army member, Frankie McGuire (Pitt), in the United States under the name of Rory Devaney in order to steal a few anti-aircraft missiles. On the other end of things, Sergeant Tom O'Meara (Ford), a policeman, ends up throwing a wrench into McGuire's plan.

Another spy film that is loosely based on actual events, The Red Sea Diving Resort stars Chris Evans as an Israeli Mossad agent named Ari Levinson who works with Kabede Bimro (Michael K. Williams), an Ethiopian Jew, to evacuate Jewish refugees from persecution.

Based on the true story of Operation Mincemeat back in 1943, the eponymous film recreates the events, which was a British mission designed to trick Nazi forces into thinking they were going to attack Greece when in reality, the Allied forces were headed for Sicily. With its outstanding cast and true story, Operation Mincemeat is definitely one of the best spy movies on Netflix.

Based on the novel of the same name by Jennie Rooney, Red Joan tracks the eponymous Joan Smith (Judi Dench), an older woman who's ended up having a very long and chaotic career as a spy that spanned from before the Cold War to the early 2000s. As the book was inspired by the life of Melita Norwood, there are tons of parallels between the two in the film.

In one of the greatest spy movies on Netflix, Jon Hamm portrays Mason Skiles, a man who returns to his career as a diplomat in order to save one of his colleagues, Cal Riley, from being murdered. As his family was attacked and killed by the very same group who's after his colleague, Skiles doesn't hesitate to jump into action and help out in any way possible.

While John and Jane Smith might appear to be your average married couple, it goes a bit deeper than that, as the two are actually trained assassins. The only catch? They've been given the mission to kill each other.

Based on the novel, The English Teacher, The Operative follows two former intelligence agency operatives for Israel's Mossad who have lost touch over the years. However, Rachel (Diane Kruger) comes back into Thomas' (Martin Freeman) life after he gets an alarming phone call from her, which jumpstarts a mission to locate the recently-disappeared former agent.

A thriller about the U.S. mission to kill Osama bin Laden, Zero Dark Thirty tracks both the CIA team and Navy squad responsible for eventually locating him after a 10-year hunt. With its stacked cast in tow, Zero Dark Thirty is definitely one of the best spy movies on Netflix right now.

Watch now on Netflix
Slide 1 of 3
Did you like this article?