'The Watcher' Netflix Review: Not Your Average Haunted House 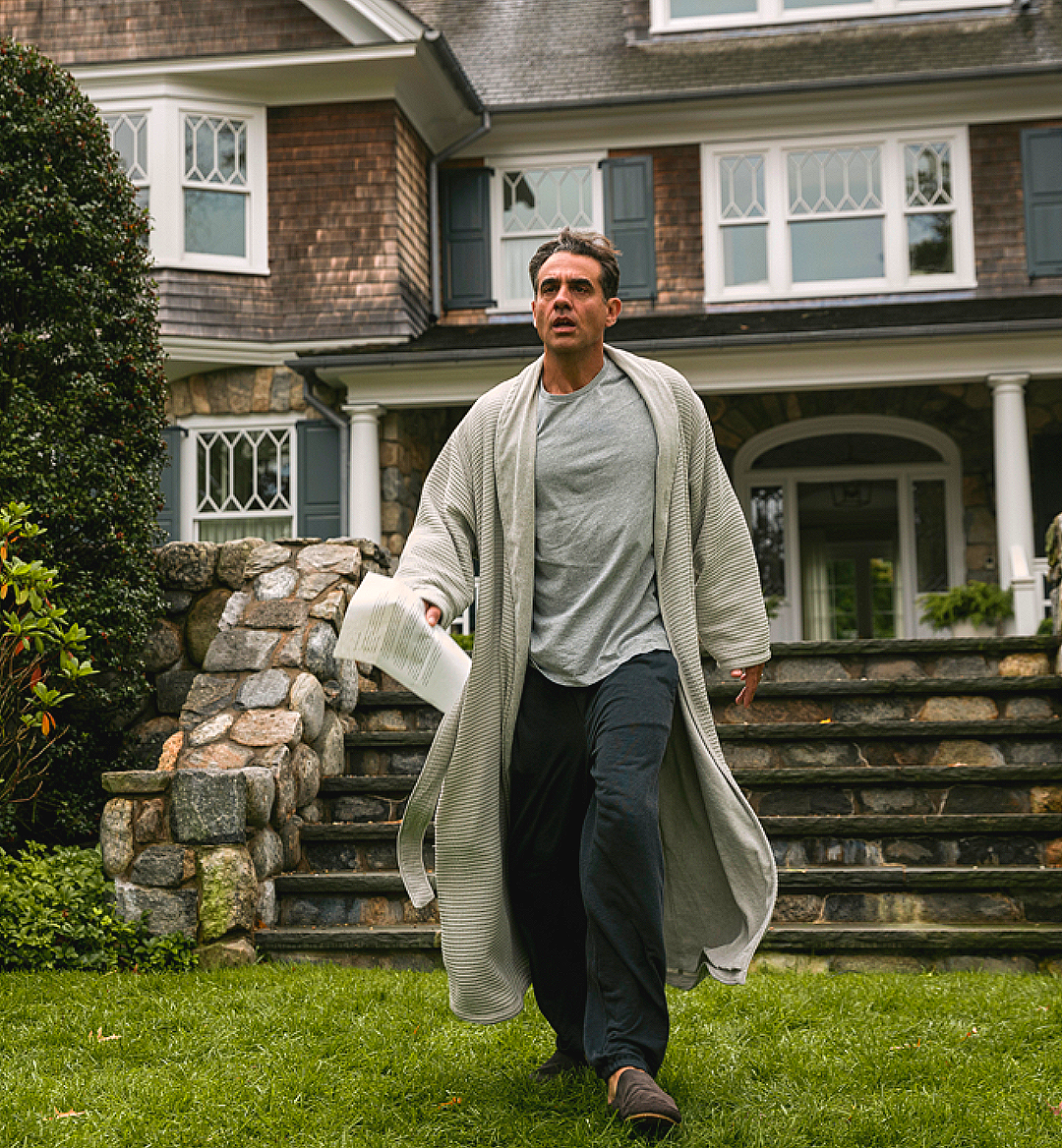 While at this point, the events of The Watcher feel like just another good 'ole bizarre New Jersey tale similar to that of 13 Bumps Road and The Gates of Hell (thank you, Weird NJ, for fueling my childhood), this one actually has some definitive credibility to it.

But do I still believe that 13 witches were buried under a residential road in New Jersey and that when you drive over the road, you can feel the bump of each one's head? Most definitely (and yes, I did try it once).

The story behind The Watcher isn't just another old story that originated in the 1700s: this was real recent—2014 recent. Basically, the story is that a family bought a new house in Westfield, New Jersey, and immediately started receiving creepy, threatening letters from an unknown stalker named "The Watcher."

But while all of that did occur back in 2014, Ryan Murphy, of course, put his little (big) twist on the plot, making things quite a bit darker than they actually were in real life.

Though this is a standalone miniseries, unlike Murphy's usual proclivity for making everything into an anthology series, there is definitely a major American Horror Story vibe going on in The Watcher. Whether it's watching a baby being sacrificed to a group of red robe-wearing cult leaders or simply just seeing a person dressed in black staring at the house from the street, Murphy is at his finest and most comfortable within the confines of thrillers and horrors.

And while the main attractions of the series are the threatening letters and the overall creepy nature of the house and its surrounding neighbors, the slowly boiling conflict within the Brannock family itself takes on a life of its own almost as soon as they arrive at 657 Boulevard. 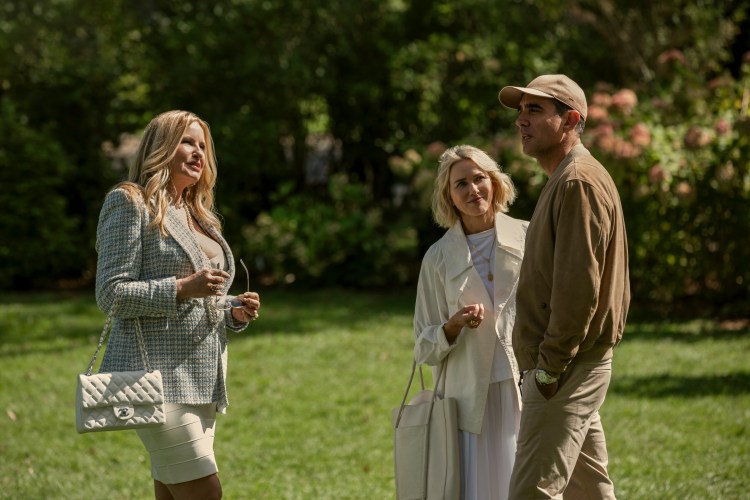 Listen, Naomi Watts puts on an incredible performance as Nora Brannock, but Bobby Cannavale practically steals the entire show in his portrayal of her husband, Dean, a man more concerned with outward appearances of perfection and wealth than his family's own safety and happiness. The pair also have two children, Ellie (Isabel Gravitt) and Carter (Luke David Blumm), who quickly become intermixed in the drama, as well.

We witness the downward transition of Dean's mental state as he becomes more and more entranced with the house and the person behind the threatening letters that just won't stop coming to his mailbox. But the conflict isn't just confined to the house itself.

Margo Martindale and Richard Kind play Maureen and Mitch, a married couple who lives just across the way from the Brannocks. Always donning matching outfits and unapologetically sitting in their lounge chairs with binoculars to spy on their new neighbors, it's no surprise that the pair is at the top of Dean's list of who could potentially be The Watcher.

Terry Kinney and Mia Farrow are the brother-sister duo of Jasper and Pearl Winslow, who also live extremely close to the Brannock's home. Pearl is her brother's mysterious mouthpiece, as Jasper is voluntarily mute and quickly makes his way to the top of Dean's list of potential Watchers as he's obsessed with 657 Boulevard.

Then, of course, we've got Karen Calhoun (Jennifer Coolidge), the odd realtor who's desperate to relist the Brannock's home after they start receiving the letters. For that reason alone, her true intentions become a little suspicious as she's beyond eager to get the Brannocks out of their new house.

Once the letters began, Dean hired Dakota (Henry Hunter Hall), a 19-year-old who runs his own security business and installs alarms and cameras all over the Brannock's home. But when other evidence comes to light, Dean moves Dakota to the top of his Watcher list, especially since he suspects that his daughter, Ellie, has struck up an intimate relationship with him.

In Dean's current mental state, practically anyone could be The Watcher. 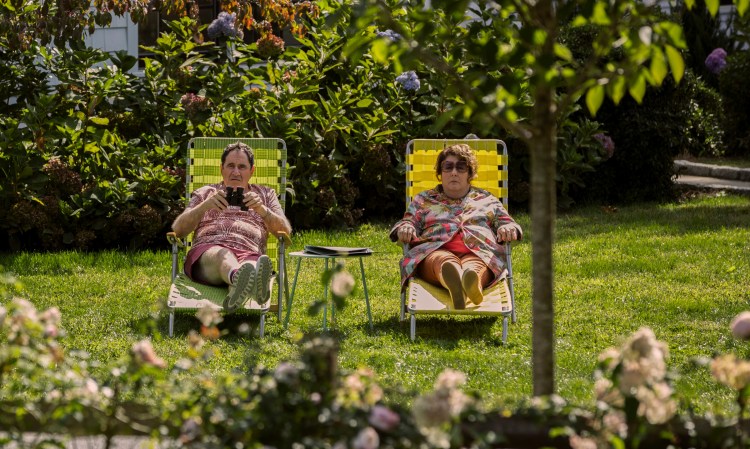 In looking at the entire production, The Watcher is a solid installation in Ryan Murphy's ever-growing Rolodex of television shows: it's got everything that a successful series needs, after all. Though in that sense, it almost feels like a box that needed to be checked off from Murphy's angle.

Following the success of his recent, record-smashing hit show, Monster: The Jeffrey Dahmer Story, it's easy for Murphy to seem like a machine cranking out stories left and right. And while there is a depth to Cannavale's character in this series, it feels like something is missing in comparing The Watcher to other classic Ryan Murphy shows like American Horror Story: Asylum and American Crime Story: The People v. O.J. Simpson.

But then again, it's possible that we've just been totally spoiled by those shows that every other one in its wake is perpetually doomed to be compared to them.

All in all, The Watcher is a success across the board, though I would've liked to see a bit more depth and exploration of other characters aside from Dean. But every show can't be American Horror Story: Asylum, and perhaps I need to let go of that constant hope because musical numbers performed by patients in mental asylums just don't come along very often.