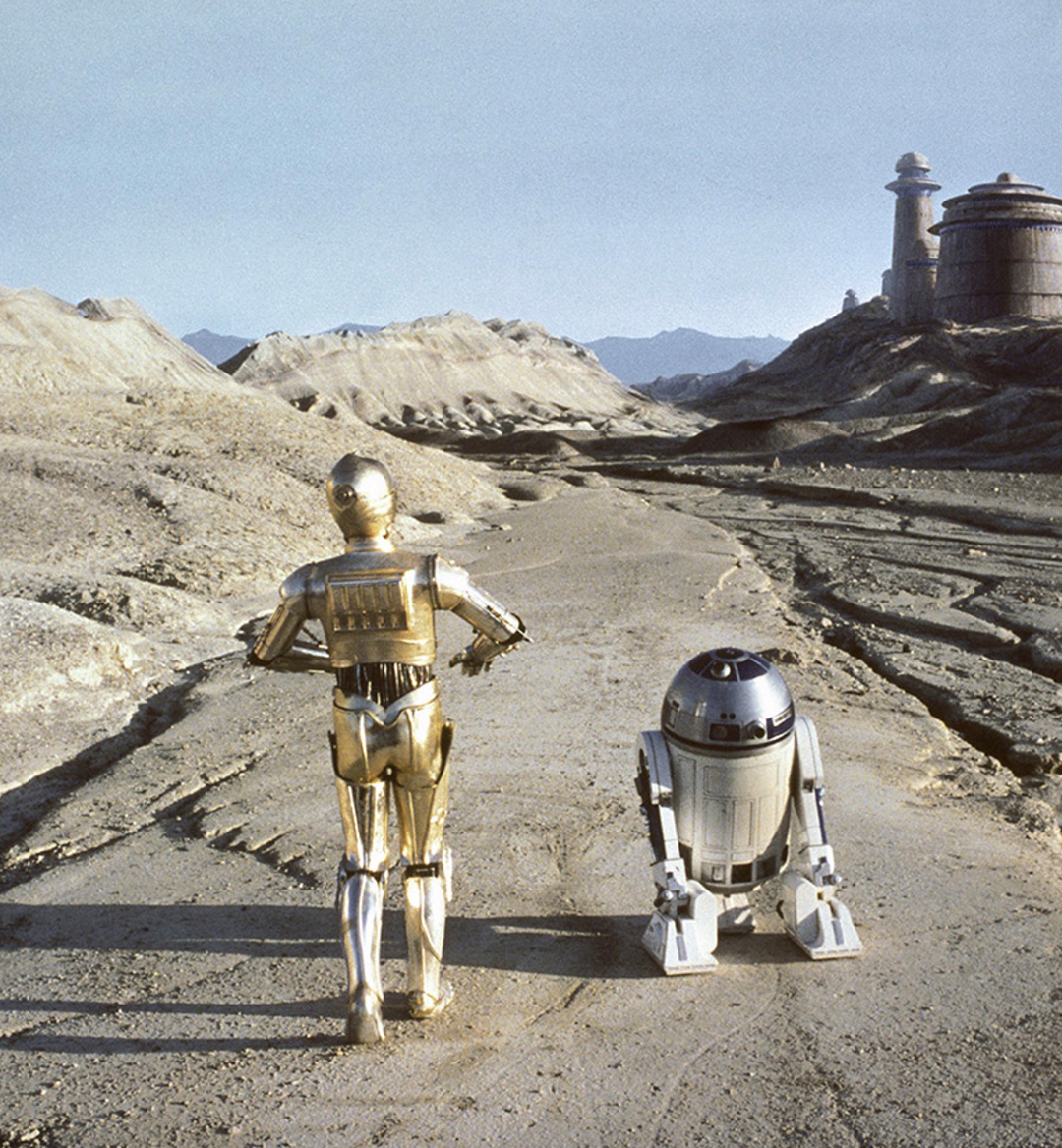 Are we eternally doomed to spend the rest of our days debating what is the best Star Wars movie? Well, I hope so.

The act of physically sharing our feelings on this question, however, is an entirely different debacle. I prefer to mumble my words when it comes to the fourth pick on my ranked list; actually, I like to mumble my words on just about every item on my list, as its entirety is probably a disgrace to most Star Wars fans—but I'm okay with that.

If the spoon chairs from Attack of the Clones didn't have a profound impact on your life, then what's the point of living?

Most everything that occurred in this film was completely derivative of the previous Star Wars films, which made the whole thing feel pretty predictable and unceremonious. Rey being the granddaughter of Emperor Palpatine? Nah, that doesn't sound like ANYTHING ELSE we've heard before. A forest planet for the site of the rebellion? And there are no Ewoks on it? Now that's just a crime.

We want a re-do, Star Wars.

This film was like being handed a glimmering ice cream cone only to have it splatter on the floor two seconds later. While we may have collectively dreamed for years about a Han Solo backstory, this one botched the main part of the story: Han Solo. Now, this isn't Alden Ehrenreich's fault—he just wasn't believable enough to pass off as Solo. In that sense, the film was practically set up to fail as Harrison Ford is the only one who can pull off Han Solo.

Now, the only reason that this one is ranked higher than The Rise of Skywalker is that there were actually some pretty tight action scenes, most notably with the Millennium Falcon.

Honestly, the only two redeeming qualities of this film are the crystallized alien foxes that pranced around and the dichotomy between the red and white colors in the final battle at the end—that's basically it.

This one's iconic for obvious reasons: it's where we saw the first glimpses of Anakin Skywalker switching over to the Dark Side and it's where he and Obi-Wan Kenobi duked it out just inches above the smoldering lava of Mustafar.

Not only was this the first Star Wars film I ever saw in a movie theater, but it was also the second time I was scarred in a movie theater (the first was in E.T. the Extra-Terrestrial). You know, because there's nothing quite like seeing a human getting his limbs sliced off and then being burnt alive.

While he was grossly underused, Darth Maul is basically the only thing that made this film interesting. Well, aside from the absolute chaos that is Watto.

Pod-racing is fun and all, but this isn't a Fast & Furious film—actually, now that I'm thinking about it, it kind of is: there's a ton of high-speed racing that distracts from the fact that everything else going on isn't really that important.

The Force Awakens was so well-made that it's genuinely confusing how the two films that followed ended up being so bad. This movie is the highest-grossing Star Wars film ever created, and rightfully so: it set the scene perfectly for a solid new trilogy: we had a fascinating backstory to Finn, the installation of a new female Jedi, and a pilot who could fly loops around anyone he encountered.

Now, this one really came out of left field.

No one was expecting Rogue One to be as brilliant as it is, which is what made it such an absolute pleasure to watch in the theater. The last two minutes of the film might be some of the greatest action in all of Star Wars history, as we got a glimpse into Darth Vader at his most ruthless. Not only that, but the CGI of Princess Leia was frighteningly perfect.

Her final word sealed the deal.

Don't worry, I already know I'm getting dragged for this one.

I already mentioned the spoon chairs from Kamino before, so I won't force you to suffer through that again, but in short, Attack of the Clones is the most underrated Star Wars film to date. Most people just brush it off for being a part of the flawed prequel trilogy, yet they often rank Revenge of the Sith and even The Phantom Menace higher than this one.

Let me explain this: Revenge of the Sith is only beloved because it's home to the Anakin vs. Obi-Wan showdown; The Phantom Menace is surviving because of Darth Maul.

Attack of the Clones isn't known for just one thing—it's actually got quite a bit going on. For one, we've got the whole cloning issue on Kamino, which is where Obi-Wan faces off against Jango Fett. And speaking of Fett, we not only get to see him release the glorious-sounding seismic charges while swerving around in space, but we also witness his death on Geonosis by Mace Windu.

The Battle of Geonosis is epic in its own right, featuring three different bizarre creatures that Anakin, Obi-Wan, and Padmé Amidala all have to take out. And to throw down an exclamation point onto all of that, Yoda goes absolutely HAM on Count Dooku following the Geonosis battle.

Listen, I get it: you think that this should be in the number one spot. After all, it's got the first face-off between Luke Skywalker and Darth Vader, the scenes on Hoth, the introduction of Lando Calrissian, and it features Princess Leia's greatest hairdo and outfit. This is, by all means, an outstanding film, but for some reason, it just doesn't top out for me when it comes to the OG films.

For me, it's the middle child of the trilogy.

It's the one that started it all.

For that reason alone, many would put A New Hope in their top slot, and rightfully so. It represents the heart of the series: when everything was simple and the only thing that was standing between success and failure was a tiny opening in the Death Star to shoot a laser beam into.

It's the blueprint for a decades-spanning series that will probably never die out, and because of that, A New Hope is something we'll always hold close and fall right back into.

What is the best Star Wars movie, you ask?

This. This is the one.

Return of the Jedi checks off all of the boxes for me: it's got Ewoks, baby Ewoks, Salacious Crumb's chaotic laughter, C-3P0 being treated like a God, a speeder bike chase, and the destruction of the Death Star II. Oh, and it's home to C-3P0's delivery of the greatest line in all of Star Wars history.

To me, it's always felt like the most emotional of the bunch, and being that I'm an avid crier, this one's the perfect fit. Luke and Leia realize that they're twins, Han and Leia are finally on the same page with each other, and the end scene with everyone celebrating by the fire is one for the books.

Watch now on Disney+
Slide 1 of 3
Did you like this article?