AC Momento Could be Football's Next Auction House 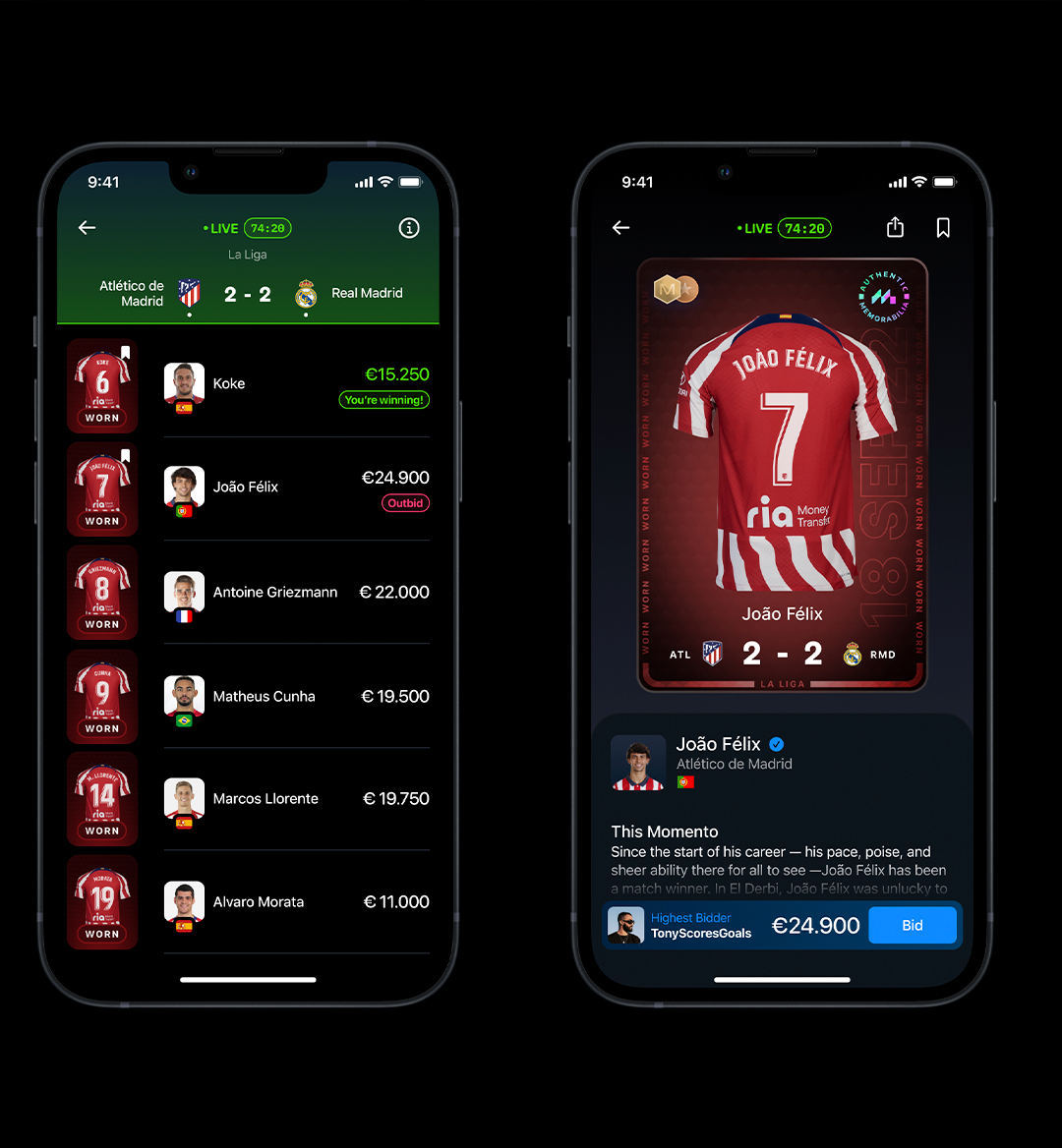 Football is a sport steeped in culture and passion which is why fans are constantly looking for ways to get involved. That's where AC Momento comes in.

For years, supporters have been seeking opportunities to get their hands on match-worn kits and other memorabilia. Secondary marketplaces have often dominated those bids and sparked huge prices.

It's nearly impossible to get your hands on Lionel Messi and Cristiano Ronaldo gear without breaking the bank.

AC Momento has a new way of doing business though and it's an exciting step for die-hard supporters looking to secure gear.

Founder and CEO John Brennan is committed to offering a new platform that gives fans the chance not only to find more affordable options worn by their favorite players but also to ensure that they're authentic.

"I think the biggest thing for us is knowing the authenticity is there and priding ourselves on the fact that our users will be satisfied," Brennan told ONE37pm.

"Match-worn items are a completely different ball game when you're shelling out big bucks. I'd buy something from other secondary markets and you'd get these companies authenticating them that you've never heard of.

"Sometimes you'd get lucky but there were definitely times where I'd get burned."

On Thursday, Momento announced it's teaming up with NWSL side Angel City FC ahead of their match against the San Diego Wave.

With the partnership, Angel City will use the money towards their Player 22 Future Program.

The initiative is designed to help former NWSL players start their careers in sports beyond the pitch.

Every S̵h̵i̵r̵t̵ Jersey Tells A Story

Meanwhile, Momento has major relationships with star players like Cesc Fabregas, Dani Alves, and Gerard Pique to show off their own kit collections.

"This just felt like an area with so much room for growth and opportunity," Brennan said. "We wanted to build something where we could work directly with clubs, who are important stakeholders.

"But then we also wanted to get with the players. Ultimately, fans love their clubs but the sport is increasingly being driven by people following the players they enjoy watching."

AC Momento isn't a secondary market for kits, but instead a marketplace that allows passionate supporters to bid in real-time during matches. 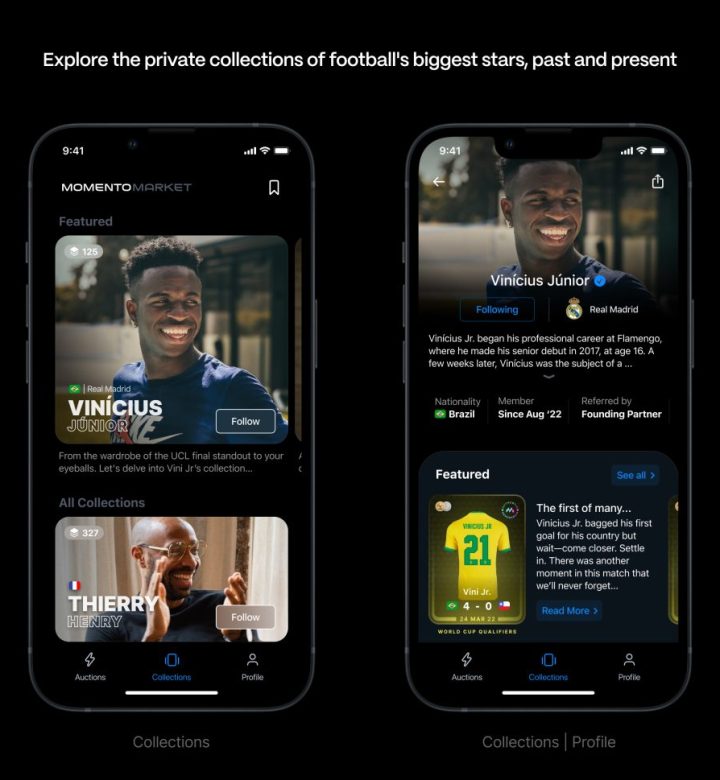 For example, a Milan fan could bid on a Rafael Leao kit during Serie A or UEFA Champions League games.

Supporters are offered an allotment of time to place bids during and after matches and then bids close and you have a choice of how to proceed.

Every match-worn kit includes a certificate of authenticity, is documented with professional photographs, and is shipped out accordingly.

Momento also hopes to live up to its name by providing in-depth details about the match when a supporter makes a purchase.

"I've gotten pieces of memorabilia before and you hang them on the wall and the COA is just in a folder in your closet," Brennan said. "In 2022, it makes more sense to get badges on your phone through the marketplace.

"Down the road, we could pursue a secondary market and that will make transactions easier by knowing when and where the kits came from."

Another concept Brennan is hyped about is the involvement of players and featuring their own collections. 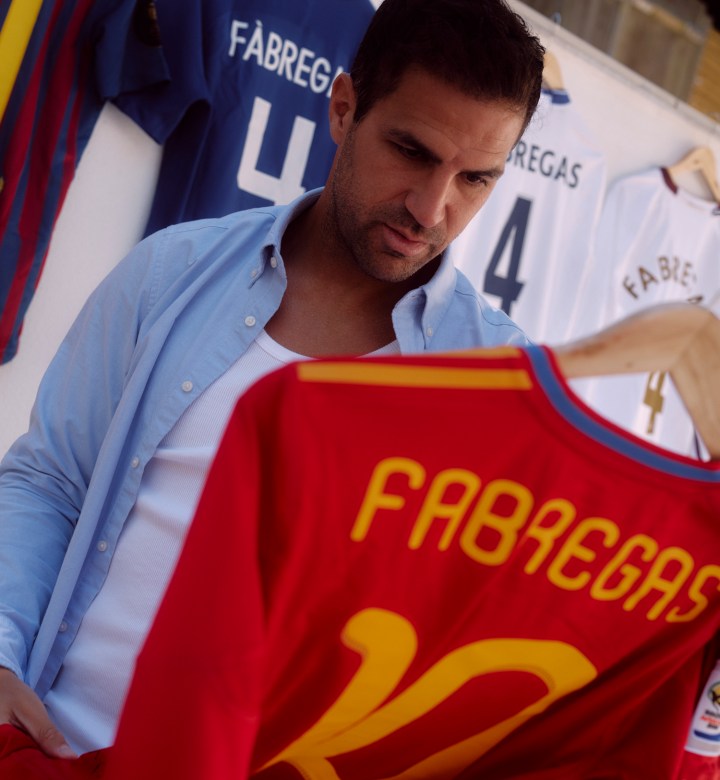 Athletes often have massive collections of their own memorabilia or from others that they've acquired over the years.

AC Momento hopes to connect footballers with fans more by unlocking their personal collections in the event that they want to offload items.

"The idea of buying a shirt directly from a player from their collection is like the art world," Brennan said. "It's very exciting the opportunities that can arise down the road."

For more about AC Momento and how football fans can get involved, please visit their website.

What’s Next For Futera United?