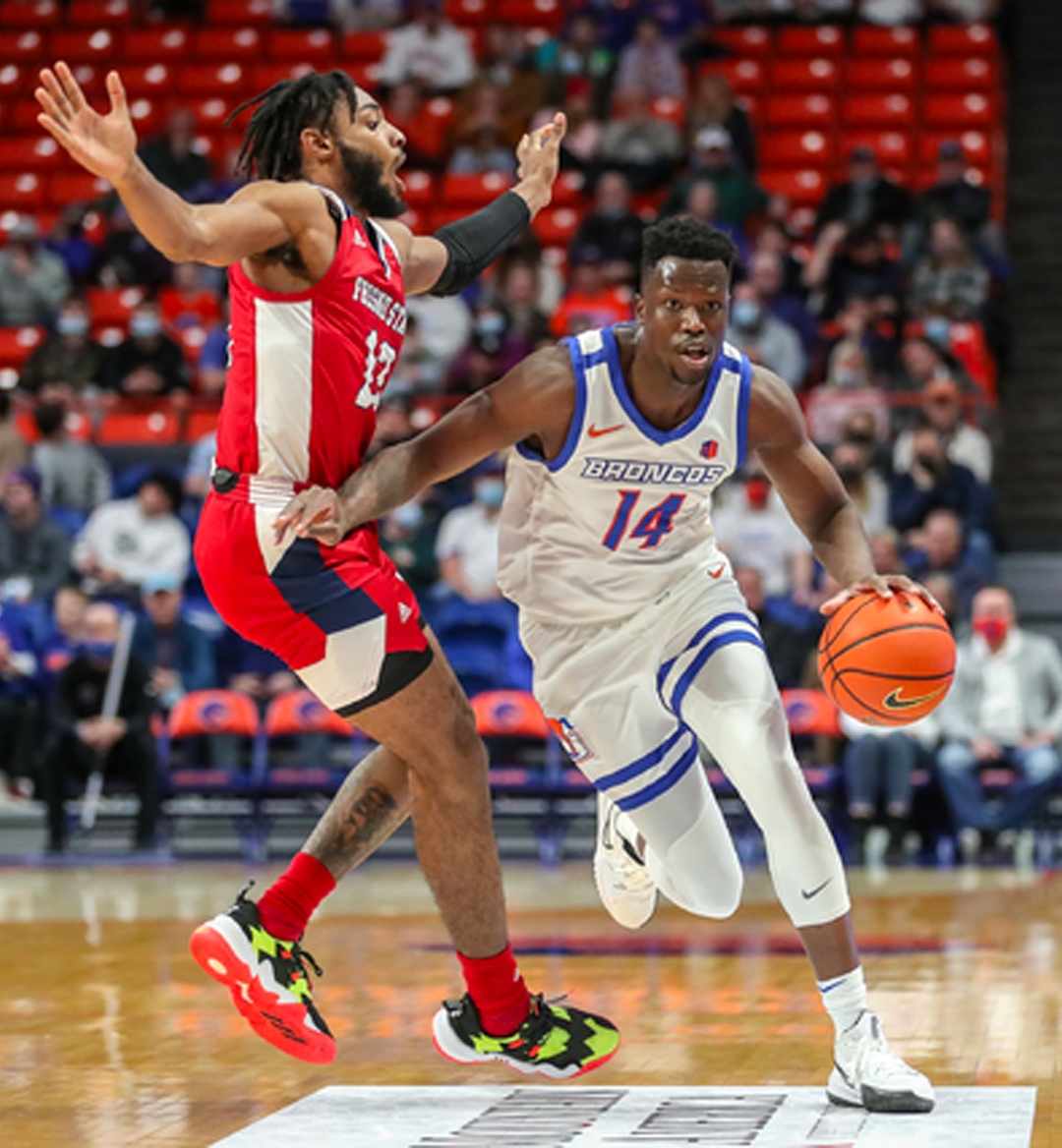 If the NCAA Tournament is March Madness, then consider this to be its pre-psychotic warm-up—between now and Selection Sunday on March 13th, all 32 Division 1 conferences will stage their conference tournaments and reward the champion of their mini-fiefdom with a bid to the Big Dance. Although we’ve just barely escaped February’s wintry clutches, a few conference tournaments are already in swing and the first batch of NCAA Tournament berths will be secured this weekend. With more than 300 high-stakes games on tap over the course of 11ish days, this is the best and most disorienting part of the college hoops calendar. Luckily, we’re here to help. Here is our guide to the Mountain West Conference tournament.

Boise State (24-6, 15-2): Traditionally, Boise State has been a football school, but their basketball program has also become a perennial contender in the Mountain West. This year is no different: the Broncos only dropped two games in conference play, propelled by an excellent defense and a balanced scoring attack that featured five players averaging double digit points per game.

Colorado St (23-4, 13-4): While the rest of the conference trends towards smash-mouth, defensive-minded basketball, the Rams are built around their super efficient offense, which ranks among the 30 best in all of college basketball. Namely, they’re an incredibly disciplined and accurate team—their effective field goal percentage and turnover rates are both in the top 20 nationwide.

Wyoming (23-7, 12-5): Up until Valentine’s Day, the Cowboys were nearly unbeatable and had cracked the top 25 poll as a result. Since then, though, Wyoming has dropped four of their last six games, potentially imperiling their NCAA Tournament hopes.

David Roddy, Colorado State: If you’ve ever wondered it would look like if PJ Tucker took pull-up threes, David Roddy is the player for you. A robustly-built 6’5 power forward, Roddy compensates for his relative undersizedness with his strength and skill. Averaging 19.4 points, 7.7 rebounds and 2.9 assists, Roddy is the likely MWC Player of the Year and has entered the discussion as a potential NBA first-round draft pick.

Graham Ike and Hunter Maldonado, Wyoming: Ike and Maldonado might just be the best one-two punch in college basketball. Ike is a bruising power forward who bullies his way into 20.1 points and 9.7 rebounds per game; Maldonado is an oversized guard who posts 19 points, 5.8 rebounds and 6.3 assists per game while lording over the court like a Big Sky country Magic Johnson.

Matt Bradley, San Diego State: After making the Pac-12 all-conference second-team last year at California, Bradley has been even better since transferring to San Diego State. The sole reliable offensive threat on his team, Bradley is perhaps the most valuable player in the country relative to his team’s performance. In SDSU’s 20 wins, Bradley averaged nearly 19 points per game while shooting 46.8 percent from the field; in their 7 losses, Bradley put up just 14 points per game on paltry 40 percent shooting.

The Mountain West reliably sends multiple teams to the NCAA tournament, so its own tournament doesn’t have quite the same intrigue as low-major ones. Still, these games will serve as a nice introduction to four teams who are strong candidates to become household names in a few weeks. There’s tremendous parity at the top of the conference, but Boise State has been the best team all year, so look for them to come out on top.