Anfernee Simons Is Ready for the Spotlight 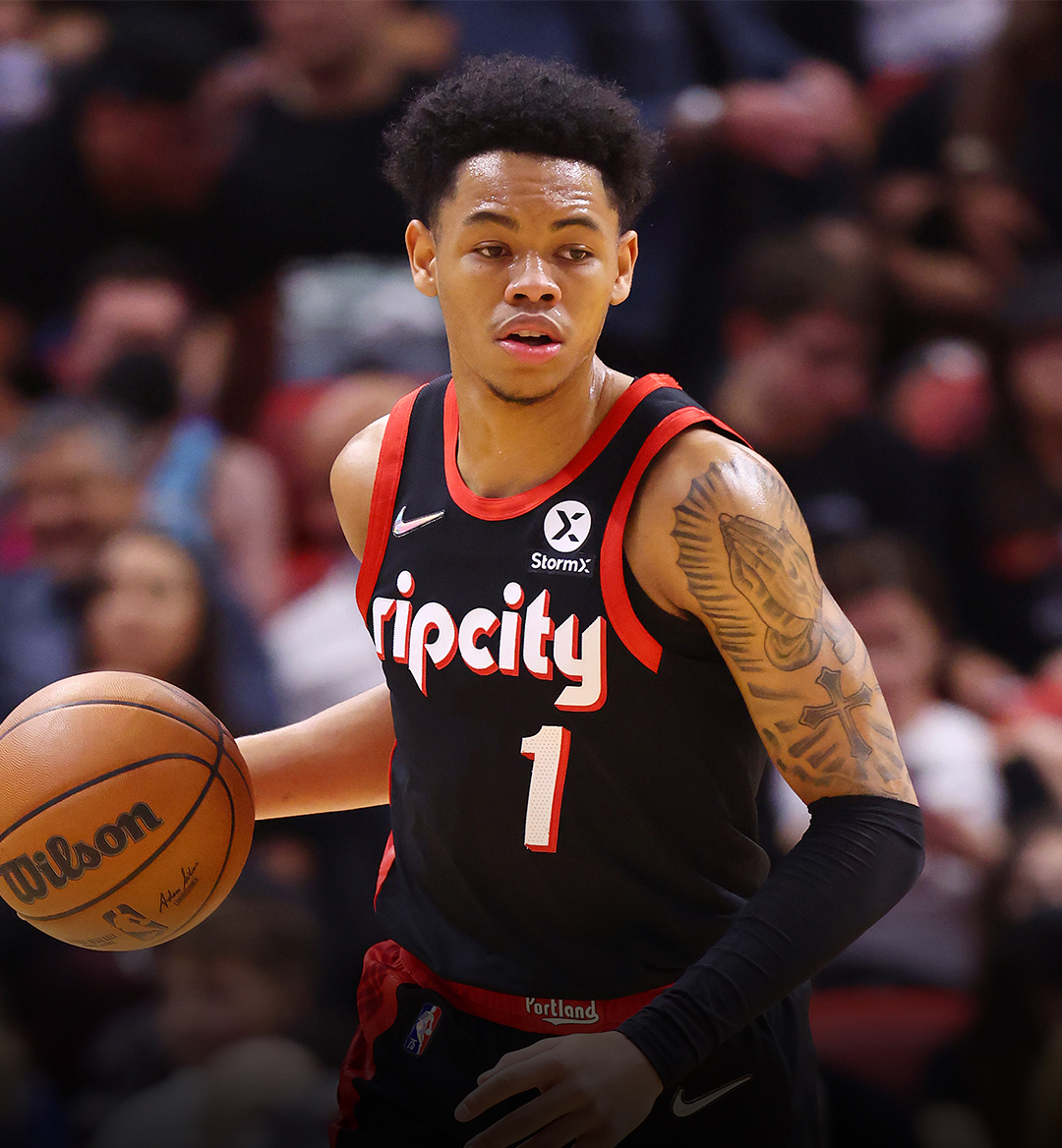 The NBA is defined by its superstars, and when you look at a team like the Portland Trailblazers it’s hard to notice anyone other than perennial all-star guard Damian Lillard. Pulling up from 35 feet and hitting clutch shot after clutch shot, “Dame Dolla” is must see TV. And while Lillard has put together a Hall of Fame resumé over the last few years, 22-year-old Anfernee Simons has quietly waited in the wings, internalizing lessons from Lillard’s success .

A 6’3 guard from Florida, Simons became the first American player since 2005 to get drafted straight from high school when the Blazers snagged him with the 24th pick in 2018. Entering the NBA, Simons was considered a long-term project, the kind of player who could help usher in the next era of Blazers’ basketball rather than contribute to the current one. When asked about his relationship with the then-rookie Anfernee Simons in 2018, Lillard candidly responded:

“When he gets about 25 I’ll probably be close to on my way outta here. So for me it’s different because I see him as he’s gonna be a star here when I'm on my way out. When that day comes, I want to be like ‘yeah, when he first got here, I was his vet.’”

With Lillard having been sidelined since mid-January with some ominous, vague abdominal injury, Simons has been thrust into a starring role for the first time. In his 23 games as a starter in Lillard’s absence, Simons has averaged 23.6 points and 6.1 assists per game. Even more impressive, he’s somehow become more efficient despite significantly amping up his volume—over this stretch, he’s posting sparkling 58.2 percent true shooting rate and nailing 42 percent of his threes, despite taking a hefty diet of unassisted shots.

When Simons has the ball, it’s almost impossible to ignore the similarities between him and his starrier mentor. Like Lillard, Simons is comfortable hoisting jumpers off the dribble from far behind the three-point line and expertly carves out space to get his shot off in the pick-and-roll. Too, Simons displays a similarly determined, no-nonsense attitude. Just as Lillard is known for taking absolutely no shit on the court, Simons maintains the same steely, even-keeled expression even as he drops 40 on your favorite team.

Having led Portland to a 12-11 record during his tenure as a starter, Simons is a much-needed bright spot in what’s become a fairly grim season. But rather than simply collecting stats on a bad team, Simons is genuinely creating opportunities for his team that wouldn’t otherwise exist. After a few lackluster years during the expiring daylight of Lillard's prime, it's all but inevitable that Trailblazers enter rebuild mode in the near future. When that day comes, they would make a crucial mistake not building around Simons.