Josh Giddey Is a New Kind of NBA Star 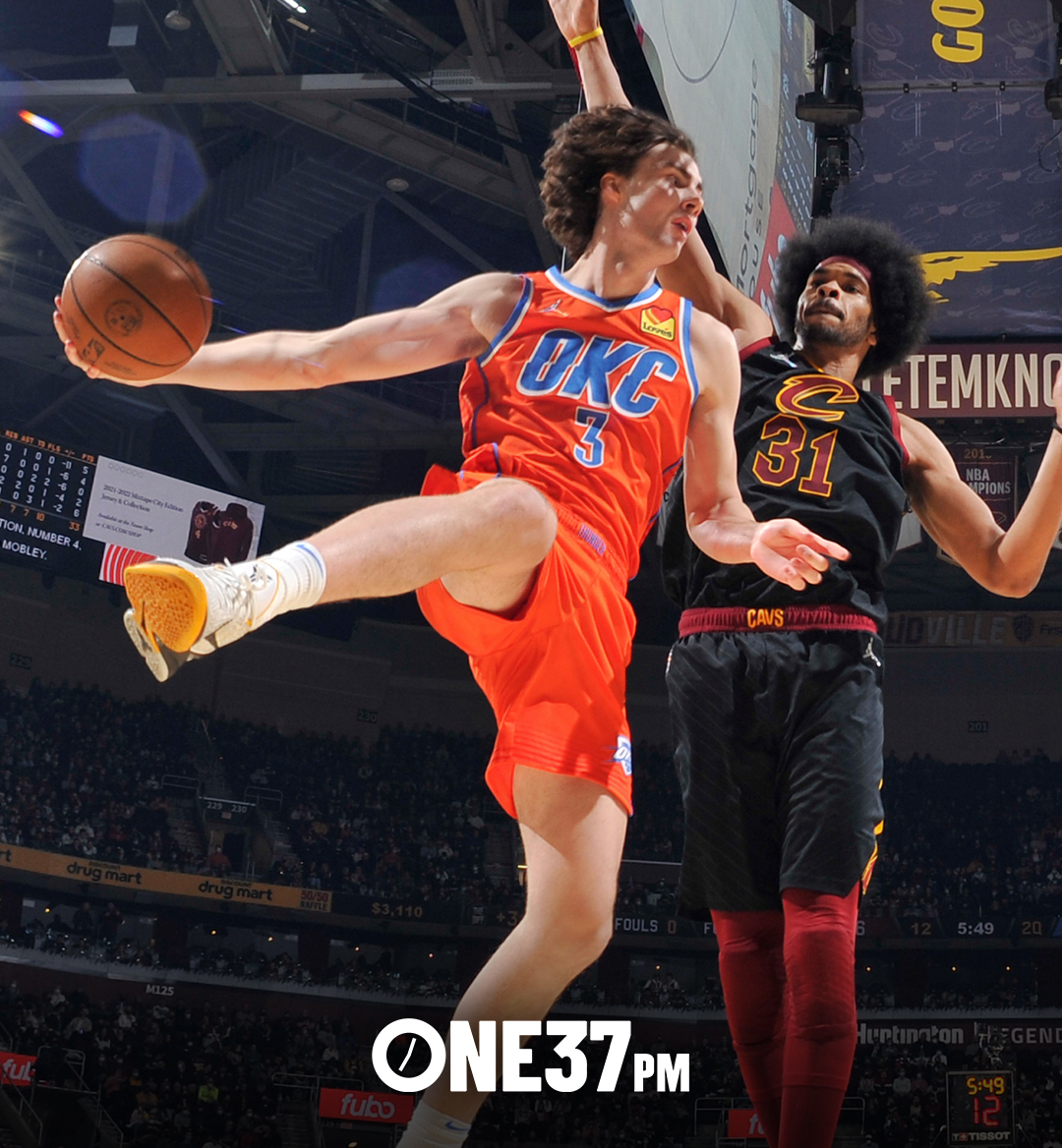 The future trends towards abstraction. Cryptocurrency has taken the idea of fiat currency to its furthest logical extreme, turning tangible dollars and cents into some invisible, impermanent store of value that exists only in Coinbase wallets and the people who own them. Non-Fungible Tokens have forced a wide-scale reevaluation of what it means to “own” something. The metaverse will divorce our daily life from our physical one. To live in modern society is to reconcile the idea that the real world increasingly exists outside of what was once considered the real world, to understand that tomorrow has no obligation to continue the ways of yesterday.

In this sense, Josh Giddey, the Oklahoma City Thunder’s precocious rookie, is the truest representation of basketball’s future.

Beyond the fact that his hair makes him look like a peach-defiling leader of House Atreides, there’s nothing outwardly remarkable about Giddey—he’s tall, but not that tall; quick, but not fast; sturdy, but not especially strong. In addition to the tired stereotypes of deceptive athleticism that accompany being a white player from Australia, Giddey isn’t an offensive threat in readily apparent ways; his shooting touch is circumspect and he’s an inelastic dribbler. When tasked with creating his own shot, Giddey betrays the leanness of his scoring bag, struggling to finish in the paint over interior defenders or create meaningful separation against perimeter ones. In a high-octane league that’s getting increasingly faster and more skilled, he’s more Prius than Porsche.

And yet, despite his individual limitations, Giddey has proven himself as one of the Thunder’s foundational players because of the way that he expands team-wide possibilities; his goodness is most evident in a grander and more opaque sense, rather than merely in discrete basketball skills. When Giddey is on the floor, the Thunder's shot quality increases and their proportion of assisted field goals skyrockets. In other words, he’s an insane passer, leading all rookies with 6.2 assists per game.

More impressive than the sheer quantity of his playmaking, though, is the quality of it. Through just his first 42 games, Giddey has quickly established himself as one of the most inventive passers in the NBA,  consistently able to not only deliver the “right” pass, but also the coolest. For Giddey, the patterns and rhythms of the game are mere suggestions; he can manufacture a corner-three for a wing or lay-up for a big in almost any context. Whereas his dribbling is stilted and inexact, he’s a truly ambidextrous passer, able to access a wide variety of deliveries with both hands. If there’s a pass to be made, he will make it. Besides LaMelo Ball and Trae Young, no other player hunts seemingly-unavailable passes as aggressively as Giddey.

As such, Giddey is such a brilliant passer that it affords him extra space as a scorer, even if he’s struggled to actually, you know, score. Although Giddey attacks the rim with gusto (his 14.7 drives per game rank in the 94th percentile league-wide, per Basketball Index), he rarely provokes any help defense—his scoring gravity ranks in the bottom pentile of the league. Herein lies both his biggest strength and weakness: defenses feel neither comfortable nor compelled to rotate against him . Giddey’s passing is so effortlessly and synesthetically brilliant that it makes help defense untenable; off-ball defenders fear making their proscribed rotations because Giddey will simply whiz pass to the open man. Players like Steph Curry and Giannis Antetokounmpo are hailed for their gravity, but Giddey's playmaking functions as a sort of anti-gravity, keeping defenders at bay.

Conversely, this inability to pressure defenses in any meaningful way is also proof of Giddey’s limitations; defenses don’t need to respond to him because he’s not a dangerous enough scorer to warrant a response. Even with the intense defensive apathy he receives, Giddey shoots badly from just about everywhere—according to Cleaning the Glass, Giddey is one of only two wings (the other being his teammate, Luguentz Dort) to rank in the bottom quartile as both a finisher at the rim and three-point shooter.

Whereas the skills (i.e. shooting and team defense) required of role players have more or less become codified in conventional wisdom, elite players are allowed—encouraged, even—to be increasingly weird and idiosyncratic; everybody in the NBA is so skilled now that the greatest marginal advantages are found in the things that be can’t filmed and put on Instagram. Now, stardom is a state of mind—its defining trait isn’t an unerring jumper or bountiful array of hesitations and crossovers, but rather the ability to offer something so unique that it can offset any individual deficiencies.  This is why Ben Simmons can refuse to do the most elemental basketball task and still headline a league-rearranging trade or why Trae Young can make an All-NBA team while probably not being able to guard my coworker’s dad.

Accordingly, Giddey represents the outermost frontier of this idea, challenging the conception of what it means to be a star player. He’s a bad shooter, below-average athlete, and porous defender on a team that’s more of a draft-pick hoarding pyramid scheme than an actual NBA franchise; he’s a future All-Star who has already offered proof of concept by becoming the youngest player in NBA history to rack up a triple-double. Giddey exists within the dialectic of whether NBA success is determined by how a player functions within the flow of the game or by how thoroughly they can manifest their own vision of it. Lots of players can shoot 37 percent from three while playing respectable defense but no one else can occupy Giddey’s specific valence of genius. Is it possible to be a great basketball player without being a great hooper? For Giddey, the answer is a resounding yes.