Best NBA Playoff Players of All-Time: Winning When It Counts 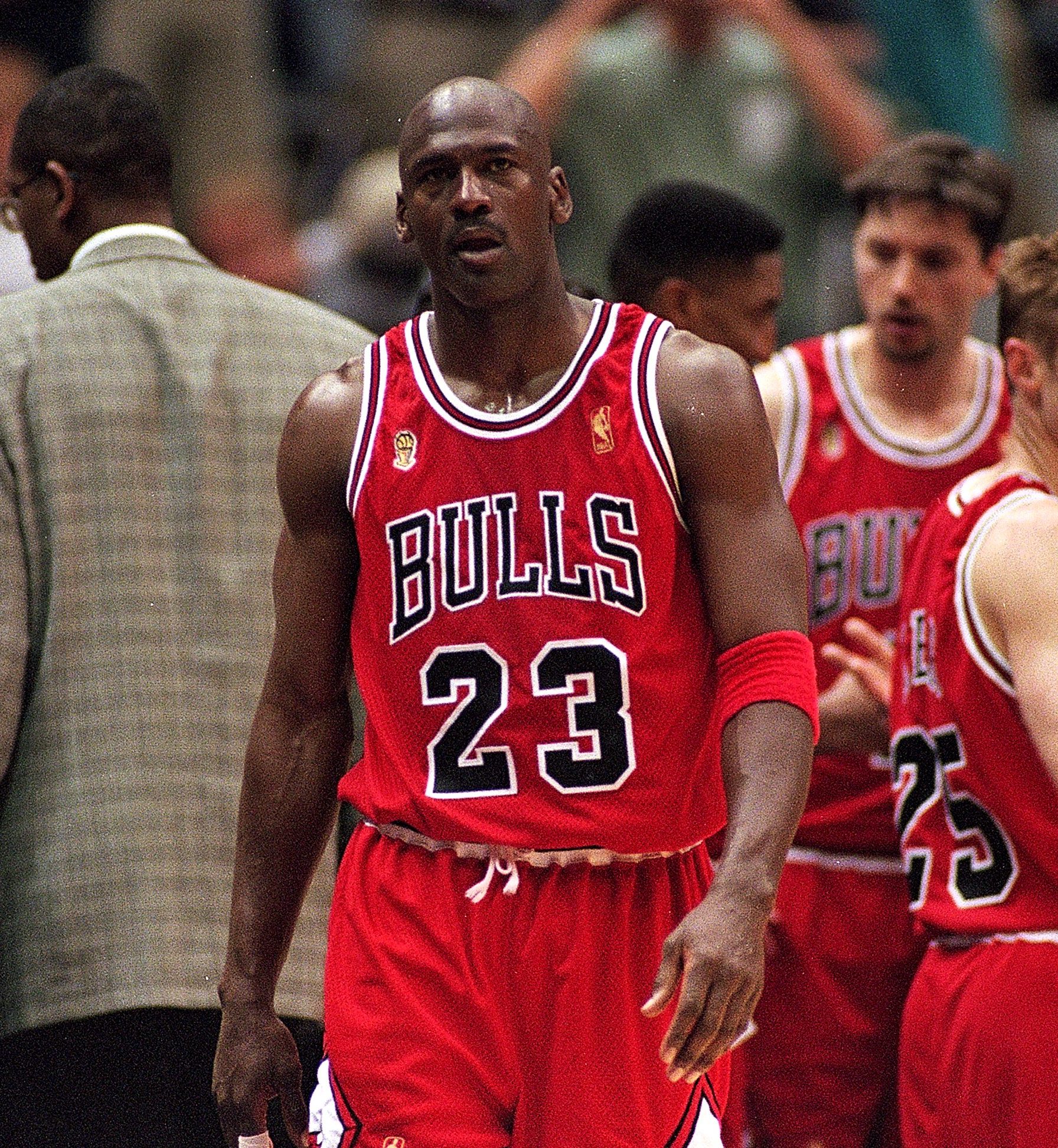 Who are the best NBA playoff players of all-time?

There's no bigger stage in basketball than the NBA finals. Each year thirty teams head into the season with championship aspirations, but only one team emerges victorious. Over its 75+ year history, the playoffs are where the NBA's best have made their mark.

Related: 2023 NBA MVP Race: Who Are The Favorites?

Simply put, legacies are built in the playoffs. What players are ultimately immortalized for is what they do when the games matter the most. Here are our picks for the 20 best NBA playoff players of all-time.

Looking at Robert Horry's stats, you might be thinking to yourself "how the hell did this guy get an honorable mention on the best NBA playoff players list?". However, in the lore of the NBA, 'Big Shot Bob' is a certified legend. He's had hit some of the most epic game winning shots for his teams and in turn has seven rings to show for it.

There was a narrative before the 2022 NBA Finals that Steph Curry was a playoff choker. His stats and preceding three rings should've erased all those doubts, but finally winning his first finals MVP in 2022 has solidified him as one of the best NBA playoff players ever. In that series, he averaged 31.2 points, 6.0 rebounds, and 5.0 assists.

Curry has given us incredible game seven moments and dominating NBA finals performances, and he still has plenty of time to add additional rings.

There was once a day that the road to a NBA Championship ran through New York, and that was because of the electric play of Willis Reed. His greatest moment came during game seven of the 1970 NBA Finals. Despite battling severe injuries, Reed suited up and helped push the Knicks past the Lakers, giving the franchise it's first NBA Championship.

Kevin Durant may have become the NBA's villain after leaving the Oklahoma City Thunder to join a Golden State Warriors team that had previously won 73 games, but that doesn't change how dominant he is in the postseason. Durant averages nearly 30 points per game in the postseason and does it with incredible efficiency. In his first Finals MVP performance, Durant averaged 35.2 points on 50/40/90 shooting splits.

There are few, if any, NBA players who put up ridiculous box scores like the great Wilt Chamberlain. From averaging 50 points in the regular season to scoring 100 points in a single game, Wilt was unstoppable. He helped the 76ers win a championship early in his career and helped the Lakers win one more chip near the end of his career. One thing's for sure, you didn't want to matchup across Wilt in a playoff game.

Allen Iverson might have zero championships to his name, but his 2001 playoff run is one of the greatest off all-time. With a mid-tier supporting cast and an ancient Dikembe Mutombo, Iverson lifted the 76ers to the NBA finals. They got dominated by a far superior Lakers team, but Iverson averaged 35.6 points in the series. A.I. is definitely one of the best NBA playoff players of all-time.

Dirk Nowitzki was looked at as one his eras greatest players, but that image was wildly distorted after the 2006 finals. Nowitzki's Mavericks lost to the Miami Heat, but finished the following season with the 1st overall pick.

In 2008, they lost in the first round to the 8th seeded Warriors, giving Nowitzki the label of a playoff choker. However, all doubts were erased after Nowitzki led the Mavericks to an improbable Finals win against the Miami Heat in 2011. Dirk is now considered one of the best NBA playoff players ever.

Elgin Baylor is one of the NBA's greatest, and the fact he doesn't have a ring is truly tragic. Two games into the 1970-71 season Elgin Baylor officially retired. Unfortunately for him, his Lakers went on to win the championship that season and he would not get a ring. Baylor did have several incredible performances for the Lakers in the postseason including a 61 point game, the second most points scored in a playoff game ever.

Kawhi Leonard delivered one of the greatest playoff runs of all-time while leading the Toronto Raptors to their first ever title in 2019. What's most incredible about Leonard's time in Toronto is that he only spent one season there. He had one season to acclimate with his team, learn the system, and get comfortable with the team, and it proved to be more than enough time.

If Leonard wins a finals MVP in Los Angeles, he will become the second player to win three finals MVP's with three different teams. He's truly one of the best NBA playoff players of all-time.

Hakeem Olajuwon may never get the flowers he truly deserves and that's because he played in the same era as the GOAT. In the two years that Michael Jordan was retired, Olajuwon took full advantage, leading the Rockets to back-to-back titles in 94-95. During that run, he put up 30+ points and 10+ rebounds per game.

There were two kings of the 90's and it was Michael Jordan and Hakeem Olajuwon.

The 'Greek Freak' cemented his legacy with an incredible playoff run in 2021, beating numerous legends along the way. Giannis carries himself with a sense of purpose and humbleness that you just don't see from today's superstars. One thing's for sure, when Giannis is on the floor he'll be giving his all for the team and city he plays for.

Larry Bird is a legend not only for his incredibly efficient shooting, but he is also one of the NBA's greatest trash talkers. Some of his best moments came during his bitter rivalry with Los Angeles Lakers point guard Magic Johnson. His sweetest victory came against those Lakers in a tight seven game series to end the 1984 season and give Larry his second ring.

In 1969 the NBA decided to start awarding a Finals MVP for it's annual championship game, and the first ever winner was 'The Logo' Jerry West.

West remains the only player in NBA history to win the Finals MVP despite his team losing the game. He would get his revenge in 1972 and finally win the NBA finals he so desperately searched for.

There is no player in NBA history as dominant or physically intimidating as the great Shaquille O'Neal. Shaq won three finals MVP's during the Lakers three-peat in the early 2000's and would later win another championship with the Miami Heat. His best performance in the finals came in 2000, averaging 28 points and 16.7 rebounds throughout the series.

There is nothing scarier on an NBA court than a locked in Kobe Bryant. Bryant embodied the mind and spirit of Michael Jordan and channeled that intensity onto the court every time he played.

His career defining moment came during the 2010 NBA Finals. Going up against a stacked Boston Celtics squad who had beat them previously in 2008, Bryant and the Lakers willed their way to a championship in game seven, giving Kobe his fifth ring.

Magic Johnson is undoubtedly the greatest point guard of all-time (Steph Curry may have something to say about that by the time he's done playing).

As a rookie in 1980, Johnson carried the Lakers to a finals win against the 76ers despite Kareem Abdul-Jabbar sitting out due to injury. Magic helped the Lakers win five titles overall and is the all-time leader in career assist average in the playoffs.

There is no NBA player who has won more regular season MVP's than the great Kareem Abdul-Jabbar, but we're talking about the postseason today. Kareem is one of the most important figures in the history of basketball, helping show the greatness of the game while partaking in social movements off the court. Although he didn't go undefeated in the finals, he does have the rings to match Michael Jordan.

Tim Duncan is the NBA's silent killer. The towering forward will quietly dice your team up for 20 points and 11 rebounds all while protecting the rim like it's the arc of the covenant. Duncan helped the Spurs win five finals overall, including a huge upset victory against the Miami Heat in 2013. What's most incredible is that Duncan was able to dominate a Western Conference that featured the likes of Kobe Bryant, Dirk Nowitzki, Kevin Garnett, and more.

In mid-2022 we lost maybe the most important individual player in NBA history. The great Bill Russell is a key reason that the NBA has become what it is, and as fans we will always be in debt to him.

He won 11 championships throughout the 50's and 60's with the Celtics. Russell exemplified what it meant to be a winner and how to carry oneself with class, earning the honor of having his name be the moniker for the finals MVP trophy. Thank you for all you did for the game, Bill!

When LeBron James starts a playoff run, its terrifying. We have seen the King run through the East like it was a pregame shoot-around, advancing to the NBA finals in eight consecutive seasons.

His defining moment would come during the 2016 finals. The Golden State Warriors were a powerhouse, winning a NBA record 73 regular season games and held a 3-1 lead over the Cavs. James willed his team back and the rest is history.

Did you really think anyone else would be #1 on this list?

If you were to look up winning in the dictionary, a picture of Michael Jordan would present itself. MJ was an absolute monster in the playoffs, constantly breaking scoring records and going on multi-year runs that still have yet to be matched today.

Jordan helped grow the brand of basketball regionally and internationally, cementing himself as the greatest of all-time. I'm not sure if there will ever be a superstar to go 6 for 6 in the NBA finals again.