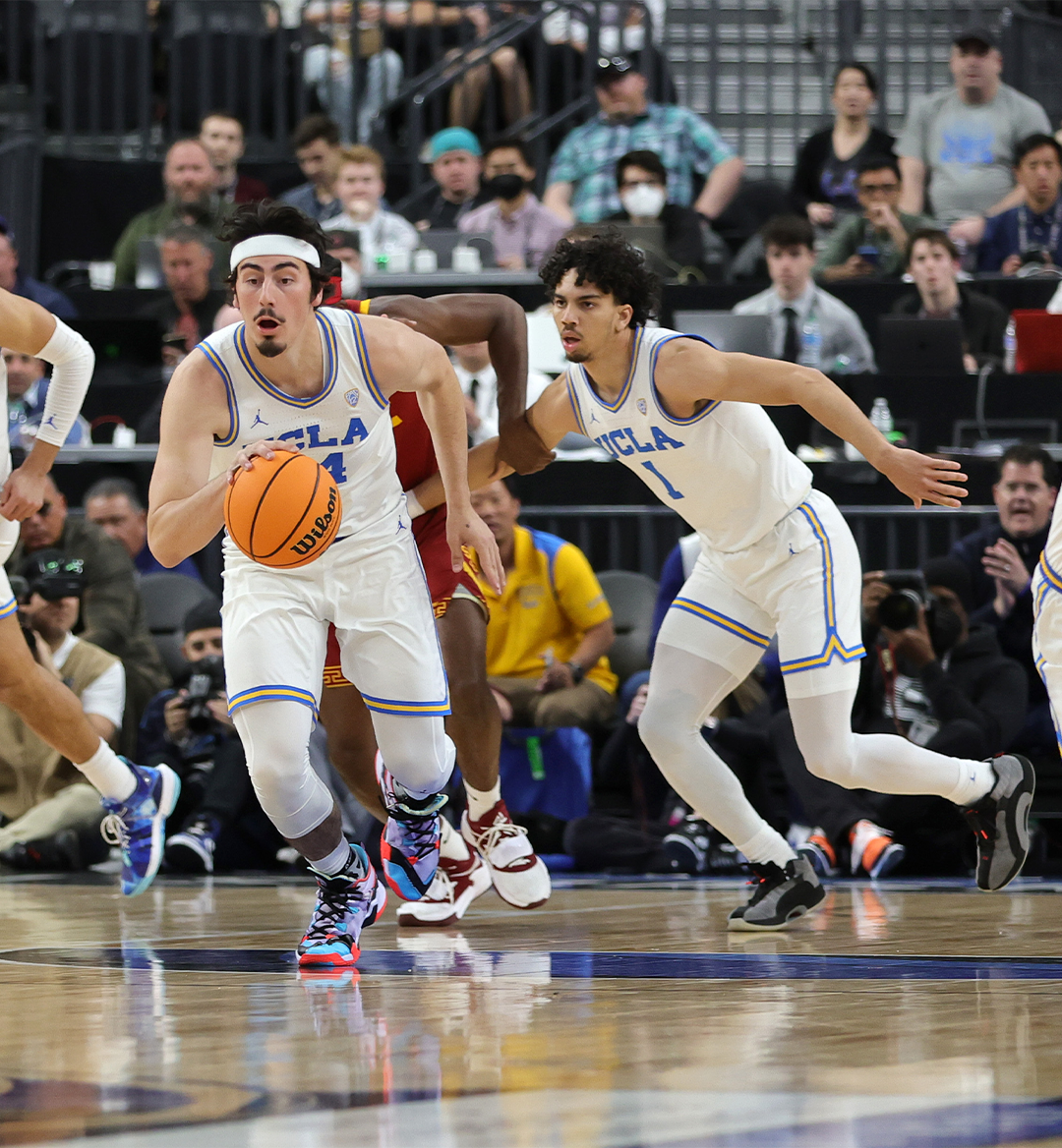 Last year, UCLA, the most decorated overdog in the history of college basketball, decided to try out what it’s like being the underdog for a change. It was the rare delightful piece of stunt-casting, a historical Goliath brought low to cameo as a David. This year, though, UCLA has decided that being a spunky upstart is lame and grew into a juggernaut instead. Bringing back their entire starting lineup from last year and then augmenting that core with a five-star freshman and an elite shot-blocker, UCLA is loaded with talent and experience. Even if the roster is bereft of top-flight NBA talent, this might be the college basketball team that’s best at playing college basketball.

Notably, UCLA is once again an excellent offensive team. Although head coach Mick Cronin made his bones at the University of Cincinnati as an exsanguinating defensive coach who won games by draining them of joy, he’s quietly refashioned himself into one of the cleverest offensive minds in the NCAA. While UCLA isn’t especially prolific from three (312th highest three-point rate) or at the rim (327th in terms of percentage of shots at the rim), the Bruins offense remains among the nation’s elite because they play flawless, sensible basketball; they may not optimize their offensive efficiency with an analytically airtight shot profile or quick-hitting transition attack, but their security with the ball (fifth lowest turnover rate) ensures a high baseline level of competency. Similarly, star guard Johnny Juzang is such a gifted shot-maker that the Bruins have more leeway operating within the traditional paradigms of efficiency; as evidenced by Juzang’s pyromaniac run through last year’s bracket, pretty much any shoot is a good one when he takes it.

With an array of crafty mid-range sharpshooters at his disposal, Cronin has crafted an offense that leverages and accentuates the peculiar strengths of his roster. The Bruins play with a collective intelligence befitting of their all-upperclassman starting five. Whereas some—actually, most—college offenses are circumscribed by a lack of imagination or effective personnel, UCLA pulls from a diner-menu of counters to beat any defensive coverage. Against drop coverages, they spray pull-up jumpers or bust out the suddenly trendy spain pick-and-roll, which has begun to trickle down from the NBA. When defenses try to blitz the dribbler, Jaime Jaquez Jr. morphs into a deadly short roll playmaker. Working in concert with the movement of the ball-handlers, shooters subtly relocate along the perimeter to create clean passing lanes and make defensive rotations as stressful and laborious as possible.  Squint hard enough and the Bruins look like a collegiate version of the Phoenix Suns, pairing mid-range sharpshooting with larger schematic mastery.

If the Bruins are the new (San Fernando) Valley Boyz, Juzang, Jaquez and Jules Bernard share Devin Booker duty while point guard Tyger Campbell functions as their Chris Paul proxy. Last year, Campbell’s scattershot jumper rendered him a hardwood coxswain, a small guy who directed and organized his team without actually driving them forward himself. Now, though, he’s still that same exacting floor general, except he’s also knocking down more than 40 percent of his three-pointers and has more than doubled his production from beyond the arc; he’s made 47 three-pointers this year after only making 18 all of last season. Crucially, his newfound accuracy has made him equally dangerous both on and off the ball—he ranks in the 79th percentile as a pick-and-roll ball handler and in the 97th percentile as a spot-up shooter.

Compared to their pedigree and preseason hype, the Bruins have had a decently disappointing season—it’s hardly been the cataclysmic death march towards an early vacation like their professional neighbors, but a fourth-seed is not commensurate with what the Bruins were expected to be. Still, the fact that the Bruins were able to claw their way to a fourth seed might be a testament to their resolve. Juzang hurt his hip after he fell off a scooter; Jaquez dealt with balky ankles all year; a Covid surge in December caused a 26-day pause in the middle of the season; they almost all died in a plane crash. Entering the NCAA tournament, the Bruins are finally whole. The Bruins might have the best four man core in college basketball and, for the first time, all of them are playing at their best.

In this sense, UCLA could be the truest Cinderella, the rare team whose surprising success seems to be destiny rather than chance. The Bruins aren’t just some raggedy wannabe who crashes a fancy party before fleeing in the night; they’ve come back for their crown.