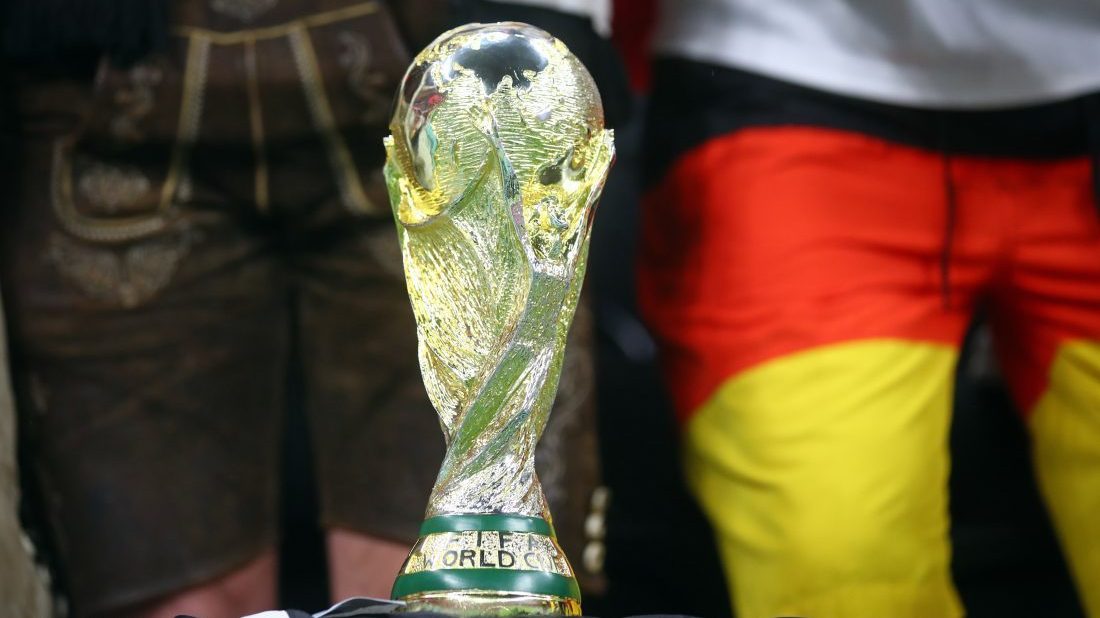 Only eight countries can claim to be FIFA World Cup winners, but who are they are what year(s) did they hoist the trophy?

It is undeniable that soccer (yes I called it soccer) is the most popular sport in the world. While it's estimated that half the world's population is either a fan or participates in the beautiful game, the popularity leads to some intense games at the professional level. And for these four billion or so fans, the World Cup–an event that pits the countries of the world against each other every four years–brings the highest levels of excitement and anticipation.

Since 1930, FIFA has put together the World Cup every four years in a number of host countries. Only eight countries have the honor of claiming a World Cup, with Brazil leading all-time with five World Cup victories. Here are all of the FIFA World Cup winners: 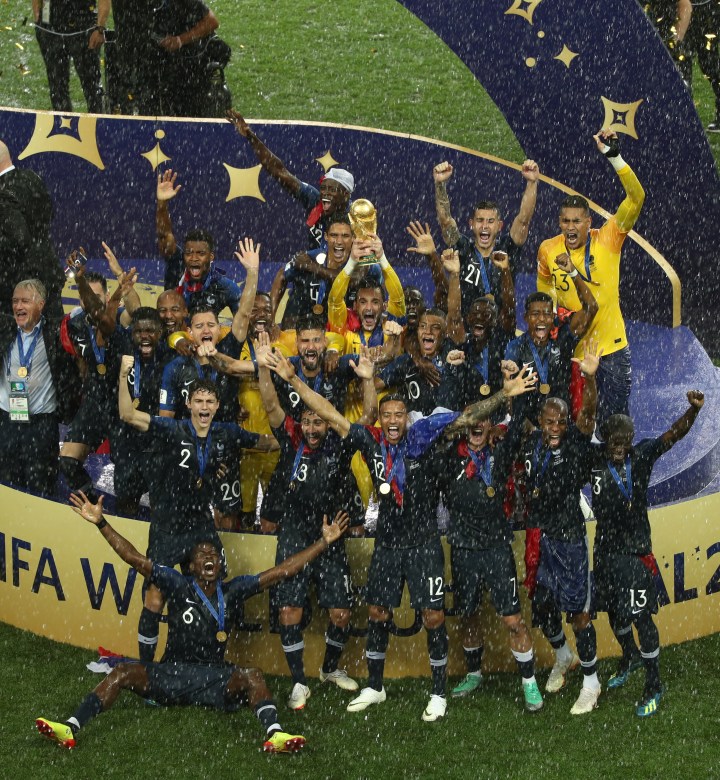 The 2018 World Cup can simply be remembered as the worlds introduction to Kylian Mbappé. The 19-year old became the youngest player to ever score in a World Cup game and would put in four goals total. France would defeat the underdog Croatia 4-2 in a championship match that wasn't really close. Croatia's Luka Modrić was awarded the Golden Ball for being the most outstanding player of the tournament. 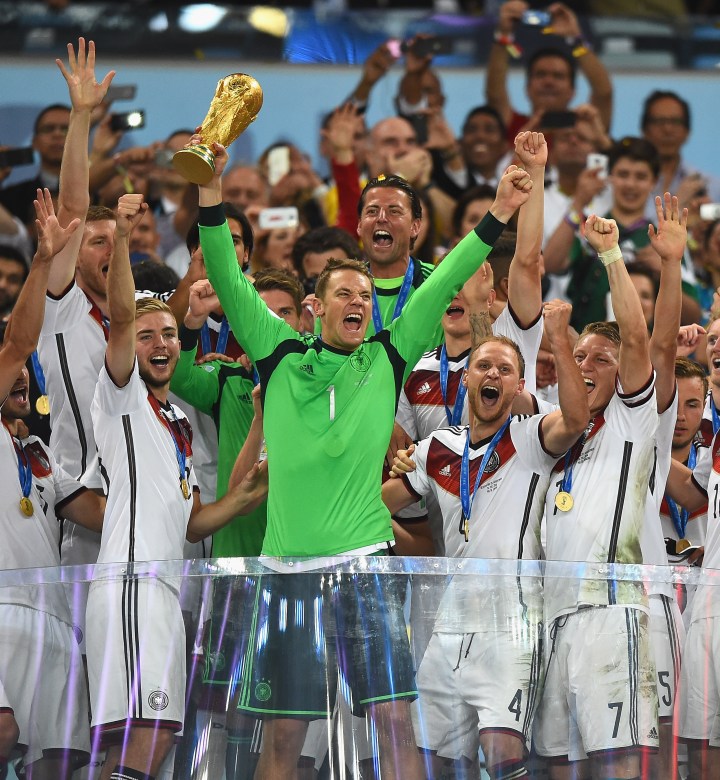 Barring an Argentina victory at the 2022 World Cup, 2014 will be remembered as the year Lionel Messi came oh so close to putting Argentina on the list of FIFA World Cup winners. One of the most memorable games of this tournament was Germany's beatdown of Brazil in the semi-final round which saw them win 7-1. The final game of this tournament would come down to extra time that saw Germany take a 1-0 lead in the 113th minute to win the World Cup. 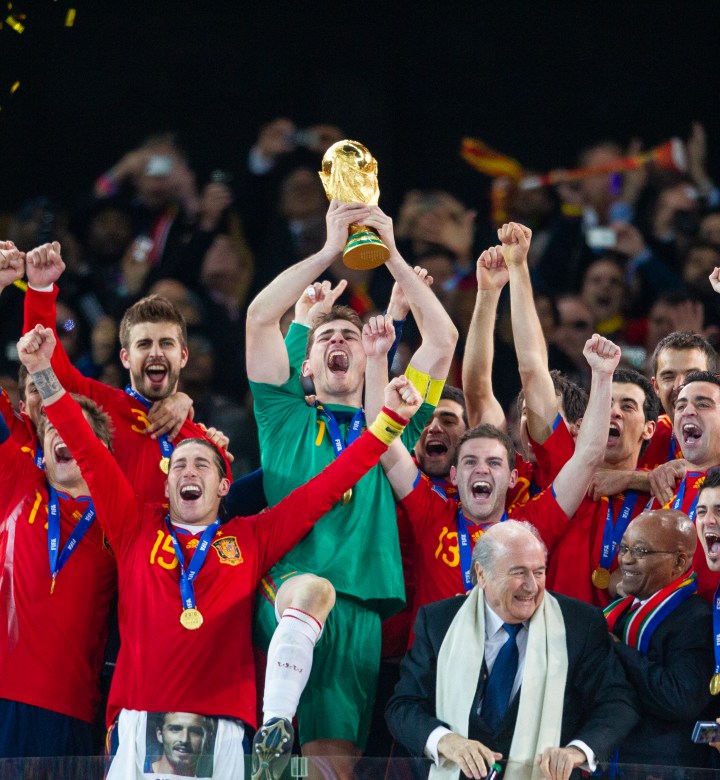 2010 would be the World Cup that Spain added their name to the list of FIFA World Cup winners. After taking out Portugal, Paraguay, and Germany, they would meet the Netherlands in the championship match. The game would remain goalless until Iniesta put in a goal at the 116th minute mark. 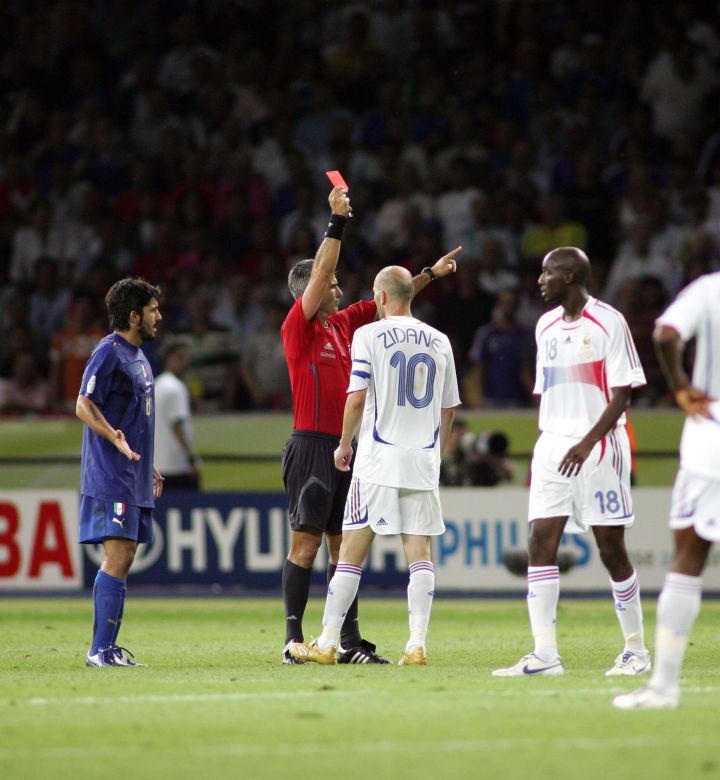 In one of the most memorable World Cups ever, Italy defeated France in penalties. The most controversial moment would come in the 110th minute. After words were exchanged, France star Zinedine Zidane headbutted Italy's Marco Materazzi in the chest, resulting in a red card. France would never recover from this moment and missed Zidane significantly during the final shootout. This would be Zidane's final World Cup. 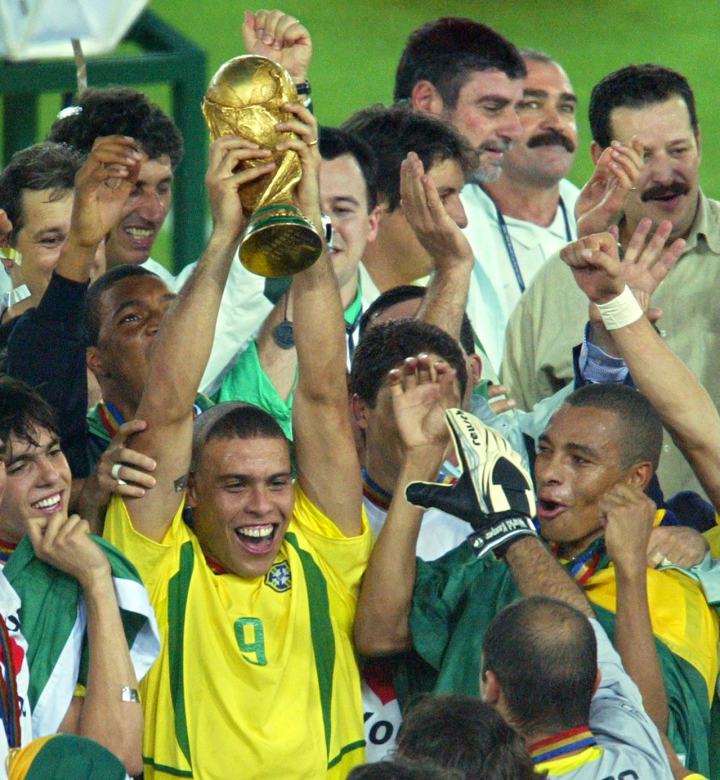 Brazil's 2002 World Cup victory was a chance for Ronaldo to show his true brilliance, as he lead the tournament in scoring. He would cap off that incredible run by putting in two goals in the championship match against Germany. This is the last time a non-European team won the World Cup. 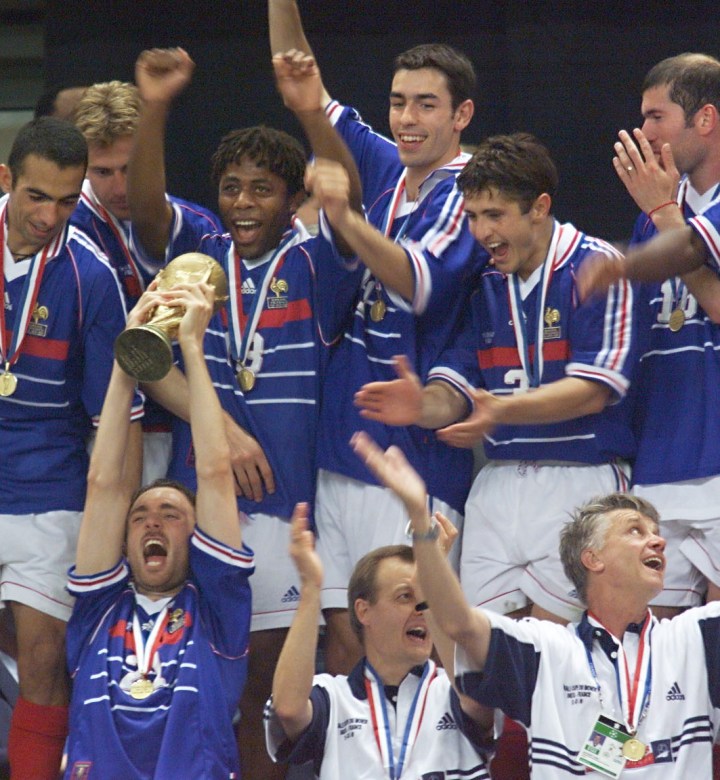 Before Zinedine Zidane was known for his red card in the finals against Italy, he was known for being the most dominant player on the pitch. In the 1998 World Cup finals, Zidane would score Frances first two goals en route to a 3-0 victory over Brazil. Ronaldo would be awarded the Golden Ball as the most outstanding player of the tournament. 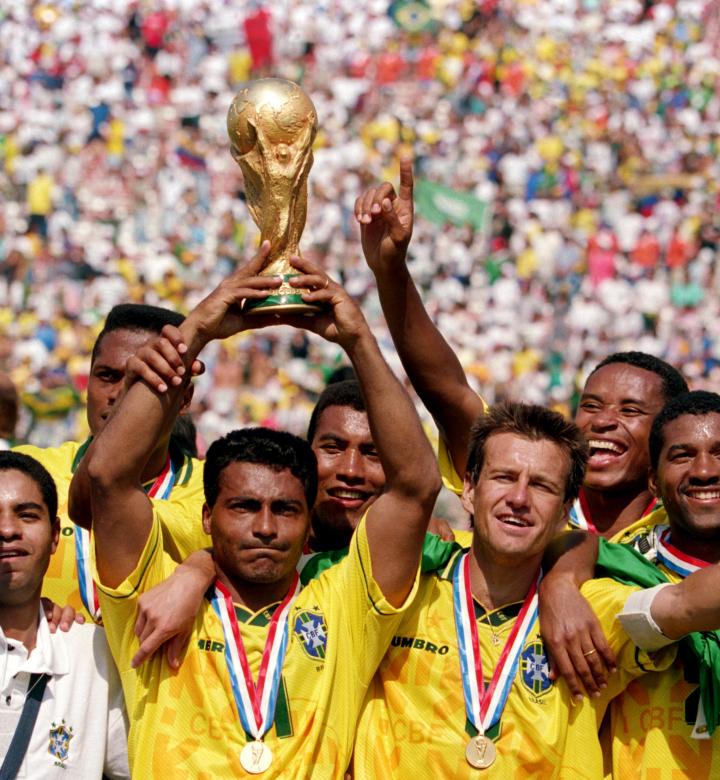 The 1994 World Cup final is the only game to end scoreless throughout regular and over time, leading to a shootout. Robert Baggio who was one of the best players in the world missed a crucial penalty that would've extended the game. Although Baggio had an outstanding career, this would be his defining moment. Brazil would become the winningest team in World Cup history after this match. 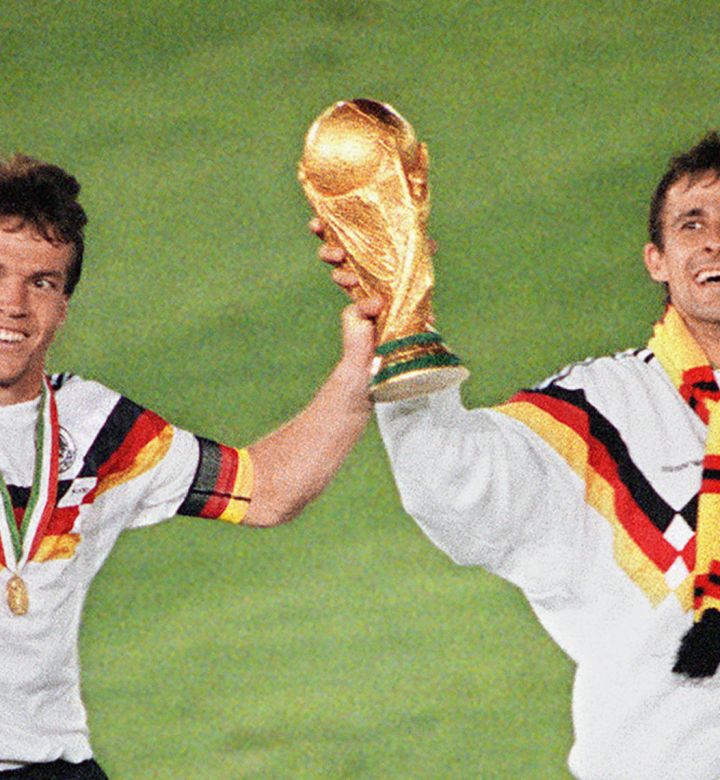 The 1990 World Cup finals would give us an epic comeback of the previous finals featuring Germany and Argentina. The game would be tied 0-0 until a controversial penalty kick would be awarded to Germany. Andreas Brehme would step up to the spot and drill the goal, giving Germany the 1-0 victory. 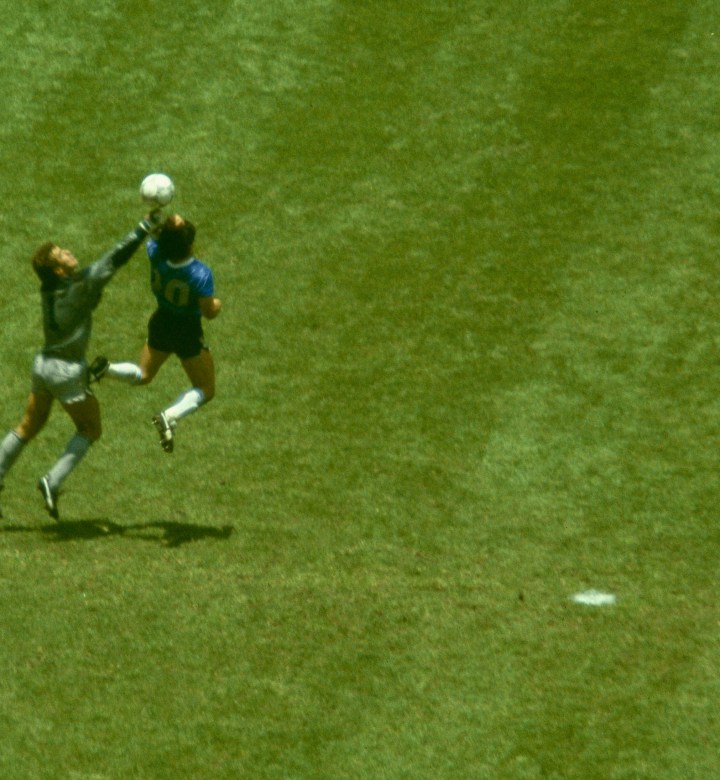 In undoubtedly the most famous and controversial World Cup ever with Argentina defeated Germany 3-2 in the 1986 finals. The controversy would come during a quarter-finals match between England and Argentina. Maradona would break the scoring open with a handball goal that would not be called. Argentina hasn't won a World Cup since. 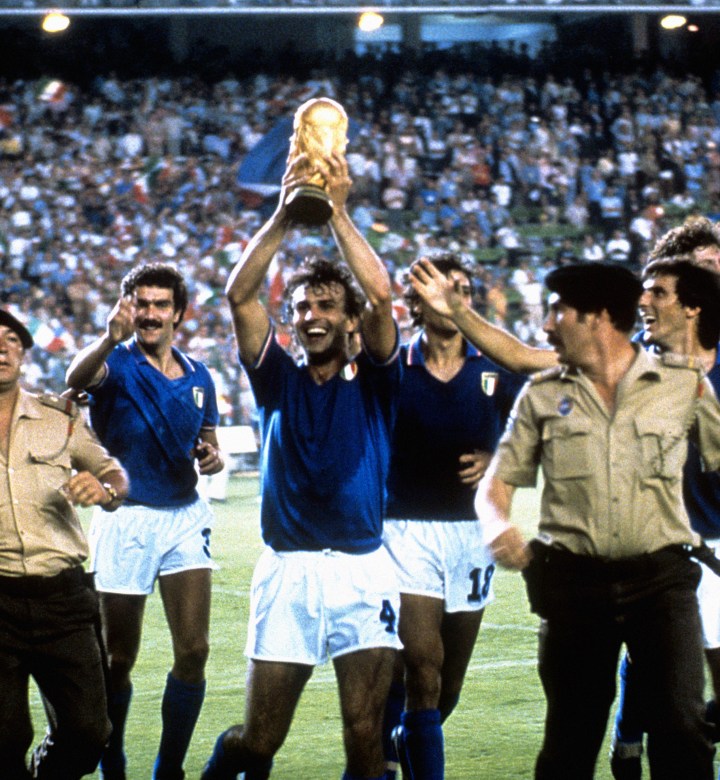 The 1982 World Cup saw a final match featuring Italy and Germany. After no scoring in the first half Italy would come out on fire in the second half, putting up three goals. Germany would only be able to match one and Italy would take home the World Cup. Italy goalkeeper Dino Zoff became the oldest player to win a World Cup at 40 years old. 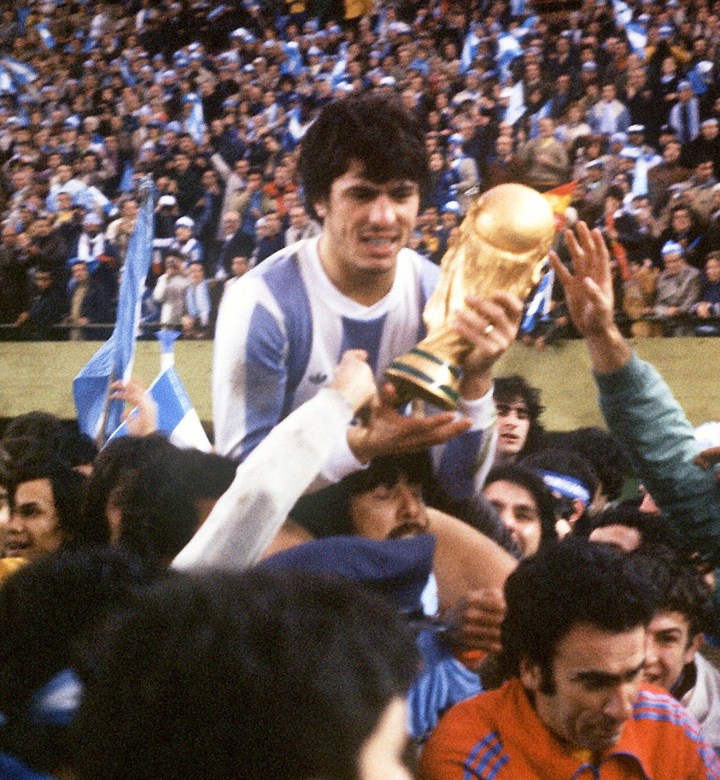 It's hard to top the excitement of the 1978 World Cup, as the Argentinian fans got to celebrate a victory on their home turf. The actual final match was littered in controversy and petty arguments, but nonetheless Argentina emerged victorious. Mario Kempes of Argentina was named man of the match and led the tournament in scoring. 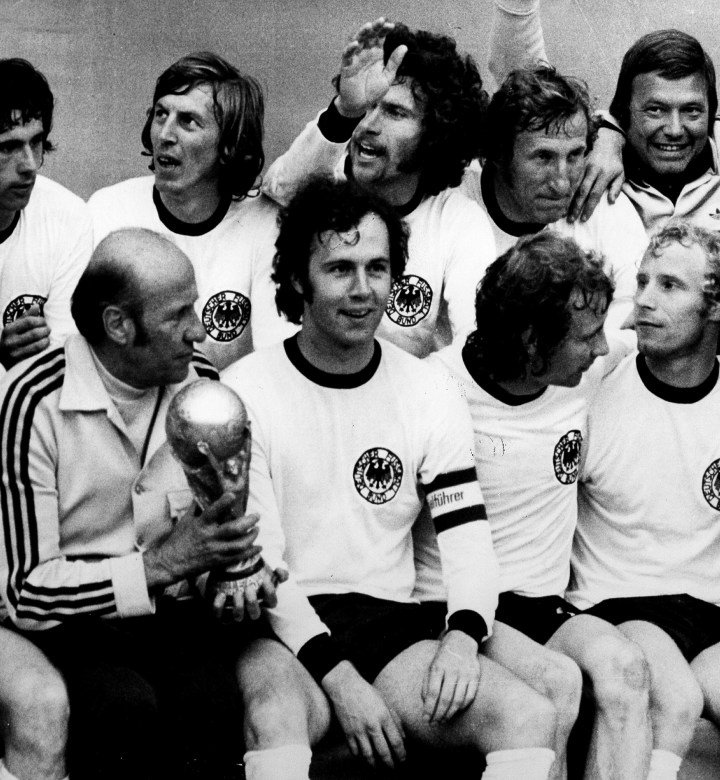 The Netherlands holds the record for most appearances in the final without adding their name to the list of FIFA World Cup winners, and 1974 was a painfully close one. The Netherlands would open up scoring and take a 1-0 lead in the second minute. Germany would counter and score two goals, putting an end to the Netherlands World Cup run. 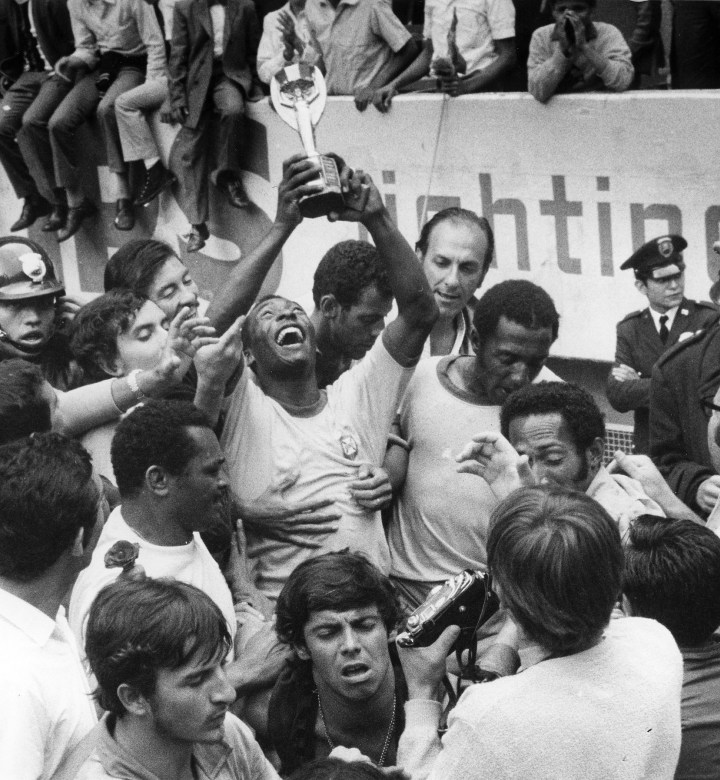 The 1970 World Cup would be the last time the great Pelé would play and win in a World Cup. Pelé became the first player to ever win three world cups after defeating Italy in the finals 4-1. The final match had an estimated crowd of over 107,000 fans. 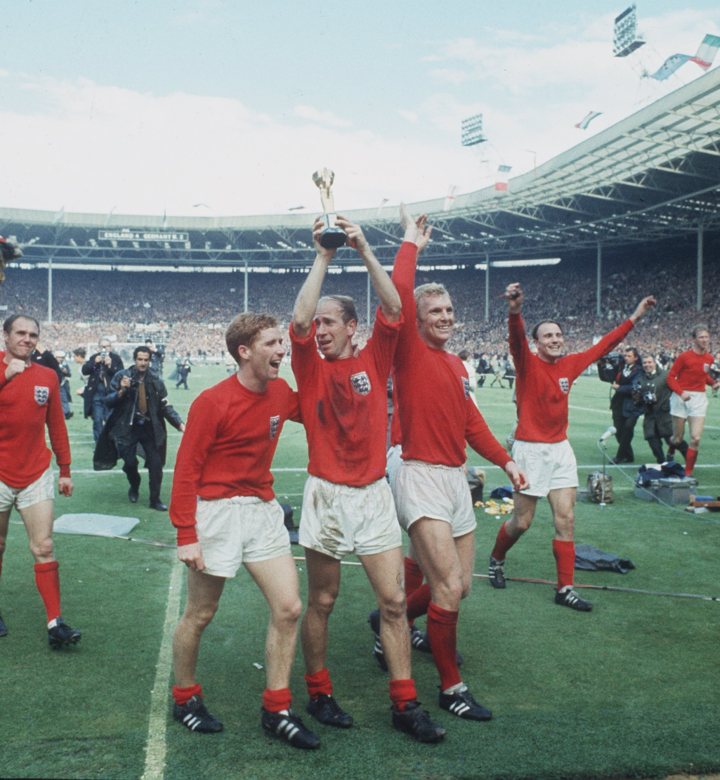 In 1966 it finally came home when England claimed its first World Cup victory. The win was even sweeter being that it came on home turf. After a tightly contested 90 minutes, the match would go into extra time tied 2-2. Geoff Hurst would score two goals in the extra-time, giving him the only World Cup finals hat-trick and England the victory.

Despite Pelé being injured in the second match of the tournament, Brazil had enough depth to make a run to the World Cup finals and claim victory in 1962. Czechoslovakia would open the scoring taking a 1-0 lead in the 15th minute, but Brazil would calmly rally back scoring three goals.

In 1958 Sweden became the first and only host nation to lose in the World Cup Finals. Pelé made his name known to the world, becoming the youngest player to ever score a goal in the World Cup at age 17. He would put away two goals in Brazils 5-2 victory, the highest scoring finals in World Cup history. 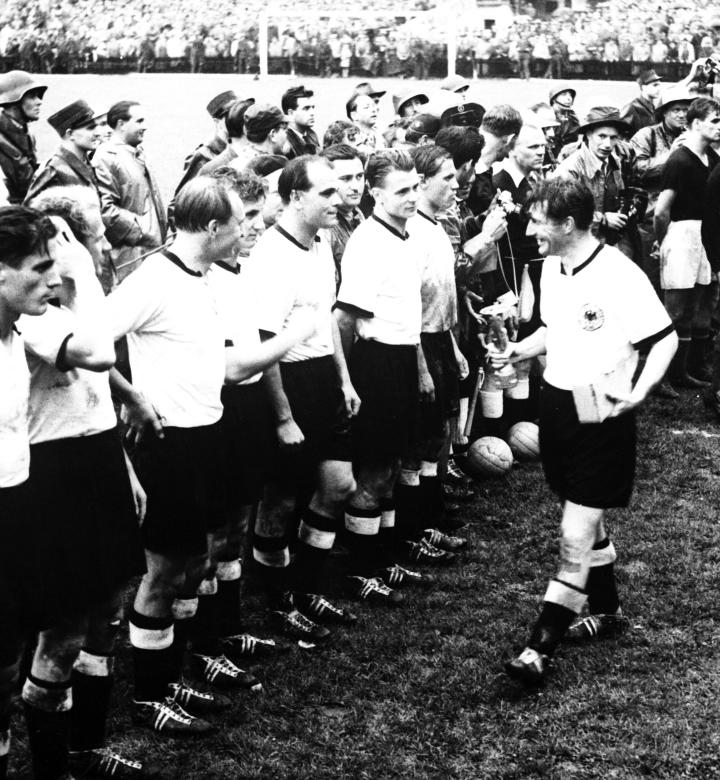 The 1954 World Cup final is one of the biggest upsets to date, with Germany defeating the heavily favorited Hungary squad. This would be Germany's first World Cup victory and helped them regain footing on the international front after World War II. This was Hungary best finish in a World Cup. 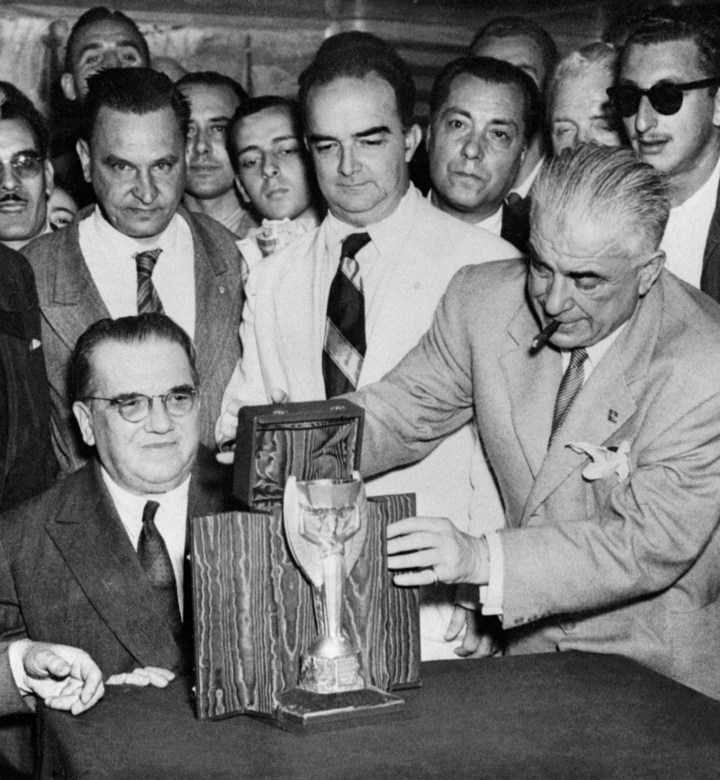 The 1950 World Cup marked the first installment of the competition after a brief hiatus due to World War II. Instead of a traditional tournament, the final four teams met in a championship group stage. Brazil needed to tie or win against Uruguay in their final match to win, but Uruguay emerged victorious and claimed its second World Cup. 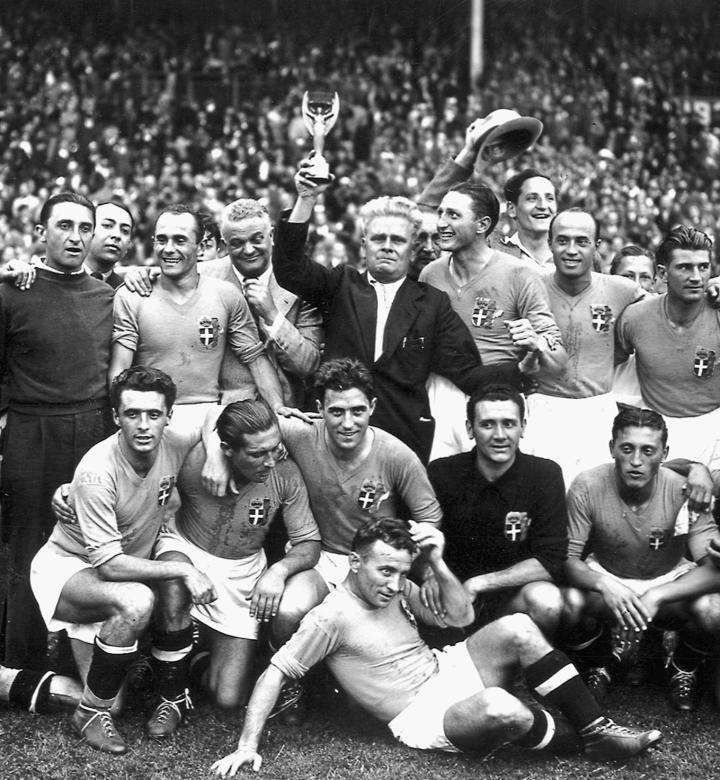 Italy became the first nation to win consecutive World Cups after defeating Hungary in the 1938 finals. This also marked the first year the host country did not end up winning the tournament. Italy gained a 3-1 lead at half-time and would never look back, finishing the game in a 4-2 victory. 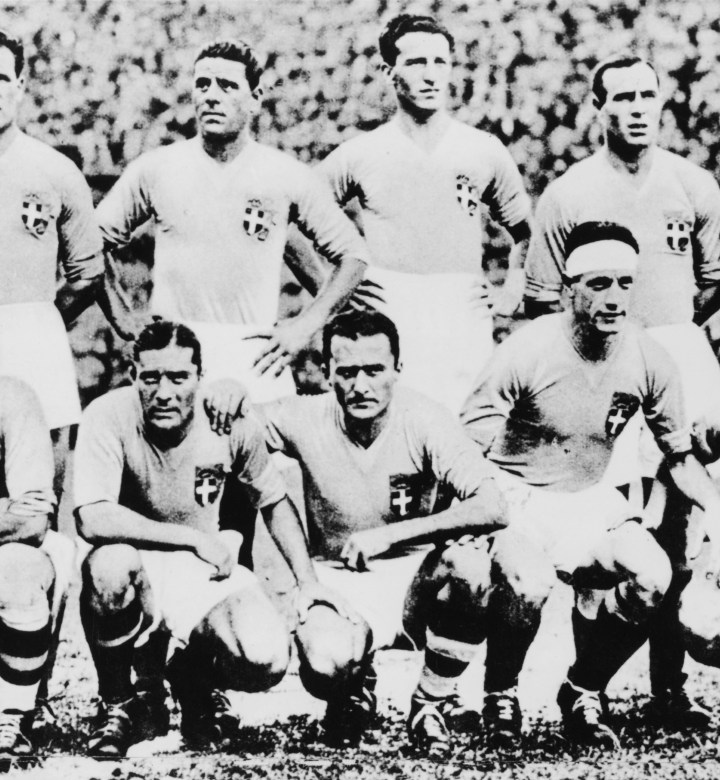 In the second World Cup ever, Italy would claim it's first title defeating Czechoslovakia 2-1. The Czech's would take an early 1-0 lead but Italy would answer back and score two. The temperatures in the stadium reached reportedly over 100 degrees Fahrenheit. 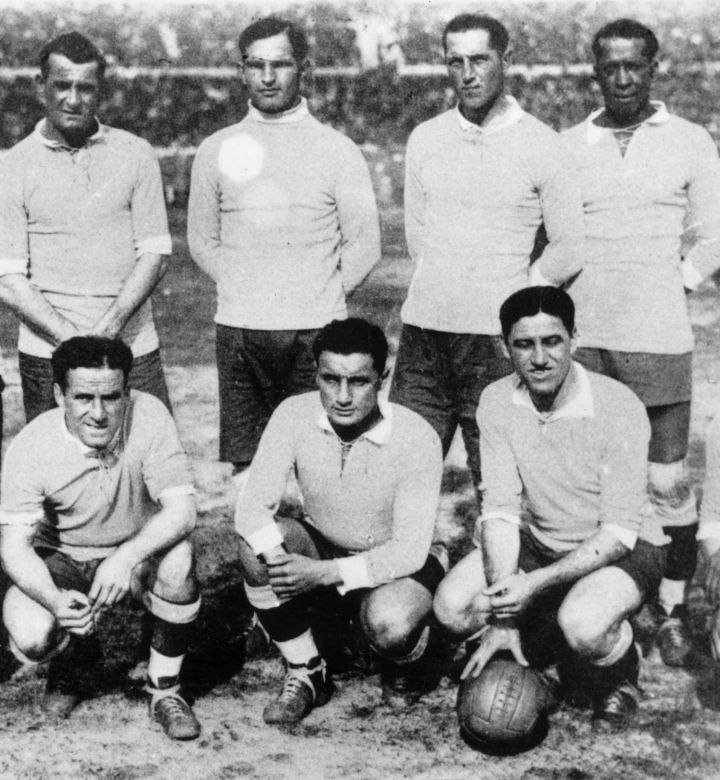 In the first ever World Cup finals, Uruguay defeated Argentina in a high-scoring 4-2 bout. The match was held in Uruguay and hosted somewhere around 70,000 fans. Héctor Castro would score the fourth goal of the match in the 68th minute, virtually sealing the World Cup for Uruguay.