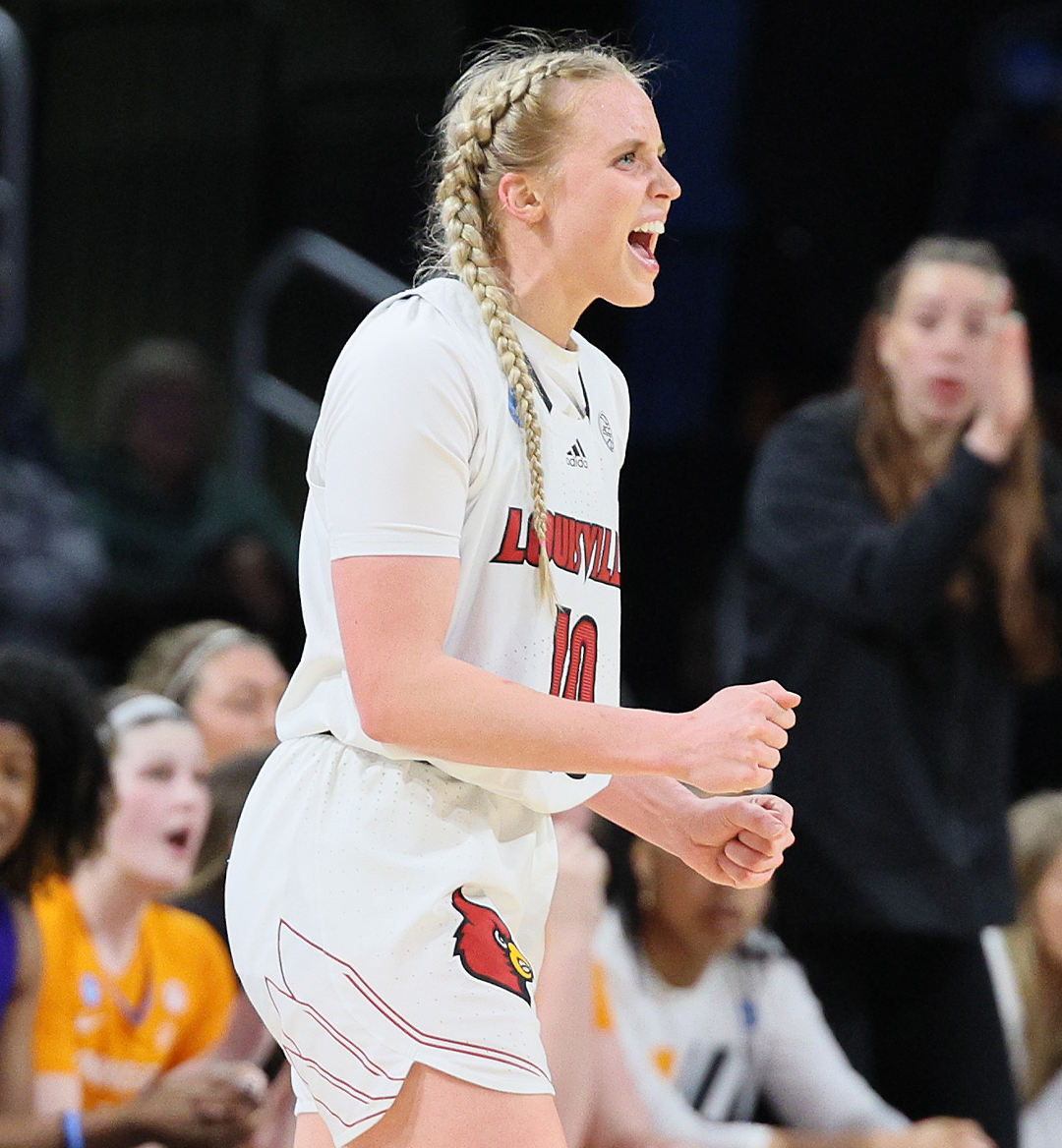 Off the court, Hailey Van Lith is the premier celebrity endorser in college sports. With over 700,000 Instagram followers, Van Lith is estimated to be the most valuable athlete in the NCAA’s new Name, Image, Likeness era; according to Opendorse, Van Lith’s social media clout is worth approximately $1 million. Since NIL restrictions were lifted last summer, she has inked deals with Icy Hot, Dick’s Sporting Goods, Billionaire Girls Club and Twitch. Her Instagrams and TikToks are standard influencer fare: dancing videos, paeans to the grind and sponsored content.

On the court, Van Lith is a fucking maniac. A prominent character in the extended Ball Is Life/SLAM/Overtime cinematic universe, Van Lith is all unrelenting swagger—or, as the titles of her high school mixtapes would say: she is DANGEROUSLY SAUCY, so you should watch your ANKLES, SHEESH [fire emoji]. During Louisville’s run to the Final Four, she became the first player in school history to score more than 20 points in four straight NCAA Tournament games. Although she’s often been compared to James Harden on account of her left-handedness, Van Lith plays with a more direct tempo, eschewing Harden’s winding solos for decisive bursts to the rim.

Naturally, Van Lith is part of the wave of Kobe Bryant disciples who have recently taken over women’s basketball; Bryant befriended Van Lith when she was in high school precisely because she’s the best kind of competitive psycho. When asked what advice Bryant would give her now, Van Lith responded, on Disney-owned ESPN, “He would say ‘Go fucking win this shit, Hailey, we not done.’”

Over the last four games, Van Lith has amped up her aggressiveness in the pursuit of winning this shit, unspooling defenses with drives and talking copious amounts of shit while doing so. Nobody is safe—not the University of Albany, not the Tennessee Lady Volunteers, and definitely not Jimmy Fallon.

This is—and I mean this as a compliment—truly insane stuff, the product of a competitive psycho. Louisville is a one-seed! They’ve been ranked in the top ten the whole season and have been in the top five since Christmas; Van Lith is a former five-star recruit and a finalist for the Nancy Lieberman Award as one of the best point guards in college basketball. It’s hardly unusual for athletes to dip into their nobody believes in us rhetorical bag in the postseason, but that’s patently untrue here: everybody believes in them. Because, at this point, it’s becoming impossible not to believe in Van Lith.