The five teams with the most rings 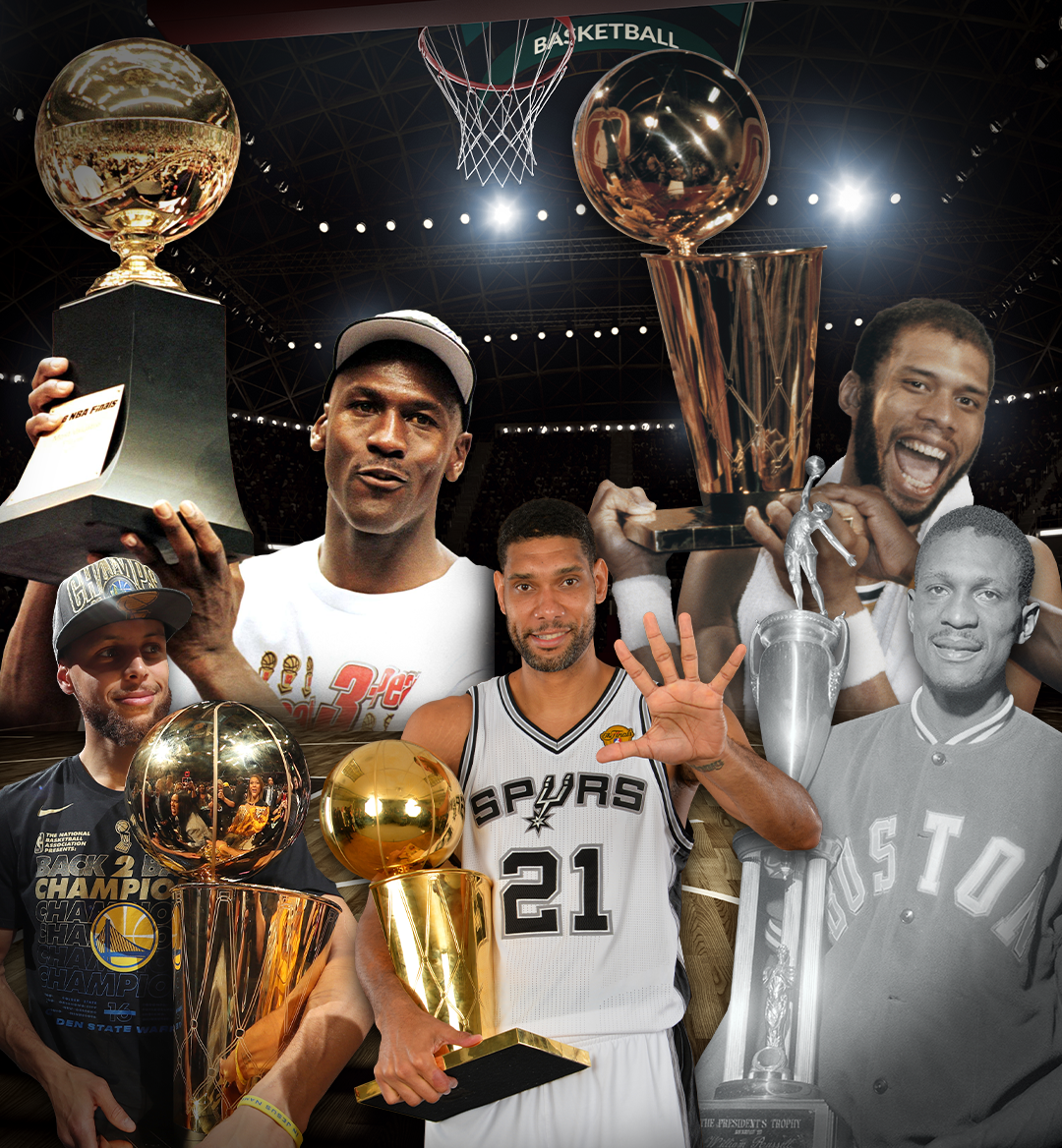 The history of the NBA is a storied but albeit relatively short one. Every big four sports league in the United States has eclipsed 100 seasons except for the NBA, who is playing out their 75th season currently. Even more puzzling is how dominant just a handful of franchises have been. Of the 75 NBA Finals nearly 70% of them have been won by the same five teams, with the Lakers and Celtics making up 34 of those championships. So who are the other teams to dominate the NBA over its history? Here are the teams with the most NBA championships. 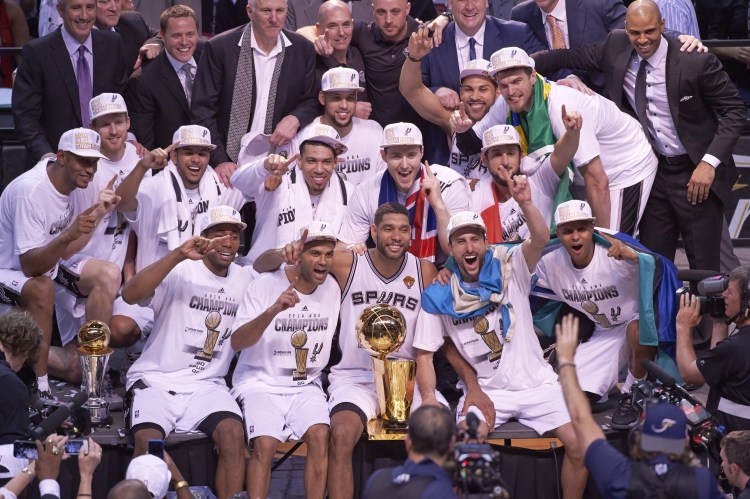 In 1976 the Nuggets, Nets, Pacers and Spurs joined the NBA in a merger with the ABA. The Pacers and Nets have never won a championship, and the Nuggets have never even been to the NBA Finals. The Spurs on the other hand have turned themselves into one of the most iconic franchises in the NBA. After a number of years contending in the 90’s with big-man David Robinson, it looked as though the Spurs were on the cusp of rebuilding. That was until they selected Tim Duncan with the first pick in 1997. He would help win the Spurs their first title in 1999, but the winning was just getting started. After drafting Tony Parker and Manu Ginobili the Spurs had built the big three that would dominate the 2000’s. The most profound personnel on the Spurs has to be head coach Greg Popovich. He has etched his name into the all-time coaching wins record and cemented himself as one of the most important figures in NBA history. Over the course of their fourteen years together Popovich, Duncan, Parker, and Ginobili won 575 games, an NBA record for a trio of teammates. 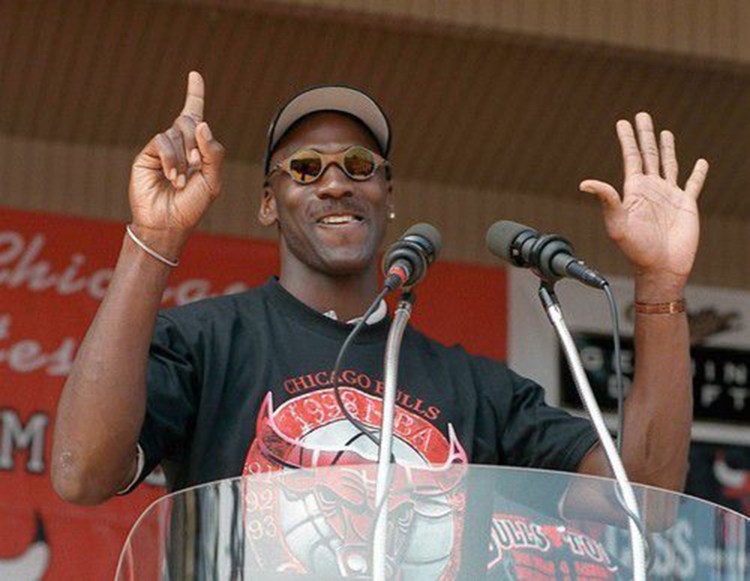 There is no team in NBA history that has done more to grow the popularity of basketball than the 90’s Chicago Bulls. Growing up in the Chicagoland area it was impossible not to watch a Bulls game and hear someone say “it’ll never be like the 90’s again”. And they may be right, because no one team has won as consistently in the modern NBA than these Bull’s teams did. In 1984 the Bulls drafted a high-flying intense guard out of North Carolina by the name of Michael Jordan. After torching the league and winning a number of scoring titles, MVPs, and even a DPOY, Jordan still didn’t have a title. After losing to the Pistons in multiple years, Jordan and the Bulls finally defeated them in 1991 to advance to their first NBA Finals. After taking out the Lakers in the finals, it seemed Jordan had cracked the code on how to win. The Bulls would go on to appear in five more NBA Finals and win each one. Since Jordan’s retirement the Bulls have never been able to get back to their winning ways, only appearing in one Eastern Conference finals. 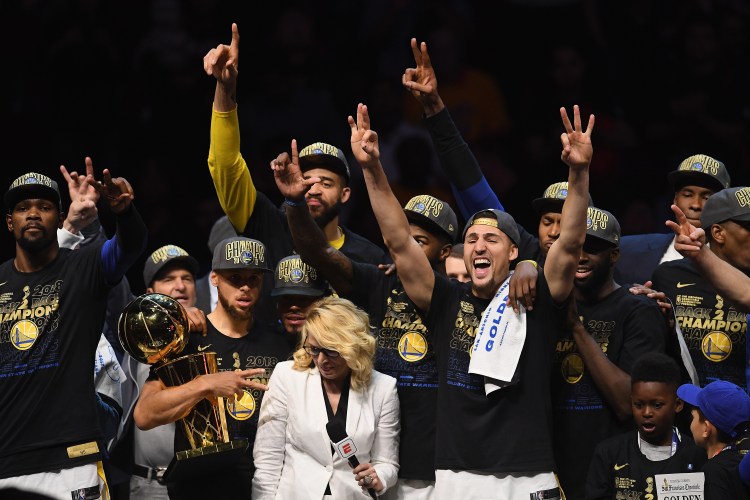 The Golden State Warriors are one of the most storied franchises the NBA has. They won the first ever NBA championship during the inaugural 1946-1947 season. They would find mild success in the early days of the NBA winning two more NBA championships. The Warriors were consistently a playoff team but never real contenders. That was until they drafted two time MVP and all-time leader in three pointers made, Stephen Curry. Building around Curry with splash brother Klay Thompson and enforcer Draymond Green, the newest NBA dynasty was built. Giving Steve Kerr the helm before the 2015 season was a huge gamble for the Warriors that more than paid off. His ability to keep his team motivated while giving them immense freedom puts him in a league of his own as a player-coach. On the Cusp of their seventh championship this year, the Warriors can break the tie with Chicago for third all time in championships if they can close out against the Celtics. 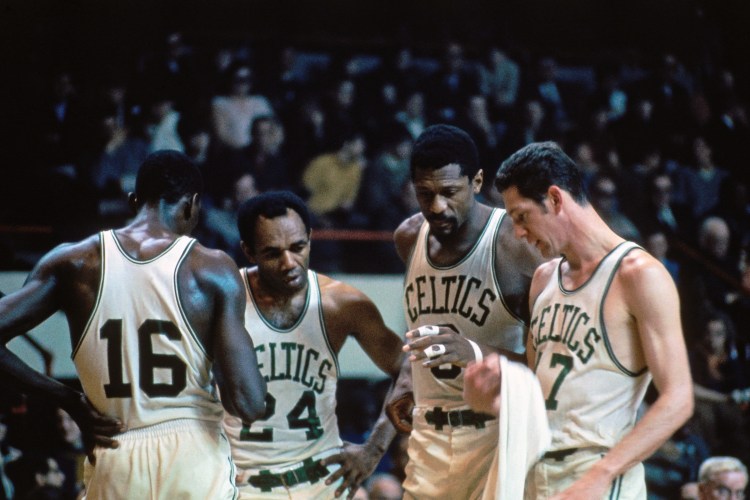 There may never be a team as dominant as Bill Russell’s Celtics. Over a thirteen year span Russell led the Celtics to eleven NBA championships. Running plays on the bench was hall-of-fame coach Red Auerbach. Auerbach would be so confident in his Celtics that he would routinely light celebratory cigars before the final game was even over. The Celtics remained dominant over the 70’s winning two championships, but their biggest challenge would come during the 80’s. The NBA was on a major decline and the league was struggling to stay afloat. Enter Larry Bird plus Magic Johnson and your league is saved. The two superstars spurred one of the greatest rivalries in all of sports. They would face off in three separate NBA Finals with the Lakers winning two of those matchups. The Celtics would find their most recent success in 08’ after pairing Paul Pierce and Rajon Rondo with Ray Allen and Kevin Garnett. Overall the Celtics have 22 NBA Finals appearances. 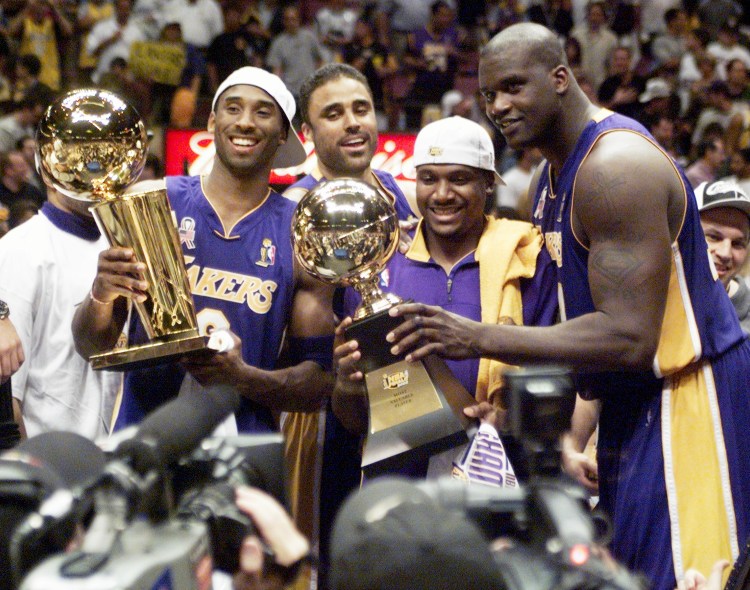 The NBA’s first real dynasty wore purple and gold, but they didn’t play in Los Angeles. Before the days of playing in front of Hollywood elites, the Lakers called Minneapolis their home. The Lakers won five championships while playing in Minneapolis backed by big-man George Mikan. Despite their winning ways the Lakers couldn’t draw a crowd and subsequently jumped ship to Los Angeles. After a decade of losing to the Celtics in the finals, the Lakers were sold to Jerry Buss. Buss would change sports entertainment forever, turning the Lakers ‘Forum’ into Showtime. They would win five championships in an eight year span with hall-of-famers Magic Johnson and Kareem Abdul-Jabbar. The Lakers would get back to winning ways when acquiring Kobe Bryant on a draft night trade in 1996. They would pair Bryant with superstar center Shaquille O’Neal and the rest was history. Most recently LeBron James brought his talent to the purple and gold and won the 2020 NBA Finals amidst the Covid-19 pandemic in the ‘bubble’. That championship in 2022 would tie the Celtics for most NBA championships. Since the Lakers have been to 32 finals and the Celtics have only been to 22, they rank first on this list… for now.