Sterling Brown's Settlement With The City Of Milwaukee Wasn't The Headline, The Apology Is 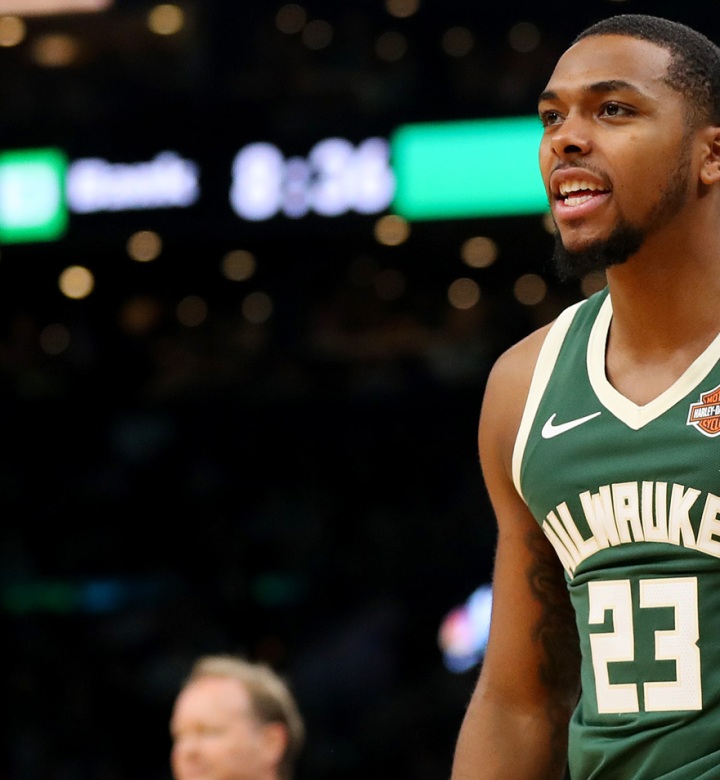 On Monday, ESPN’s Eric Woodyard reported that three years after Milwaukee Bucks' guard Sterling Brown’s run-in with the Milwaukee Police Department, both sides finally agreed on a settlement of $750,000, ending Brown’s rights lawsuit against the city of Milwaukee.

Brown instructed his attorney Mark Thomsen to accept the deal on Friday after rejecting a $400,000-offer last October.

The incident in question occurred on January 26, 2018, and according to Brown, Milwaukee PD profiled him outside a Walgreens store because he was black. The officers involved elected to use a stun gun when Brown did not immediately follow their orders of removing his hands from his pockets.

Brown elected to file his lawsuit against the City of Milwaukee in June 2018, upon the release of the bodycam footage, which showed an officer stepping on his ankle. Brown also requested that the City of Milwaukee release a statement stating that admitting the constitutional violation. In addition, the City must commit to incorporating amendments to the Milwaukee Police Service's Standard Operating Procedures, and that they are implemented within 180 days of the agreement.

"I've got plenty of people going through the same thing in Chicago and back at home," Brown told ESPN in December. "So, I know it's happening in Milwaukee, so I'm pretty much being that voice for those who don't have the platform that I have to make this national news."

The Milwaukee Bucks also released a statement on Monday, stating that they were pleased both sides agreed on a settlement. The statement reads:

“We are pleased that Sterling’s lawsuit has been mutually resolved and that there’s been an important commitment by the City of Milwaukee and its Police Department to make changes to the MPD’s standard operating procedures...No one should ever have to go through the horrifying abuse and injustice that Sterling experienced. We commend Sterling for his courageous response to this terrible situation by repeatedly sharing his story and working tirelessly with countless local groups and organizations to help make a change in our community. And we also commend the City’s leadership for its commitment to implement these important changes to better Milwaukee.”

Brown is getting ready to enter his fourth season with the Milwaukee Bucks, and during his career, he has averaged 5.2 points, 3.1 rebounds, and 1.0 assists per game.

During last week’s NBPA B.I.G Town Hall Series, Sterling Brown joined @BaronDavis and Chloe Cheyenne to talk about police reform and the importance of voting the right legislation into office to help push for change. pic.twitter.com/raEtRqzz99

On Monday, former NBA veterans Brendan Haywood and Ryan Hollins discussed Brown’s settlement of $750,000 and raised the question: Was it enough?

“There is never a price that you can put on behind whipping that did not deserve. From people who are supposed to protect and serve, that racially profile you. The biggest thing to me was not the money,” said Haywood.

“When I saw the settlement, ‘The City of Milwaukee will reportedly pay Brown $750,000 to settle the lawsuit, but the agreement also includes more than just money." According to The Athletic, "the city will also publicly admit to violating Brown’s constitutional rights and implement concrete changes to the Milwaukee Police’s standard operating procedures within the next 180 days of signing the agreement. It [is] not yet known what those changes will be,” read Haywood.

“That is the biggest part of that deal. The city had to say hey, 'our cops were racist.' They saw a black man, and he did not comply; they thought he should, instead of giving him due process, as we would a white person. We whooped his ass, and that is big because, during the season, they were originally going to give him $400,000, but the city was not going to admit any wrongdoing. And he said no, so $750k and the city, saying we were wrong, and we will be moving forward differently. I’m okay with this. I would love to see him get $5 million, but Sterling Brown has money.”

Ryan Hollins shared that he got pulled over once while playing for the Celtics, and when the cop realized it, he let Hollins go.

“If you let me know that you played for the Celtics, I would have let you go a long time ago,” said Hollins.

Haywood also shared a story of when he got pulled over in Charlotte.

Recounting the event, Haywood said that the police officer that pulled him over assumed that the car was stolen. Since the license plate number did not match the address on Haywood’s driver's license. The officer called for backup, and when they arrived, the second officer verified Haywood’s identity.

Not too long after, they let him go.

“They let me go a minute later. Had the cop not said this is [Brendan] Haywood, that could have been a totally different experience,” said Haywood.

Haywood played 13 seasons in the league and won a championship in 2011 as a part of the Dallas Mavericks.