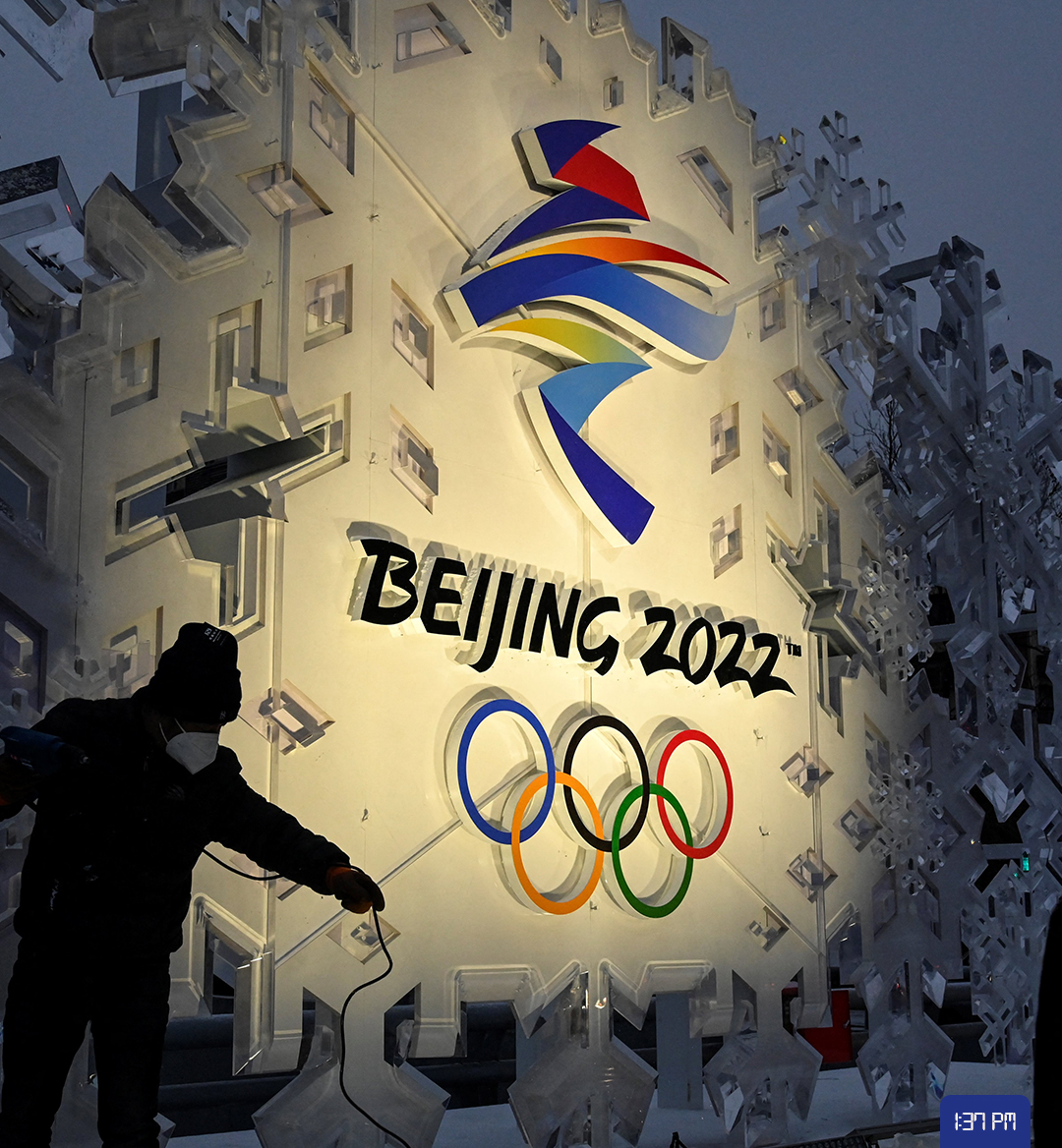 The Winter Olympics offer a rich buffet of sporting excitement—and then also some not great ones. There are dozens of incredibly fun and interesting storylines, but—at the risk of kink-shaming—none of them involve cross country skiing. While blue-chip events like downhill skiing and figure skating feature prominently in high-gloss commercials and human-interest segments on the Today Show, the Games also have a deep bench of relative clunkers and hidden gems. Here are our Official and Unimpeachable ranking of all 109 events at the Winter Olympics. 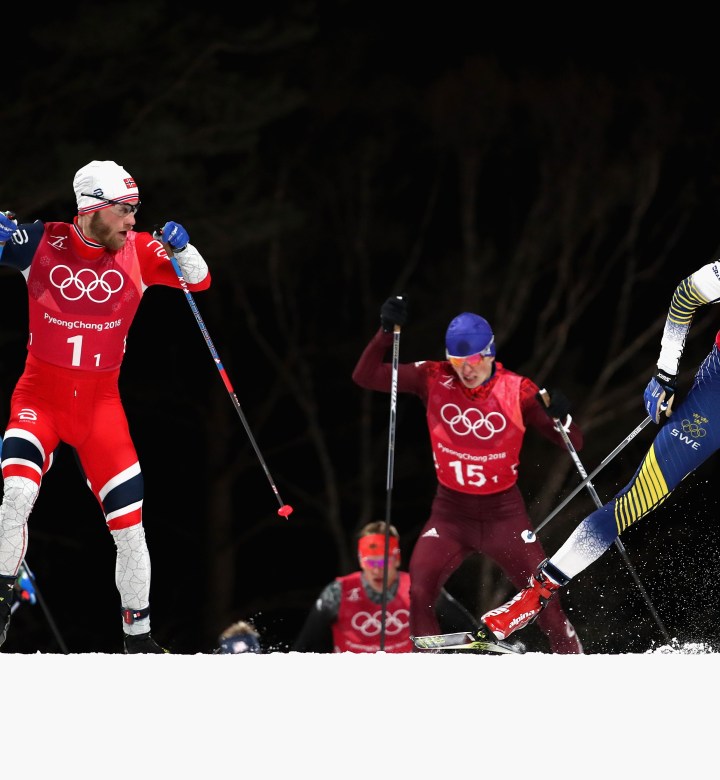 No, "freestyle" doesn't mean that they freestyle rap while they race. Pretty misleading, if you ask me.

There are 12 separate cross-country events across five different disciplines, but none of them are particularly worth watching unless you’re a chronic insomniac or have some strange compulsion to watch dozens of interchangeable Nords waddle across the great frozen expanse.

Although all cross-country skiing events are basically indistinguishable, at least the prospect of a "sprint" implies some urgency and speed. 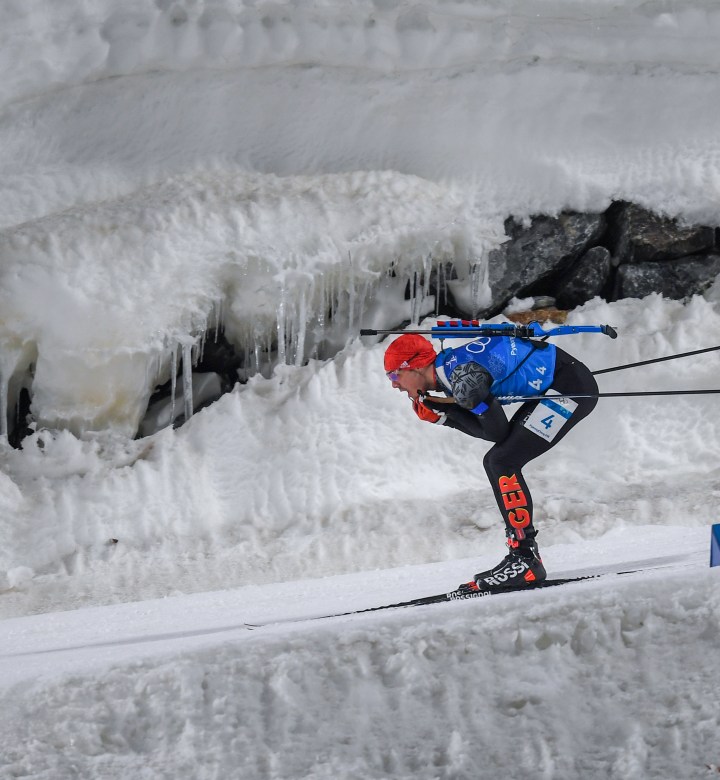 Biathlon is cross-country skiing with some rifle shooting sprinkles. With the individual, relay, sprint, pursuit and mass start events, there are five different flavors of biathlon. The difference between them? Who can say. 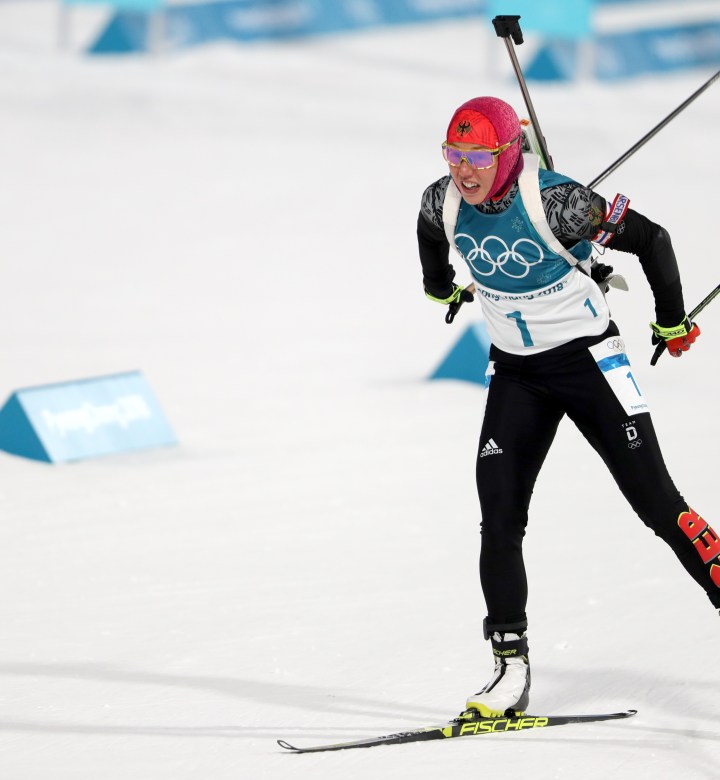 Pursuit is a cool thing to name a sport.

Like Dr. Pepper 10, the team Nordic Combined event is only for guys. 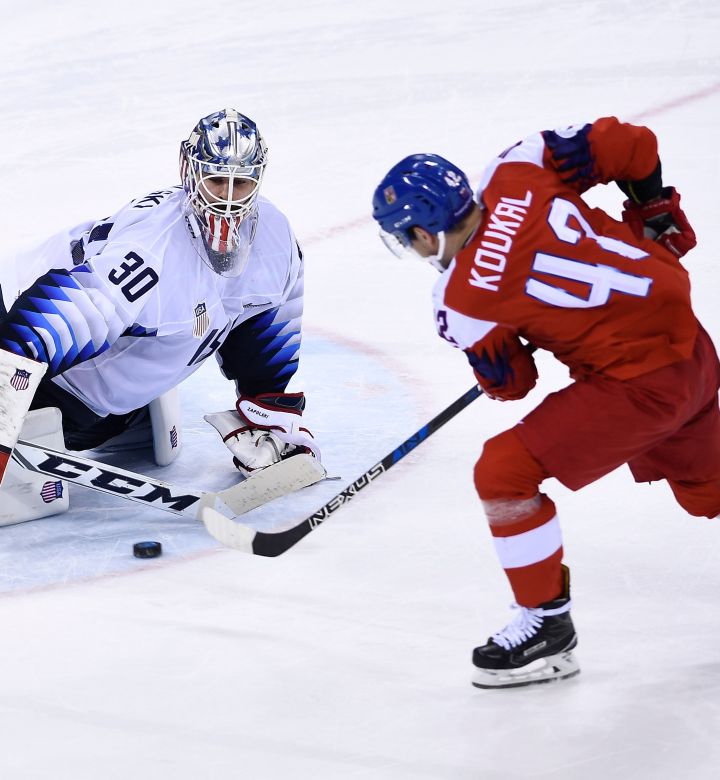 In a normal year, men’s hockey is a tentpole sport; a best-on-best international tournament with international megastars like Sidney Crosby, Conor McDavid, and Alexander Ovechkin would be electric. This year, though, the hockey will be bad. After the NHL forbade its players from participating last month, nations have scrambled to assemble skeleton crews of college players and retirees with conflict-free schedules. With the American and Canadian teams decimated, Russia should waltz to the gold since a sizable proportion of their best players are based in the KHL, the Russian domestic league.  If you’ve ever wondered what it looks like when the 237th best American forward shoots on the 18th best Czech goalie, this is the sport for you. 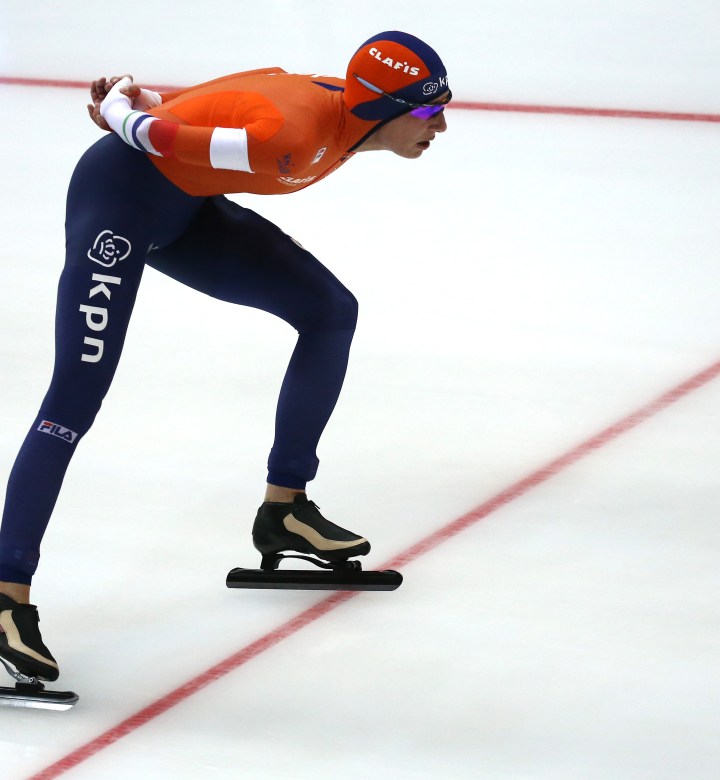 Here, “normal” is a euphemism for “small.” As impressive and hard as this sport may be, they should simply jump off the bigger hill. 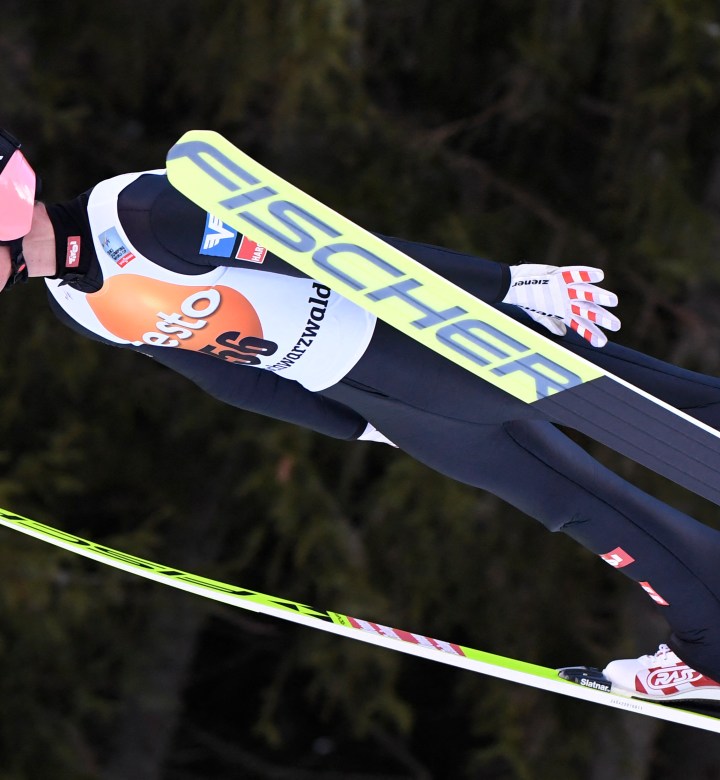 Turns out that even when they jump off the bigger hill, it still isn’t all that interesting.

This is one of only six mixed gender events, so that’s neat.

Do you ever watch figure skating and wish that they’d cut it out with all the cool jumps and stuff? Then you’re in luck. Ice Dance is scored according to the dancers' artistry and ability to fluidly connect moves, which makes it a very pretty sport rather than an exciting one. In essence, this is Olympic-caliber Disney on Ice. Your grandmother will love it.

Every four years, people pretend that curling is some glorious, whimsical sport, but it’s time that somebody speaks truth to power: this is just cold bocce ball. If curling were actually so great, people would be able to name a professional curler. Sweden might be the dominant force in international curling, but they should just be thankful that no team of Boca retirees has decided to translate their bocce-lawn dominance to the curling rink. 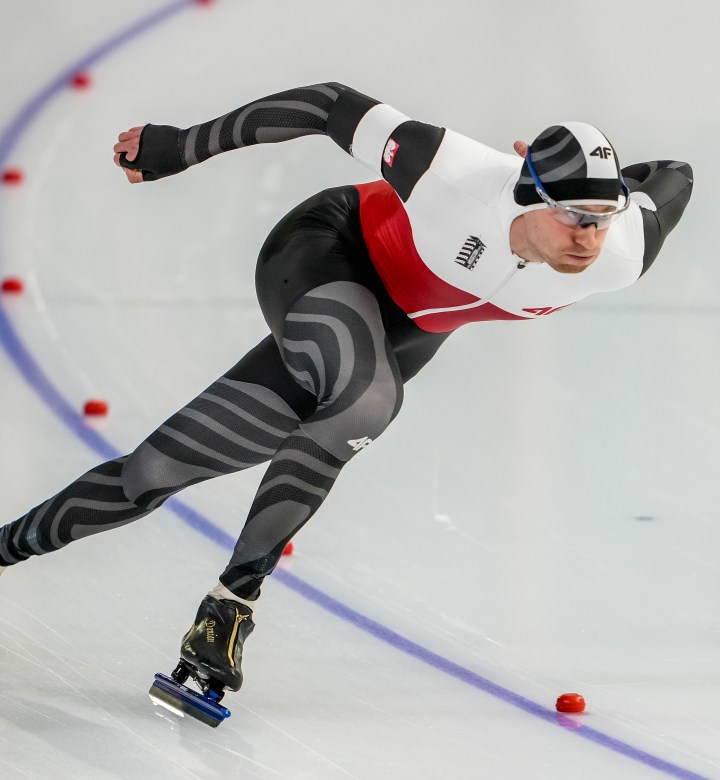 Like most other races in the Winter Olympics, speed skating is a time trial; the racers compete individually and try to beat each other’s times, rather than racing head-to-head. While speed skating isn’t functionally that much different from short-track speed skating, its vastly superior younger sibling, there’s only so much drama that can be wrung from one person sliding around in a unitard by themselves. 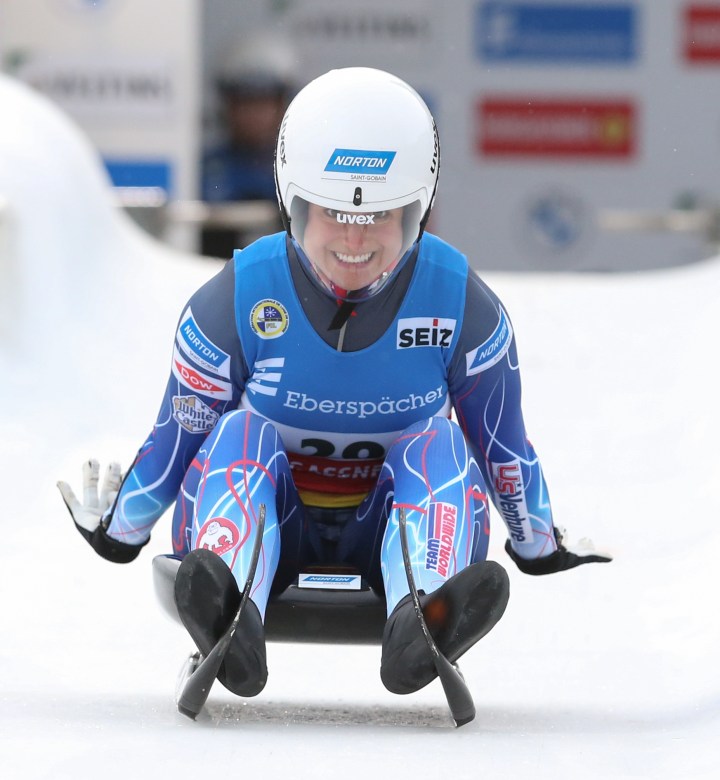 In a sense, luge is indicative of the issues that plague the Winter Olympics writ large: the lower-tier Winter Olympic sports are equal parts inaccessible and unintuitive; there are only 15 luge tracks in the entire world. Unless you winter St. Moritz, most of these sports only pop into your consciousness once every four years. Not only have I never luged, I’ve never met anybody who has ever luged. I have no idea what separates a great luger from an average one; I don’t know the techniques or the strategies; I can’t visualize what a 0.1 second difference coming out of a turn looks like or what implications it holds for the rest of the run. Everybody is going fast, to me. Even if there’s a visceral thrill in watching people zip around, once you’ve seen one person luge, you’ve seen them all. 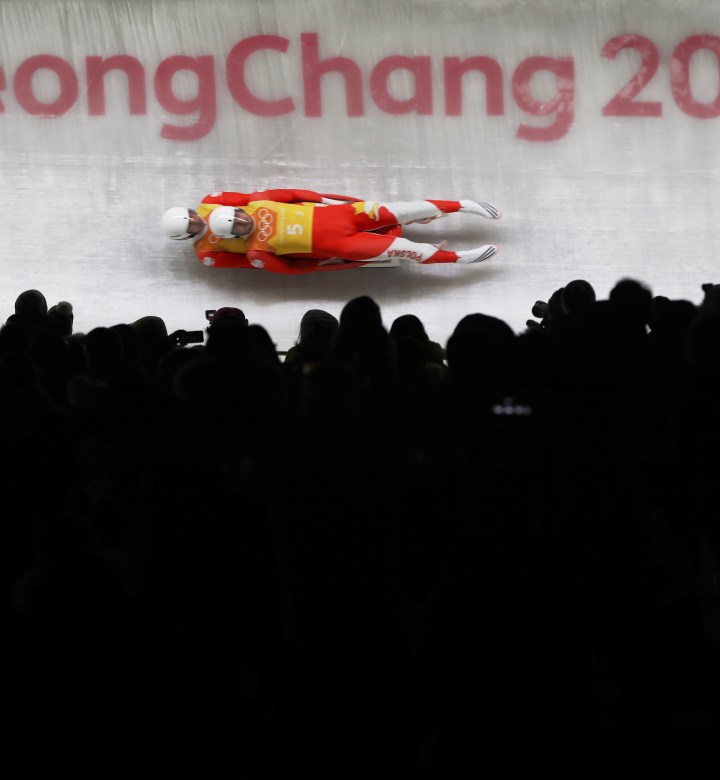 If they passed a baton while luging at full-speed instead of just slapping a button, this would be the best event by a mile. 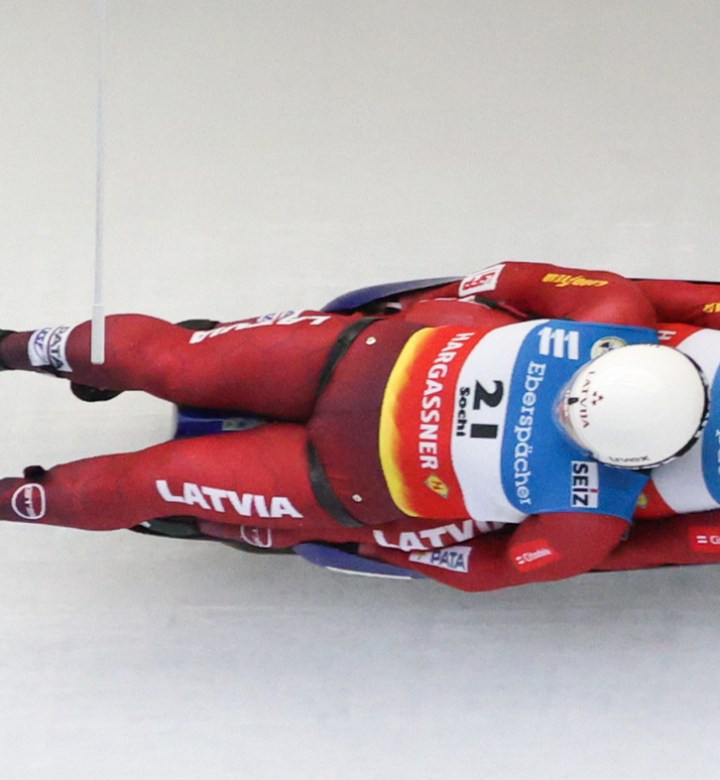 This could be us… 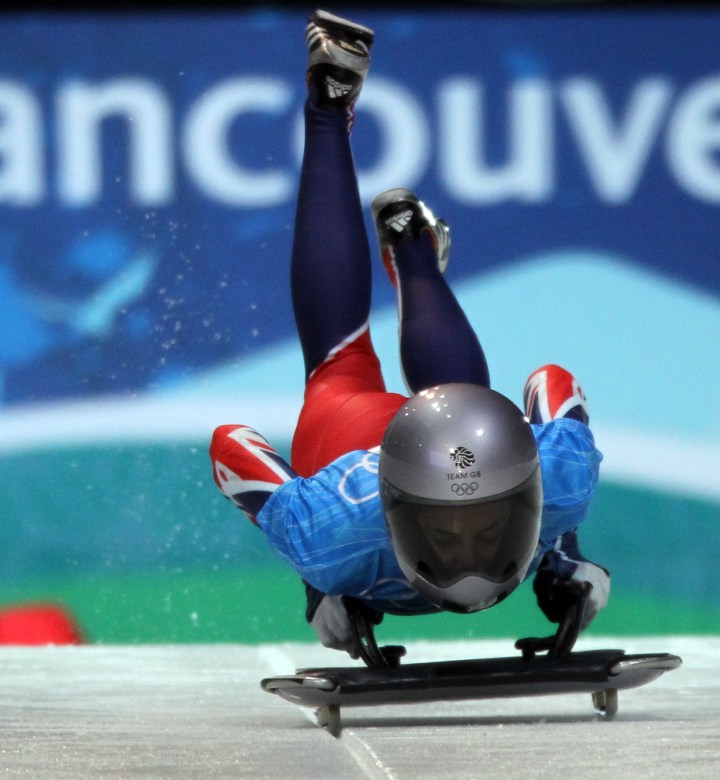 Skeleton may only be the 56th best event, but it’s probably the scariest. If I had to do this, I would cry. 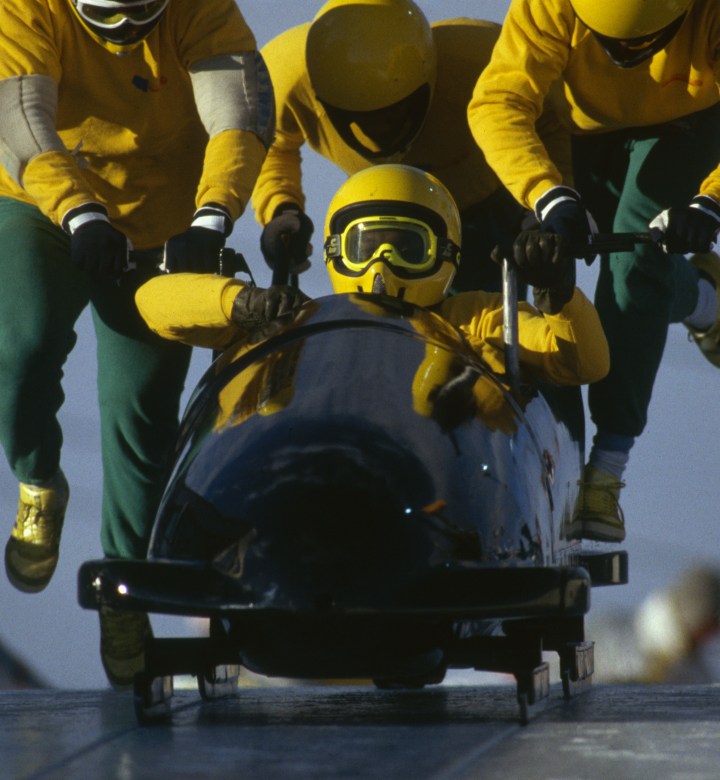 For the first time since 1998, the Jamaican four-man bobsled team immortalized by Cool Runnings has qualified for the Games. 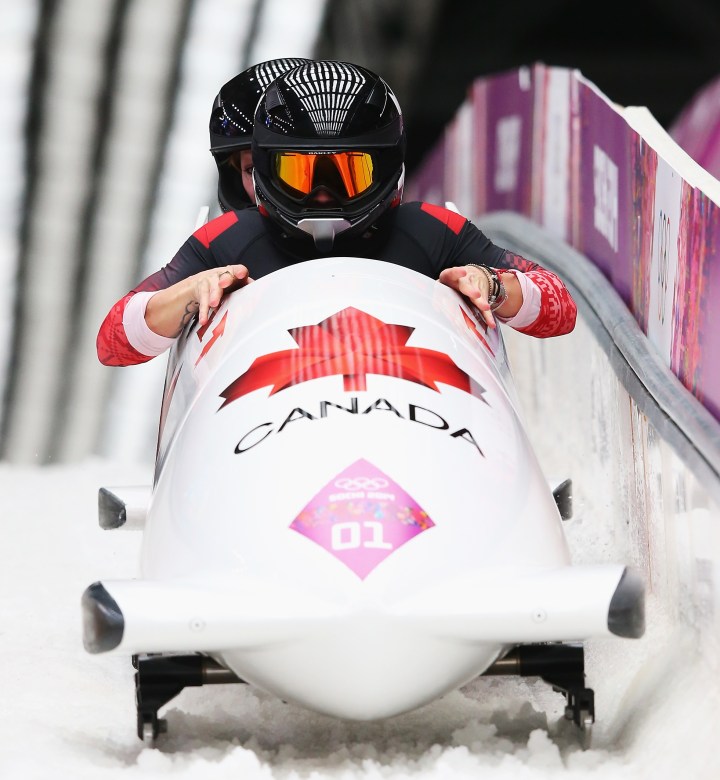 Elena Meyers Taylor and the newly-christened American Kaillie Humphries form a dynamic duo that represents one of America’s best bets to win gold in a sliding sport. 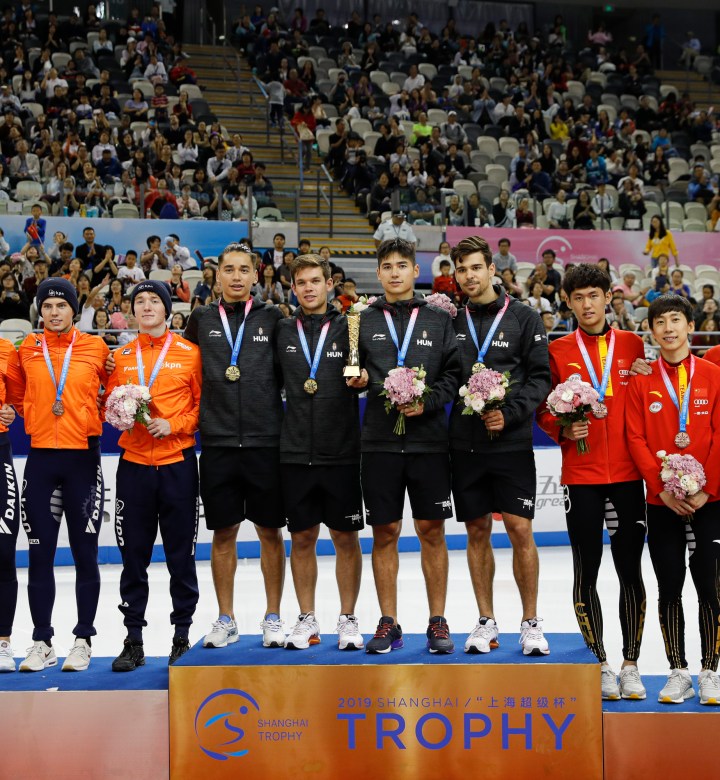 Making its Olympic debut, mixed team aerials is a much better idea in theory than in practice; all the best aerial skiers perform these exact same tricks in the individual program, which begins a few days later. Although it’s impossible to begrudge the prospect of more spins and flips, the scheduling of this event spoils the drama of the more prestigious individual aerial events. Similarly, the figure skating team event is plagued by similar issues, functioning as a suspense-draining prequel for the rest of the figure-skating competitions. 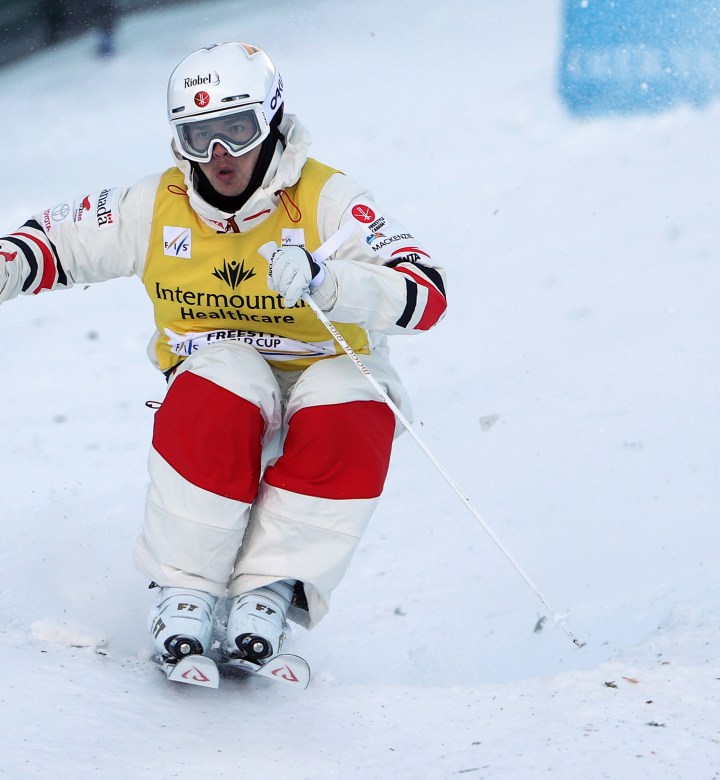 On the surface, moguls have it all: hills, bumps, jumps, etc. Ultimately, though, the bumps merely limit the possibilities of the jumps; since skiers have to navigate the uneven terrain, they’re not quite able to build up enough speed to pull off the face-melting tricks they can pull off in other events. 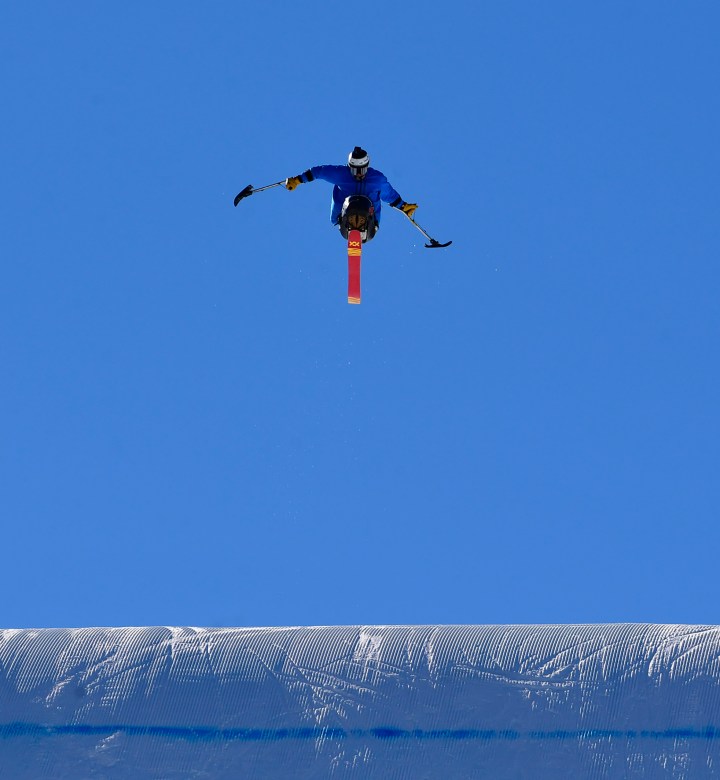 Conversely, the entire purpose of Big Air is to create a space where competitors can build up enough speed to pull off face-melting tricks. 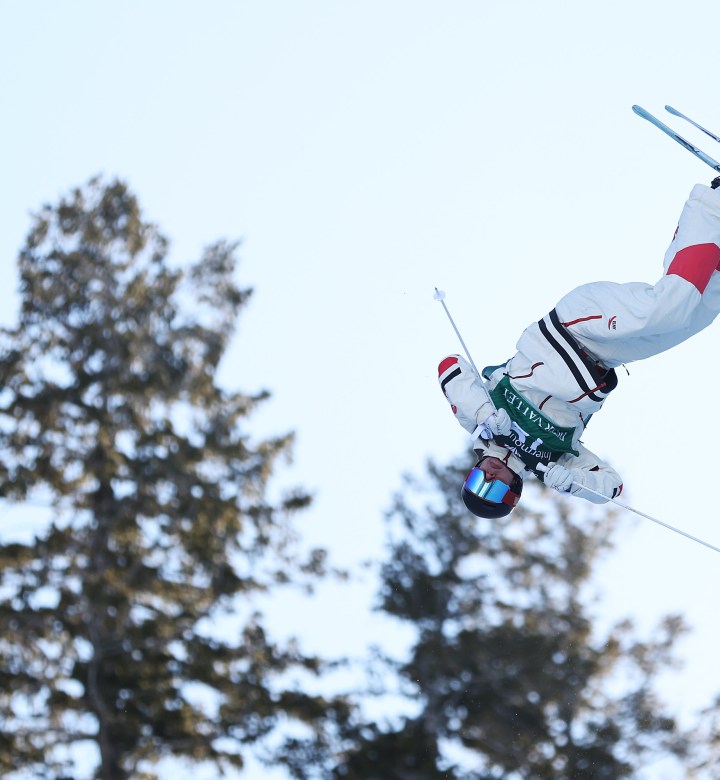 Although Aerials and Big Air are functionally pretty similar (ski down a big hill, twirl around a bunch in the air, don’t break your legs when you land, etc), aerial jumps are focused more on height whereas Big Air jumps offer more distance. As such, aerialists flip more while Big Air-ers spin more. Flips > spins.

Snowboarding tricks inherently look cooler than skiing ones. They just do.

Even if this isn’t the most viscerally exciting event and the snowboarders don’t quite reach the awesome speeds that alpine skiers do, it’s bolstered by the fact that head-to-head races are inherently very entertaining.

Yes, it’s a race, but it’s also practically an obstacle course. Riders jockey against each other as they brave bumps, turns, and jumps. I’m not totally sure why these events exist, but I’m glad they do.

No, this isn't the one with Shaun White

The Winter Olympics’ closest analog to track and field, short-track speedskating imagines a brave new world where sprinters have knives tied to their feet, go upwards of 30 miles per hour, and need to fight for the inside lane.

By and large, all relays are more exciting than non-relays.

American Jaime Anderson, the slopestyle gold medalist in 2014 and 2018, can become the most decorated Olympic snowboarder of all time with another medal.

Still only 21-years-old, 2018 gold medalist Red Gerard hopes to not only repeat in Beijing, but also to remember his parka and show up on time to the vent.

By this time next month, Chinese-American teenager Eileen Gu will be a global superstar. This month, the Vogue cover model became the first woman to ever land a 1440 double cork (four spins with two flips).

Although the men’s edition is sullied by the absence of the sport’s best players, the women’s competition is stacked with talent. Despite an injury to star forward Brianna Decker in the team’s opener, the United States should challenge for a second consecutive gold medal.

Hoping to redeem a disappointing performance in 2018, American Nathan Chen could solidify his spot in the figure skating pantheon with his first Olympic gold medal.

American Chloe Kim authored one of the greatest performances in the sport’s history during her gold-medal-winning star-turn in 2018. Now, even after taking time off to do science and read books at Princeton, Kim seems poised to do so again.

This is the Winter Olympic sport. Whereas other events are fun and noteworthy, alpine skiing has unparalleled clout. It literally determines where the Games can even take place—there’s a reason the Winter Olympics are purely the domain of snowy, mountainous places instead of, like, Rwanda. Already the most decorated downhill skier in the history of skiing downhills,  26-year-old Mikaela Shriffin could become the first person to medal in all six disciplines in the same Games.

The time difference between America and Beijing will admittedly make it hard to follow the Olympics in real-time, but Men’s Halfpipe is worth losing sleep over. The event is chock-full of intrigue as the 35-year-old Shaun White passes the baton to a new generation of exciting snowboarders. While White’s farewell tour will be front-and-center, the real story of this event can be found in the twin brilliance of Japanese brothers Ayumu and Kaishu Hirano. Together, the two of them are at the vanguard of snowboarding possibilities, pioneering new tricks and combinations that have never been seen before.