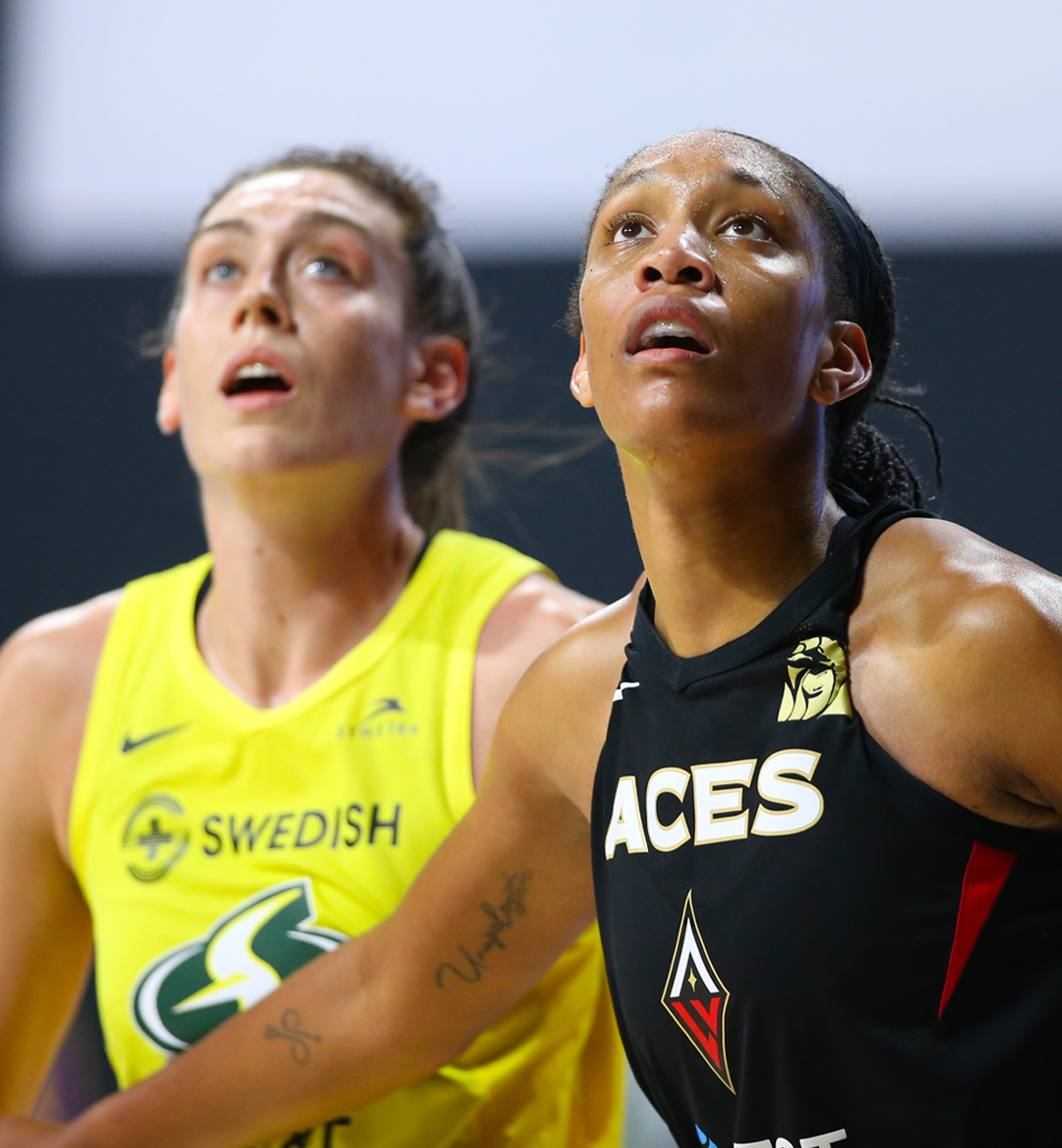 For the first time in its history, the WNBA All-Star weekend will take place in the city of Chicago. The defending WNBA champion Chicago Sky will host the star-studded weekend, with four of their own players selected for the big game on Sunday, July 10th. Here are the rosters for the 2022 WNBA All-Star game and who was drafted to what team.

The WNBA All-Star selection process is much the same as their NBA counterpart. Voting is split into three categories. Fan votes, WNBA players votes, and sports media votes. The fan’s account for 50% of the vote, while the other 50% is split between players and sports media. The two leading vote getters, and subsequently the two captains, are Seattle Storm forward Breanna Stewart, and Las Vegas Aces forward A’ja Wilson. Similar to how the NBA gave an all-star spot to Dirk Nowitzki and Dwyane Wade during their final season in 2019, Seattle Storm guard Sue Bird and Minnesota Lynx center Sylvia Fowles were named co-captains, as both athletes announced their retirement earlier this season. After the voting had finished, the two captains drafted their teams live on ESPN.

The leading vote getter and odds-on favorite to win regular season MVP this year, A’ja Wilson headlines Team Wilson. Wilson had a legendary career at South Carolina, winning a national championship and just about every accolade that you can earn. She has been dominating the WNBA since being drafted first overall in 2018. The first overall pick was designated to Chicago Sky forward and hometown hero Candace Parker. Wilson rounded out her starters with Aces teammate Kelsey Plum, and traded for Liberty guard Sabrina Ionescu and co-captain Sylvia Fowles.

Breanna Stewart will captain opposite A'ja Wilson after getting the second most all-star votes. There are few athletes that have dominated their sport the way that Stewart has. She won a national championship each year she was at UCONN, and has helped carry the Storm to two WNBA championships. Stewart selected Las Vegas Aces guard Jackie Young. Stewart put the finishing touches on her starting lineup taking Suns forward Jonquel Jones, and finally trading for Los Angeles Sparks forward Nneka Ogwumike and co-captain Sue Bird.