We're reflecting on some of the legend's best work 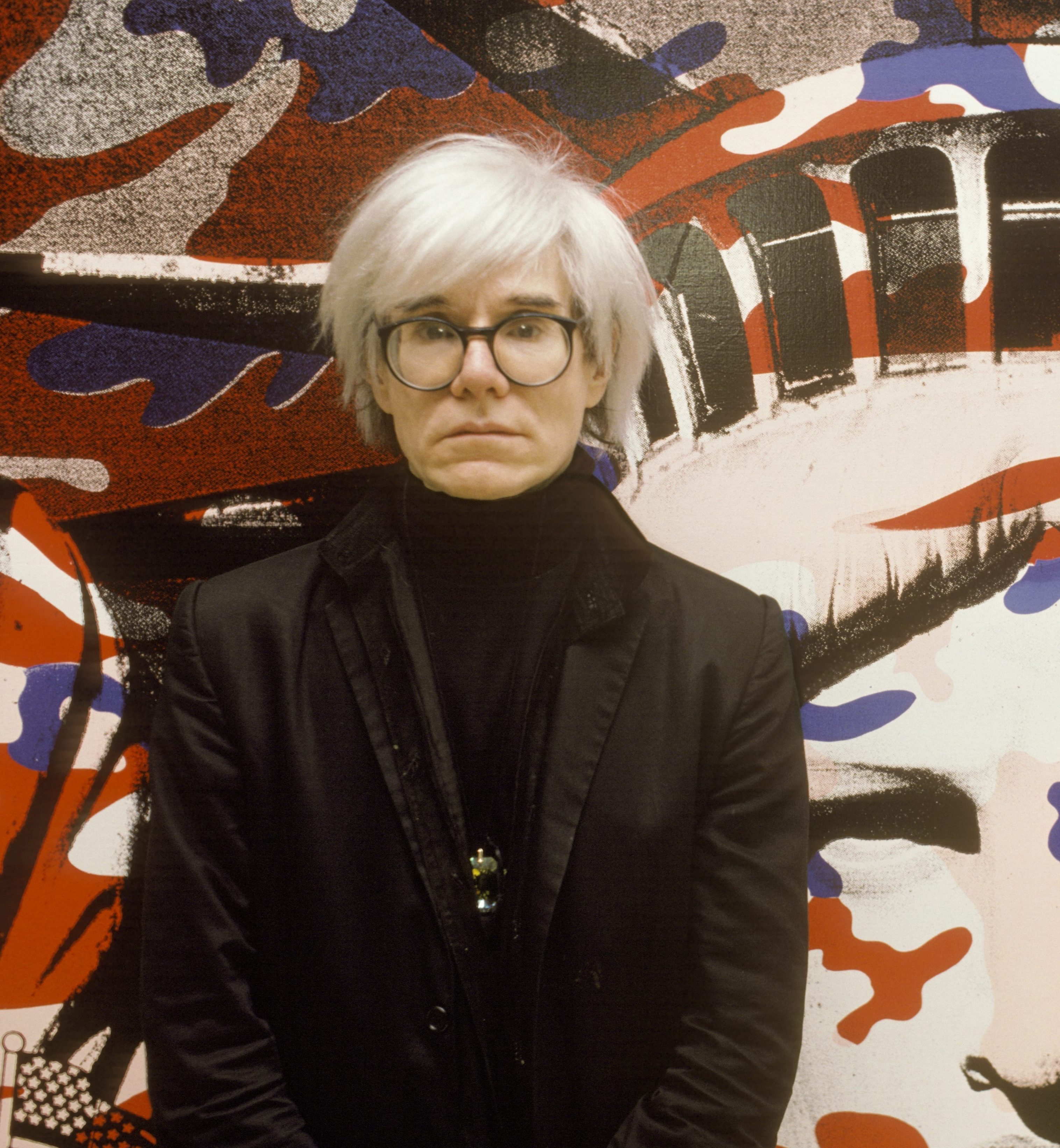 Andy Warhol. The ultimate creator. Mastermind, genius, and all of the above. There’s certain individuals whose influence is so great that without them having existed, the world would quite literally be different. Andy Warhol is one of those people. The visual artist, film director, and producer made his arrival into this planet known as Earth on August 6th, 1928, and in his 58 years of life, changed the way that we live, breathe, and consume art through various mediums of influential work which included artwork, films, photographs, books, and music. Speaking of films, the legendary artist produced and created quite a few during his lifetime, and so today we are taking a look at the best Andy Warhol movies. Narrowing down any type of Andy Warhol art is a difficult task, but we are going to give it a shot. Below are ten of them.

RELATED: Fashion on Film: The Disco Fever Style of the 1970s

10. The Velvet Underground: A Symphony of Sound

Alright, first let’s start out with a little background info. The Velvet Underground was an experimental rock band that Andy Warhol managed in the mid-1960s. Avant-garde and punk was their genre, and in 1966, Warhol created a film that centered around their rehearsals and creative jams. There was no real rhyme or reason to A Symphony of Sound, as was the case with a lot of Warhol’s films, but it is cool to see the creative processes of a rock band from that era. The film was made at The Factory in January 1966, and was released roughly a month later with the intent to be shown before their shows.

The Lonesome Cowboys is essentially a satire of Hollywood western films from the 60s. The film was directed by Warhol and produced by Paul Morrissey, and made its initial screening at the San Francisco International Film Festival in November 1968. The movie starred actors Joe Dallesandro, Eric Emerson, Taylor Mead, and Viva (one of the “Warhol Superstars”), and was shot in January 1968 in Old Tucson and the Rancho Linda Vista Dude Ranch in Oracle, Arizona.

The plot is kinda sorta but not exactly based on the story of Romeo and Juliet, and was shot on a 16 mm film Auricon camera, which was a sound-on-film motion camera which was used from the 1940s to the 1980s.

An adaptation of Anthony Burgess’ 1962 Novel A Clockwork Orange, Vinyl is about a young criminal who’s a menace to society. A behavioral treatment to “knock the criminal out of him” is instituted, and during the course of this “treatment,” we’re treated to a bunch of classic tunes from that era including “Shout” by The Isley Brothers, and “The Last Time” by The Rolling Stones.Vinyl was shot on a random day in on a very low budget, and starred Gerald Malanga, Edie Sedgwick (another one of Warhol’s Superstars), Ondine, and Tosh Carillo.

Starring Edie Sedgwick, Poor Little Rich Girl was made as a tribute to Shirley Temple’s (whom Warhol was a huge fan of) 1936 film of the same name. The first film in a series called The Poor Little Rich Girl Saga (all of whom starred Sedgwick), the concept was about a day in the life of a modern day socialite. The movie was shot in a posh New York City apartment belonging to Sedgwick, following the actress around as she woke up, ordered coffee, sipped orange juice, smoked weed, and put on makeup. The film is a silent one, with the only noise being an Everly Brothers record playing in the background.

Majority of the second part of the film was actually a reshoot due to the first reel being out of focus because of a faulty camera lens, which wasn’t discovered until the film’s processing. The second part of Poor Little Rich Girl (or the second reel if you want to be technical), was an add to the out of focus first part, which centered around Sedgwick talking to a friend, smoking, and trying on clothes in her apartment.

One of Warhol and Morrissey’s earlier films, My Hustler is about a charming hustler (Paul America) that everybody is fighting to get attention from. The major stand out of the movie was actor Ed Hood, whose role was to interact with the hustler. Hood, a graduate student in English at Harvard, was praised by critics for his incredible performance mostly because of his charm and voice, which he’d had professionally trained as a child in Alabama. Hood was also recognized for his odd peculiarities, such as the way he chose to drink from his beer bottle (which had a sexual element to it).

For this film, Warhol once again used a 16 mm Auricon new camera, with the movie being shot in its entirety over Labor Day Weekend 1965. The first screenings of My Hustler took place on a series of dates over the course of January 1966 at the Filmmakers' Cinematheque, which was eventually extended into April of that year. From there, a mainstream showing was premiered at the Hudson Theater in July 1967, where it would show continuously until the end of 1968.

Additional showings would take place in Los Angeles, Chicago, Tucson, San Bernardino, Albuquerque, Akron, and Indianapolis throughout 1966 and 1967, with the film being the first to make Warhol money.

Warhol was a major fan of DC Comics, so much so that he created and released Batman Dracula without the permission of DC, which is pretty badass in our opinion. The film was shown only at Warhol art exhibits, with filmmaker and actor Jack Smith appearing as both Batman and Count Dracula. Years later, some rare scenes from the film would be found, which would go on to be incorporated into the 2006 documentary Jack Smith and Destruction of Atlantis.

Now we searched high and low to see if Warhol was sued by DC for this film, and we couldn’t find anything, so we’ll have to assume he wasn’t, which makes this even more badass.

This experimental 1963 film was all about various couples kissing each other 3 ½ minutes each. In Kiss you saw man and woman, woman and woman, and man and man, kissing non-stop. Once again there wasn’t an official “plot” to the film, but if we had to tap into Warhol’s creative mind, we’d have to imagine this was yet another “F You” to the “traditional ways” that Hollywood viewed and portrayed romance in their films, especially seeing as though this was shot in 1963, which was the early days of Warhol’s movie releases.

We can’t be entirely certain that this was the objective here, but this is us just taking a guess based on Warhol’s later films.

Horse is about a game of strip poker gone wild when a jailer and his pal discover that the outlaw they’re playing with is cheating. This certainly wouldn’t be the first time that a fight has erupted out over cheating accusations during various different games, but it could be the first time that an entire film has ever been centered around it.

If there is one Andy Warhol film that everybody universally knows, it’s Chelsea Girls, which was his first major commercial success. Shot at the Chelsea Hotel along with other locations in New York City, Chelsea Girls was a documentation of the lives of several young women living in the city, many of which were official members of Warhol Superstars.

The film is presented in split screen format, with principal photography being shot in the summer and fall of 1966. Chelsea Girls received positive reviews, and in the decades since its release has gone on to achieve cult-like status.

Like many creative legends, Warhol’s work is more critically appreciated and respected now, than at the time of its release, which is ultimately the goal when it comes to art. Like fine wine, art is supposed to get better with time, and that is definitely the case with Andy Warhol’s pieces.