How 'PGA 2K23' is Expanding the Universe of Golf Fashion

We hung out with the team in ATL 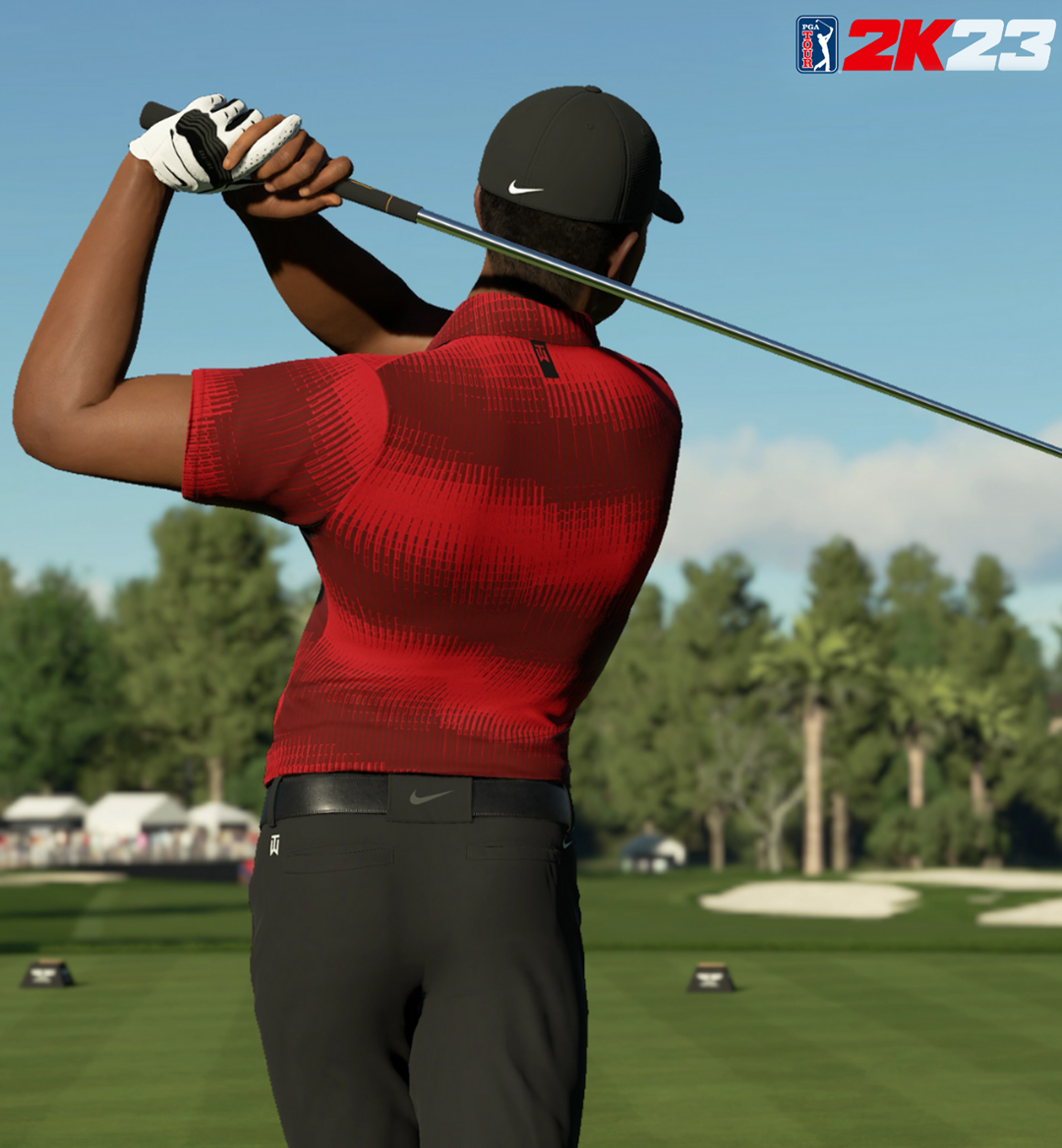 So, you’ve probably heard that PGA TOUR 2K23 is back and better than ever. The motto for this year is “More Golf. More Game,” and that sentiment couldn’t be any more correct. The game will be available worldwide on October 14, 2022, and there’s a familiar face on the cover. PGA TOUR 2K23 will feature PGA TOUR icon and all-time sports great Tiger Woods as the cover athlete, celebrating his legacy by introducing him as both a playable in-game pro and an Executive Director advising the game development team.

That’s not all though. This past week, we spent a couple of days with both the PGA TOUR and PGA TOUR 2K23 team to learn more about both the tournament and upcoming game firsthand at the East Lake Golf Course in Atlanta. Not only were we among the first to PGA TOUR 2K23, but we also got to go behind the scenes of the East Lake Golf Club facilities, check out the players as they were prepping for the crowning event of the PGA TOUR Playoffs for the FedEx Cup, and interview the DEV team about the development of the game.

Similar to our time at the NBA 2K23 House of Hoops event in Las Vegas this past July, we decided to take a style approach to our coverage, speaking exclusively with the DEV team about the importance of incorporating golf fashion and individual player styles into PGA TOUR 2K23, the brands and designers featured in the game, and more. You can check out the full interview below.

ONE37pm: Let’s first talk about the development of PGA TOUR 2K23. What was that process like?

2K DEVs: We worked on the game for eighteen months, and we benefited from our previous game development experiences taking everything from 2K21 to now. There’s new features this year as well. In those eighteen months, what we were doing was going back in time and bringing elements of the old game up to the new standards that we wanted to put forward for this year, and then bringing in new features, gameplay modes, pros, etc.

All of that new stuff gets built on top of the existing platform, and then it takes us the better part of two issues to get it to the fans.

ONE37pm: So with somebody like Tiger Woods or Michael Jordan, how is it developing to get them as close to real life as possible?

2K DEVs: It’s a multi-step process. What we do first is scan them. We either go to the athlete or they come to us, and we put them in a scanning truck full of cameras similar to a trailer. The athlete will go in, and they are rotated 360 degrees. Thousands of photos are taken to make sure it matches their exact likeness. From there we take all of that data, and our team brings in 3D software, and within that they start to stitch together that photography to create a build that matches the physical dimensions of the athlete to ensure accuracy.

We bring in all that photo reference, and the art team does the magic. They chisel, define, and build out, and then it’s a two-way communication between our team, the athlete, and their agents to ensure that their likeness is to their standard. We’re huge fans of these players, and we want to make sure that we are doing them justice.

ONE37pm: What are some of the brands included in the game?

2K DEVs: We don’t want to get the number wrong, so we’ll say we have dozens of brands going right now. As for the headliners, we like to keep a balance because ultimately golf is this long sport with an equally long history and tradition, so we want to make sure we are always paying attention to that side of the sport because ultimately those are your hardcores.

What we also want to do is leave the door wide open for the brands that are getting brought in by different players. So like you said, athleisure wear, streetwear, brands to complement that as well. Some of the more traditional brands we have represented are Titleist, Callaway, Ben Hogan, adidas, Under Armour, Nike, Jordan Brand, and Malbon is probably the biggest one.

With Tiger, for example, that red shirt and black shirt you see him with is like his game face. Where you kind of see him coming to finish the job. Whenever you see him in that, you know that he is coming to strike fear in the face of his competitors, but on the other days of the event you will see him wearing something completely different.

Interesting right? You can purchase PGA TOUR 2K23 on the official website.