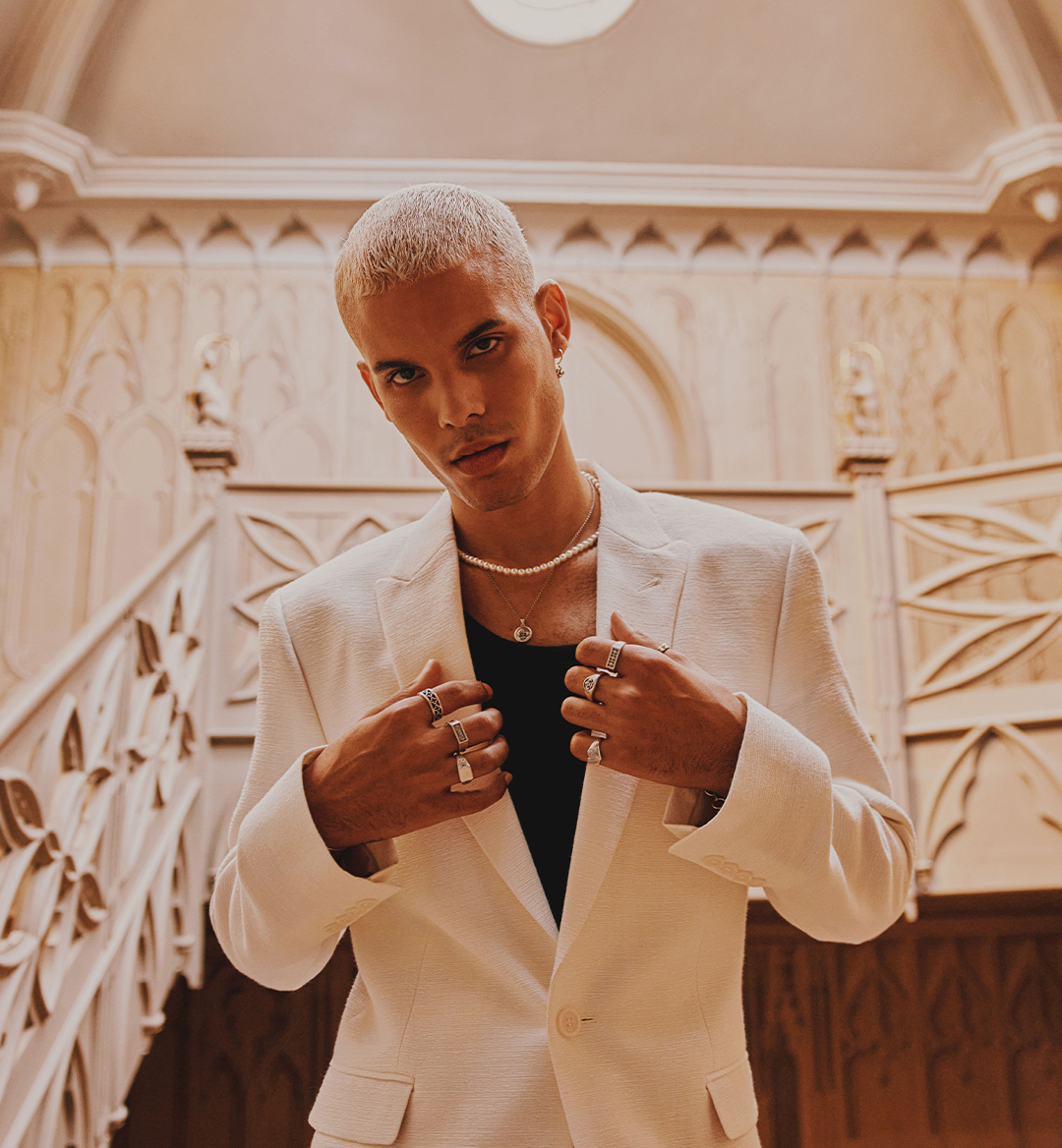 What are the words that come to mind when you think of jewelry? For us, it’s exquisite, elaborate, and vintage. Those words are the exact reason why we’ve fallen in love with the brand Serge DeNimes. A design-led brand that offers premium but affordable jewelry, Serge DeNimes was founded in 2011, and has since evolved into a worldwide jewelry brand known for their premium quality.

Every single Serge DeNimes is made from 925 Sterling Silver, and is designed in London, and hallmarked at the Goldsmiths’ Assay Office. Only three to four collections are released each year, each one with a unique theme and story behind it, and the latest is the Tudor Collection.

Building on the success of its 2022 Jubilee Collection, which was greatly inspired by the late Queen Elizabeth II’s Platinum Jubilee, Serge DeNimes’ new collection features 15 rings (most available in six sizes), 11 necklaces, 5 bracelets and 3 earrings.

We caught up with Serge DeNimes’ Samuel Darcy to talk more about the brand, the Tudor Collection, and future collections.

ONE37pm: Let’s first start with your newest release “The Tudor Collection,” which is inspired by the sixteenth century. Could you tell us a little bit more about what went into crafting that?

Darcy: It started with a moodboard, looking at architecture and artworks from that period followed by a visit to Hampton Court Palace; home of Henry VII. It really helped the design team to see these arts in person and get a feel for the lifestyle of the Tudors.

ONE37pm: You guys experienced a lot of success with “The Jubilee Collection” from earlier this year, which “The Tudor” expands upon, correct?

Darcy: British Monarchies have been an integral part of global history for centuries and the Jubilee Collection was a commemoration of the late Queen Elizabeth II’s Platinum Jubilee, which showed the presence of the Monarchy in culture across all generations globally. The Tudor Collection follows on from that by looking at preceding British monarchs, in particular Henry VIII and, Elizabeth I and the influence that they have had on Britain spanning hundreds of years.

ONE37pm: There’s also talks of a pop up in NYC where you guys are working with Bloomingdales too, right?

Darcy: For sure! We are launching with 2 key stockists; Urban Outfitters and Bloomingdales. They’ll be our 2 key partners to maximize the development of the brand as we grow in The US. We will be organizing another pop up shop in Q1 of 2023 to celebrate the launch of the brand in the department stores.

ONE37pm: Have you always been in men’s jewelry - if not how did this come about?

Darcy: The brand started in 2011 with the idea of being a creative outlet for founder Oliver Proudlock, as well as a platform to boost up-and-coming talent within the creative community. We started out with seasonal collections of apparel but after 6 years of producing clothing and accessories. We saw a gap in the menswear market - premium fashion jewelry. Since 2017 we have evolved into a worldwide jewelry brand, well known for our fashion forward designs and premium quality materials.

You can keep up with all of Serge DeNimes’ latest releases via their official website.