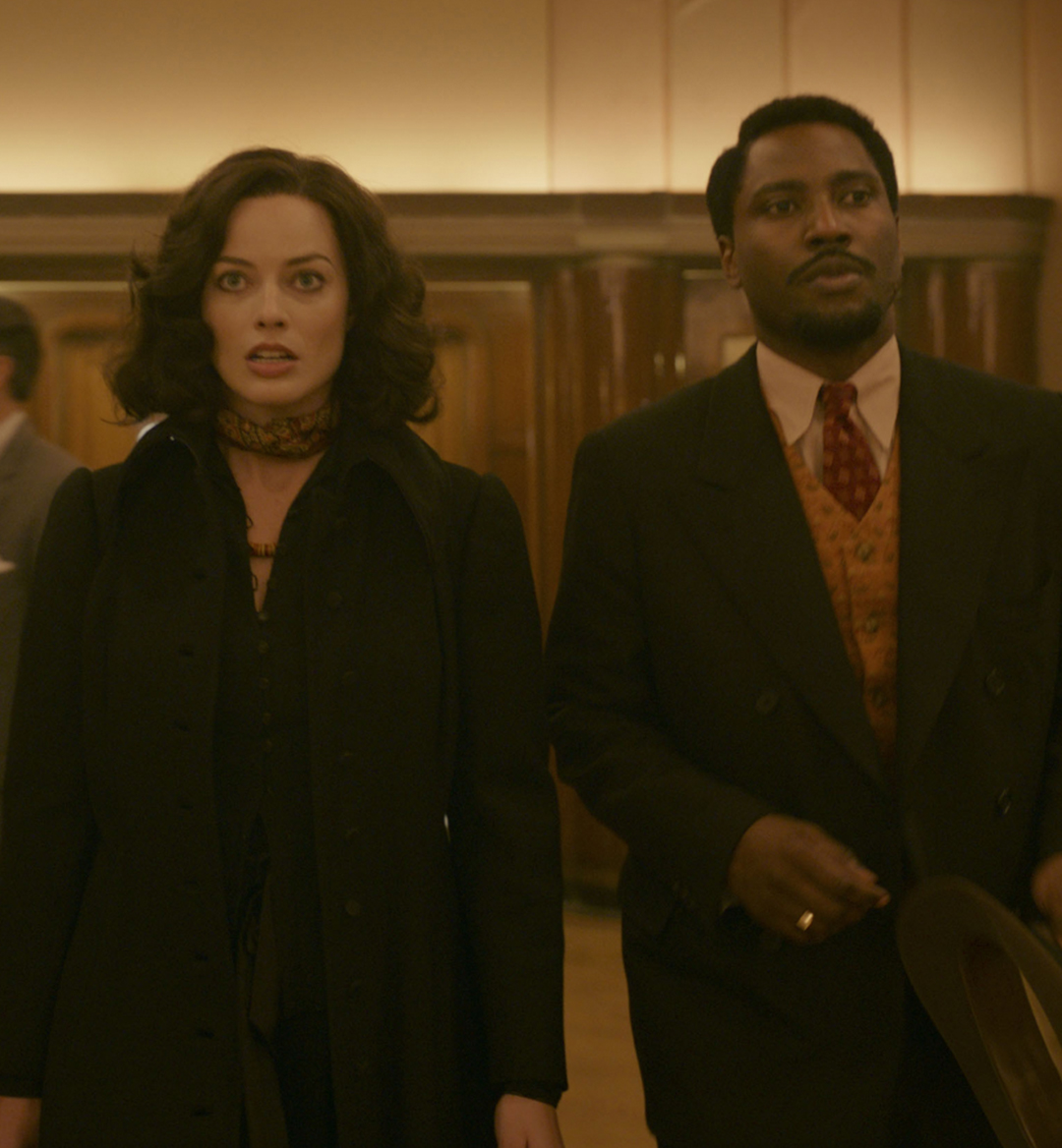 Amsterdam is a visual delight to watch, and if you love period pieces or era-specific fashion, you should definitely check it out. Set in the 1930s New York, the film is about three friends who are witnesses to a murder, become suspects in said murder by proximity, and wind up discovering something much bigger than they could have ever realized. Featuring an all-star cast that includes big names such as Christian Bale, Margot Robbie, John David Washington, Robert De Niro, Zoe Saldaña, Taylor Swift, and Mike Myers.

Amsterdam officially hits theaters today, and as we’ve done with similar films, we’re taking a look at the style, design, and production behind the movie. 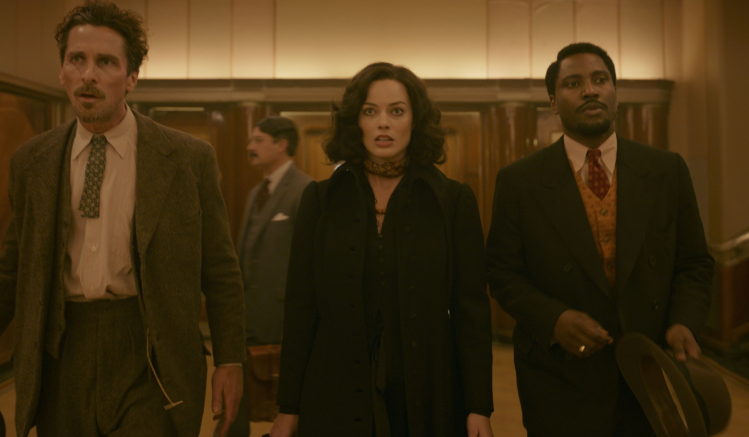 The movie begins in New York City in 1933. Now this where our Fashion on Film series comes in handy. If you recall the piece we did on the 1930s decade, the 30s was The Great Depression (though very little attention was put on that as this was mostly a story surrounding the rich and powerful), but minimalist and conservative fashion was the trend as most people scaled back when it came to their clothing.

The men’s daily wardrobe consisted of suits, suits, and more suits, and fedoras, which had become popular the previous decade. That’s exactly what we saw the men in during the movie. 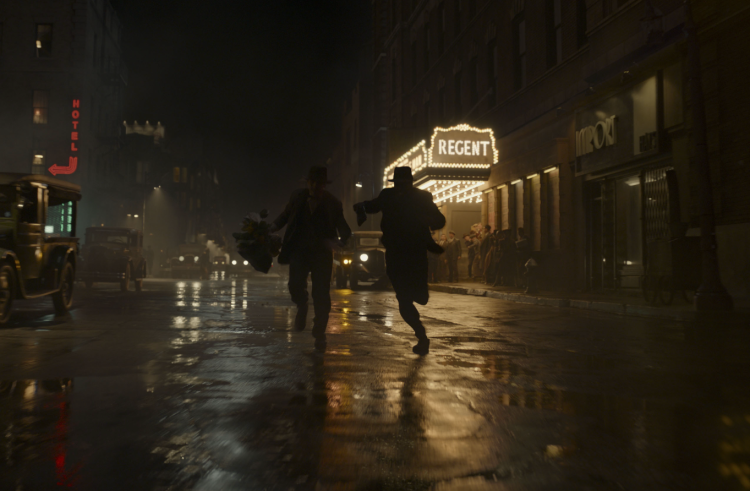 As for the women, they were mostly either in dresses or blazer/skirt combos which was the standard at the time. Their dresses and suits were also accessorized with pocketbooks and classic jewelry. Short hair and red lipstick were also classic staples of that era.

Now one of the things Amsterdam is being praised for, is its production design. So we thought it would be cool to show you a picture of how New York City actually looked during the 1930s. This is a snapshot of 30s NYC. 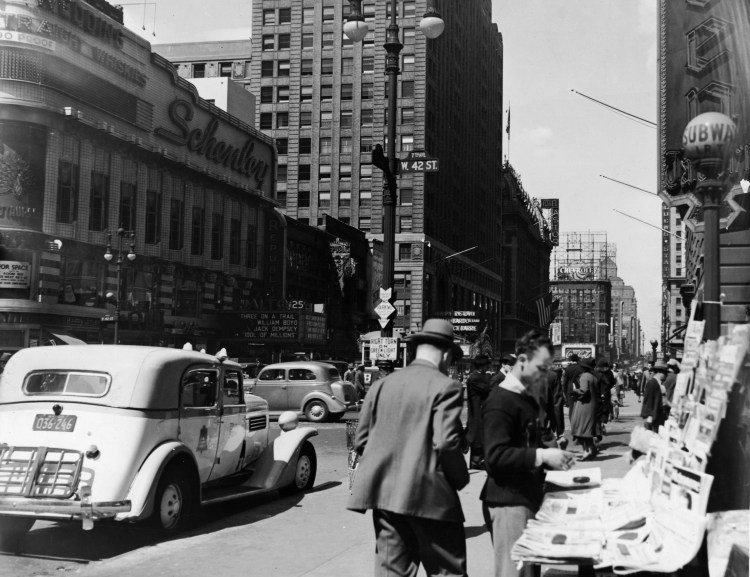 And as you can see in these clips below, the production crew did an excellent job of matching that.

Slight spoiler here. Only a brief part of the movie actually takes place in Amsterdam, but the Amsterdam scenes are critical to understanding the rest of the movie. We started Fashion on Film with the 1920s, so teens fashion isn’t something we’ve actually covered yet. That said, the year 1918 meant that it was in the midst of World War 1, and that’s pretty much all we can say without giving away some of the plot.

Don’t worry though, it was mostly military fashion, so there’s not a whole lot that you guys are missing out on if you are reading this article before seeing the movie.

We also saw lace dresses, satin tops paired with waist high pencil skirts, long sleeve shift dresses, and vests instead of suit jackets. The velvet dresses were also a clue to this being set during the fall/winter as velvet is typically only worn during those months. 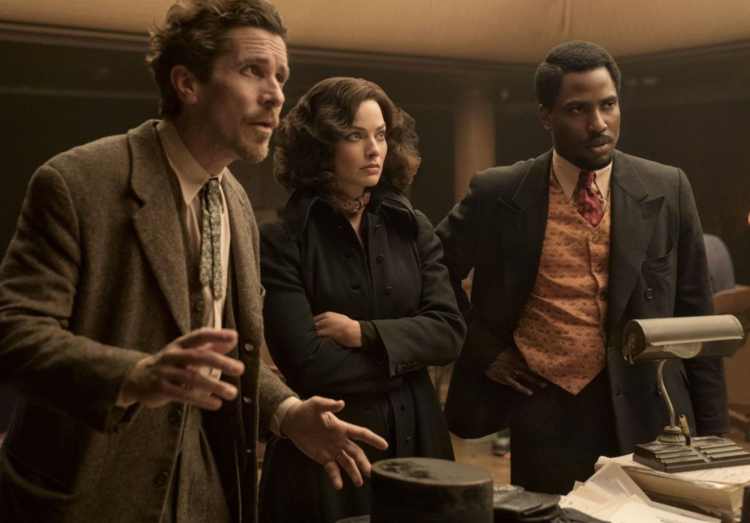 Back to the production/design side of things, there was a brief scene that took place in the Waldorf. Once again, we thought it would be cool to show you how the Waldorf (which itself has a rich history that dates back to the late 1800s) actually looked back then. 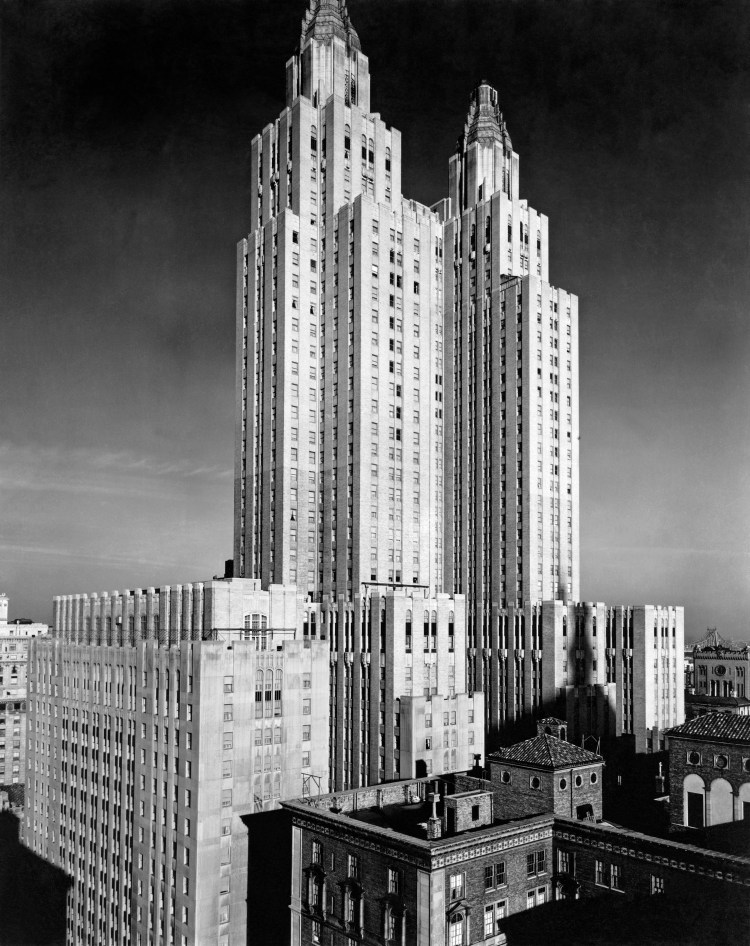 Another attention grabbing element were the cars, which once again was very accurate. Some of the most popular cars in the 1930s were Cadillacs, BMWs, and, of course, the Mercedes Benz, all of which were shown during the outside/street shots of the movie.

Here's an actual look at how the cars were designed back then. 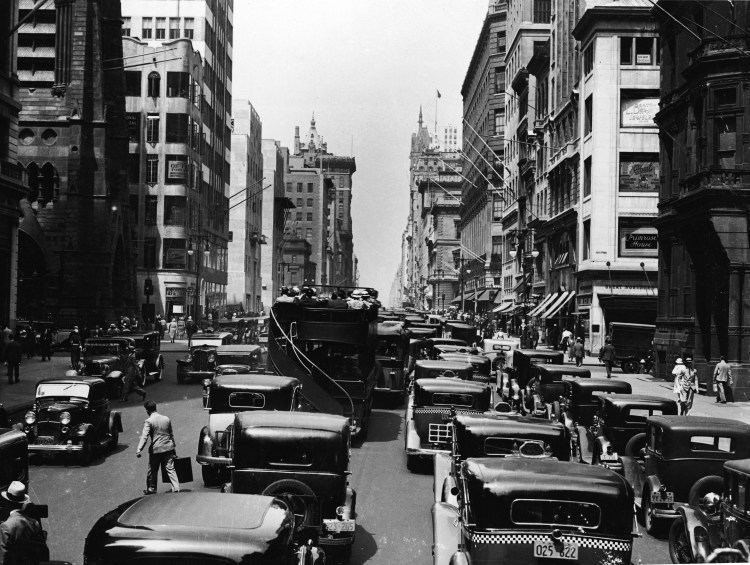 The final part of this movie takes place at a gala. Once again, we can’t tell you why without it being a spoiler, but we can tell you that the extravagance of the 1920s party era was something that did carry over into the 1930s. There were glamorous gowns, makeup and “Sunday best” suits (there was a difference between “regular” suits and “evening” suits).

All of which made this scene quite possibly its best from a visual standpoint as it was quite stunning to look at. The ballroom setting and music also added to the imagery of the elaborate costumes, which was a neat component as well.

We’ll leave it there because that pretty much covers the style and production of this film. In our opinion, Amsterdam is a movie that you should checkout sooner rather than later, and we hope this style convinces you to hit the theater this weekend.