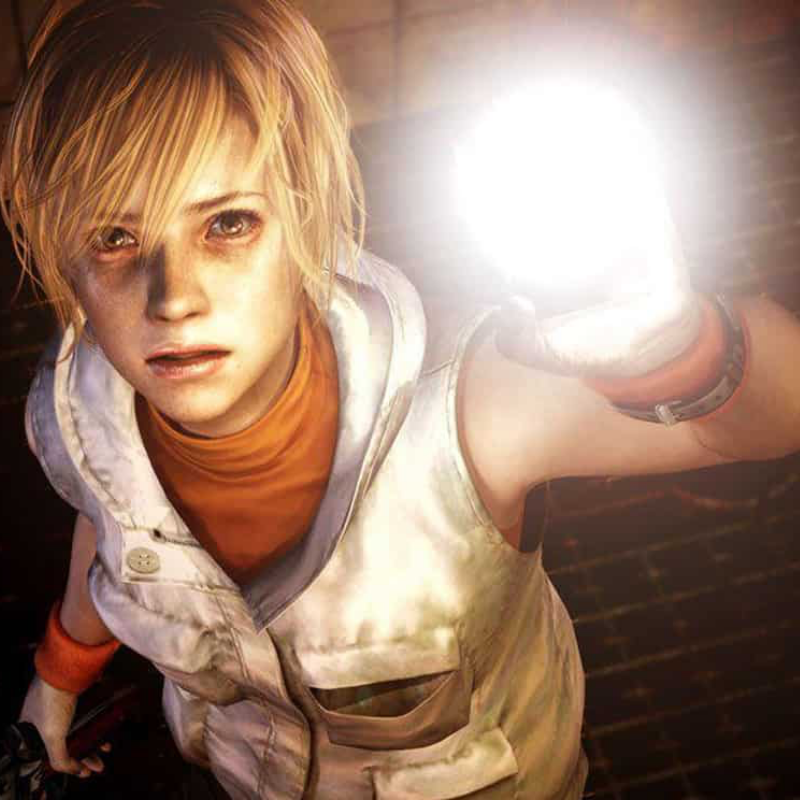 When it comes to horror, fewer video game franchises have a better reputation for terrorizing players than Silent Hill. Since 1999, the small town of Silent Hill has been a hotbed for bizarre creatures, mysterious deaths, and some seriously disturbing happenings. And we've loved it ever since it debuted on the original PlayStation in the '90s. With each subsequent release, we've hungrily jumped on each game, eager to have the living hell scared out of us, and begin to mark down the best Silent Hill games during each harrowing journey.

Unfortunately, while there have been several Silent Hill games over the years, not all of them share Like any long-running series, Silent Hill has grown and changed over the years, and its changes have drawn their fair share of praise and detractors. The Silent Hill of today is not the same as it was when it began, and it’s still evolving. One day we may even get a new game if we keep holding out hope.

But which games are the best out of the core selection of Silent Hill entries? Which ones are stinkers, and which should you consider playing first? More importantly, which Silent Hill game is the best of the best? We've got you covered with our rundown of all eight mainline Silent Hill games, ranked. Stick around and see if your favorite makes the grade.

Silent Hill: Downpour, like Homecoming, attempted to recreate the formula that made the first few Silent Hill games work. Unfortunately, it story involving prisoner Murphy Pendleton was ultimately forgettable. When Pendleton finds himself stranded in Silent Hill after his prison transport vehicle crashes, he makes his way through the town unlocking a variety of repressed memories and discovering the truth behind a variety of heinous crimes.

It's a decent setup, but ultimately a bland and unexciting game in general, with little to connect it to the classic Silent Hill gameplay so many loved and appreciated. And with so much forced wandering around and backtracking, you'd think the combat could make up for those things a bit, but that unfortunately wasn't the case. To add insult to injury, longtime composer Akira Yamaoka wasn't even a part of the game's development. It was the perfect storm of a disappointment for most players.

Silent Hill: Homecoming, developed by Double Helix Games, explores the plight of soldier Alex Shepard, who returns from overseas to search for his missing brother, who has (of course) vanished into the ether of Silent Hill. Though the core gameplay remained more or less intact as it was in previous games, a number of significant changes to the formula altered it heavily, to the point of no longer being Silent Hill in the eyes of some. The protagonist's background as a soldier made the combat far more fluid and effective, changing the dynamic of your interaction with the monsters.

In addition, the camera was no longer fixed, giving the player full control. Though many still found the game scary, it took away the claustrophobic, cinematic feel of the original installments, granting the player more of a sense of capability. This put it in line with Resident Evil 4, which shifted in a more action-oriented direction, but, unlike RE4, it did not receive universal acclaim. It's an acceptable game, but ultimately disposable in terms of the Silent Hill name.

Silent Hill: Origins flipped the script and acted as a prequel to the first Silent Hill game. It follows trucker Travis Grady as he sets off in search of a girl he rescued from a house fire. Along the way, he ends up unlocking a series of repressed childhood memories, and as we all know, that's never good news for anyone trapped within the world of Silent Hill. It's a decent portable game, but ultimately predictable, forgettable, and quite short. It did its job as a prequel, but now it's difficult to recall much about, proving just how lackluster it was.

Silent Hill: Shattered Memories was a reimagining of the original Silent Hill that debuted on the Wii, with ports to the PlayStation and PSP. It includes everything that made the original game great, but it's now played in an apparent different universe with some alternate characters, plot points, and new gameplay mechanics: a first-person segment, over-the-shoulder perspective, and psychological tests that alter the course of the game. While there are still monsters, however, there's no combat. It could have been an excellent reworking of the original game, but it wasn't quite what was necessary to go do in history as one of the best.

Silent Hill 4: The Room was released for the PS2, and was different from the outset, not even taking place in Silent Hill. It instead follows a man named Henry, who lives in the town of Ashfield. He's been trapped in his apartment for five days, with no means of communication with the outside world. On the fifth day, a hole appears in his bathroom wall, and it plunges him into a world of nightmares. This entry largely did away with the puzzle-solving that was a hallmark of the series, instead focusing more heavily on combat, to fantastic effect.

The game received largely positive reviews, but criticism was leveled in multiple directions, with some feeling that the game's lack of emphasis on puzzles was a detraction, and others felt that the reliance on fixed camera angles had become an outdated hindrance as opposed to a genuine horror tactic. Personally, I enjoyed it the most out of any of the other games with the Silent Hill moniker. For better or worse, this was the last game to be developed by Team Silent, which had started the series, and as such it's memorable for the many ways that cemented it as part of the traditional Silent Hill cabal.

Silent Hill 2 appeared on the PS2 in 2001, expanding on everything that made its predecessor so groundbreaking. It tells the tale of James Sunderland, a man who has received a letter from his deceased wife, telling him to meet her in Silent Hill. Where else, right? The claustrophobic and well-designed atmosphere soiled many pants and won rave reviews.

What Silent Hill 2 is most known for is introducing series mainstay villain Pyramid Head, who became one of the single most famous video game monsters of all time. He is a constant, voiceless villain that stalks James relentlessly, often forcing him to hide and pray he's not discovered. To this day, Silent Hill 2 is still viewed by many as one of the greatest horror games ever made, and it often graces the higher reaches of Greatest Game lists.

The original Silent Hill remains one of the most terrifying. Following one Harry Mason, a man who travels to the enigmatic town of Silent Hill to find his missing daughter, it championed the Resident Evil-style survival horror mechanics perfectly and felt just like the natural evolution of the genre. Eschewing common horror tropes for slow pacing and a deeply unsettling atmosphere, it was considered groundbreaking.

Physical horror was largely pushed aside for intricately structured psychological horror, using fixed camera angles and what many consider to be clunky controls to create an atmosphere of tension and borderline helplessness. A shaky flashlight lights your way, which hints at how poor Harry's aim is. Everything about Silent Hill is fantastic, and it's well worth revisiting, even if you've played it a dozen times. If you've never played it at all, well, you're in for a treat.

Silent Hill 3 debuted on the PS2 in 2003 and continues the tale Harry Mason began in the first game. It follows his adopted daughter Heather, who discovers that she is an important pawn in the plans of Silent Hill's horrible cult. Like the two games that preceded it, Silent Hill 3 is an extremely disturbing, often outright horrifying game that makes excellent use of multiple elements to craft an atmosphere of dread and mystery. Heather must solve all manner of bizarre and macabre puzzles to advance, always plagued by the horror that surrounds her. This may all sound like it's par for the course, so why does it top the list?

Out of all of the Silent Hill entries, it feels legitimately like the one that we could relate to in real life. Heather has no idea what's going on, her life is falling to pieces around her, and there's no way to figure out all of the secrets she finds herself dealing with. And we all know how difficult it can be to deal with being a teenager. Beyond that, it introduced us to some truly gross enemies, story concepts, and fridge horror that we're still thinking about today. Seriously. If you haven't experienced this entry, take some time to do that now. You won't regret it.