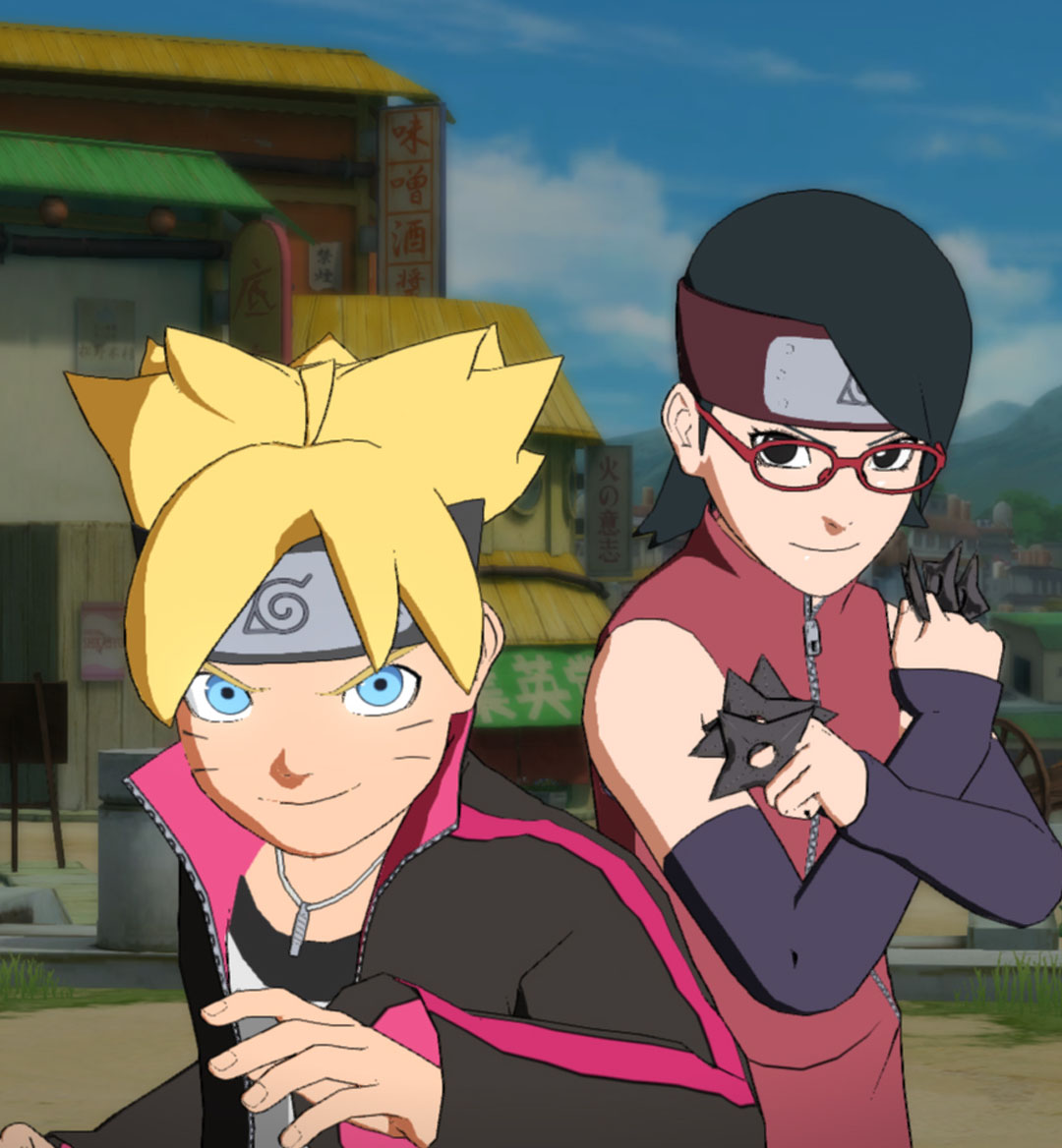 If you’re not clued up on what an anime is, you’re getting closer and closer to becoming the minority as each year passes. Anime has been taking over the world for a few years now, and the silly stigma around it being only for a specific group of people is thankfully wearing away.

An anime is basically a Japanese version of a cartoon. Many of these were part of the western world before we realized what we were even watching – think Yu-Gi-Oh!, Pokémon, or Dragon Ball Z. In Japan, manga (Japanese comic books that anime series often spawn from) sell hundreds of millions of copies. You can read about some of the best-selling manga of all time here.

Now, you’re probably familiar with what a fighting game is, but the name can cause some confusion if gaming isn’t your thing. Yes, a lot of games have fighting or some form of combat in them, but they’re not all necessarily fighting games. Fighting games, as the name suggests, are all about fighting. They’re generally centered around close-range combat between two or more players, like Street Fighter, Soul Caliber, or Tekken.

So those are anime series and fighting games in a nutshell, now if we put them together… see where we’re going with this?

Whether you’re into anime and want to experience it from a gaming side or you want to ease into some anime fandom with some gaming, this list might just be right for you. We’ve compiled a list of the 19 best anime fighting games that have ever been made. Check them out below in alphabetical order.

This game is a crossover fighting game just like Super Smash Bros. Ultimate, but with characters from BlazBlue, Persona 4 Arena, Under Night In-Birth, Arcana Heart, Senran Kagura, Akatsuki Blitzkampf, and for the first time, Rooster Teeth’s original series RWBY. Many of those games appear on this list, so this is a great one to pick up to either get familiar with them or if you already are. The game, developed and published by Arc System Works, offers 2v2 battles and tag-ins.

Developed by French Bread and Ecole Software and published by Sega, Dengeki Bunko: Fighting Climax is another game that boasts a roster from multiple franchises. Characters from Virtua Fighter, Sword Art Online, Valkyria Chronicles, and more make appearances here. The benefit of being published by Sega is that many of the arenas are made up from classic games of theirs, like Sonic The Hedgehog. Fighting with those environments in the back is fun. Also unique to this game is the fact that you pick the main character to fight with and an assist character who you can also control.

The Dragon Ball series boasts some of the best anime fighters that have ever been made, which is why it has not one, not two, but three on this list. Dragon Ball FighterZ though is arguably the best of the bunch. Developed by Arc System Works (who also developed the aforementioned BlazBlue game on the list), this is a 2.5D game that has won a bunch of Best Fighting Game awards. It doesn’t bring anything new to the genre, but it does everything about as well as it can be done.

Budokai 3 was developed by Dimps and published by Atari for the PlayStation 2 way back in 2004. There are 42 playable characters, and while every character in the game was supposed to have their own story on story mode, just eleven characters ended up making the cut for it, likely due to time constraints. Compared to the two games that come before it, Budokai 3 boasts being the closest looking to the real anime. While Tenkaichi 3 (which is next on this list) gets praise, many fans consider this to be the better fighting game.

This is the third and final game in the Dragon Ball Z: Budokai Tenkaichi series. Available on the PlayStation 2 and Nintendo Wii, the game was first released in 2007. There are a whopping 98 characters available to play as here and if you know anything about Dragon Ball, you know that there are a lot more in different forms too. It makes for one of the largest rosters in any fighting game ever. This game allows for players to play specific arenas in the day or night-time, which makes recreating scenes from the anime a lot easier.

Available on Arcade, PlayStation 2, and the very underrated PSP, Fate/unlimited codes is based on the Japanese adult visual novel Fate/stay night. It’s a 3D game that makes use of the width and height advantage and players generally tend to feel like combinations here require some skill to master. Other than that technical side, this is a fighting game that’s good enough to fit into the crowd.

Guilty Gear has been around since the late 90s with Xrd being the fifth entry in the main series. We picked out this game in particular for the list, but truthfully you can pick anything from the series and have an enjoyable experience. This game, in particular, stands out for its accessibility, with many calling the game a great entry point for beginners to the anime fighting game genre or fighting games in general, largely because of its tutorial mode but also a simple interface with fewer characters.

Released in Japan in 2013 and North America, Europe, and Australasia in 2014, JoJo’s Bizarre Adventure: All-Star Battle is just one of ten games in the main series where the most recent game is from 2019, and the oldest is from way back in 1993. Only available on the PlayStation 3, the game features more than three dozen characters from all of JoJo’s story arcs. Characters here are true to the series, and there’s even a story mode where events from the manga series can be replayed.

Jump Ultimate Stars was only released on the Nintendo DS in Japan and it’s from way back in 2006, but if you can get your hands on it, you’re in for a treat. Developed by Ganbarion, this game is a massive crossover including characters from 41 different anime series like Yu-Gi-Oh!, Naruto, One Piece, and more indisputable classics. The arenas you play in are interactive, with some walls and floors being destructible. If this one is unplayable to you because it’s inaccessible, we recommend Jump Force for a newer game in the series.

Some games on this list are great entry points if anime fighting games haven’t been your thing up until now, but this isn’t one of them. It’s a little niche and you’ll benefit greatly from knowing what has happened in Trigger’s KILL La KILL anime series before you jump in. Especially episode three, because that’s where this game takes place. Some great news for fans of the anime is that the same voice actors voice the game’s characters and just like the fights in the series, the fighting here is hectic and fast-paced.

In addition to being a fighting game, Melty Blood is a visual novel. Co-created by Type-Moon and French-Bread, it offers many of the features that fans of fighting games love. You can chain combinations, you can cancel attacks and you can use a super bar (known here as a Magic Circuit) to replenish health or unleash ultimate attacks. If you play it and you’re a fan, you’ll be pleased to know that a new game in the main series, Melty Blood: Type Lumina, is expected later this year.

My Hero Academia is a manga that has been in production since 2014, boasting 30 volumes. It’s very popular and My Hero One’s Justice 2 is the third game based around it. The sequel to My Hero One’s Justice was released in March of 2020. The general consensus around this game is that it takes all of the best elements from the first game, keeps them, and mixes them in a pot with some great new features like destructible environments, new characters, and a mission mode.

If you’ve ever played any one of the previous games in this series, you already know what to expect here. Ultimate Ninja Storm 4 was released in February of 2016 and has sold 6 million copies to date. The game has a story mode that you can enjoy, but the gameplay is really what is at the forefront here. What makes Naruto games unique in the anime fighting genre is that just like characters in the manga and anime do, you can wall-run, which really keeps the combat dynamic.

Nitroplus is a Japanese visual novel video game developer that is responsible for some big and respected titles. What this game does is it crosses over heroines from various of their releases, brings them together, and lets you pit them against each other. There is a total of 32 characters, 14 of which are playable and 18 of which are support characters. Mechanics are simple and there are just five buttons in use here: light attack, medium attack, heavy attack, escape action, and heavy action.

This is technically an action-adventure game, so the fighting that happens here isn’t done in the same way as most of the other games on this list, but we can assure you, fighting is the vast majority of what you do here. The story just has more of an impact on things. One Piece has sold 480 million copies of its manga worldwide, so a successful game series was one of the obvious things to do. Pirate Warriors 4 is arguably the best offering in the series.

Even if you’re not heavily into anime, you might still be aware of the Persona series. Persona 4 Arena takes place just two months after the events of Persona 4, but there’s no real plot that affects the gameplay, so you won’t need to know what has happened before to enjoy this game. Considering this was the series’ first step outside of the RPG genre, they did exceptionally well, with fans and critics praising the game for its 2D art style and general gameplay.

Released in December of 2008, this is yet another crossover fighting game. Developed by Eighting and published by Capcom, just the name of the game should tell you that you can expect a roster full of big names. Ryu, Chun-Li, MegaMan Volnutt, and more make appearances. The fighting style here is tag team and is set in a 2.5D environment.

18. The King Of Fighters XIII

At the time of writing, this game is just a few days away from turning 11 years old. Developed and published by SNK Playmore, The King Of Fighters XIII was first released as an arcade game and then on the PlayStation 3 and Xbox 360 a year later, with iOS, Android and PC releases all coming in subsequent years. This game replaces some features of its predecessor like the zooming camera and the Guard Attack. In place of them are features like EX Mode and HyperDrive Mode.

Released in September of 2012, Under Night In-Birth follows suit with the mechanics from most of the 2D fighters on this list. There are light, medium, and heavy attacks, all with the ability to be canceled or turned into super and special moves. There is an impressive roster of characters that all have their own feel while also being balanced. There is also a plot that once again, you don’t necessarily have to follow closely to be able to appreciate the game.

Mobil 1 Challenges NBA2K Players to Tune Up Their Game