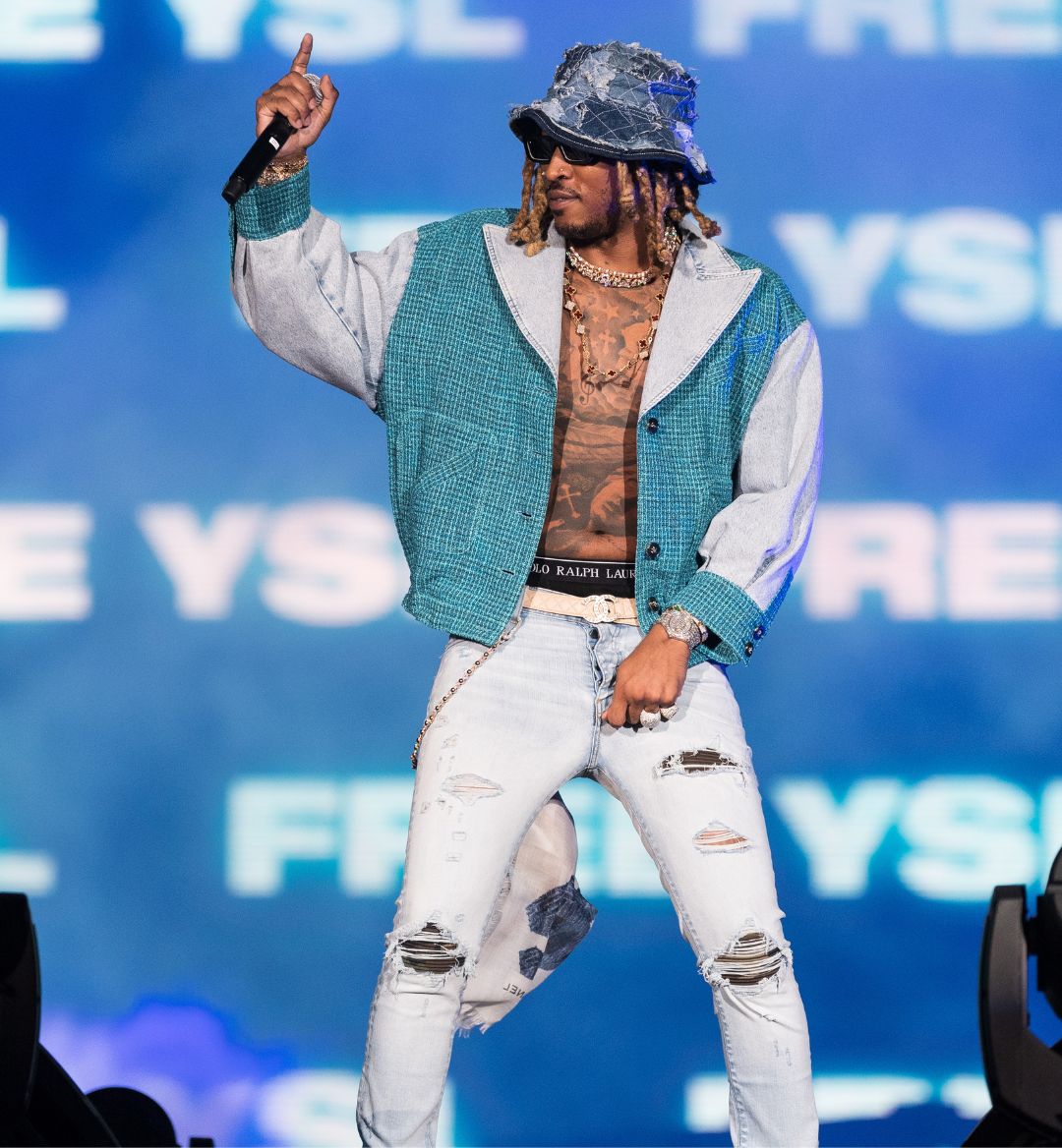 Earlier this week, it was announced that platinum-selling artist Future had sold his publishing catalog for a whopping amount of money. The music-rights company, Influence Media Partners scooped up Future’s catalog for a reported eight-figures. The catalog, which includes solo songs like “Mask Off”, as well as collabs with Drake ( "Life Is Good" and "Jumpman”), Kendrick Lamar, "Selfish” with Rihanna, The Weeknd and others features more than 600 songs that were released between 2004 and 2020.

Although the amount may seem huge, it really isn't all that surprising when you consider Future's track record. He’s been one of the most prolific and successful artists of the last decade. Future’s most recent album, I Never Liked You — which dropped this year and doesn’t count towards the 600+ songs he sold off the rights to— debuted at No. 1 and features the No. 1 hit, “Wait For You.”

What is a Publishing Catalog?

Just what is a publishing catalog, you wonder? According to Songtrust, it’s a collection of works controlled by a songwriter or publisher. When an artist or songwriter sells their publishing catalog, they're essentially selling the rights to the songs they’ve created. This is a big deal, as the catalog owner controls the publishing rights and the ability to exploit the songs commercially with things like sync licenses.

With the rise in popularity of music streaming services, owning publishing rights is probably more important than ever. While some may question whether or not Future could have gotten more money, it's clear as day that his publishing catalog is really, really valuable. This move comes as a surprise to some but not all, since it’s a part of a larger trend. Not only have some of the most well-known artists in the world sold their publishing catalog, but also songwriters and producers have sold the rights to theirs and their masters also.

The news of Future’s cash out broke just days after rumor circulated that Ye (formerly known as Kanye West) was looking to sell off his publishing for about $175 million. Kanye later shut those rumors down and the most Ye way. While artists like Ye, his big brother Jay-Z and Taylor Swift have fought for ownership of their music many artists are deciding to sell off all or portions of their lucrative body of works.

Bling Bling! Lil Wayne once rapped “I made a 100 million dollars flat.” That statement runs truer than ever nowadays. The rap G.O.A.T. brought in big bucks in 2020 after selling his extensive catalog of songs (as well as the rights to much of his Young Money roster’s music) to Universal Music Group. The price tag attached to the transaction of epic portions was reportedly $100 million. Around the same time, Universal Music Group also acquired Bob Dylan’s collection of about 600 songs for a sum of $300 million.

When international megastar Shakira decided to unload her extensive catalog, featuring almost 150 songs, she made a deal with Hipgnosis Songs Fund Ltd, another power player in the music rights space. The “Hips Don’t Lie” singer reportedly sold it off for an undisclosed amount. Justin Timberlake did the same thing earlier this year, selling his publishing rights to Hipgnosis Songs, which also has the rights to songs written by iconic writers and producers such as Benny Blanco, L.A. Reid, Timbaland, Mark Ronson, The Dream and many, many others.

Canadian music rights management firm, Kilometre Music Group purchased superproducer Murda Beatz and platinum singer Bryson Tiller song catalogs. The announcement was made in the earlier half of 2022. According to the LA Times, John Legend “sold the copyrights as well as the rights to receive royalties from music he wrote from late 2004 through early last year” to KKR & Co. and BMG.

There are just some of the musicians and songwriters who have recently sold their publishing catalogs. And the list continues to grow.