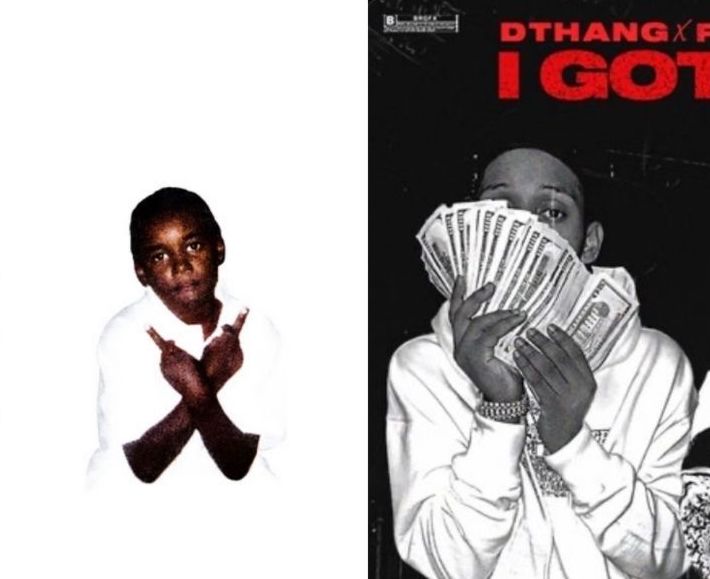 Every week a bunch of new projects, songs and snippets hit the airwaves and streaming platforms and it can be a tall task sorting through all of the noise. Luckily, ONE37pm is here to help keep you in tune with what should be on your radar. This week’s collection of new releases includes new Ken Carson, Dthangs, Brent Faiyaz, Burna Boy and others.

Tap in with our weekly roundup below and don’t forget to come back every week for a rundown of what’s new in music.

If you haven’t heard of Ken Car$on yet, it’s okay, because you will soon. The 19-year-old rapper has been making a name for himself over the course of the last few years. He’s garnered cosigns from VFiles, hit-making producers like Southside and TM88 and Playboi Carti, who serves as executive producer for Car$on’s latest project, X. X is the follow-up to last year's Project X. With production from emerging producers such as Outtatown, Starboy and Gab3, the 20-track new Ken Carson album features his signature sound, as well as his raps about sex, drugs and his rockstar lifestyle throughout. Car$on says it best on “Murda Musik,” “I live my life like a movie.”

"I Got A Feeling" — Dthangs, French Montana & TDot

French Montana has a knack for spotting talent. Time and time again, he’s been an early supporter of artists before they hit the mainstream. The latest artist on the rise to get French’s stamp of approval is Dthangs. The Bronx-based drill rapper has been building his buzz with gangsta raps, becoming one of the faces of Bronx drill. His 2021 banger “Talk Facts” has over 19 million views on Youtube. Dthangs and French, along with TDot connect for the single "I Got A Feeling." The song samples the Black Eyed Peas' 2009 hit “I Gotta Feeling.” With its hard-hitting bars and hypnotic production, "I Got A Feeling" is sure to make waves on the drill scene and beyond. RPTTTTTT!

Even though it took a minute for Brent Faiyaz to release his sophomore album, WASTELAND, it’s been worth the wait. In the almost five years since the release of his debut album, Sonder Son, the toxic singer-songwriter collaborated with some of the most respected names in r&b and hip-hop to help deliver his latest album. The likes of The-Dream, Alicia Keys, No I.D., Tyler, The Creator and Raphael Saadiq contributed to the hotly anticipated project, which also features The Neptunes-produced Drake collab, “Wasting Time.”

With its mix of hip-hop, R&B and of course, Afrobeats, Love, Damini, Burna Boy’s latest album is sure to appeal to fans from around the world.

Murda Beatz, the superproducer behind massive hits for Drake, Migos and many others, delivers the Latin vibes with his new Pharrell Williams-co-produced posse-cut.

NY drill king, Fivio Foreign, slides from Paris to Tokyo with the help of Kid LAROl on this latest single.

The latest single from Yo Gotti’s CMG label’s forthcoming compilation album is proof that squad is full of big steppers.

As always, Doechii calls it like she sees it.