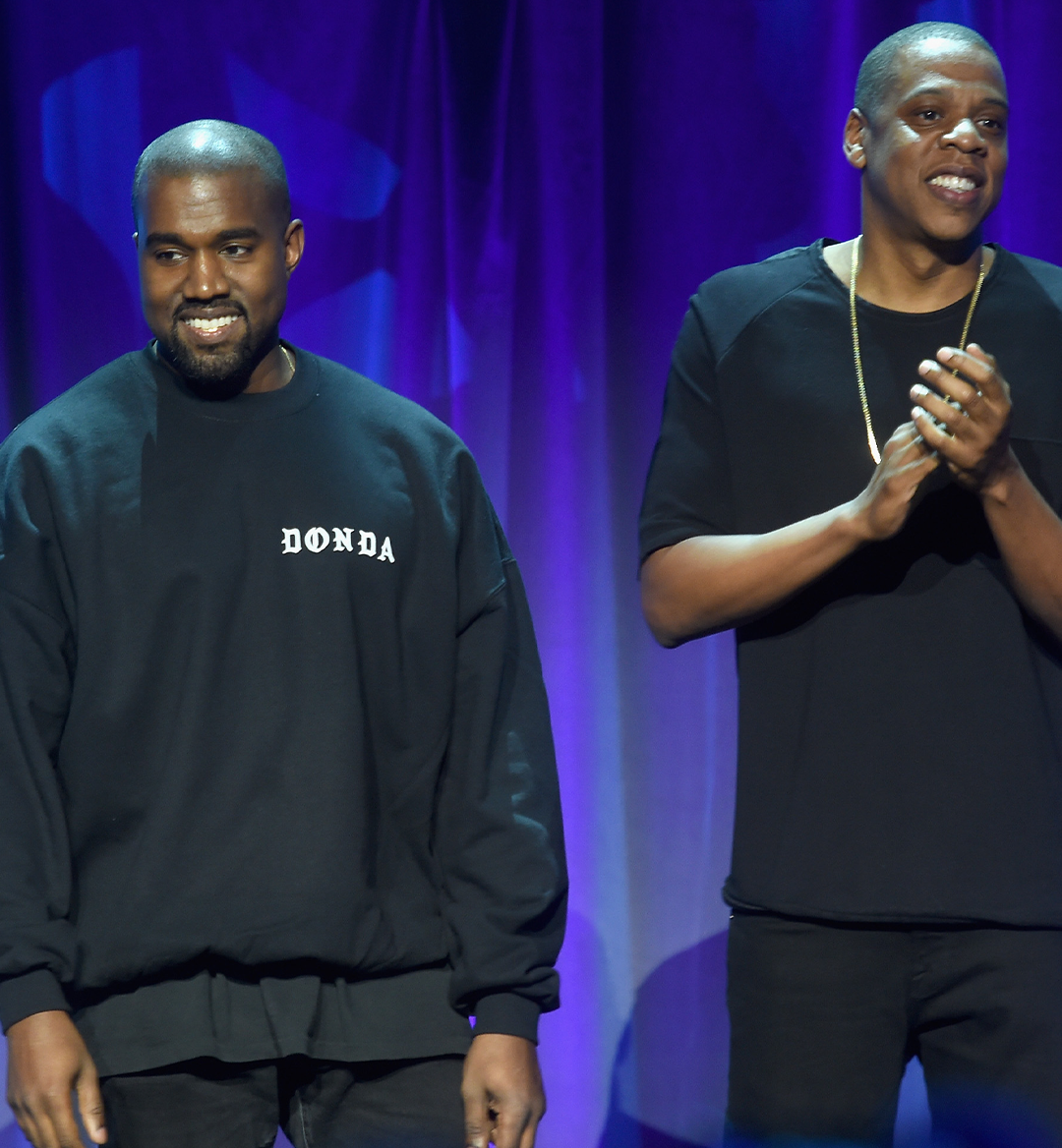 More than any other art form, music is preoccupied with the ideas of ownership and authenticity. As such, it's become common for musicians who started their own record labels to reach new heights beyond their solo career. From Bad Boy Records and Death Row in the 1990s to GOOD Music and Cactus Jack nowadays, music history is studded with artist-led labels that have driven the industry and the popular zeitgeist. So, here are 16 of the biggest musicians who started their own record labels. 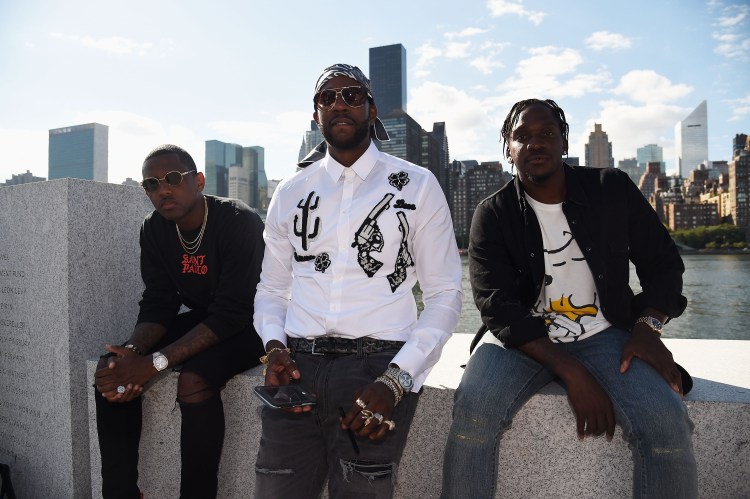 Since its inception, the Kanye West-led GOOD Music has been one of the most prominent labels to be started by a rapper. Originally an imprint of Def Jam, GOOD Music has become a powerhouse in its own right. Over the years, GOOD Music has been home to considerable talent, releasing 11 platinum albums such as Kid Cudi’s Man on the Moon (2009) and Big Sean’s Dark Sky Paradise (2015). In 2015, Pusha T was named the label’s president and has overseen operations alongside COO Steve Victor. 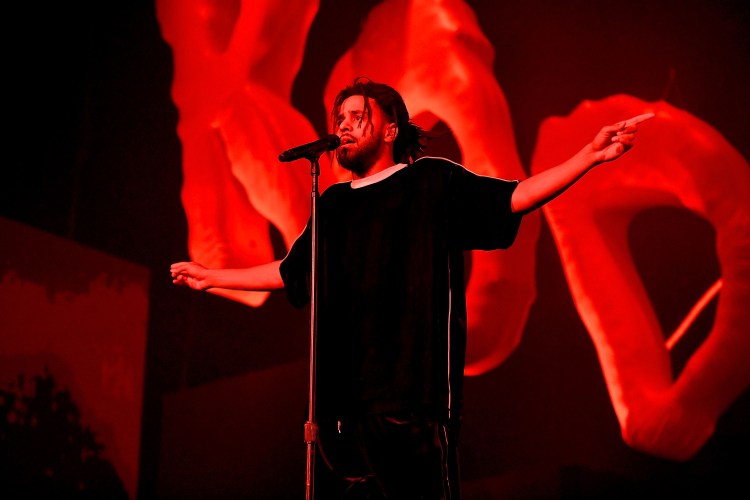 More than perhaps any other active label, Dreamville is a cohesive unit. Led by J Cole, the Interscope imprint has built up a deep reserve of talented acts such as JID and Earthgang. In summer 2019 and again in March 2022, Dreamville released compilation albums featuring contributions from their roster and other acclaimed artists in their orbit. By doing so, they proved their talent as a collective and as individuals. 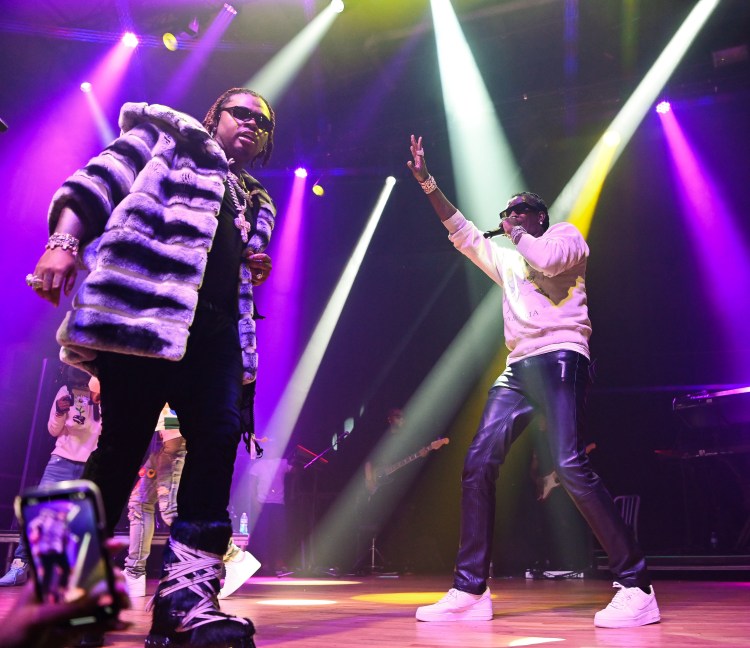 Before becoming the subject of a sprawling criminal investigation, YSL was simply known as one of the most innovative and exciting record labels in hip hop. Since 2019, YSL’s solo acts have released four chart-topping albums  (Gunna’s Wunna in 2020 and DS4Ever in 2022; Young Thug’s So Much Fun in 2019 and Punk in 2021) and their 2021 compilation album Slime Language 2 went platinum as well. 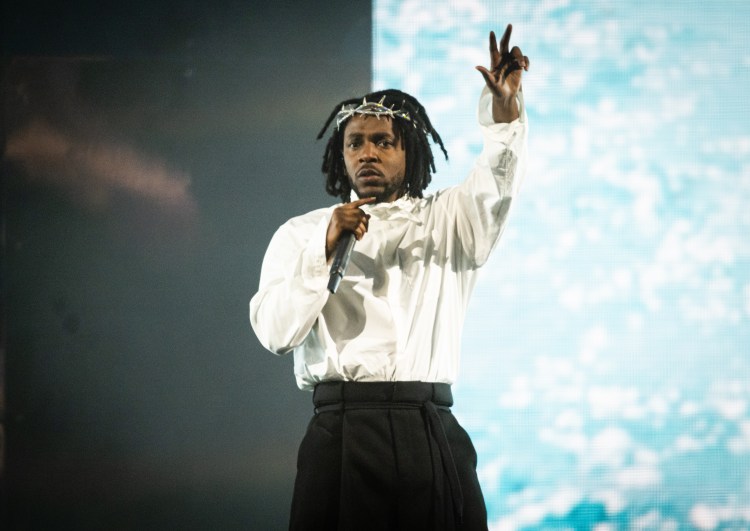 One of the newest entries on this list, pgLang is the brainchild of Kendrick Lamar and his manager Dave Free. So far, the label has been home to two major releases in Baby Keem’s The Melodic Blue in 2021 and Kendrick Lamar’s Mr. Morale and the Big Steppers in 2022. Beyond music, pgLang has designs to break into film, fashion and other forms of media, but those plans are still murkier. 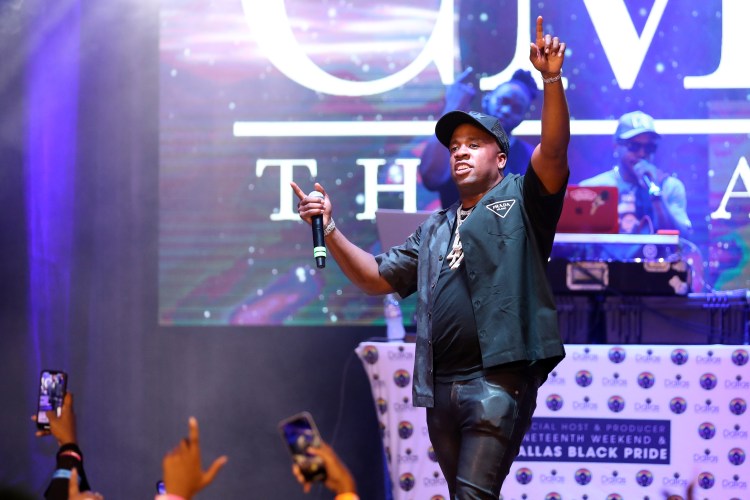 One of the buzziest record labels in all of rap, Collective Music Group has put out major albums in 2021 and 2022 such as Moneybagg Yo’s A Gangster’s Pain, 42 Dugg’s Free Dem Boyz, and 42 Dugg and EST Gee’s collaborative project Last Ones Left. 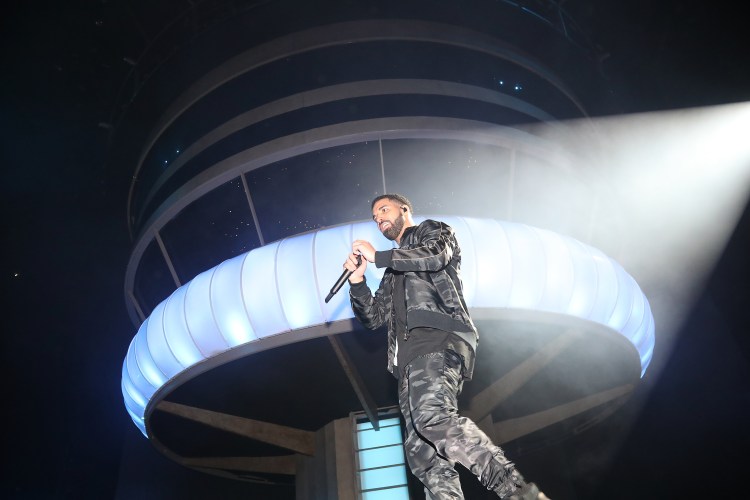 Although OVO Sound has yet to produce a star as big as Drake, Drake’s continued cultural dominance has kept the label incredibly relevant on its own. Since launching the label in 2012, Drake has released iconic albums such as Take Care, Nothing Was the Same, If You’re Reading This It’s Too Late, Views, More Life, Scorpion, Certified Lover Boy and Honestly, Nevermind. 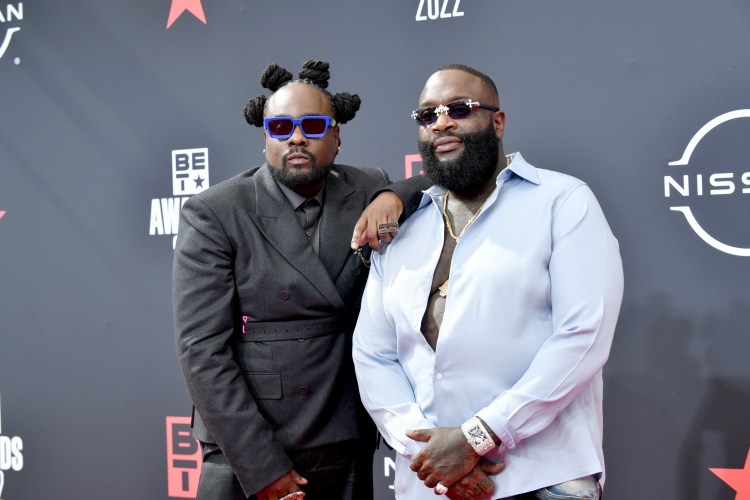 Headed by Rick Ross, Maybach Music Group is among hip hop’s preeminent labels; their signature “Maybach Music” tag is instantly recognizable and has adorned some massive hits over the years. Since their inception in 2008, Maybach Music Group has released 19 solo albums and three more collaborative mixtapes. Of the 22 projects, five albums have gone gold while three more (Rick Ross’s Teflon Don, Meek Mill’s Dreams Worth More Than Money and Championships) have gone platinum. 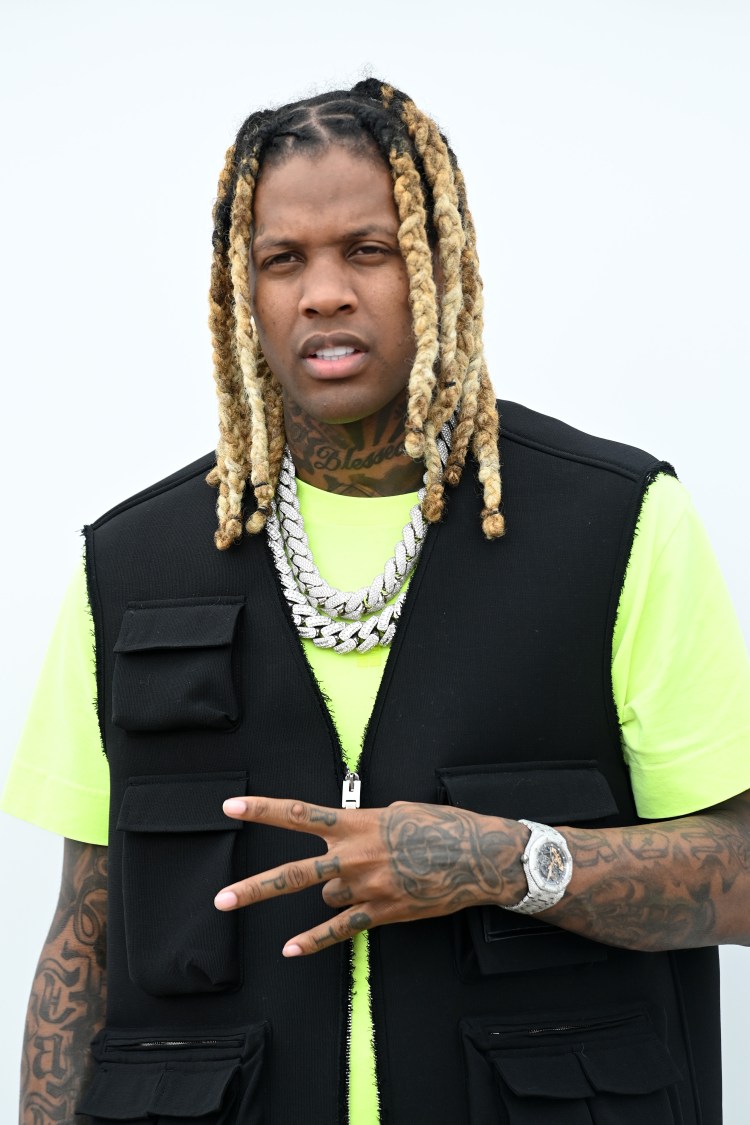 With Lil Durk’s recent re-rise to stardom, his Only The Family label is in the limelight as well. Originally part of French Montana’s Coke Boys label, OTF seceded and became part of Empire in time for their 2018 compilation album Only The Family Involved, Vol. 1. But despite the label’s recent success with their most recent album Loyal Bros going platinum in 2021, OTF hasn’t created a star outside of Lil Durk after King Von was tragically murdered in November 2020. 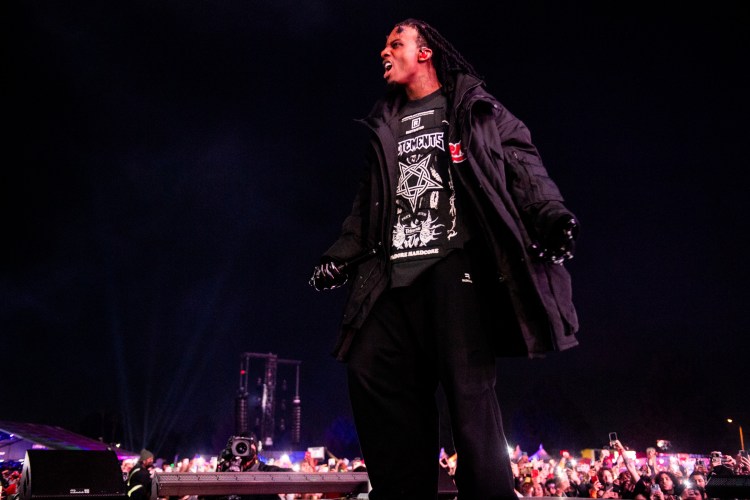 As the newest entry on this list, Playboi Carti’s Opium is understandably also the least established. Whereas the likes of GOOD Music and Dreamville have produced several prominent artists and projects, Opium is still in its relative infancy. Still, Ken Car$on has emerged as Carti’s truest protege and other signees such as Destroy Lonely and Capo Ree. With these signees, Opium will continue the mosh-able sound that Carti pioneered with Whole Lotta Red. 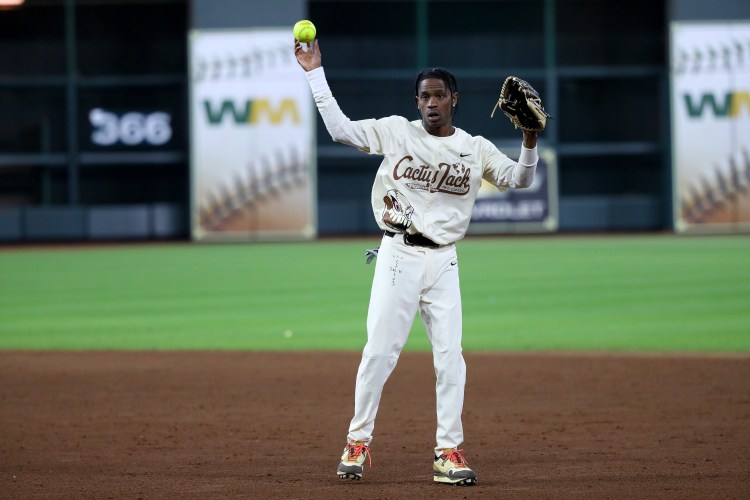 At this point, it would be easier to list the businesses that Travis Scott hasn’t put his Travis Scott imprimatur on. Following in his mentor Kanye West’s footsteps by launching his own record label, Scott has steadily built up Cactus Jack’s roster since the its inception in 2017. Namely, crooner Don Toliver released Heaven or Hell and Life of a DON on Cactus Jack while viral sensation Sheck Wes joined the fold after his hit single “Mo Bamba.” In 2019, label put out JACKBOYS, a collaborative EP showcasing their talents. 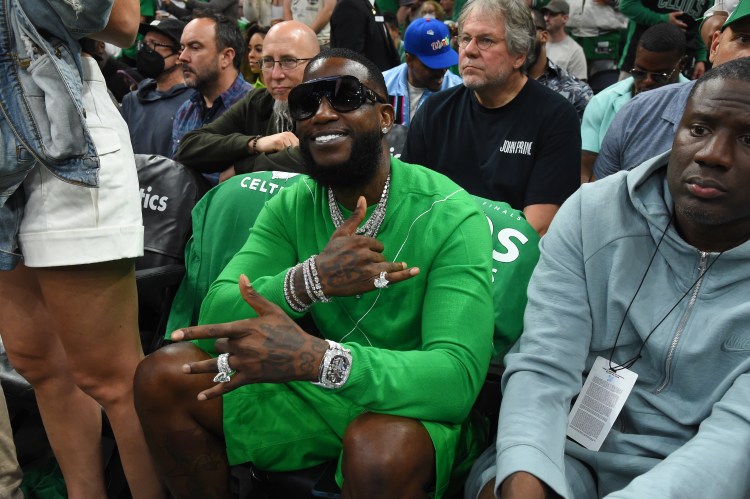 Gucci Mane’s 1017 Records has undergone several iterations over the last few years. First, it was the home of the nascent trap scene in Atlanta and around the country with artists such as Chief Keef, Waka Flocka Flame, Young Thug and OJ Da Juiceman paired with Gucci’s own prolific output in the early 2010s. Whereas 1017 once looked towards Atlanta, Gucci has identified a whole new wave of talent, embracing young Memphis rappers. Accordingly, 1017 scored major wins by signing Pooh Shiest and Big Scarr. Appropriately, Shiesty Season, Pooh Shiesty’s breakout 2021 album and 1017 debut, was certified gold and peaked at 3 on the Billboard album charts. 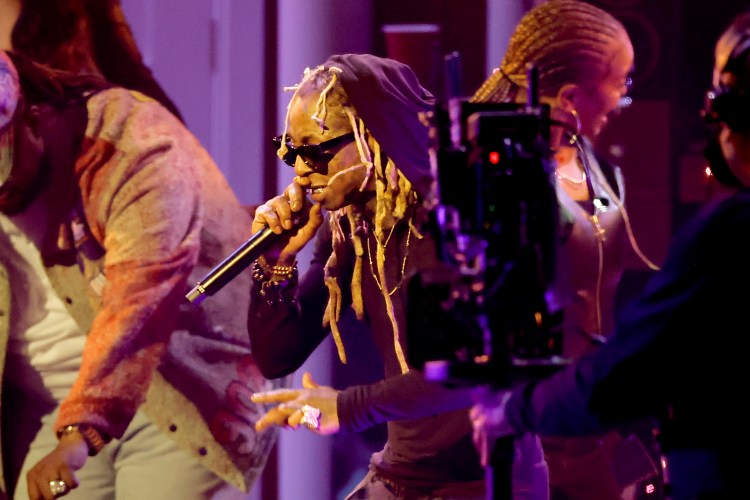 Perhaps the defining label of the late 2000s/early 2010s, Young Money was spearheaded by the holy trinity of Lil Wayne, Nicki Minaj and Drake. With three of hip-hop’s biggest artists at the helm, Young Money has put out nearly 20 platinum albums over the last 15 years; Resultantly, Tha Carter III, Pink Friday, Tha Carter IV, Take Care, Nothing Was the Same, The Pinkprint, If You’re Reading This Its Too Late, Views, Scorpion, Queen, Tha Carter V all sold over a million copies. 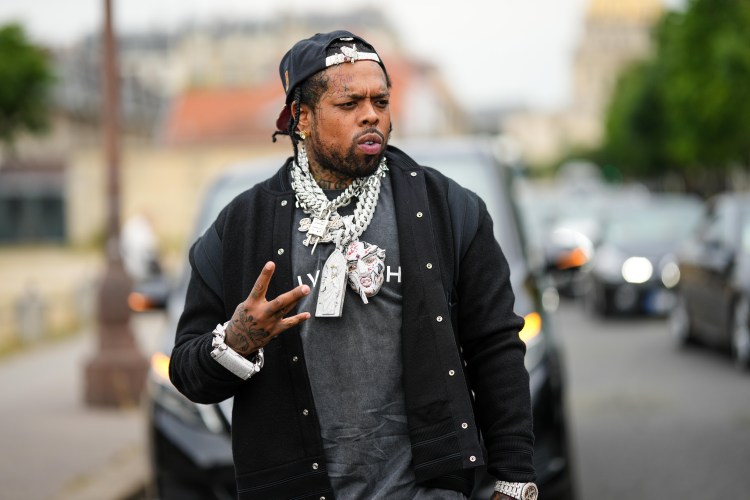 While Young Money represented the zenith of rap’s crossover stardom, Griselda is rap at its purest and most untouched. As two underground musicians who started their own record labels, Westside Gunn and Conway the Machine launched Griselda Records just about a decade ago. Over the years, Griselda records have been consistent in both sound and subject matter. Unerringly, Westside Gunn and co. weave stark scenes of drug dealing with moments of opulence over dusty, sample-driven beats. Despite the relative inaccessibility of the music, Griselda has become the left-of-center capital of modern day rap. Fittingly, Benny the Butcher’s Burden of Proof featured appearances from Rick Ross, Lil Wayne and Big Sean. Similarly, Westside Gunn wrangled Tyler the Creator, Joey Bada$$ and Wale for Pray for Paris. 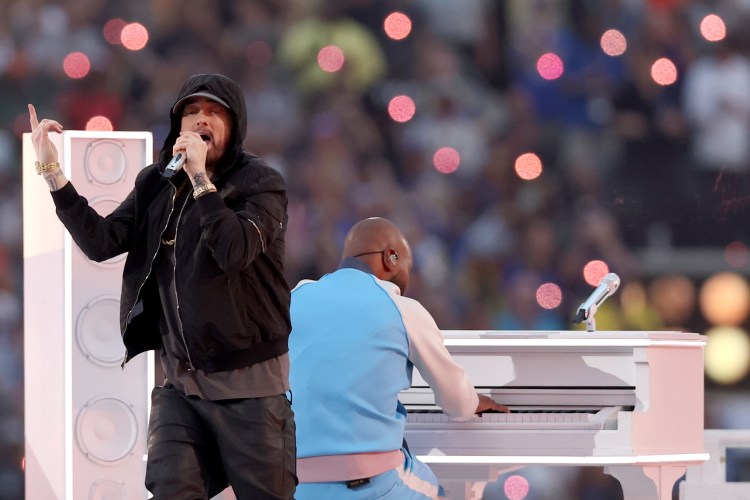 For the last 23 years, Shady Records has been home to Eminem’s biggest releases such as The Eminem Show, Encore, Relapse and Recovery. Outside of Eminem, Shady Records signed 50 Cent at the peak of his powers in 2002, just in time to cash in on Get Rich or Die Tryin’, The Massacre and Curtis in the early/mid 2000s. Interestingly, 50 Cent launched G Unit while he was on Shady Records. In doing so, 50 Cent also joined the lineage of musicians who started their own record labels 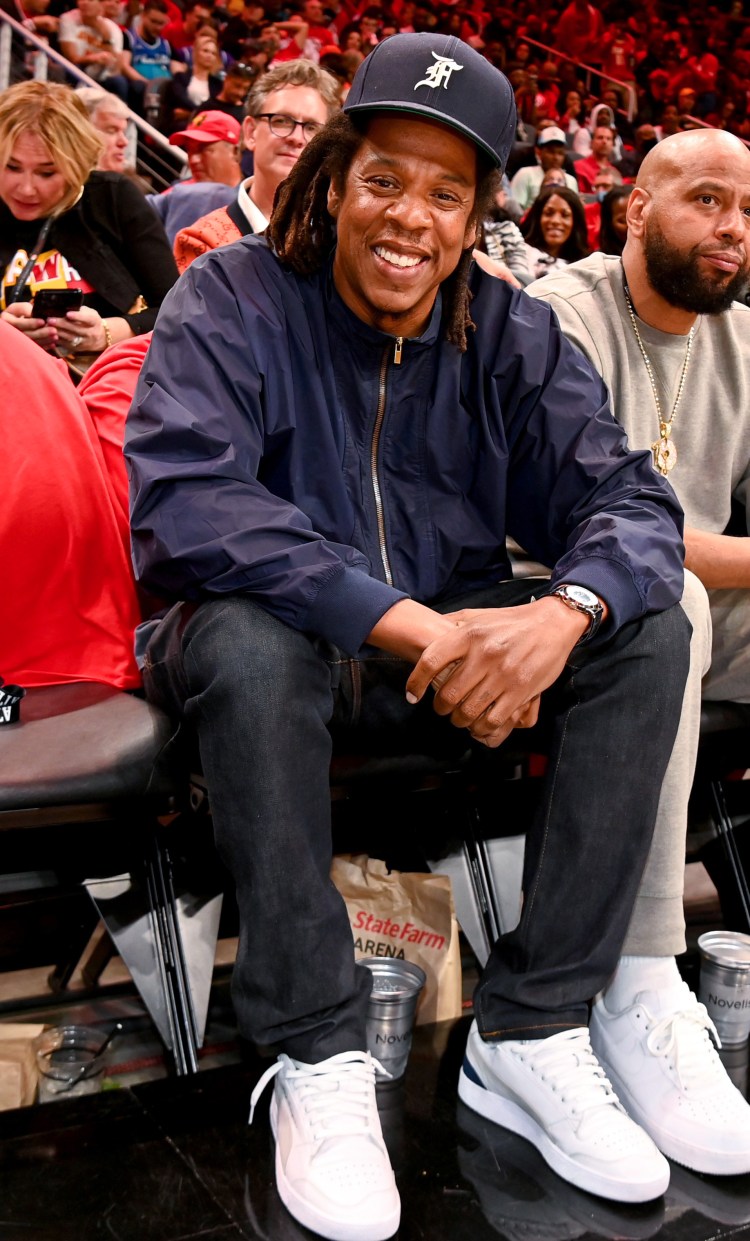 As the brainchild of Jay Z and Dame Dash, Roc-A-Fella Records was a powerhouse from its birth in 1995 to its shuttering in 2013. During this 18 year run, Roc-A-Fella Records was synonymous with East Coast rap, releasing albums from Jay Z (Reasonable Doubt, The Blueprint, The Black Album, etc.), Cam’ron (Come Home With Me), Beanie Siegel (The Reason). Outside of the Acela corridor, Roc-A-Fella Records also signed a young producer named Kanye West as he rose to prominence. As a result, Kanye’s first—and best—six albums were all under the Roc-A-Fella imprimatur. 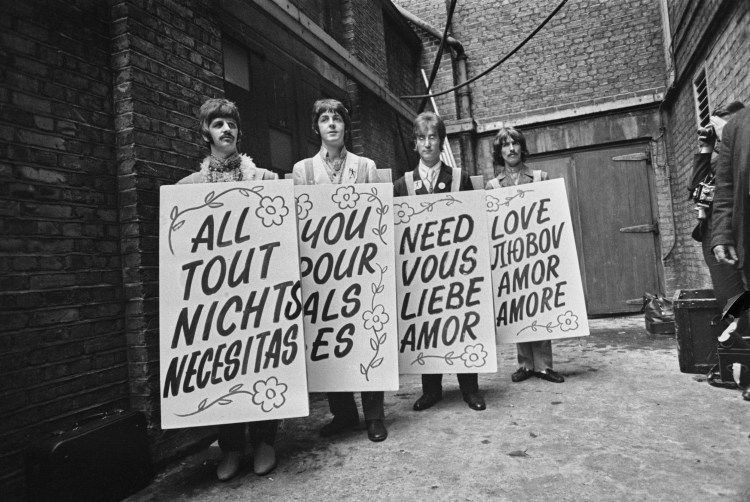 Originally created as a creative outlet for The Beatles and other musicians in their orbit, Apple became one of the most powerful record labels of the 1970s. Despite releasing all of the albums The Beatles and then eventually the solo projects of each respective Beatles, Apple folded by 1976 when their contract with EMI ended. And although Apple eventually went defunct, the Beatles made history as one of the first big musicians who started their own record labels