OMB Peezy Levels Up With His First 'Gangsta Grillz' 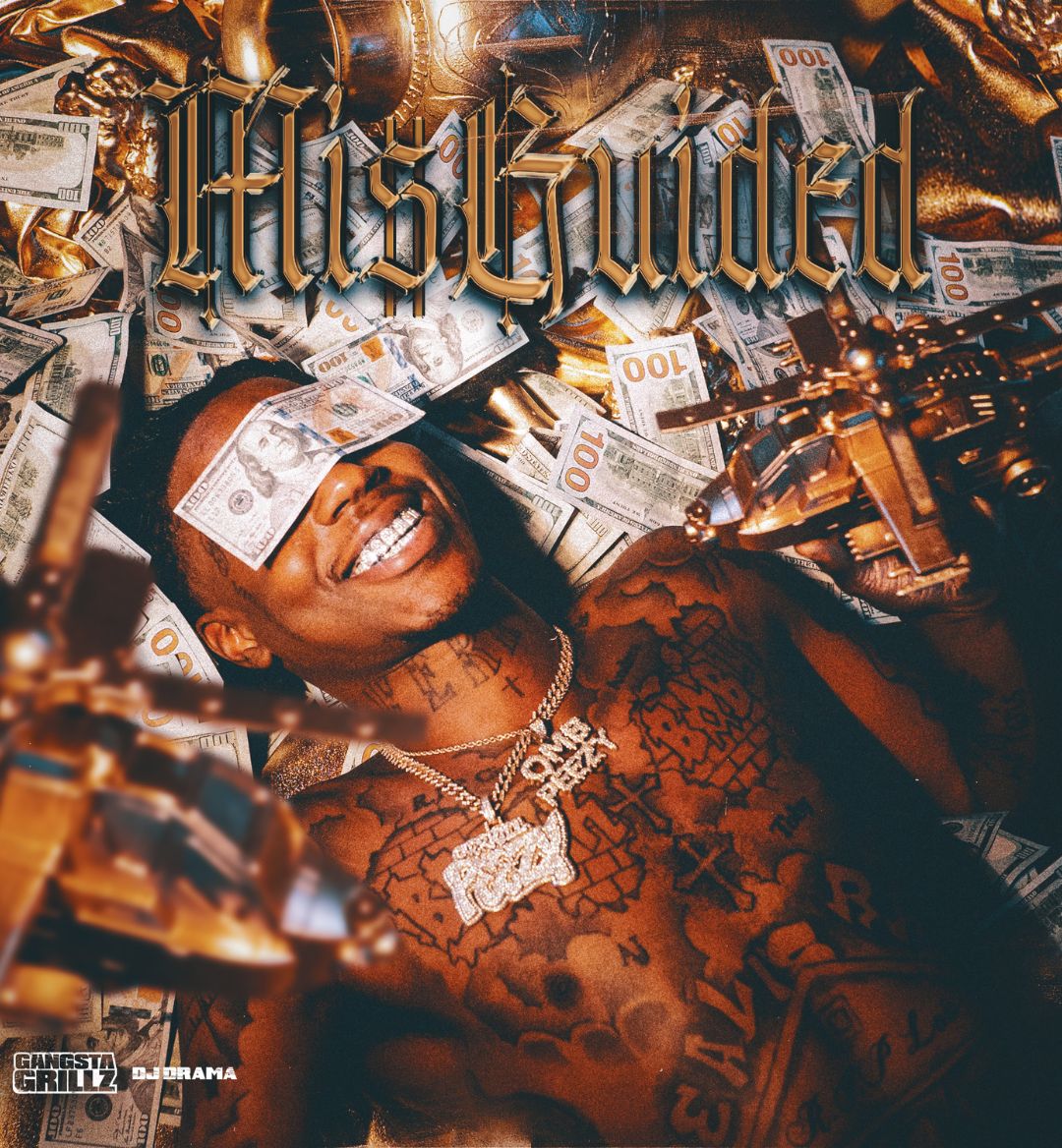 A rite of passage can be understood as any important act or event that serves to mark a transition from one stage of life to another. One of hip-hop’s equivalents to a rite of passage is Gangsta Grillz. The iconic, DJ Drama-curated mixtape series helped to further cement the likes of Lil Wayne, Jeezy, Pharrell Williams and others as rap greats. Gangsta Grillz even inspired Tyler, the Creator to take it up a notch with his most recent Grammy Award winning album Call Me If You Get Lost.

Following in the footsteps of legendary rap veterans, OMB Peezy takes things to another level with his first Gangsta Grillz, MisGuided. Throughout the 16-song tape the Humble Beginnings rapper ups the ante with production provided by hit-making producers such as Hitmaka and Murda Beatz— who crafted the beat for OMB Peezy’s single “100.” NLE Choppa, Morray, and G Herbo also contribute to Peezy’s first project since last year’s Too Deep For Tears.

Born in Mobile, Alabama, OMB Peezy moved to Sacramento, California as a preteen. His career highlights have so far included garnering co-signs from the likes of E-40 and collaborating with Lil Wayne, YoungBoy Never Broke Again, Nick Cannon and others.

Outside of steadily stepping his game up, a life goal of OMB Peezy is to give game to the next generation. “I wanna be the rapper that shows the youth the positive things, because I know everybody looks up to the rappers,” says OMB Peezy. “I want to show them what they’re supposed to be doing.”

Days before the release of MisGuided, OMB Peezy chopped it up with ONE37pm. He discussed the inspiration behind his new project, working with King Von and DJ Drama, being lit on TikTok and touring with Kevin Gates. Check out the convo below.

What inspired the messaging behind 'Misguided'?

Shit, I had a cousin in jail. He was like he wished he would've did things different. Then it's like the OGs I hang around now are totally different than the OGs I used to hang around. They be telling me about stocks. They told me about Bitcoin before Bitcoin blew up. You feel me then? I was so young that it didn't even register in my mind that they were teaching me some real shit that I needed to know. Now that I got older, I'm like I can't let nobody make the mistakes that I made. I could have made some real money off of Bitcoin. You feel me? So I can't let nobody make the mistakes that I made. I'm doing this shit for my kid and my nephews and my nieces.

The video for your King Von-featured track “Get It Done” recently dropped. What does that video mean to you?

That video means a lot to me, bro. That was one of the last moments I had with Von. RIP Von, I ain't gonna lie, that video meant a lot to me for real. I didn't drop the video. His team dropped the video. I been had the video. I seen it and everything, but I ain't never want to put it out because I ain't want to be disrespectful to his family, his friends and his kids, so I was just waiting. I was just letting them do their thing.

Tell us about “Mufasa” and why G Herbo was the perfect fit for it.

I make a lot of pain music, so I just wanted to show people that I'm still having fun with this shit, man. Then lately, I’ve been feeling like the king of my city. I been feeling like the king of my jungle. You feel me? So Mufasa, you feel me? And you know, G Herbo has been doing this shit for a long time. He been holding his weight for a long time. So I look at him as another king of his jungle. You feel me? So I had to put him on there.

My favorite joint is “Need Your Space”...

What was your favorite part of working with DJ Drama?

Is there anything you learned from working with him on this project?

Shit, that there ain't no limit. You can keep going as far as you want.

What’s most exciting about hitting the road with Kevin Gates?

I'm looking forward to how therapeutic it’s going to feel.

Yeah. The shit that I can't talk about in a normal conversation or I can't bring myself to tell somebody out of fear of being judged or someone changing their outlook on me, I can put it in a song. It's like a better way of being to me.

You're super active on TikTok. Why do you think you've been able to be so successful (more than 324K followers) on that platform?

Because I'm a genuinely bubbly personality. I can't help it. I love being funny. I love making people laugh and smile. So TikTok is the perfect place for me to go kill time. I can fuck with my fans and engage with my fans and shit.

Another way that you've been able to engage with your fan base is through your content series, 'Hood Essentials'. What was the initial inspiration behind that project?

Like I said, I naturally have a bubbly personality. But my fans ain't know. One time I saw a fan staring at meat a distance. I walked up on her and she was like, “man, I was so scared to walk up on you. I thought you would be unapproachable and shit, but like hell no, you’re cool as a motherfucker. So that's what made me want to start showing my personality more so they can get a feel for who I really am. People think I carry that pain and shit that I rap about on my shoulders every day. But I want to be happy like everybody else [laughs]

I guess what, what are your future plans for 'Hood Essentials'? Are they gonna be like more?

Yeah. I’m never stopping Hood Essentials. I cook. I do a lot of outdoor stuff. I did camping. I did golfing. So I'm gonna go back to cooking and. And do different stuff, because I don't want to get too stuck in cooking. It’s not a cooking show, you feel me? But the show first started off by me showing y'all what to cook when you ain't got nothing to eat in the house me. I really was just trying to show hood essentials.

Where have you had better food? Alabama or California?

What was the biggest adjustment you had to make moving from Alabama m to California?

What's one thing you want listeners to take away from, ‘Misguided’?

That we’ve been through the same things. So if I could change, then so can you.