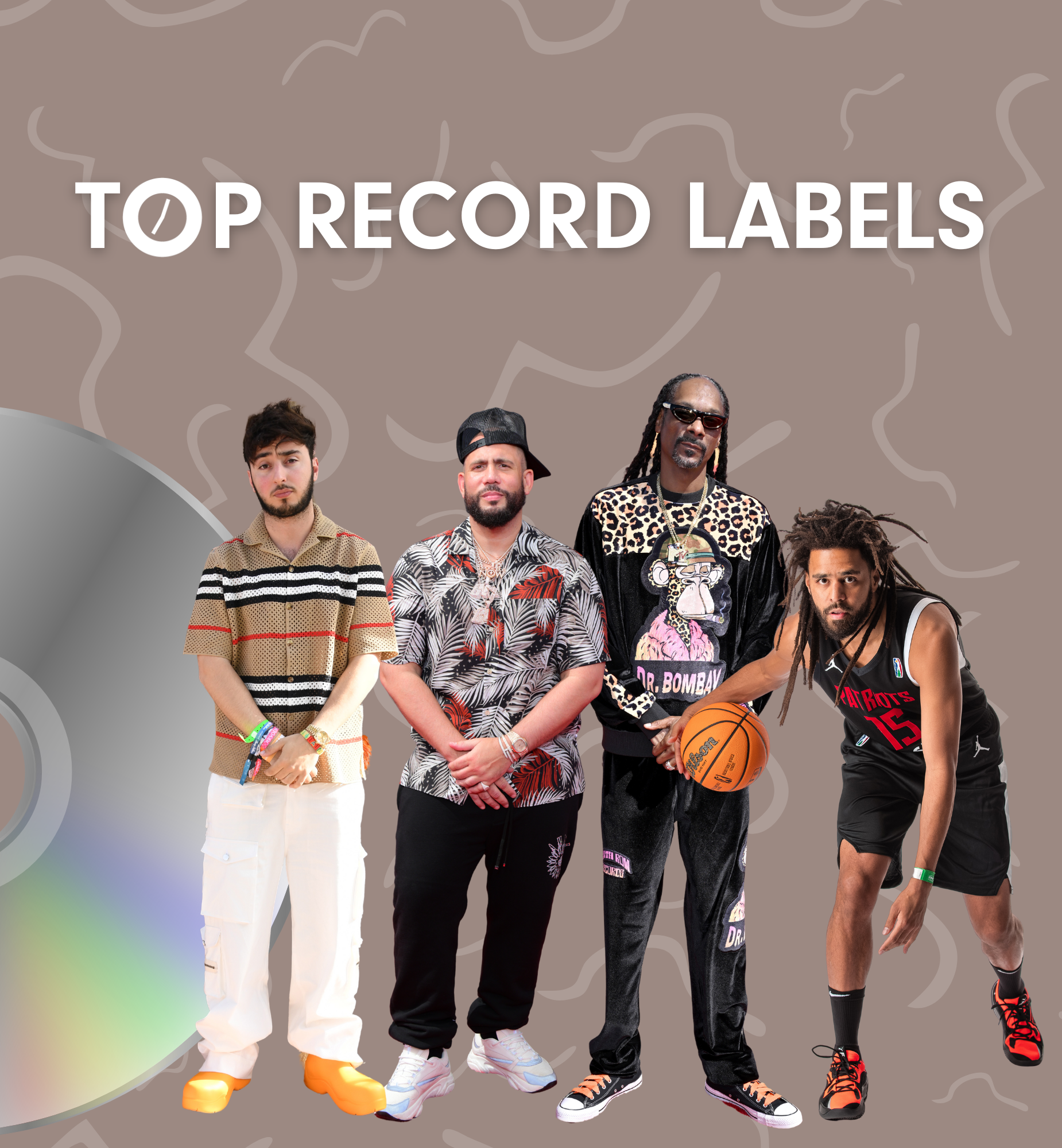 Let's talk about the top record labels at the moment. We'll discuss their founders, the artists they've signed, and much more.

The definition of "top record labels" has evolved along with the environment in the music industry. Today, we'll be discussing the top record labels and why they've each earned that reputation.

One thing to note that's changed over the years is the ability for people to independently create some of the most successful record labels in recent times. This is largely thanks to democratized distribution and heightened administrative access, which have come from industry and technological advancements.

Notes: Zack Bia's label has been making major strides throughout the year, signing acts like Yeat and SSGKobe. Pay close attention to their performance the remainder of the year.

Notes: This label has become well-known for their roster, which includes Uzi and Jack Harlow.

Notes: Cinematic functions as a management company and publishing company as well as a label. It's grown a very strong reputation for itself and all of its close brand affiliates like Smokers' Club.

Notes: J. Cole's label made a name for themselves with their collective albums, which put a huge emphasis on collaboration. Dreamville has a storied history and a bright future.

Notes: Galactic is one of the top new-era labels, with one of the best ears for talent, and a business-savvy choice of signing producers.

Notes: Alamo's roster speaks for itself. It has one of the strongest A&R teams, and a knack for nurturing careers of some of this generation's best talent.

Notes: YSL is a whole focal point in itself; Megan Thee Stallion and the rest of the roster make this impossible to miss on our list.

Notes: One thing is for sure: Steven Victor knows his way around the music industry. The music mogul has one of the most tightly curated rosters in existence.

Notes: There's a certain charisma and artistic integrity that AWGE displays, and it's unlike anything we've ever seen. This collective of top-tier creatives has made quite the name for itself, especially on the heels of their 'AWGE Tapes.'

Notes: This label is one of the most deliberate and artistic out there. Led by Westside Gunn, Conway the Machine, and Mach-Hommy, this classic-styled group of artists are making major waves, both in-person and digitally.

Notes: QC has become known for their ability to develop and sustain the careers of some of the most notable artists in the game. Migos, Cardi B, and the list goes on.

Notes: This past year has been a monumental one for CMG. Pay particularly close attention to their latest signee, Glorilla, who arguably has the "hot girl" song of the summer, "FNF (Let's Go)."

13. Other Labels on Our Radar

That concludes our list of the top record labels in the music industry. There are definitely more worth mentioning, but we'll continue covering them as they make big steps going forward.

Check out more from our music vertical below: