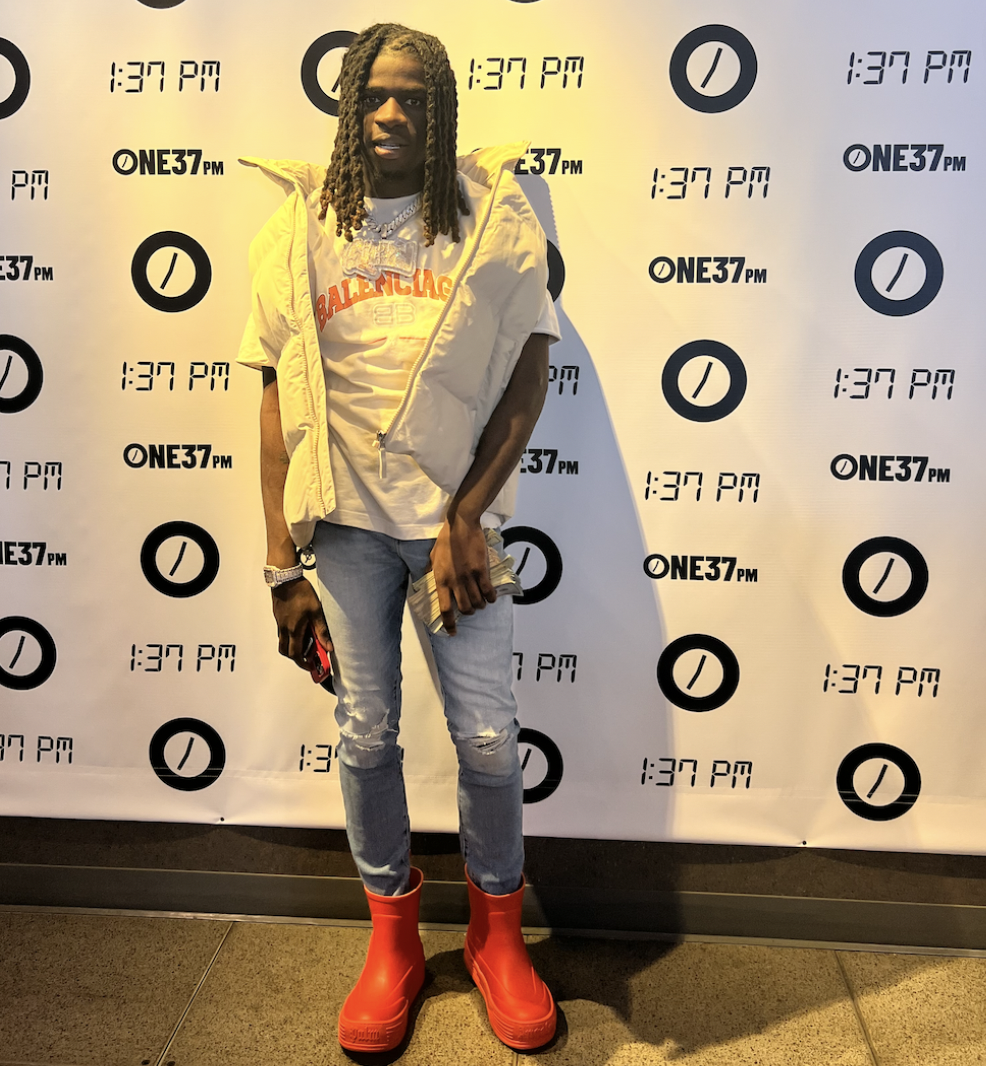 Yesterday, we caught up with SleazyWorld Go in an interview at the ONE37pm office in New York City. The rapper shared a lot with us, including the reasoning behind the title of his new project, his roots, linking with G Herbo, and what his bright future is looking like specifically.

When we asked about the inspiration behind his project, SleazyWorld Go had this to say:

I mean, my son, he inspires all of my music. My kids, they inspire all of my music. It's really about being 100 though, and having a chip on my shoulder. Coming from where I'm coming from, people really don't make it. We've got the odds stacked against us.

This gave plenty of insight into the fire that fuels his upwards journey in the music scene. The rapper has been dropping music since 2020, and went his first two consecutive years dropping music without any features, making his breadth of talent abundantly clear.

SleazyWorld Go hit it big when he dropped "Sleazy Flow" in 2021, which currently boasts over 36 million streams on Spotify. Shortly after, the Michigan-born artist dropped a string of singles, "Baghdad Flow," "What They Gon Do," and "Let Me Talk My Shit, Part 3," all of which helped to continue cementing his impending come-up. After these, SleazyWorld Go dropped off a remix to his "Sleazy Flow" record, featuring none other than Lil Baby. This record now has over 51 million streams on Spotify, not to mention a similar level of numbers on other platforms.

To follow up this massive song, SleazyWorld Go released another star-backed hit "Step 1," which is nearing 20 million streams on Spotify. From strategy to network and execution, SleazyWorld Go is demonstrating he's got every necessary piece of the puzzle in his career. Only thing to do now is continue going up. Check out his latest single (and video) with G Herbo below. Also, be sure to keep an eye out for his brand new album on Friday, called Where The Shooters Be. From what we gauged in our interview, the 21-track album is set to be his best yet.