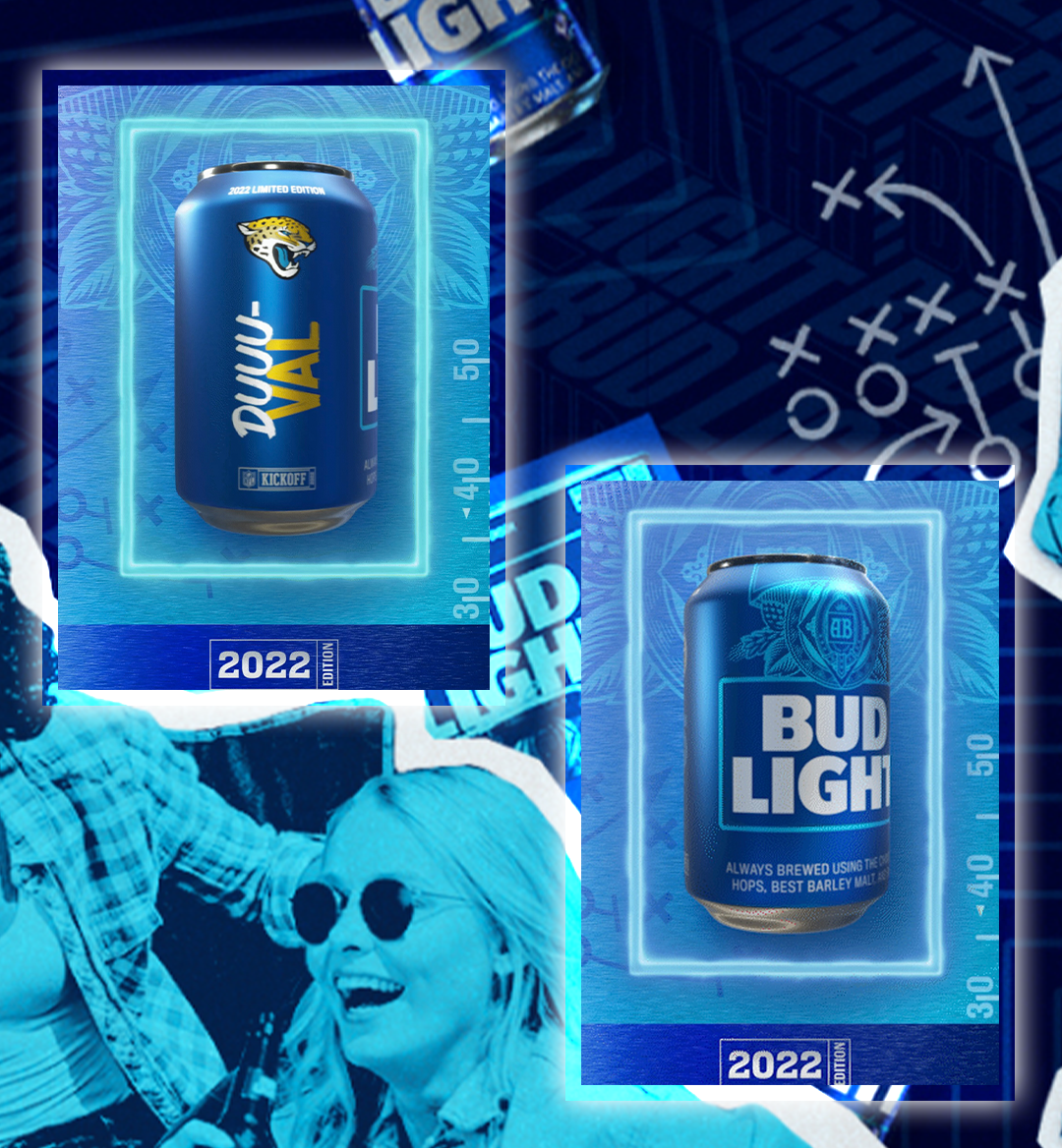 For 21+ NFL fans, the season starts with Bud Light.

Nothing embodies the excitement of the start of a new NFL season better than the crack of the first beer.

That's why Bud Light has announced a new NFT collection, built in partnership with Vayner3 on the Flow blockchain, designed to replicate the brand's limited-edition NFL packaging across all 32 teams in a digital world.

Flex your fandom. Pick your team. Get a chance to win Super Bowl LVII tickets. All in one digital collectible.

Fans who purchase the NFT will be able to unlock entry into the Survivor Pick 'em tournament (entries open on October 11) starting on Thursday, October 13, which will be open throughout the season. It's a cool NFT-powered contest where fans compete for a chance to win a variety of prizes.

Each Bud Light x NFL Ultimate Fandom digital token can be purchased for $50 a piece using a Dapper Wallet, in collaboration with Dapper Labs.

As the official beer sponsor of the NFL and the #1 best-selling beer brand in America, we know there is nothing quite like the excitement of football season coming back. We’re helping fans everywhere start the season right, bringing to life the magical sound of a crisp Bud Light being opened and kickstarting the best time of year.

To kick off the NFL season and excite fans no matter where they are, Bud Light is also bringing the harmonious sound of Bud Light being cracked open to life with “Kickoff Beers.”

Bud Light is also bringing “Kickoff Beers” to Hard Rock Stadium during opening weekend. Prior to the Miami Dolphins vs. New England Patriot kick-off, one lucky fan will ‘crack open the season’ with an inaugural toast of Bud Light in front of fellow fans!