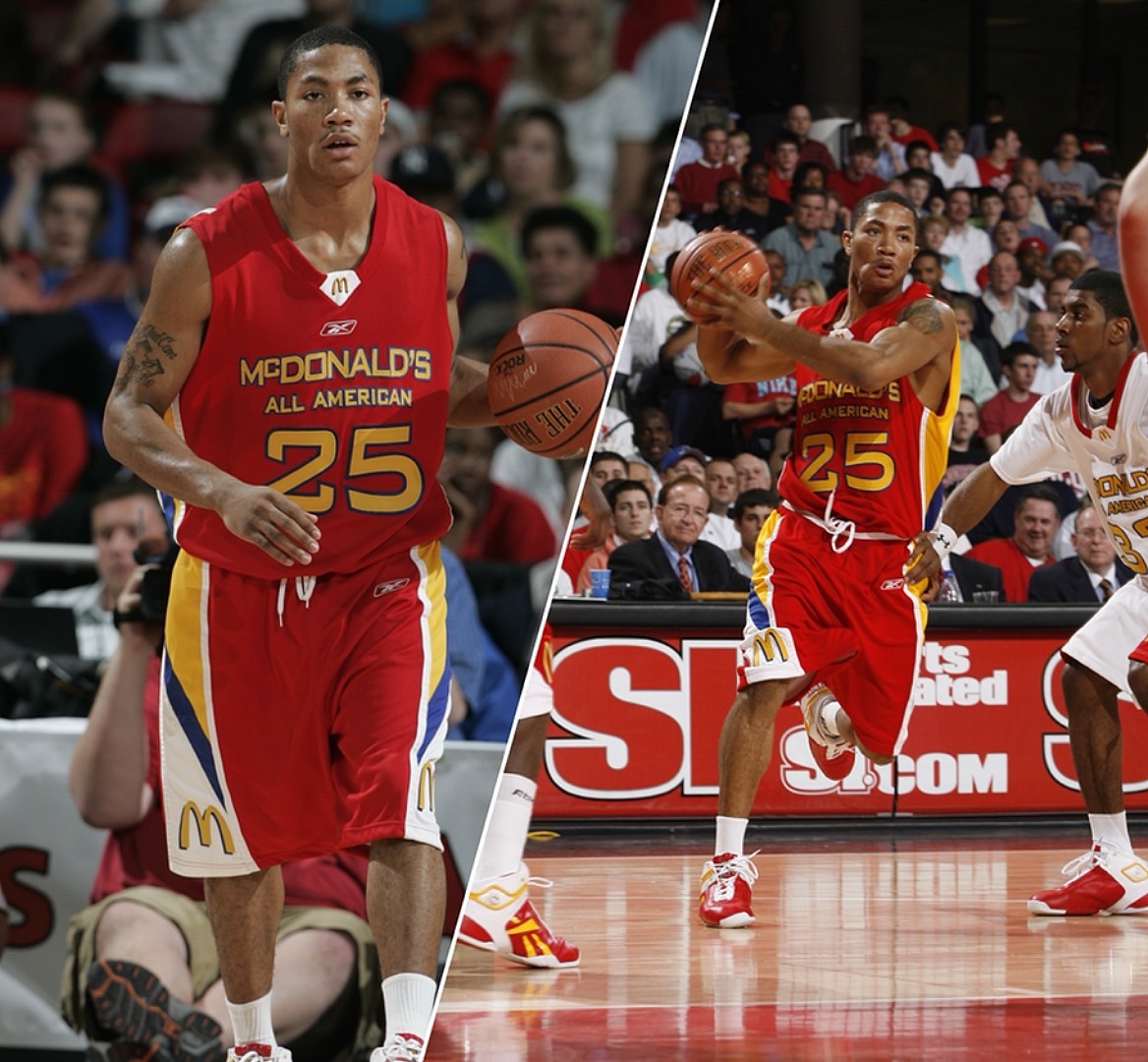 Houston: We have some All Americans. The beloved annual high school all-star basketball game known as the McDonald's All American Game, will head to the Toyota Center in Houston, Texas this year. 700+ hoopers were nominated across the country, but only 48 can be selected.

Related: A Day Practicing With The 2022 McDonald's All-American's

We sat down with 2007 McDonald's All American starter and NBA MVP Derrick Rose. Rose would go to Memphis and help lead his squad to a national championship game appearance. He would go first overall to the Chicago Bulls the next year, and in 2011 at the age of 22, became the leagues youngest MVP. Here is our conversation with the future hall of famer as well as this years rosters for the McDonald's All American game.

ONE37pm: Today we’re here talking about the McDonald’s All American rosters being announced. You yourself were a starter back in 2007, do you remember what your exact reaction was like to getting the call that you were going to be a starter?

Derrick Rose: It was an honor. You’ve always seen it on T.V. or my brothers always talked about how big that game was growing up. To actually be apart of it, it was a jaw-dropping moment. When I was introduced to the game, it was so surreal for my family. The trip was amazing when I went down to Louisville. All the guys I was used to playing against at AAU, it was cool getting to all meet up for that one game.

ONE37pm: You played in one of the most stacked McDonald’s All American games of all-time with the likes of James Harden, Kevin Love, Blake Griffin, Eric Gordon, O.J. Mayo, Michael Beasley and even more future NBA players. Is there anyone that weekend you remember thinking “wow this guys gonna be a star” ?

Derrick Rose: I think for everybody that guy was Michael Beasley. Seeing how he had a pro-game in high school, how mobile he was to be that big. He had a raw feel for the game. We always knew he was going to be one of those top guys or he was gonna have a shot to make it to the league, which he did.

ONE37pm: These current candidates for the McDonald’s All American game are going through the college recruiting process like you were back in 2007, how do you remember that process and what advice would you give to the kids going through it now?

Derrick Rose: I remember I had five schools on my list at the time. It was Indiana, Memphis, DePaul, Kansas, and UCLA. I remember my mom just telling me to be patient. Get it down to two schools, after you go on the visit to the two schools give it a day or two. Visited Indiana and visited Memphis, and when I got back I was just so sold on coach Calipari. I lived in a wild neighborhood in the inner city and coach Cal was the first coach to come to my neighborhood. Once he talked to my mom and came to my house I knew where I was going.

ONE37pm: As the story goes, many people wrote you off but you simply didn’t write back. For all the kids who are fighting through adversity and hoping to be a McDonald’s All-American one day, what’s your advice to them?

Derrick Rose: Stay persistent. When you’re persistent you're actually fighting through what you’re going through and maintaining that focus and hard work. I went through a lot when I was younger. I loved every second of it, but at the same time I knew that I had a goal I wanted to achieve and that was getting my family out of the circumstances we were in at that time. Thank god I had the patience to go through all that because when you’re young and you’re going through things you want things to change quickly. Life doesn’t work that way. I had to be patient, did a year in college and it worked out for me.