Which NFL Teams Have Never Won A Super Bowl? 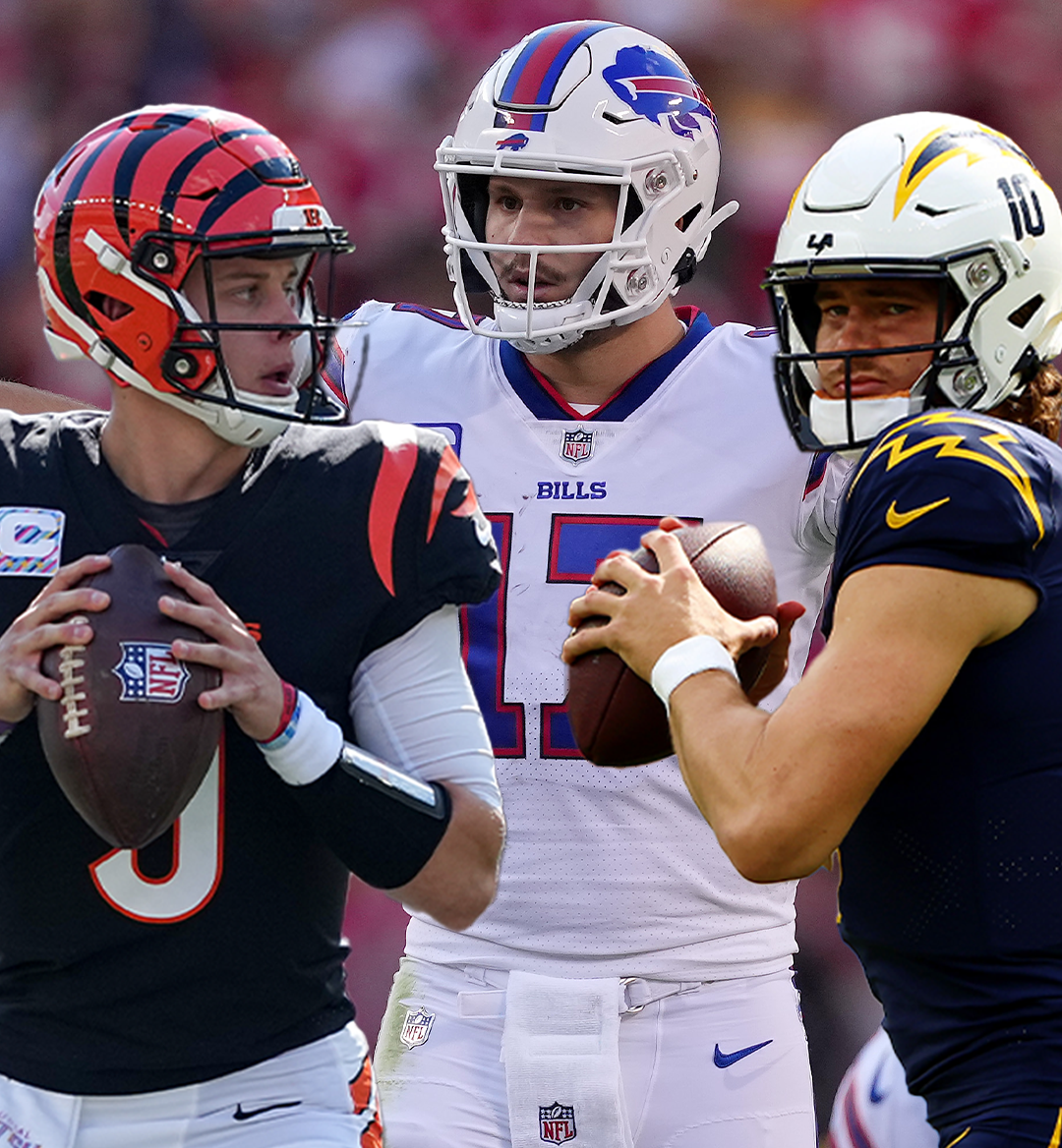 How many NFL teams have never won a Super Bowl?

Winning in professional sports is not easy. Every year 32 teams enter the NFL season with one common goal, to hoist the Lombardi trophy. With winning that elusive Super Bowl, you not only get the pride and glory of knowing you bested every team but the city and fanbase you play for significantly benefits.

Whether it's from championship t-shirt sales to just overall happiness due to winning, the benefits a city reaps when its team wins in sports are innumerable. Unfortunately, for these twelve teams and cities, they've never experienced that.

Many franchises get excruciatingly close to winning it all but fall just short of the goal-line. These are the twelve teams that have never won a Super Bowl. 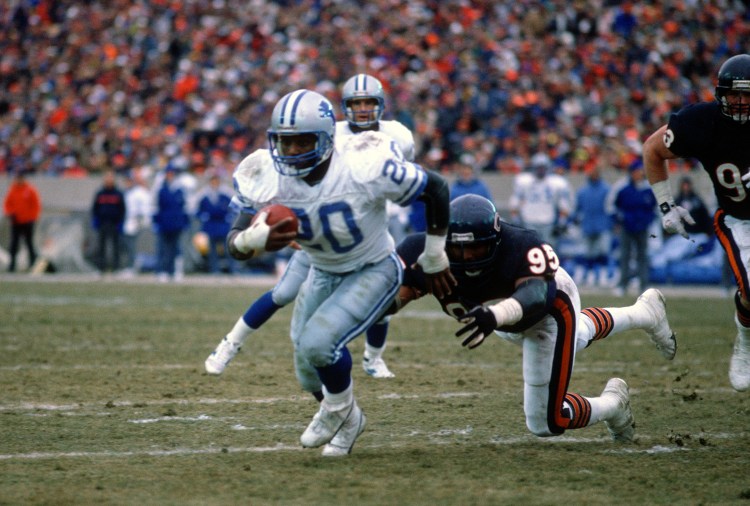 Before the Super Bowl era, the Detroit Lions were a powerhouse in football. The Lions claimed the NFL Championship four times between the years 1935 to 1957. It has been quite the downhill rollercoaster for Lions fans since that last 1957 championship. The team has had one lone playoff win since 1957, which came during the 1991 season.

They currently hold the longest playoff win drought in the NFL, and it looks like they will hold onto that record for the foreseeable future. There has been a little bit of a revival in Detroit since Dan Campbell signed on as head coach in 2021. The team plays with a renewed sense of worth and pride which frankly has been exciting to see. 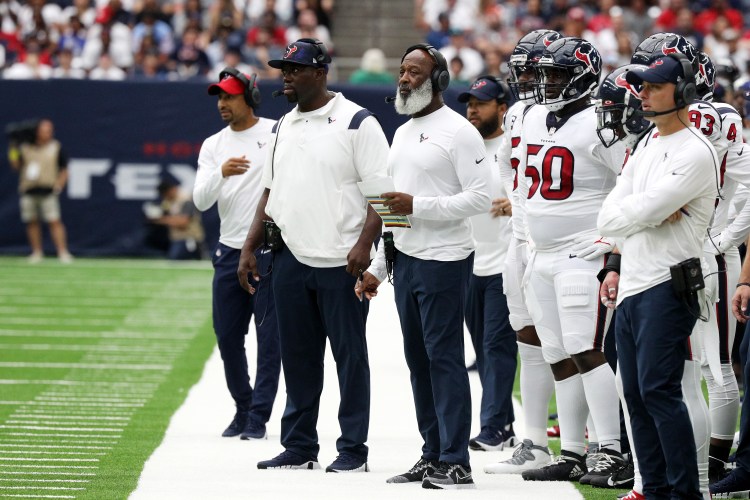 It has been a very rough two decades for the Houston Texans since their inaugural season in 2002. Not only has the team never even been to a Super Bowl, but they are also the only franchise to have never reached a conference title game or win a road playoff game.

Historically, the Texans have won six AFC South championships, with the most recent coming in 2019. Despite winning the division four times between 2015 and 2019, the team saw relatively no playoff success.

More recently, the Texans dealt with the controversy surrounding now-Cleveland Browns' quarterback Deshaun Watson before trading him. The franchise is now in a rebuilding phase as it looks to regroup for the future. 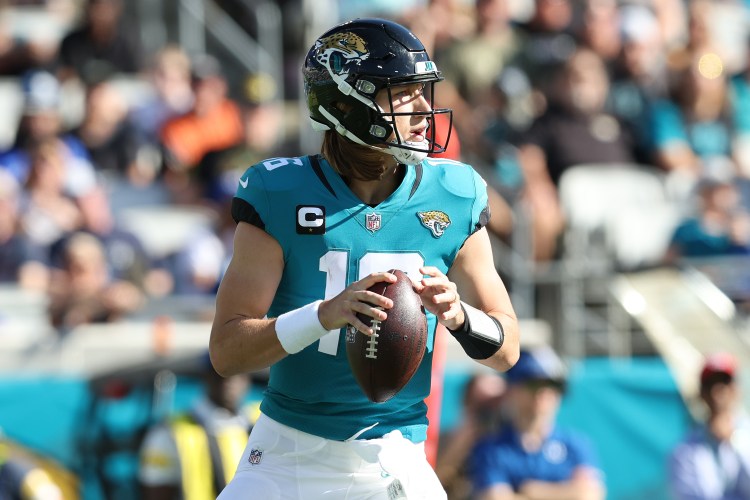 The Jacksonville Jaguars are the second youngest team in the NFL, with the franchise's first season kicking off in 1995. They hit the ground running and found success early in the history of their franchise. By their 5th season as an NFL team, the Jags made four consecutive playoff runs, two division titles, and even made an appearance in two AFC Championship games.

The Jags would bounce back to those original winning ways by the 2017 season. After winning ten games, they plowed their way through the Bills and Steelers to advance to their third-ever AFC Championship. They would come painfully close to beating the patriots and advancing to the Super Bowl but ultimately lost 24-20.

There is renewed hope in Jacksonville with new head coach Doug Pederson and 1st overall selection at quarterback Trevor Lawrence. Only time will tell if the Jags have the right pieces to make noise in the AFC. 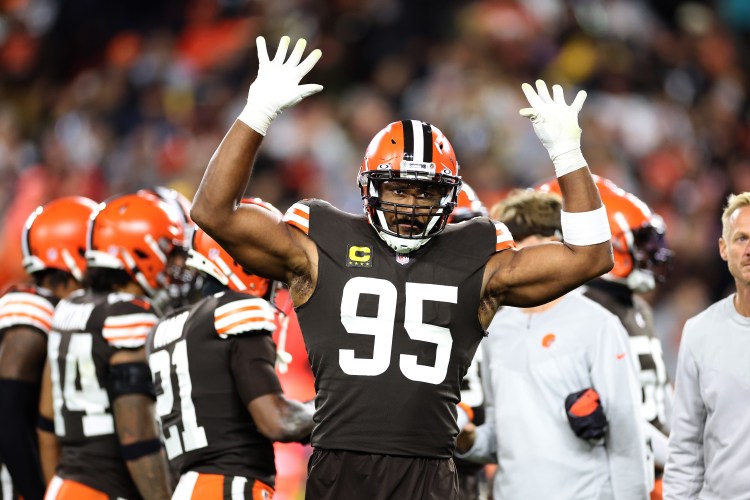 Oh, the unimaginable pain of being a Cleveland Browns fan. I genuinely feel for the Browns fanbase, being one of the most dedicated in all of the sports, and never even reaching a Super Bowl in their nearly 80 years of existence. The Browns did win four NFL Championships but have only reached the AFC championship three times in the Super Bowl era.

A large reason for the compounding losing seasons that the Browns have dealt with is a lack of stability within the franchise and team. Since 1999, the Browns have had ten different head coaches and thirty-three different starting quarterbacks. 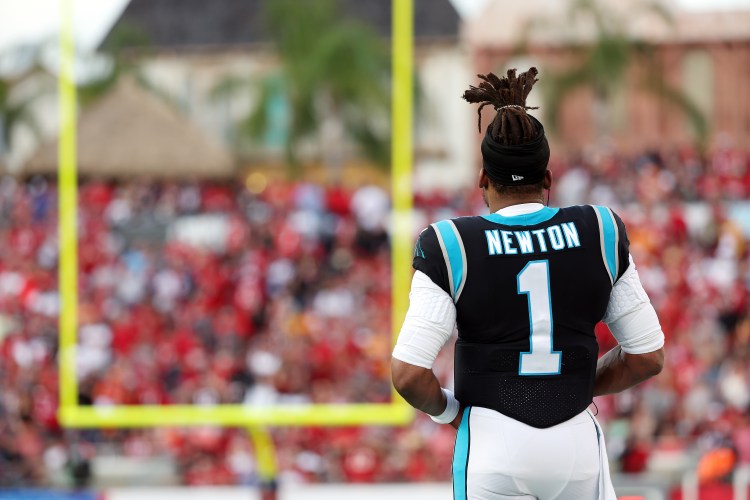 The Carolina Panthers have found much success since becoming an NFL team in 1995, especially considering how other expansion teams have fared. The Panthers have a bevy of playoff appearances and even reached the Super Bowl twice.

The most hyped Panthers season came during their 2015 campaign. Behind the Superman play of league MVP Cam Newton, the Panthers dominated the league and advanced to the Super Bowl. They proved to be outmatched by Peyton Manning and the Broncos, who would win the game 24-10. The Panthers are now in a rebuilding phase, as they recently traded away their best player, Christian McCaffrey. 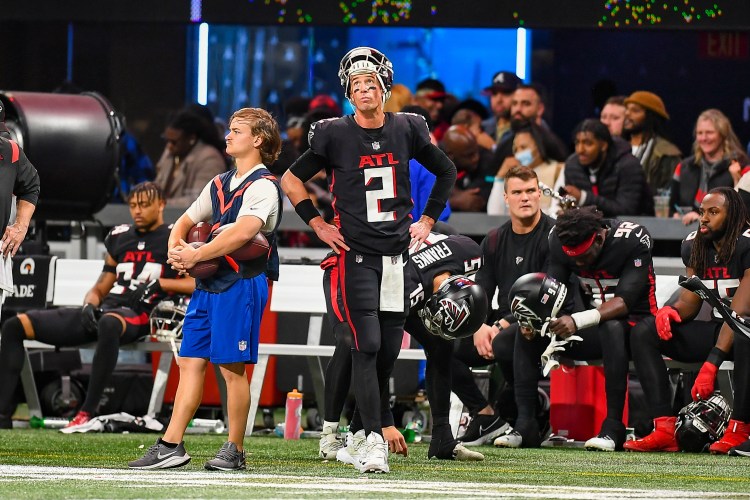 If there is anything more painful than being a Cleveland Browns fan, it's being an Atlanta Falcons fan. No, the franchise isn't unbelievably bad; they just find the most heart-wrenching ways to lose. The Falcons have been an NFL team since 1966, reaching two Super Bowls in that time.

The Falcons had a lot of success in the early 90s, backed by the revolutionary play of Deion Sanders. Sanders was enigmatic and regularly had confrontational issues with the front office. He left the franchise in 1994.

Most recently, the Falcons found themselves fighting for a Super Bowl in 2016 behind the excellent quarterback play of Matt Ryan. The Falcons held a 28-3 game late in the third quarter, and it looked as though the Super Bowl drought was over. Sadly, Tom Brady would take over the game, and we all know what happened next. 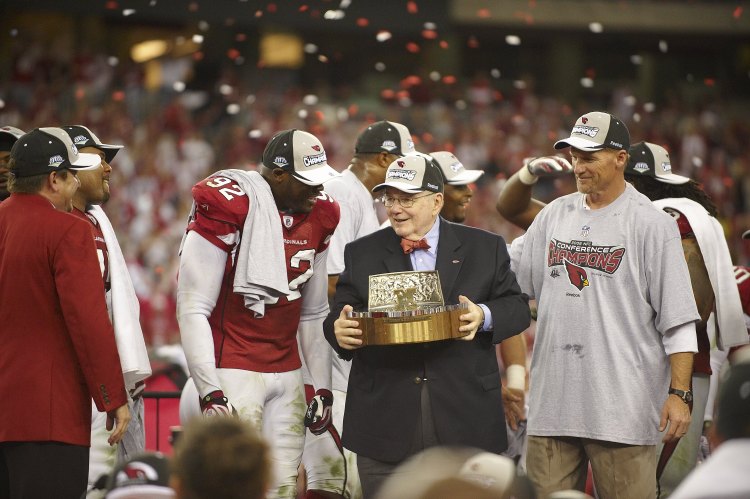 The Arizona Cardinals are one of only two original six NFL teams to still exist today, and sadly only have one Super Bowl appearance to show for it. After years of losing, the Cardinals would officially move to Arizona in 1988.

The Cardinals would find their best shot at a Super Bowl win in 2008. Backed by legendary quarterback Kurt Warner, the Cardinals advanced to the Super Bowl and squared off against the Pittsburgh Steelers. It was one of the greatest Super Bowl matches the league has ever seen, ending in a go-ahead toe-tapping touchdown by Santonio Holmes. 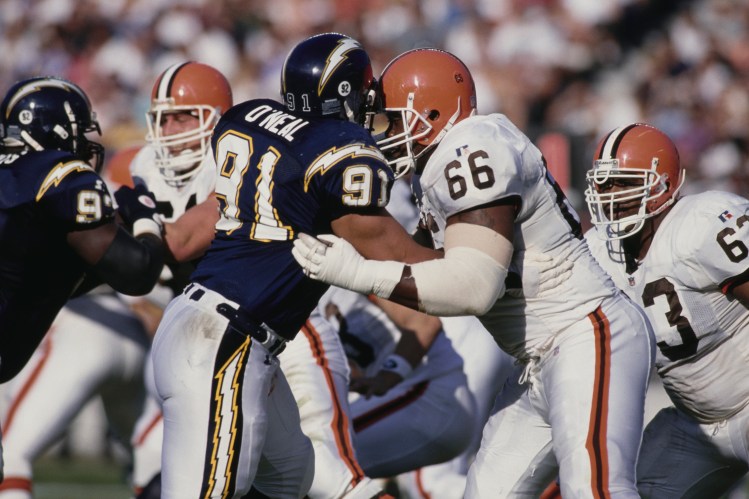 The Los Angeles Chargers, formerly known as the San Diego Chargers, have had a rough time in the Super Bowl era. They have only reached the Super Bowl once, and even then, it was while they were still in San Diego.

The 1995 season was a special one for Chargers fans (if there were any back then) as the franchise would reach its first and only Super Bowl. In a high-scoring battle, Steve Young and the San Francisco 49ers won the game by a score of 49-26. It was the first time that both teams posted a score in every quarter of a Super Bowl game. 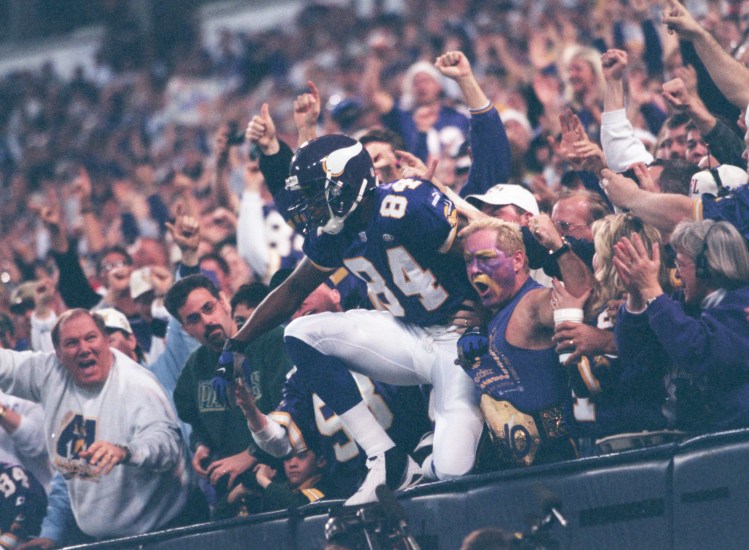 The Minnesota Vikings have had a rich history since joining the NFL in 1961. The team has built one of the strongest fanbases in any pro sport and has produced a number of hall-of-fame talents.

The Vikings had a run in the 70s that is painful to look back on and not see a Super Bowl. The team reached the Super Bowl four times in this decade, even reaching back-to-back Super Bowls in 1973-1974. They would fall short each time however and have not reached a Super Bowl since. 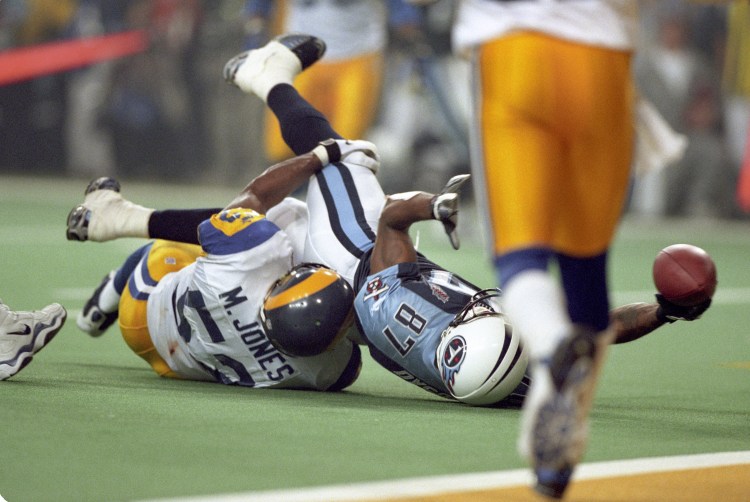 The Tennessee Titans have not consistently made noise since joining the NFL in 1960, but when they do, they make sure to be heard. They have one Super Bowl appearance, and it came after one of the most insane playoff runs the league has ever seen.

In the 1999 wild card game, the Titans found themselves down 16-15 with 13 seconds remaining in the game. In a rugby-Esque play known as the Music City Miracle, the Titans lateraled the ball across the field until ultimately scoring to win the game. They would end up losing the Super Bowl in dramatic fashion by mere inches. 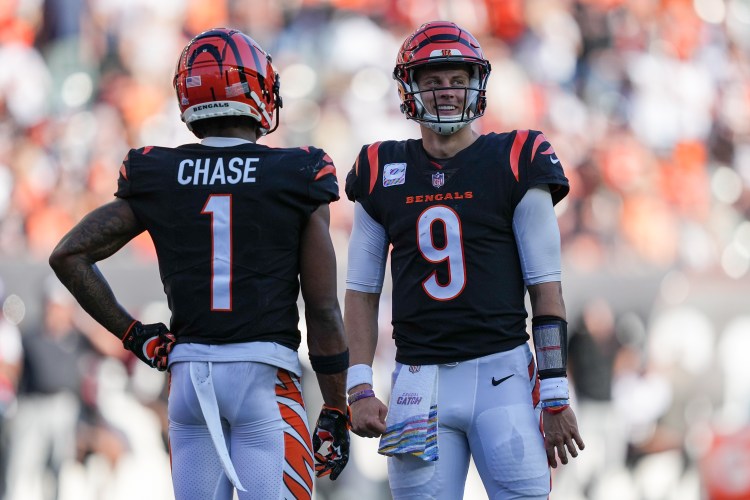 Before last year's epic Super Bowl run, the Cincinnati Bengals held a 30+ year streak since their last playoff win. It has been a rough patch for the Bengals since the 80s, but it looks as though the team may have found the pieces to win their first Super Bowl.

Led by the sensational duo of Joe Burrow and Ja'Marr Chase, the Bengals had a legendary Super Bowl run this past season. They would face off against the Los Angeles Rams and fall just short, losing the game 23-20. 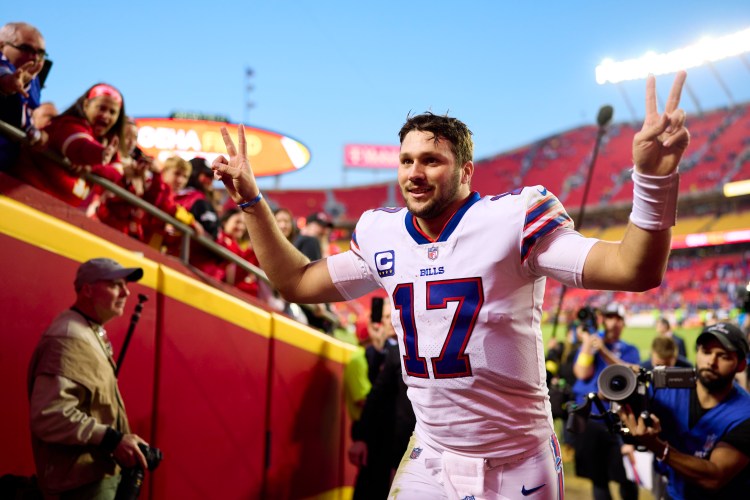 If there is one thing I'm thankful for, it's that I was not a Buffalo Bills fan in the '90s. The Buffalo Bills, led by Jim Kelly, reached the Super Bowl four years in a row from 1990-1993, losing each year. Their closest attempt at winning the game would come in 1990, losing a close battle against the New York Giants 20-19.

There is renewed hope in Buffalo as the Josh Allen era has been ushered in. The Bills were an overtime away from reaching the Super Bowl last year but fell short to the Chiefs. They remain one of the favorites to hoist the Lombardi trophy this year. This realistically could be the year the Buffalo Bills finally win a Super Bowl.