You'll wanna say you knew about these underground brands first 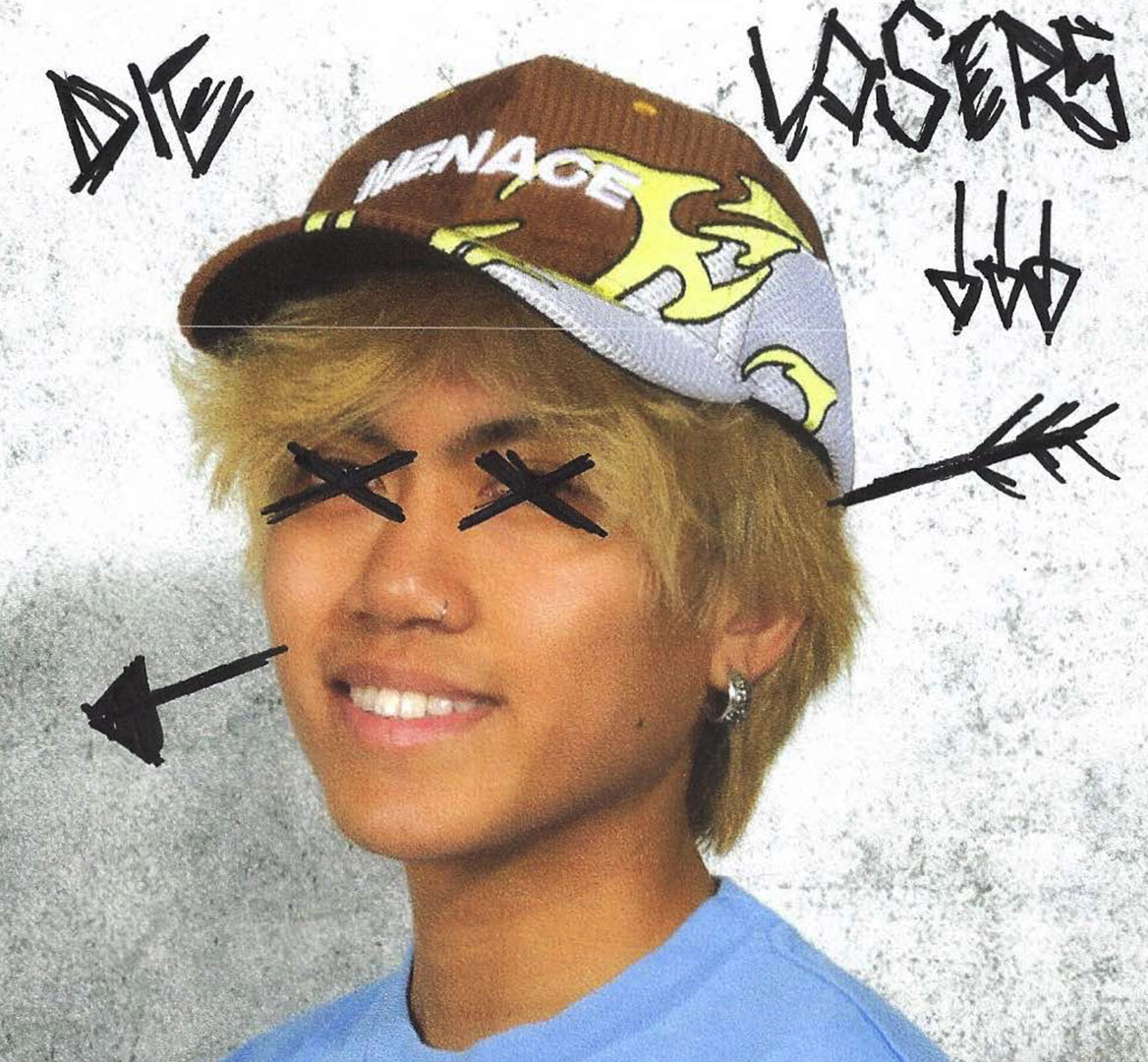 Fendi, Gucci, and Prada are all fine and fun to name drop in rap verses, but real fashionistas know what’s up beyond the big brands. Now that print-at-home services have become par for the course, entrepreneurial designers can start their own brands without millions of dollars in backing — and fashion overall is better off with these numerous underground clothing brands cropping up.

The democratization of the fashion world means that there’s a new designer debuting clothes every few minutes — and that it’s becoming harder to sort out the tripe from the treasures. With Instagram ads constantly bombarding our feeds with new lines — many of which are straight-up stolen designs — we’ve taken on the task of figuring out who to pay attention to.

From New York, to LA, to Tokyo, here are the best upcoming underground clothing brands we could find:

Alien Body — Electronic musician Pictureplane became a cult sensation around the world for his aggressive, punk-inflected noise pop. Now, he’s taken his unique aesthetic in a sartorial direction with Alien Body, his eccentric line of darkly glamorous streetwear. The Brooklyn-based brand blends post-nu-metal styling with darkly glamorous and paranoiac imagery. Looks like it’d be worn by SoundCloud rappers on the gothic end of the musical spectrum. — Eric Shorey

Warren Lotas - LA-based designer Warren Lotas doesn’t exactly make his clothes easy to cop — most of the time his shop is password-protected, and even his most high-priced items (his hoodies sometimes go for at least $1k) sell out almost instantly. The pre-planned scarcity is obviously an intentional marketing strategy, and it’s hard not to covet those with the dedication to track down each item. Lotas is obviously inspired by street art, basketball fashion, and motorcycle culture — his sketchily drawn designs often borrow images from horror movies or gangster iconography. — Eric Shorey

Rucking Fotten —There’s an undeniable charm to Japanese horror posters, and this aesthetic is precisely what streetwear brand Rucking Fotten has mined for years. The graphic hoodies, shirts, and sweatpants re-imagine contemporary horror classics as Asian imports with striking color palettes and surreal imagery. Although each collection is ultra-limited edition, you can subscribe to their new releases by buying up a “Slasher Pack” — which essentially functions as a carefully curated shirt of the month club. Best worn in October, but looks great all year. —Eric Shorey

Tripp NYC - The suburban punk style that was so thoroughly lambasted in the early ’00s has, through a predictable cycle of retro fashion, become a chic choice amongst rappers and streetwear icons. Their signature split-leg bondage pants were omnipresent in the early days of Hot Topic and have since been copied by Billboard-topping rappers like Lil Uzi. It’s unclear how Tripp has managed to survive all these years, but a new generation of tastemakers are now embracing the outlandish colors, patterns, and over-the-top accessorizing made popular by this legendary company so long ago. — Eric Shorey

Neighborhood — Curated selections of streetwear collaborations and original designs, Neighborhood has an interesting aesthetic mix of understated and edgy illustrations and clever nods to avant-gardism. There’s a delightfully deconstructionist design philosophy to this Japanese brand that’s far more clever than the un-subtle trends of US-based brands. It’s not exactly cheap — especially considering conversion rates and shipping prices — but it’s probably worth the investment for something more unique. — Eric Shorey

Profound Aesthetic - Founded by Faraz Zaidi, Profound Aesthetic mixes elements of high fashion with recognizable streetwear tropes. Their clothes have been sold in Urban Outfitters and worn by celebrities like Rihanna and Kenrick Lamar. However, their Zaidi is mostly a behind the scenes figure of the brand. There is no “about” section on their website yet they have been releasing seasonal collections for the past decade.

They almost always have several clothes on sale, sometimes as much as 75 percent off, worth checking out such as their Scripted Open Windbreaker, Garden Chino Pants which are covered in violets and roses, and their well priced Fringe Biker Jacket which for under eighty dollars. — Seth King

Palace Skateboards - Palace has been around since 2009 and ever since their first drop they have become a staple in the hip-hop community. After finishing college Levent Tanju founded Palance after fooling around with graphics and spending his days just skating around. Once his friends became enamored by his work - he realized it was time to expand. The brand caught the attention of Marc Jacobs for its nineties aesthetic and to this day is still the leader in the streetwear industry. They might not be a super underground clothing brand anymore, but some people may still need an introduction.

Their website is constantly being updated with new collections but they are hard to purchase as they sell out rather quickly. If you’ve got some cash lying around, check out their shop. — Seth King

Strip Mall Couture - Strip Mall is one brand probably not on anyone's radar - and they don’t want to be. Their website is littered with messages like “don't’ contact us” and “don’t follow us” yet their minimalist aesthetic will make you stand out in any crowd. Their work is ironic and cheeky, one t-shirt, which is now sold out is called “You Get What You Pay For” and sold for nearly five hundred dollars.

Yet Strip Mall isn’t trolling, and I’m constantly intrigued by their mysterious work. I can’t tell whether or not to take them seriously or not yet I owe two of their shirts. Go figure. If you’ve got thirty dollars to spare, grab their Order Form shirt and your friends will almost certainly think your crazy and enigmatic - and what’s better than that? — Seth King

Pleasures - If you’ve been on Grailed - you’ve heard about Pleasures. Founded by Alex James in 2015, the brand has not only become popular among resellers but has even caught the eye of Urban Outfitters. Their designs are known for being grungy and associated with the SoundCloud rap era. Over the years, the brand hasn’t been afraid of court controversy - he even put Kurt Cobain's suicide note on the back of a jacket.

Since he was a teenager in high school, James was always down to push the limits of what was “appropriate” to wear. Yet his risky graphics yet have grabbed the attention of Wiz Khalifa and Kylie Jenner. These days they are innovative designs such as their Waves polo and Wonder track pants which will almost certainly catch the eye of any hypebeast. — Seth King

FuckThePopulation (FTP) - If you’ve paid attention to the SoundCloud rap era - you’ve heard of Fuck The Population. Run by the ominous “Zac”, who no one seems to know, the clothes have been worn by everyone from Xxxtentacion and the $uicideBoys. Zach is known not to give any advance notice of a drop. If you really want his clothes - you will have to constantly have to check back in on the site. This model has created a cult following around his work and FTP usually sells out in under fifteen minutes.

His clothes are meant to piss people off and even the police have expressed their frustration for the brands' work. There are currently no clothes available on his site, and I can’t tell you when they will be. That’s part of the appeal. Every piece is rare. Yet if you really want some of his iconic FTP logo shirts - look on Grailed and be ready to take a hit to your wallet. Over time, if you need the money, you can always resell their clothes for more than you purchased them. — Seth King

Menace - Menace is one of the hottest brands right now in LA. The brand was founded in 2013. Creator Steven Mena doesn’t care about hopping on trends or keeping up with the industry and that's exactly why his clothing is always ahead of his competitors. If you have something nefarious you need to protect, they sell a bible safebox but if you get caught - don’t blame it on me. Yet before they were the darling of the underground scene, they were a humble brand selling their work on Karmaloop.

Most recently they have worked with Absent, another upcoming brand, to offer their audience both an Absent logo ring and a Menace logo ring which is rare to see from streetwear brands and producing jewelry isn’t easy. But my favorite piece they have right now is Menace’s Hell In A Cell hoodie - and it’s not hard to see why Mena is perhaps one of the most talented designers out today. If you’re in LA, you’ve probably already seen them around. — Seth King

Asspizza — I don’t have to tell you about Austin Babbitt. You should already know about Austin Babbitt but if you don’t, you may know him as Asspizza - the most enigmatic and beloved young designer in New York City. Austin first became somewhat famous when Rolling Stone did a mini-doc on his rise but he was already being hailed as the savior of the New York scene with his confounding designs. — Seth King