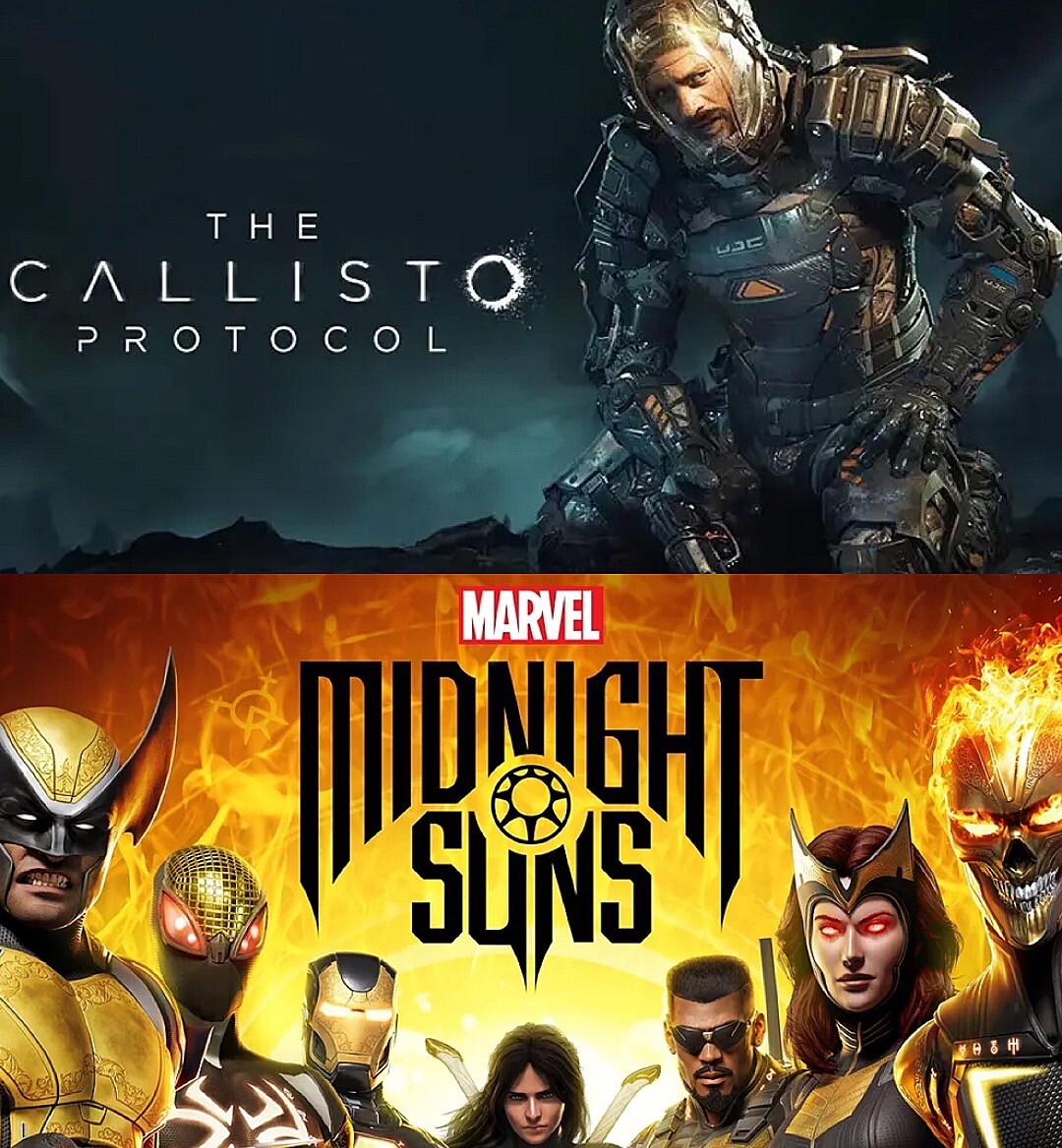 HAPPY HOLIDAYS, GOOD PEOPLE! As we've now reached the final month of the year, a final batch of dope games is set to release and make some viable stocking stuffers. December is coming through with one of the most terrifying horror games of the year, a Marvel Comics take on the strategy RPG trappings of XCOM, and the much-anticipated return of Need for Speed. Besides all the amazing gifts we've previously recommended for the gamers in your life, here is a lineup of the biggest December 2022 video game releases. 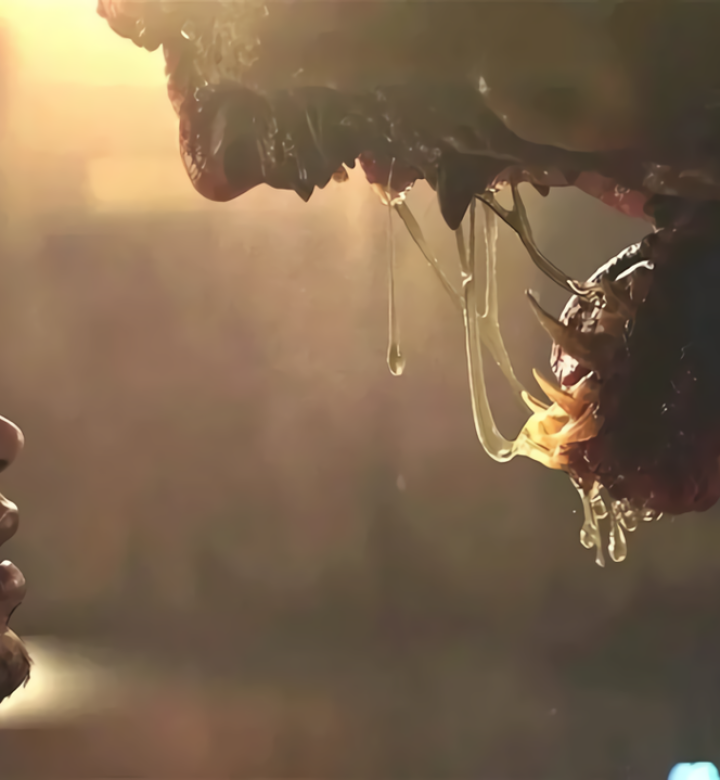 One of Square Enix's lesser-known JRPG releases is the SNES' Romancing SaGa, which surprisingly got a PS2 remake in 2005. Now that game is making yet another return in remastered form with all the bells and whistles you've come to expect from games of its ilk. Romancing SaGa: Minstrel Song Remastered will arrive with improved visuals, a new playable party member named Aldora, a collection of even more recruitable characters, and quality-of-life improvements that make playing it way less of a chore. The game's original free scenario storyline system remains intact and gives first-time players a fun way toward experiencing the story of one of eight unique protagonists.

For fans of Dead Space, this spiritual successor has all the markings of the next great video game sci-fi thriller. Glen Schofield, who is actually the creator and executive producer behind that Necromorph-filled franchise, is one of the directors behind this new outer space horror romp. What lies at the heart of The Callisto Protocol is one man's fight for survival while trapped within a prison colony set up on Jupiter's moon Callisto. That hellish mission puts the main character (named Jason Lee) against hideous terrors that are capable of ripping him apart in the most gruesome ways. You'll need to bludgeon and blast those alien threats to bloody bits as you try to escape the Black Iron prison and get to the bottom of the warden's role in everything at hand.

Marvel Comics meets XCOM? Yep, it's totally a real thing! And it's arriving in the form of this tactical strategy RPG full of iconic and underrated superhero banding together to fight an otherworldly evil. You'll need to lead them all with your custom warrior known simply as "The Hunter," who is actually the offspring of the game's main protagonist known as Lilith, Mother of Demons. Marvel's Midnight Suns feature a combat system governed by collectible cards, proper battlefield spacing, and the usage of powerful abilities from Marvel's best. The game's relationship-building mechanics and upgradable hub ("The Abbey") also provide players with more to do once all the Hydra army busting wraps up.

Here's everything else you need to know about Marvel's Midnight Suns.

Anyone who's played any of the Need for Speed: Underground games knows just how much of an amazing racing gameplay formula that sub-series is known for. Need for Speed Unbound looks to be a welcome return to form for the series that goes all-in on the street racing subculture. What sticks out the most here is the game's cel-shading and graffiti art style, which affords it a dope visual palette all its own. The fictional city of Lakeshore City will be your playground here as you engage in some hype street racing where big bets can be made, new rides can be acquired, and your reputation (which marks the return of the "Heat" system) grows over time. Since Criterion Games (the development studio behind the Burnout series) is working on this one, our hopes are very high for this new NFS being awesome.

The original Hello Neighbor caught everyone's attention as it played upon that one fear of being followed by an unrelenting neighbor whose house you happen to be trapped in. The long-awaited sequel makes the return of that creep pursuer with newly improved AI behaviors that change up over time to keep you guessing all the while. Hello Neighbor 2 expands upon the house-exploring formula of the original with a whole town to explore, multiple characters to steer clear of, and a whole new mystery to uncover within the seemingly harmless locale of Raven Brooks. This one's coming to Xbox Game Pass on day one for Cloud, Console, and PC.

D3 Publisher's games embrace the best parts of Otaku culture - we're talkin' rampaging kaiju's, sword-wielding zombie killers, and even costumed martial-arts heroes/heroines. Their next release goes the sword-wielding route once again. But this time, the young lady going on a trek here is a modern-day hero who's been taken back to the Sengoku period to defeat undead minions. With her katana in hand and a whole host of ladies armed with their own weaponry, Samurai Maiden's main protagonist should have everything she needs to defeat the Demon Lord of the Sengoku period. This is one of those December 2022 video game releases that cater to fans of melee-focused action/adventure games.

Choo-Choo Charles looks to be one of those end-of-year game releases that could become the next big horror game everyone wants to stream. Based on the simple concept of this game, it's easy to see why. This single-player experience challenges you to navigate a huge island on an old train, upgrade it as much as possible, summon a demonic spider train, and take the fight to it with your powered-up train right alongside you. Find those scraps, turn your train into a formidable opponent for Choo-Choo Charles, and shoot it right to where it came from with your devastating machine gun!

Any of you guys and gals reading this list ever play Dragon Quest XI? Then you obviously know who Erik is. He makes his return here in chibi-sized form in a fun spinoff adventure that brings his sister Mia to the forefront. Their dual adventure comes in the form of this Nintendo Switch exclusive called Dragon Quest Treasures, which is a spirited treasure-hunting romp that lets you call on the aid of assorted Dragon Quest monsters. It's on you to find plenty of loot, fend off encroaching monsters, and peruse through each and every hidden corner of the vast locale of Draconia.

Square Enix's dedication to remaking Final Fantasy VII and dedicating new projects to the game continues! One of the more shocking releases coming from that nostalgia-fueled effort is a complete remaster of the PSP spinoff game that focuses on the prequel exploits of Zack Fair. Crisis Core: Final Fantasy VII Reunion brings the former handheld exclusive to current-gen consoles with a stronger visual presentation, gameplay changes that make combat scenarios way more enjoyable, and crispier-looking cutscenes. Now you'll get to revisit Zack's pre-FF VII adventures and see his interactions with the likes of Sephiroth and more.

The name Justin Roiland should pique the interest of fans that adore Rick and Morty. Squanch Games, a development/publishing studio started by him and Tanya Watson, have a new game coming out that's sure to deliver moments of twisted humor and wild gunfights with talking guns. That trippy title is called High on Life, which features a mind-bending storyline centered on a bounty hunter fighting to save humanity from aliens that only use them as drugs. Taking that extraterrestrial foe down means you'll need to shoot them down with guns that chat with you as you go to work. Those guns feature the voice talents of JB Smoove, Justin Roiland, and more. High on Life is surely the weirdest selection in this collection of December 2022 video game releases. This one's also coming to Xbox Game Pass on day one for Cloud, Console, and PC.

2019’s River City Girls fed into the amazing beat 'em up genre resurgence with a wild spinoff that placed the spotlight on the rough-and-tumble party of Misako, Kyoko, Kunio, and Riki. And in the final month of 2022, all those street brawlers make their welcome return with two newcomers in tow - Marian from Double Dragon and Provie from River City Ransom: Underground. River City Girls 2 adds the element of a two-player online co-op option, so now you can smash some fools somewhere other than a local couch co-op setting. Sick combos, crush guarding, new weapons to utilize, and more offer a new batch of worthwhile 2D beat 'em up goodness in this retro-stylized sequel.