The 12 Best Grammy Performances of All-Time

With a couple of honorable mentions 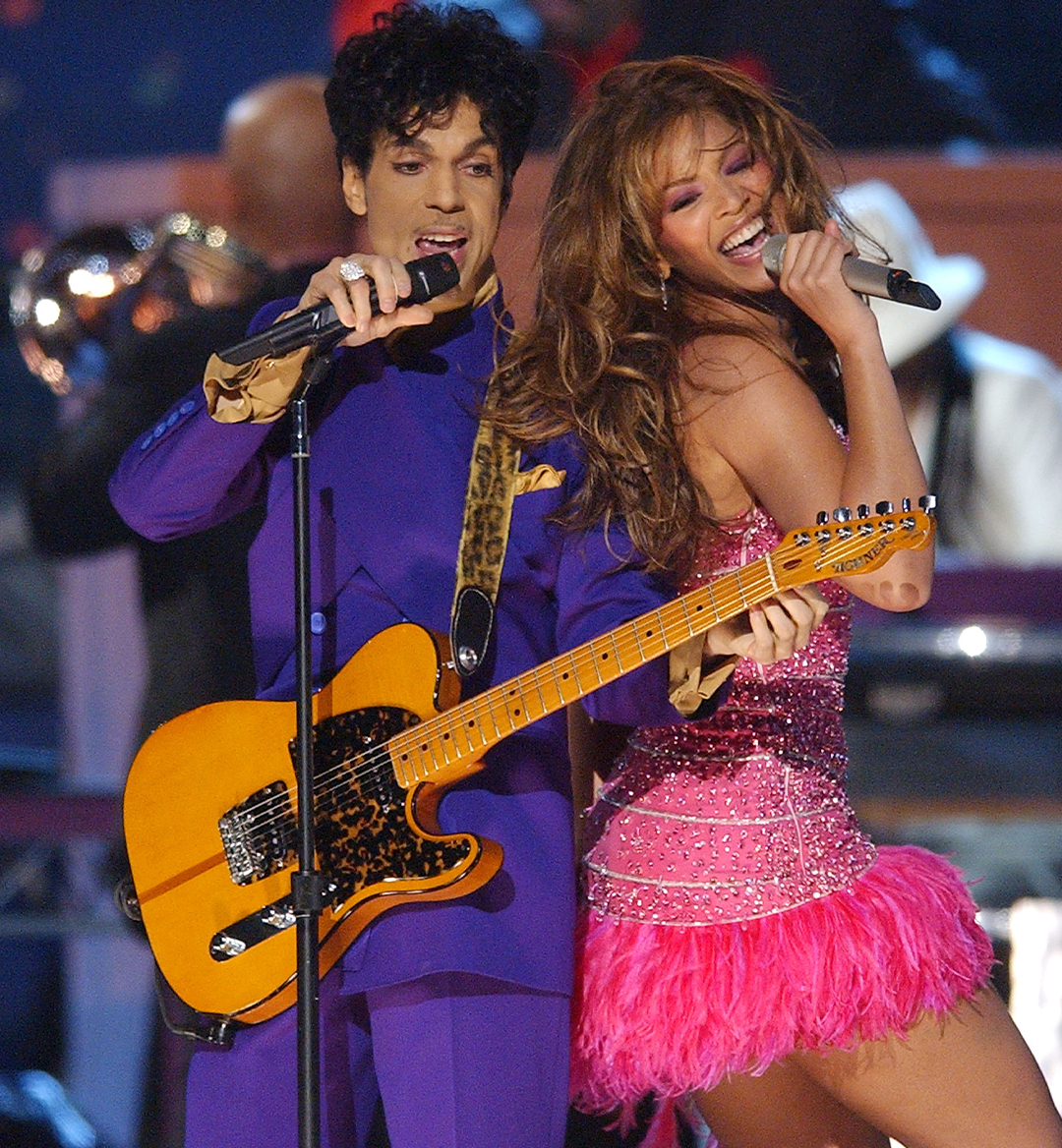 The 64th annual Grammy Awards are this Sunday, April 3rd at the MGM Grand Garden Arena in Las Vegas, with notable names such as Jack Harlow, Nas, Billie Eilish, and BTS amongst others taking to the Grammy stage for performances. Speaking of performances, we decided to take a look at what we feel are some of the best Grammy performances in the history of the show. Now keep in mind the very first Grammy Awards ceremony was all the way back in 1959, so we’re talking over 60 years of performances here folks.

Obviously, it would be hard to include 60 years' worth of performances in one article, but we can narrow down several that have been considered/agreed to be among the best. These performances weren’t just memorable, but they left a lasting impact in the sense that they have been remembered years or even decades after they happened. These performances may have even played a part in taking the artist’s career to the next level or be a significant part of a defining era for them. So let’s take a trip down memory lane and revisit these classic gems.

The 2004 Grammys were memorable for both Prince and Beyoncé. Prince had been largely out of the public eye for about five years as he battled his record label Warner Bros. for his masters (the rights to his music), and Beyoncé was in the middle of the promotional campaign for her first solo album Dangerously In Love.

Prince enlisted the services of the then 22-year-old Bey to open the show with a medley of his greatest hits from the 1980s and 1990s including Purple Rain and Baby I’m A Star. The two brought the house down, and Beyoncé would go on to add to her historic night by winning five Grammys and performing her single Dangerously In Love.

Janet Jackson is one of the undisputed musical GOATs, but in 1987, she was a youngin determined to blaze her own trail and separate herself from the comparisons of her famous family. Jackson’s third studio album Control was setting the charts on fire, and the 21-year-old hit the stage with producers Jimmy Jam and Terry Lewis to perform her hit record “What Have You Done For Me Lately.”

The performance was a simple one that consisted of just Janet, Jam, and Lewis, a few dancers, and loads of talent. Wowed by her incredible performance, the audience rewarded Jackson with an enthusiastic ovation.

In what remains one of the most emotional performances in the history of the Grammy Awards, Clapton performed his song “Tears In Heaven” as a tribute to his four-year-old son Conor, who had passed unexpectedly two years prior. Clapton went on to win both “Record of the Year” and “Song of the Year” at the ceremony.

Kanye and Jamie Foxx linked up to perform their 2005 smash “Golddigger” at the 2006 Grammys. Joined by a marching band, West and Foxx were literally everywhere during the performance and got the crowd super hype. This is just our personal favorite due to the energy and nostalgia, but Ye also has other great Grammy performances such as “Jesus Walks” at the 2005 Grammys, and his “Stronger/Hey Mama” medley at the 08 ceremony.

Sometimes folks forget about Mrs. Alicia Keys, so that’s why we’re giving a reminder. It takes a ton of skill to wow an audience to the point of a standing ovation with a ballad, and yet she did just that. Playing the piano version of her 2003 single “If I Ain’t Got You” from her album The Diary of Alicia Keys, Alicia served vocals, expert piano playing, and beauty in this stunning performance.

Boy, do we miss Amy Winehouse. While it will always stink that we lost such a superstar so early, we’re fortunate that she left us with her incredible music and performances to remember. The 2008 Grammys were Winehouse at her best with sultry soulful renditions of her songs “You Know I’m No Good,” and “Rehab.” Winehouse would later win the prestigious “Record of the Year” award for her 2006 album Back to Black.

Who do we need to talk to in terms of getting a clear video of this on YouTube? Is it YouTube? Adele, is it you sis? This performance was way too good to only have 1990s quality videos available of it. Nonetheless, 2011-2012 was all about Adele, and the 2012 Grammys were just a part of the artist’s iconic era. Performing “Rolling In The Deep,” it was just Adele and her microphone. That’s all that was needed, and the entertainer entertained.

The legends had a thing for working with Bey during the course of her early solo career, and this combination was a perfect one. Beyoncé had long drawn comparisons to a modern-day Tina Turner in terms of her performance style, look, and costumes, with Bey citing Turner as one of the artists that had influenced her the most growing up (behind the scenes footage shows Beyoncé literally skipping to Turner during their rehearsals).

The two legends performed Turner’s 1970 hit “Proud Mary,” and the crowd was on their feet the entire time.

Usher is another artist that had the privilege of working with the GOATs during his younger career, bringing James Brown on stage for a “Caught Up/Sex Machine” mashup. Of course, James Brown is known as one of the greatest dancers of all time, and Usher is one of the greatest amongst his generation, so the performance included tons of dancing and intricate footwork. Needless to say, a show was put on.

Two things. First of all—how did the Grammys not feel compelled to get up out of their seats after a performance like that? What was their problem? Second of all—Whitney Houston was just unfair. You shouldn’t be that gorgeous and have a voice like that. It’s just simply not fair. That said, if you know music, then you are already aware of the impact of Houston’s I Will Always Love You remake from her 1992 movie The Bodyguard.

To say this song rocked the universe would be a massive understatement. With the success of the song and the movie, Houston was pretty much left with no choice but to perform the record everywhere, and the Grammys were on the promo trail. Again to the crowd—what were you thinking?

So we’ve reached the point in this article where we have to decide which Beyoncé Grammy performance makes the final cut. It came down to this one and her 2004 Grammy performance of “Dangerously In Love” which we mentioned earlier. It was a tough call (especially since Bey ended the 04 performance with a dove landing on her hand which is a very hard thing to do), but we went with the 2010 Grammys performance of “If I Were A Boy” as it was 2004 Beyoncé, but even better.

Always known for continuously working on her craft, Bey’s stage presence, sharp vocals, and choreography had evolved immensely in those six years, which could especially be seen in the middle of the performance when she busted out her version of Alanis Morissette’s “You Oughta Know.” It was a ballad, pop, and rock show all in one, and boy was it good.

Last but not least—Michael Jackson. To set the scene a bit, this was the only time Jackson ever performed at the Grammys. He didn’t perform during the Thriller era (though he did show up to collect his eight Grammys), and he didn’t perform again after. Jackson opened up his set with his number one single “The Way You Make Me Feel,” switching to his other number one “Man In The Mirror” midway through. Jackson was joined by a church choir at the end, making this one of the most memorable performances in Grammy history.

Honorable Mention: Okay for our honorable mention we have Daft Punk performing “Get Lucky” at the 2014 Grammys, and then Kendrick Lamar performing “DNA” at the 2018 Grammys.

The 2022 Grammys will air live on April 3rd on CBS at 8:00 pm EST with Trevor Noah hosting the event. Tune in to see if your favorites win.