Hollywood's Biggest Earners: Who Is the Highest Grossing Actor of All Time? 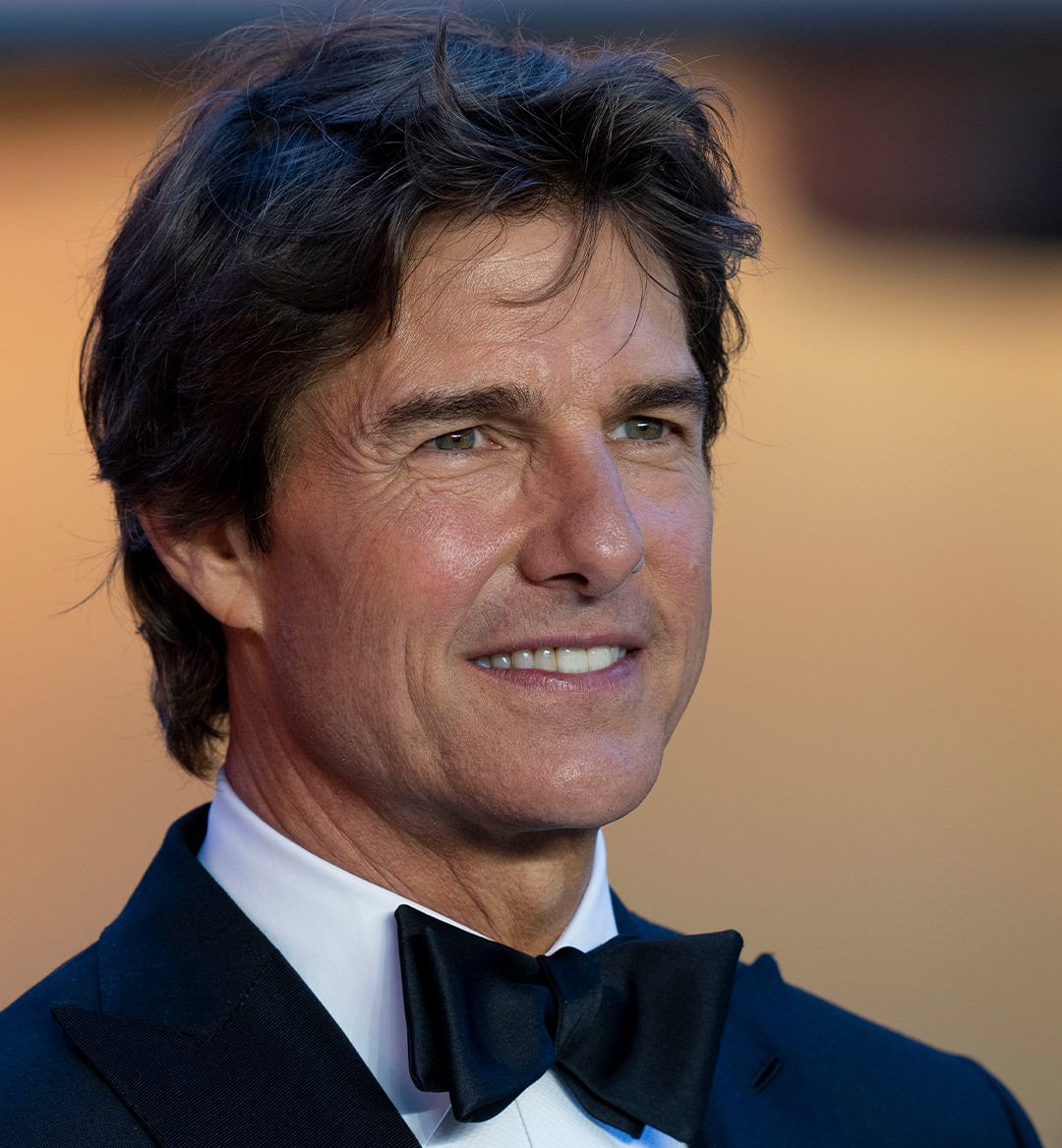 It turns out, if you were named Chris or Tom, there's a pretttttty high chance that you're on this list.

But before we get into anything, let's make something clear: being among the highest-grossing actors of all time doesn't necessarily mean you're the greatest actor of all time—they're two completely different things. And while there is definitely some overlap, the types of movies that are able to make enormous amounts of money are largely blockbuster hits, not indie films or dramas with limited releases.

But that's also not to say that the following 10 actors are bad, either—it's just a different way of measuring success in the industry. There's something about the sheer talent of this group that enables most of them to seamlessly shift from blockbuster hit to serious drama without so much as a blink of an eye.

Figures came from The Numbers as well as sites like IMDb and Statista. 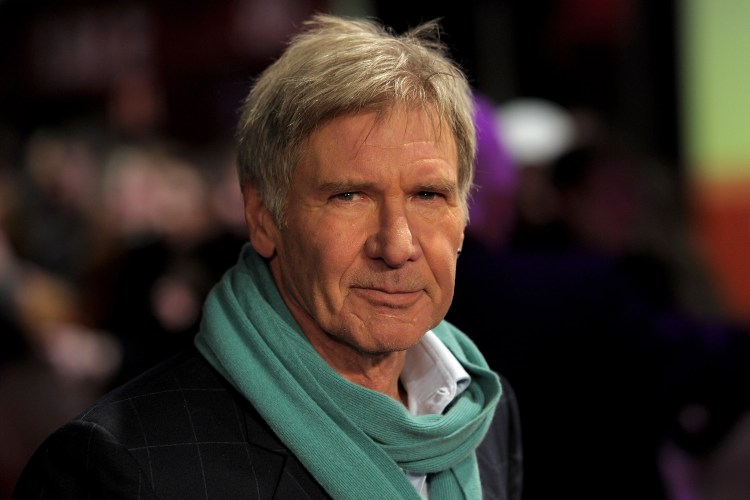 The oldest of the bunch, clocking in as the number 1o highest-grossing actor of all time, is none other than our beloved Harrison Ford.

Not only is he both Indiana Jones and Han Solo, but it turns out that he can also rock a teal scarf pretty well (evidence above). In that same vein, he's been able to equally dominate both action and drama roles over the years, from his OG days in Raiders of the Lost Ark and A New Hope to darker tales like Witness. 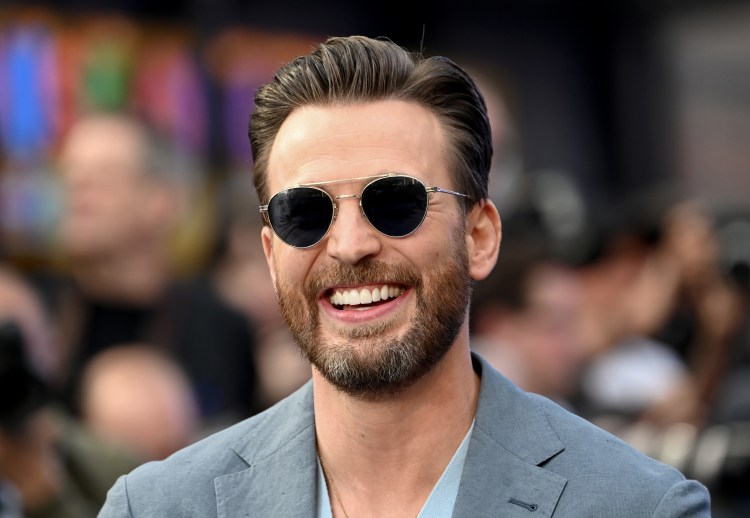 Though Chris Evans tends to lean towards the more blockbuster-y flicks that launched him into success, he's also proven time and time again that he's just as capable in more toned-down films like Knives Out. And no, his chunky sweater wasn't the only incredible part of his performance in that film. 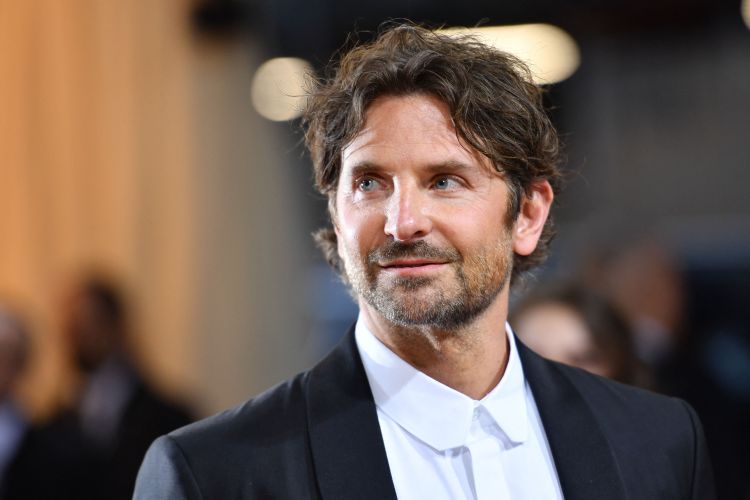 Most Well-Known Movies: The Hangover, Silver Linings Playbook, American Hustle, Guardians of the Galaxy, A Star Is Born

If anyone absolutely dominated the 2010s, it was Bradley Cooper. For him, it was just one absolute hit after the next, starting with Silver Linings Playbook in 2012 and ending with the massive success that was A Star Is Born, which he both wrote, directed, and starred in. 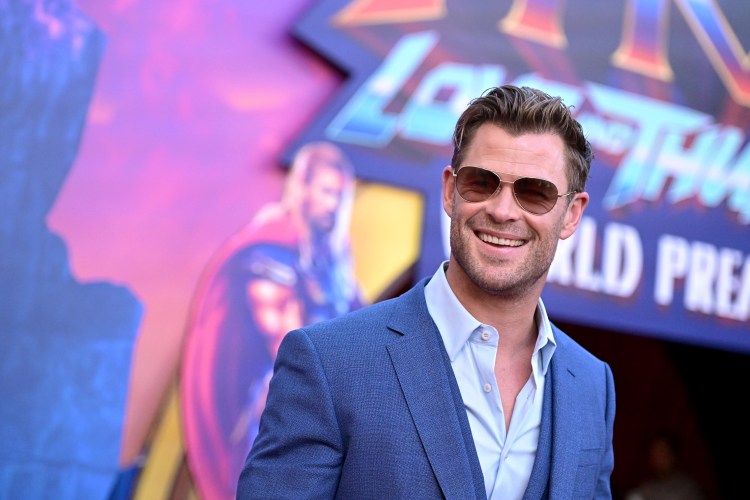 Most Well-Known Movies: Thor, Avengers, The Cabin in the Woods, Rush

The seventh highest-grossing actor of all time is our favorite Asgardian, Chris Hemsworth.

While he started off on a bit of a different foot in films like Star Trek, that blinding, blockbuster light practically found him in no time, as he first appeared as Thor in the aptly titled film from 2011, Thor. 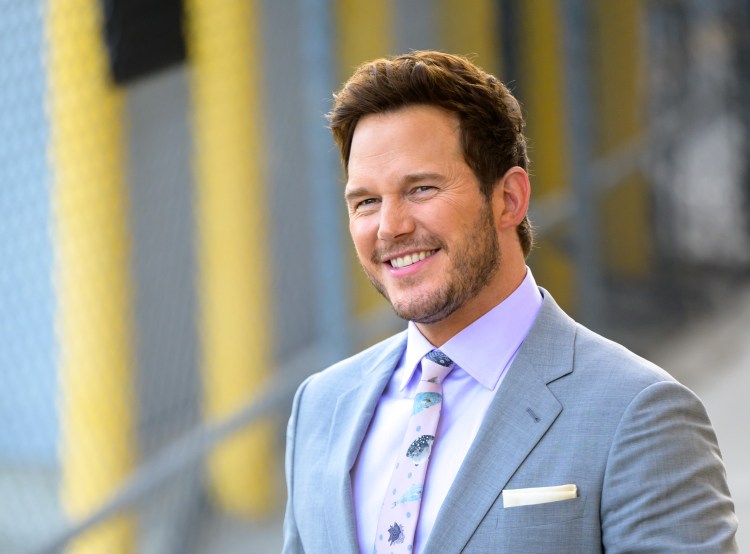 It's sort of wild to think that Chris Pratt got his start on Parks and Recreation as the lazy shoe-shiner, Andy Dwyer, considering what a complete left turn his entire career took after rebranding himself as an action star with Guardians of the Galaxy and Jurassic World. 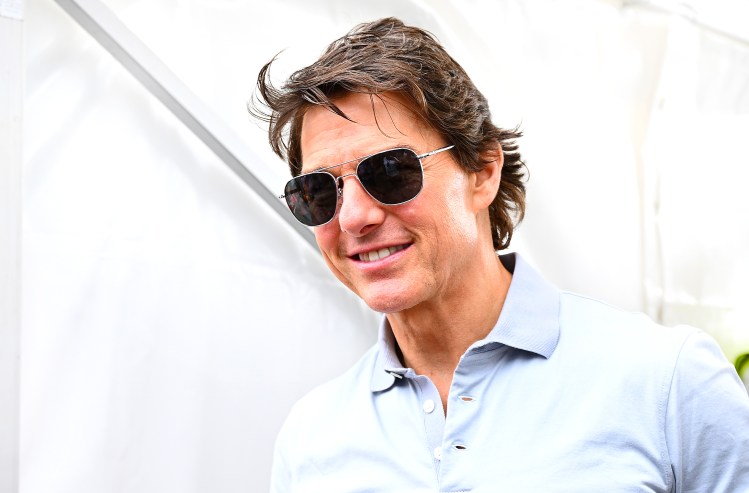 *Cruise returned the three Golden Globes that he won because of the controversies surrounding the awards show.

Halfway through the list, Tom Cruise clocks in as the fifth highest-grossing actor of all time.

With the absolute smash hit that became Top Gun: Maverick, Tom Cruise proved that he's unstoppable both on and off the screen, performing basically all of his own stunts for the movies he's in. And yes, that included flying a real F/A 18F plane for the Top Gun sequel. 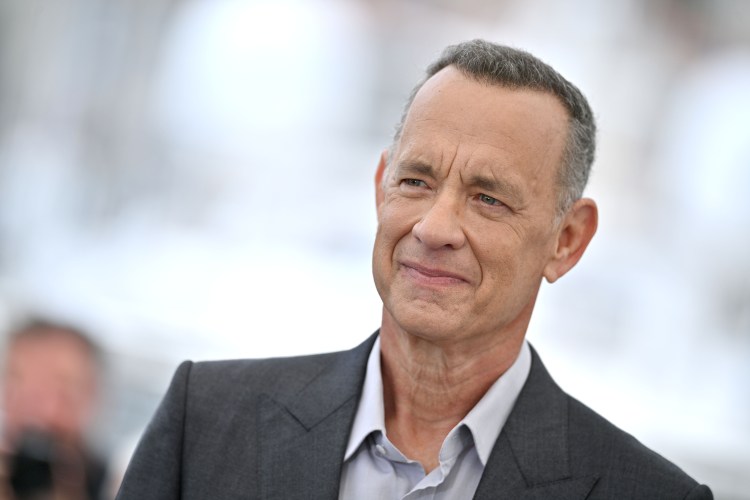 Most Well-Known Movies: Big, Forrest Gump, Cast Away, Saving Private Ryan, A League of Their Own, Sleepless in Seattle, You've Got Mail, The Post, Captain Phillips, Toy Story

If the novel that the above list of awards is isn't proof enough that Tom Hanks is one of the greatest actors of our generation, then I'm not sure what is. There's not a decade of his life where he didn't have a successful film premiering, from his beginnings with Big and Forrest Grump, to rom-com classics like You've Got Mail, all the way to serious dramas like The Post and Saving Private Ryan. 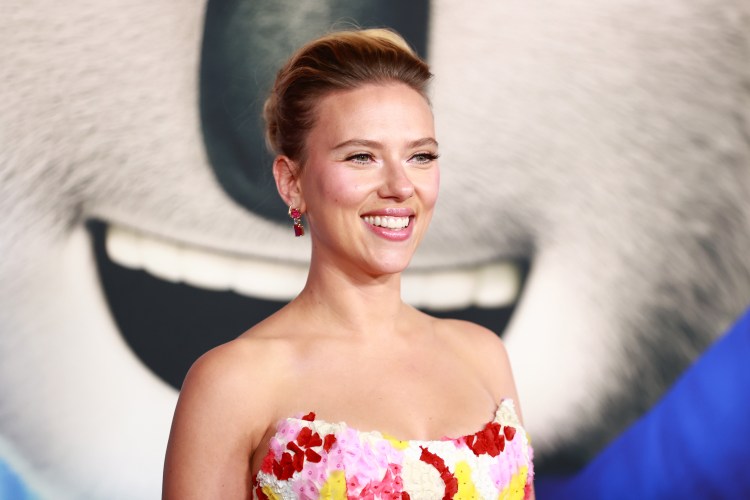 The only actor on this list with a Tony Award win, Scarlett Johansson is a total chameleon, capable of perfectly transforming herself into a multitude of different characters, from the big-screen Black Widow to Nicole Barber in the Netflix film, Marriage Story. Her time on Broadway served her well, allowing her to seamlessly adapt from character to character even further. 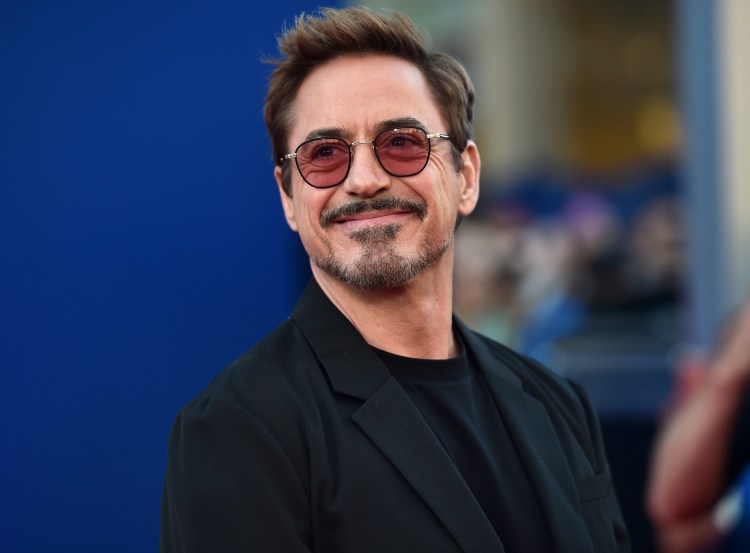 Okay, we're almost there: the second highest-grossing actor of all time is none other than our beloved Tony Stark: Robert Downey Jr.

Though he left the Marvel Extended Universe (MCU) with a bang in 2019, there's no denying this man's staying power when it comes to film. Robert Downey Jr. has been on the scene since 1970, hitting his first major strides in the 1980s and '90s and again in the late 2000s with the major success of Iron Man, which snowballed into something that no one ever could have imagined. 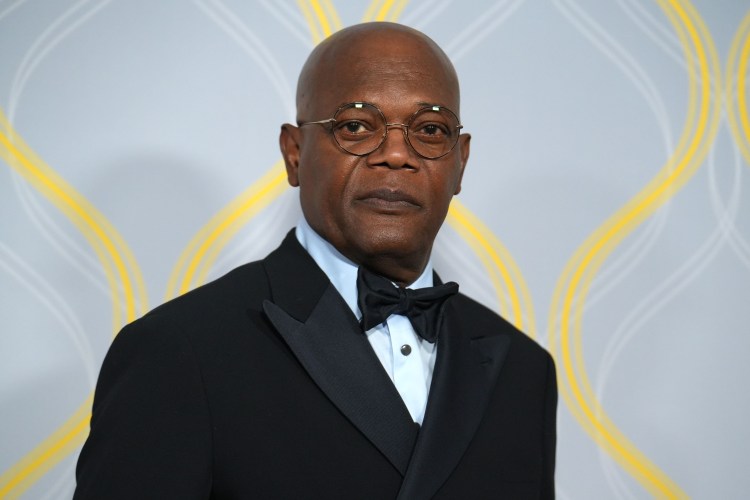 Is there anyone more deserving of being the highest-grossing actor of all time other than Samuel L. Jackson?

Jackson has had the sort of career that everyone dreams of: a perfect balance of passion projects, blockbuster smash hits, and serious dramas to balance it all out. For someone who's appeared in every possible genre and has been watched by audiences of all ages, there wasn't a person in the theater who didn't lose it when Frozone (Jackson) slid onto the screen during Incredibles 2.