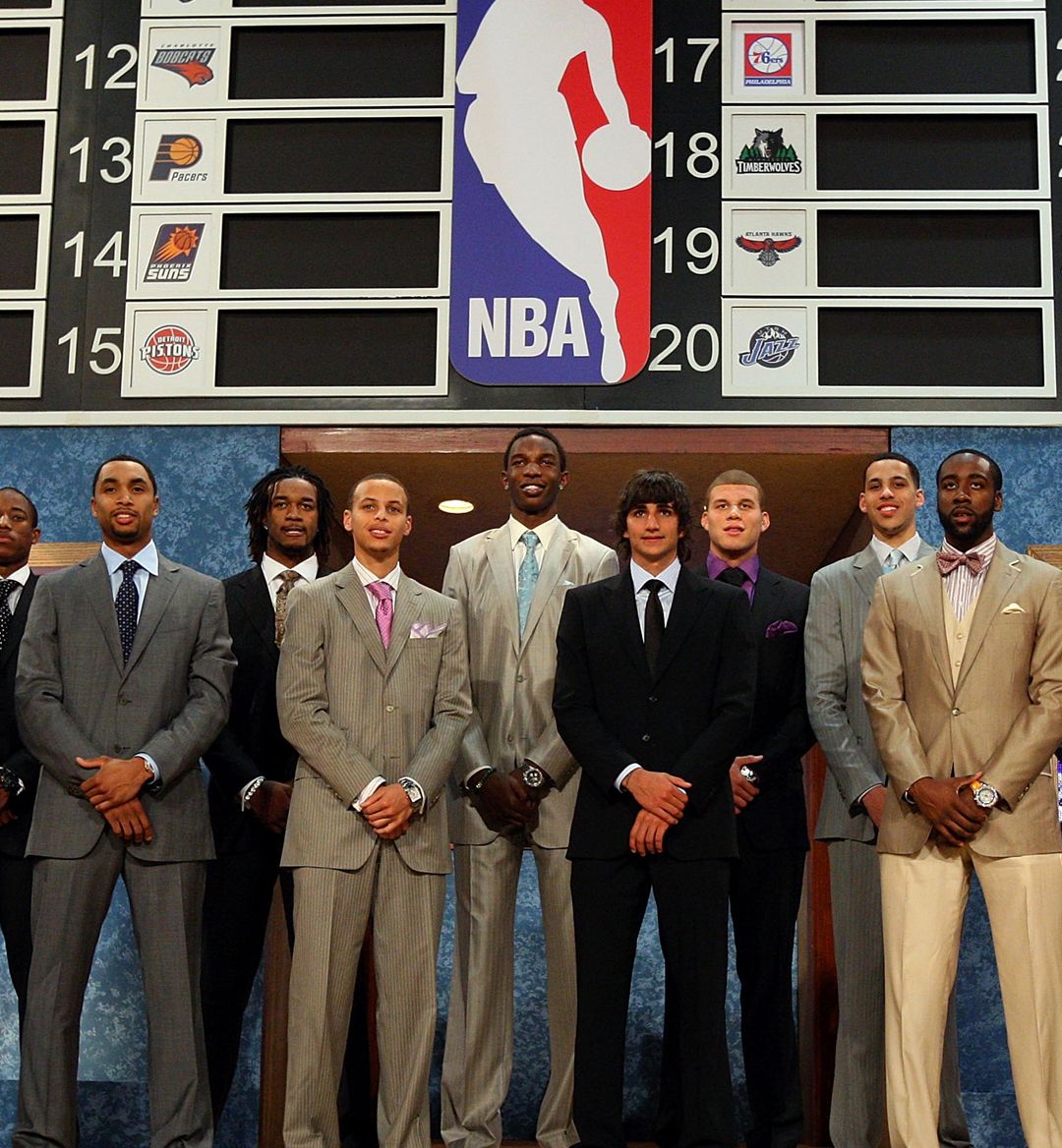 Every year, you never know what you’re going to get with the incoming NBA draft class. Some draft classes instantly are hits right away and some take time to blossom. When LeBron James and company were drafted in 2003, the expectations were through the roof and they lived up to it. On the other hand, the 1987 NBA Draft produced a few Hall of Famers but took shape many years later. From the vaunted 2003 draft class to the Michael Jordan and Hakeem Olajuwon-led 1984 draft, here are the 10 Best NBA Draft Classes. 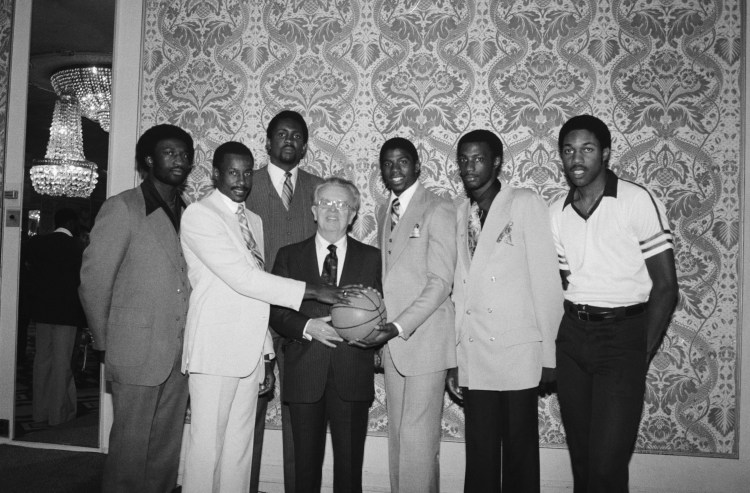 Magic Johnson is one of the greatest players of all time. The number one overall pick of the 1979 draft, Johnson is a Hall of Famer, a five-time NBA champion, a three-time MVP, and a 12-time All-Star. A wizard with the ball, Johnson is fifth on the NBA’s all-time assists list (10,141). Besides Johnson, the 1979 draft class is a defender’s dream. It features another Hall of Famer in two-time Defensive Player of the Year Sidney Moncrief and a few notable All-Stars, including rugged intimidators in Bill Laimbeer, Bill Cartwright, and Mark Eaton. 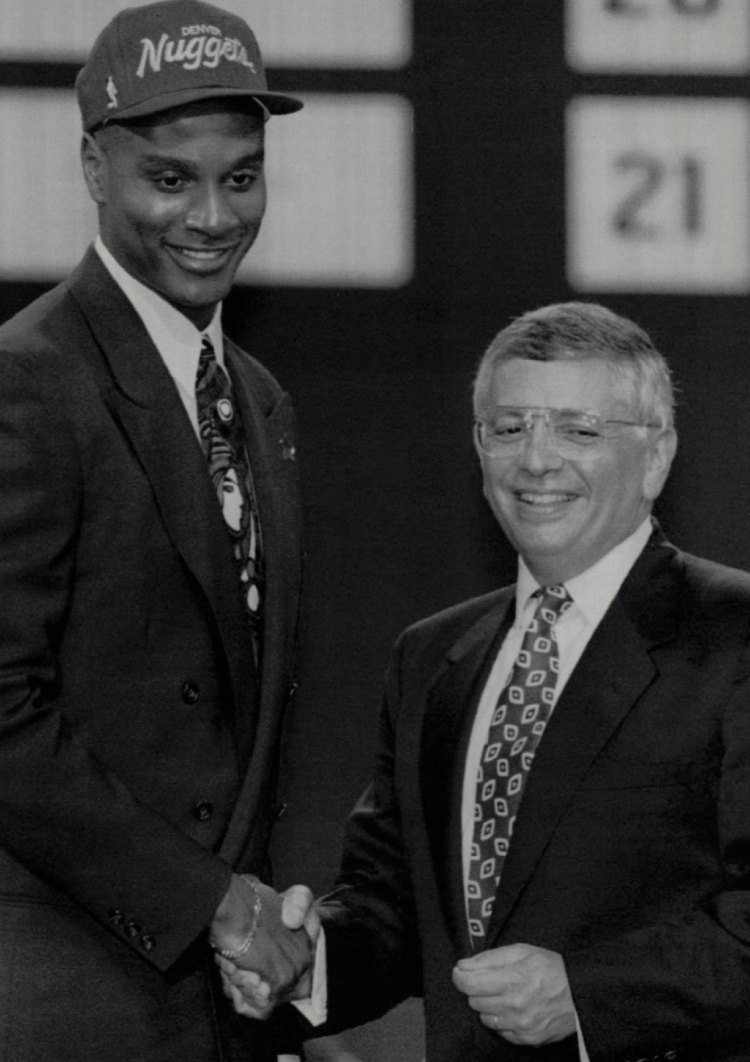 There isn’t a bevy of talent in the 1992 NBA Draft, but you can’t do much better than Shaq. Shaquille O’Neal won one NBA regular season MVP, but he did manage to win four championships and three Finals MVPs. Alonzo Mourning was picked right after Shaq by the Charlotte Hornets and excelled, making seven All-Star teams with Charlotte and the Miami Heat. O’Neal and Mourning actually won a championship together with the Heat in 2006.

The third-best player of that draft was taken pretty late in the first round. Latrell Sprewell was selected 24th overall and had a glowing career, making four All-Star teams and playing a significant part in the New York Knicks’ run to the 1999 NBA Finals. The class also featured two single-time All-Stars in Christian Laettner (taken third) and Tom Gugliotta (sixth). 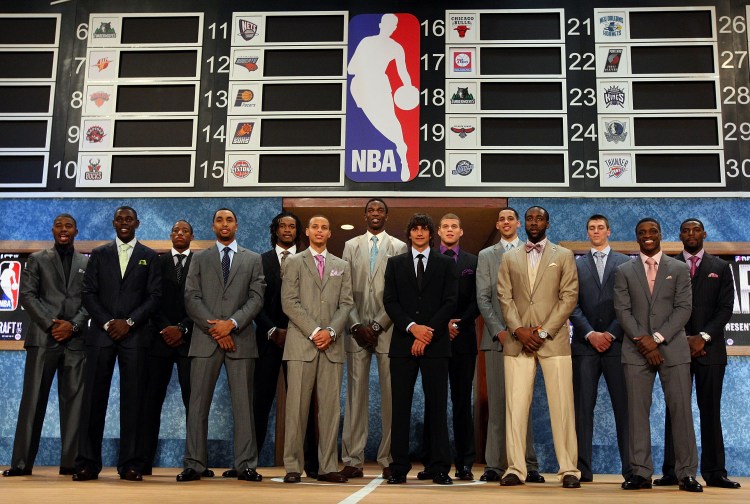 There are three NBA regular-season MVPs between Stephen Curry (selected seventh overall) and James Harden (taken third). Curry and Harden are generational talents that have revolutionized the modern NBA. Their impact on the league is significant, and there’s still more for both to prove. Curry has three NBA championships. Harden is on the shortlist for regular-season MVP candidates annually, but now in Brooklyn, he is in search of that first title.

Past that duo, the 2009 class has a few decorated All-Stars. The first overall pick, Blake Griffin, is one of the greatest dunkers of all time. A six-time All-Star, Griffin has recorded 13,479 career points in 10 seasons. The draft class also features DeMar DeRozan (four-time All-Star) and two one-time All-Stars in Jrue Holiday and Jeff Teague. 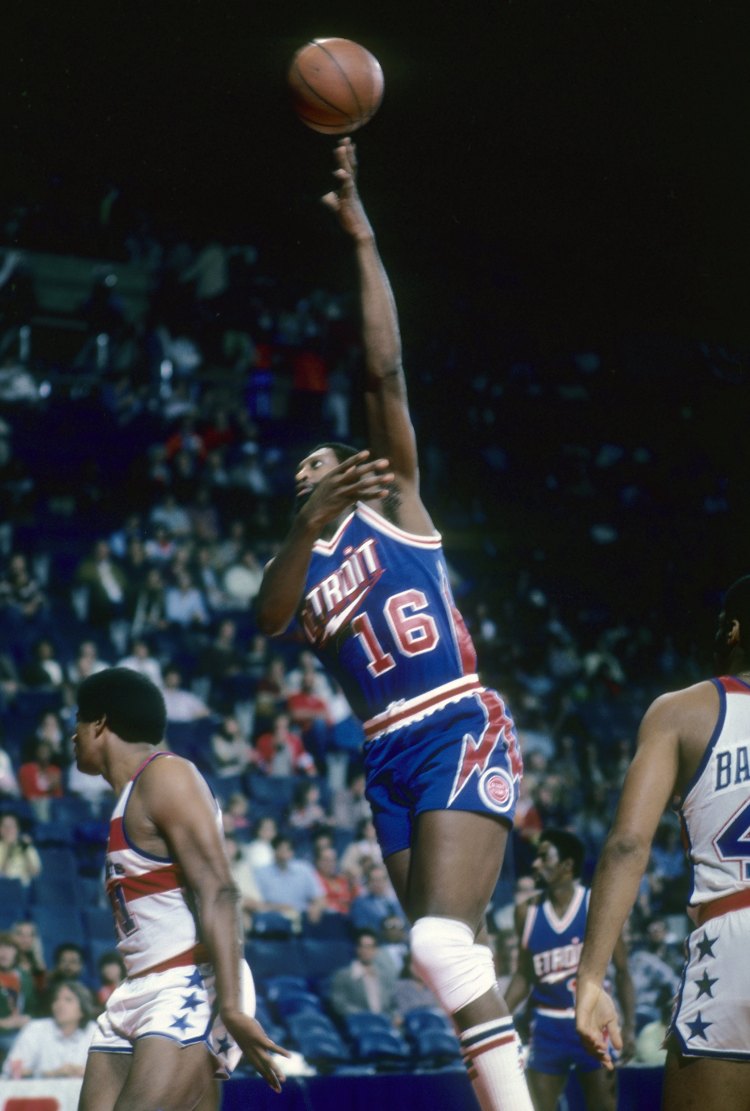 The 1970 draft was DEEP. Hall of Famers were a regular sight in this draft. The first pick Bob Lanier had a Hall of Fame career, making eight All-Star teams while averaging 20 points and 10 rebounds for his career. The first round also featured basketball legend “Pistol” Pete Maravich and two-time NBA champion and NBA MVP Dave Cowens. Overall, this group of talent features eight Hall of Famers and 12 All-Stars.

As you go deeper in this 19-round draft, hidden gems are very present. This includes Hall of Famers Charlie Scott (seventh round, 106th pick), Dan Issel (eighth round, 122nd pick), and All-Star Randy Smith (14th round, 205th pick). 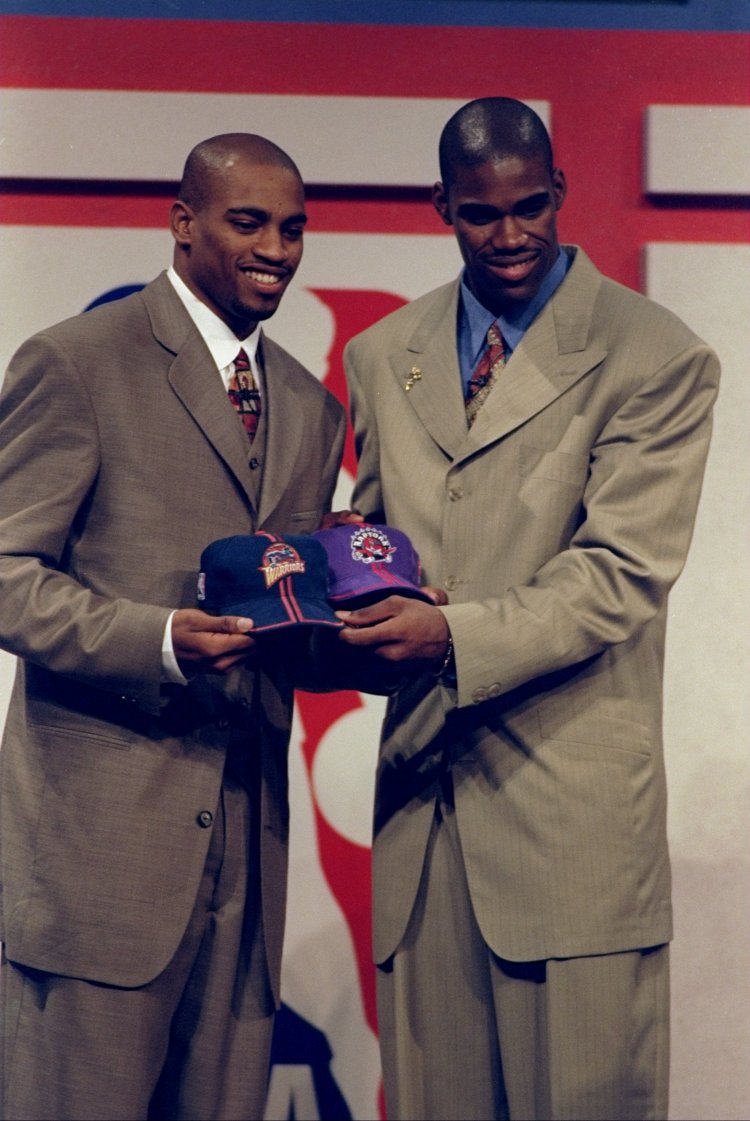 The 1998 NBA Draft is a bit top-heavy, but you can’t deny the greatness that is featured in the lottery of this draft. This particular draft features one of the more disappointing number one overall picks of all time in Michael Olowokandi. Dirk Nowitzki is an NBA regular season MVP, Finals MVP, top-10 power forward of all time, and the greatest shooting seven-footer to walk the planet.

Paul Pierce is a 10-time All-Star with an NBA Finals MVP award and a history of clutch shot-making. Vince Carter is the only player to play basketball in four decades. The three players combine for 32 All-Star appearances alone, and all three are in the top-40 of career win shares in NBA history. Past the three future Hall of Famers, there are two more multi-time All-Stars in forwards Antawn Jamison and Rashard Lewis. Jamison and Lewis piled up the points scoring over 20,000 and 15,000 points, respectively. 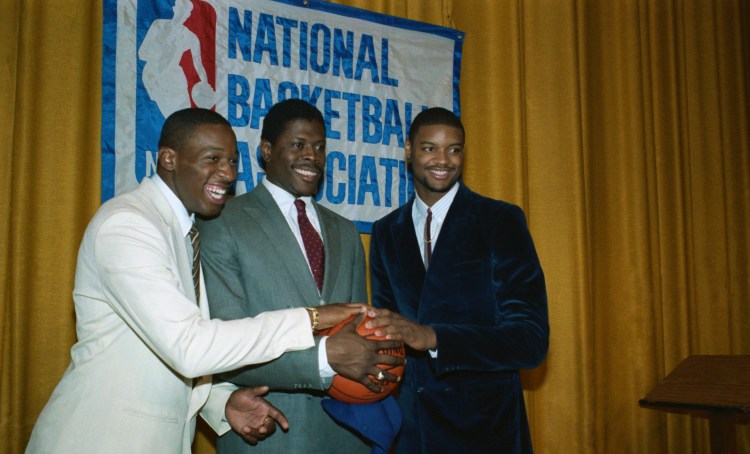 The 1985 NBA Draft features depth and top-shelf talent. There are 10 players from that draft to make an All-Star team and five players that were honored with a spot in the NBA Hall of Fame. Patrick Ewing was the first selection of the draft and played 17 years, mostly with the Knicks. Karl Malone was picked 13th and had the best career. He won two regular-season MVPs and is second all-time in total points scored (36,928). With other Hall of Famers like Chris Mullin and Joe Dumars, this draft class is talented and deserves a spot on this list. 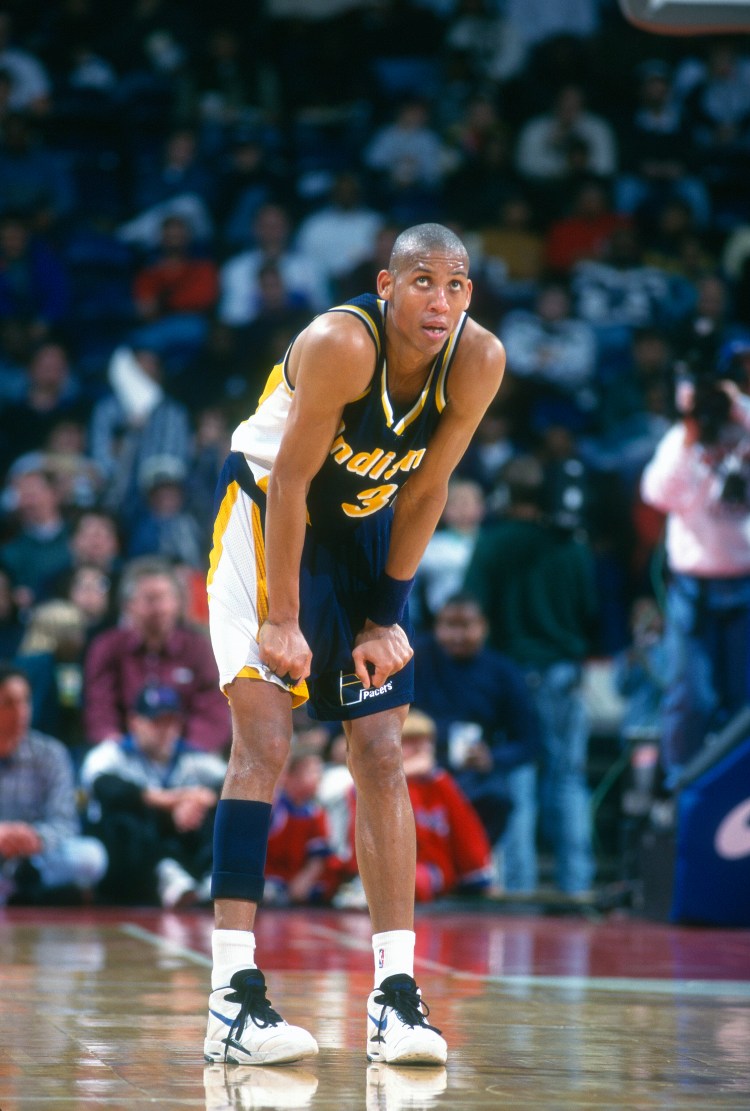 The headliners of this draft class are David Robinson and Scottie Pippen. Robinson won the NBA’s MVP award in 1995 and won two championships in 1999 and 2003. Pippen formed an elite tandem with Michael Jordan and helped the Chicago Bulls to six championships. A seven-time All-Star, Pippen is one of just three players to record at least 200 steals and 100 blocks in a season.

The rest of the 1988 class features a collection of really good players. Reggie Miller was known for his clutch playoff moments and was a Hall of Famer. The class also features former All-Stars in Mark Jackson, Reggie Lewis, and Horace Grant. 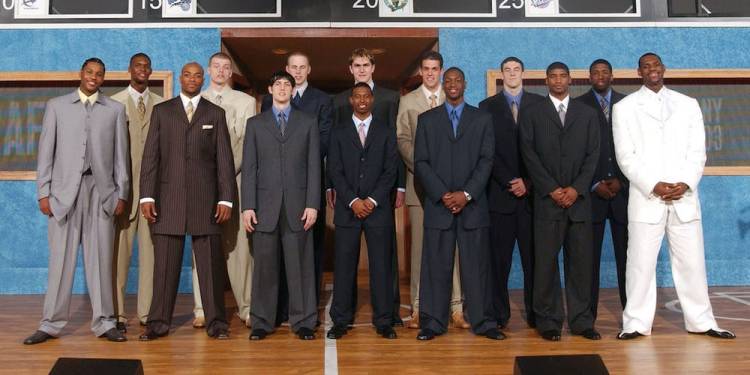 The 2003 draft class is special. This draft has a considerable cultural impact. Led by the first overall pick James, the birth of superstar free agency and players controlling their own destiny starts with this group. James, Wade, and Bosh decided to team up together on the Miami Heat and won two championships, and made the NBA Finals for four consecutive years. A four-time MVP, four-time NBA champ, and 16-time All-Star, James will go down as one of the best players of all time. Wade and Bosh were pretty good too. They both made more than 10 All-Star games apiece.

Carmelo Anthony (selected third in the 2003 draft) will go down as one of the most potent offensive players in league history. Though he didn’t experience superb playoff success, Anthony’s rank of 17th in career points scored (26,314) stands out. With a few other All-Stars in David West, Chris Kaman, Josh Howard, and Kyle Korver, this class makes out as one of the best of all time. 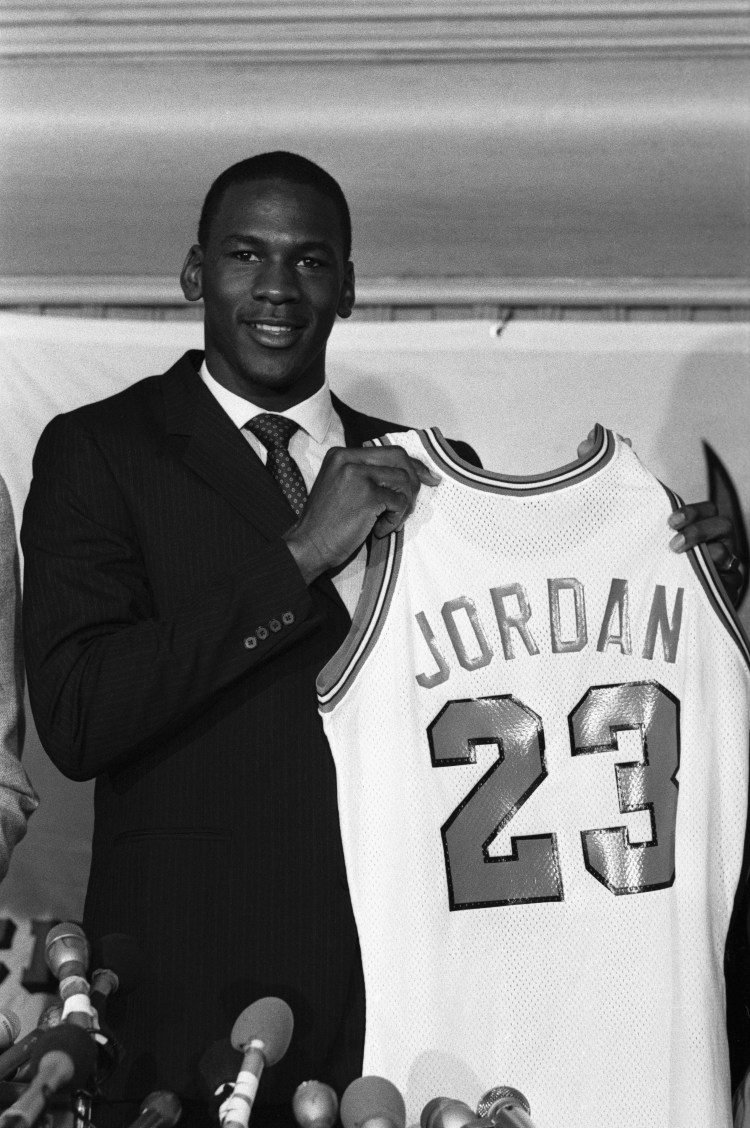 Michael Jordan’s name alone gets the 1984 draft class on this list. Six championships, six Finals MVPs, 32,292 points (fifth in NBA history) and a whole list of highlights makes Jordan arguably the greatest player of all time.

When you start adding the other players, such as former MVPs Hakeem Olajuwon (1994) and Charles Barkley (1993), this draft class's ranking crystalizes. This is the only draft class that features four players (Jordan, Olajuwon, Barkley, and John Stockton) in the top 20 in win shares. After that dynamic foursome of superstars, there are three players in Alvin Robertson, Otis Thorpe and Kevin Willis that had long and productive careers and made All-Star teams.

The 1996 draft is a who’s who of NBA stars. Featuring four Hall of Famers, 10 different All-Stars, the 1996 class has 64 All-Star selections and four MVPs in total from players selected in this draft. There are stars all over, from first overall pick Allen Iverson to the 20th overall pick in Zydrunas Ilgauskas. Headlining this group is the late Kobe Bryant, who racked up 18 All-Star appearances and five championships. Bryant wasn’t alone in dominance. The first pick in this draft, Allen Iverson, captured the NBA MVP in 2001 and guard Steve Nash took home the trophy in 2005 and 2006.

The depth of this group is astonishing, with other players such as Stephon Marbury, Peja Stojakovic, and Shareef Abdur-Rahim experiencing long and productive careers. On a technicality, you could also include Ben Wallace. Wallace went undrafted in the 1996 draft. He made four All-Star teams and won four Defensive Player of the Year awards in his career.