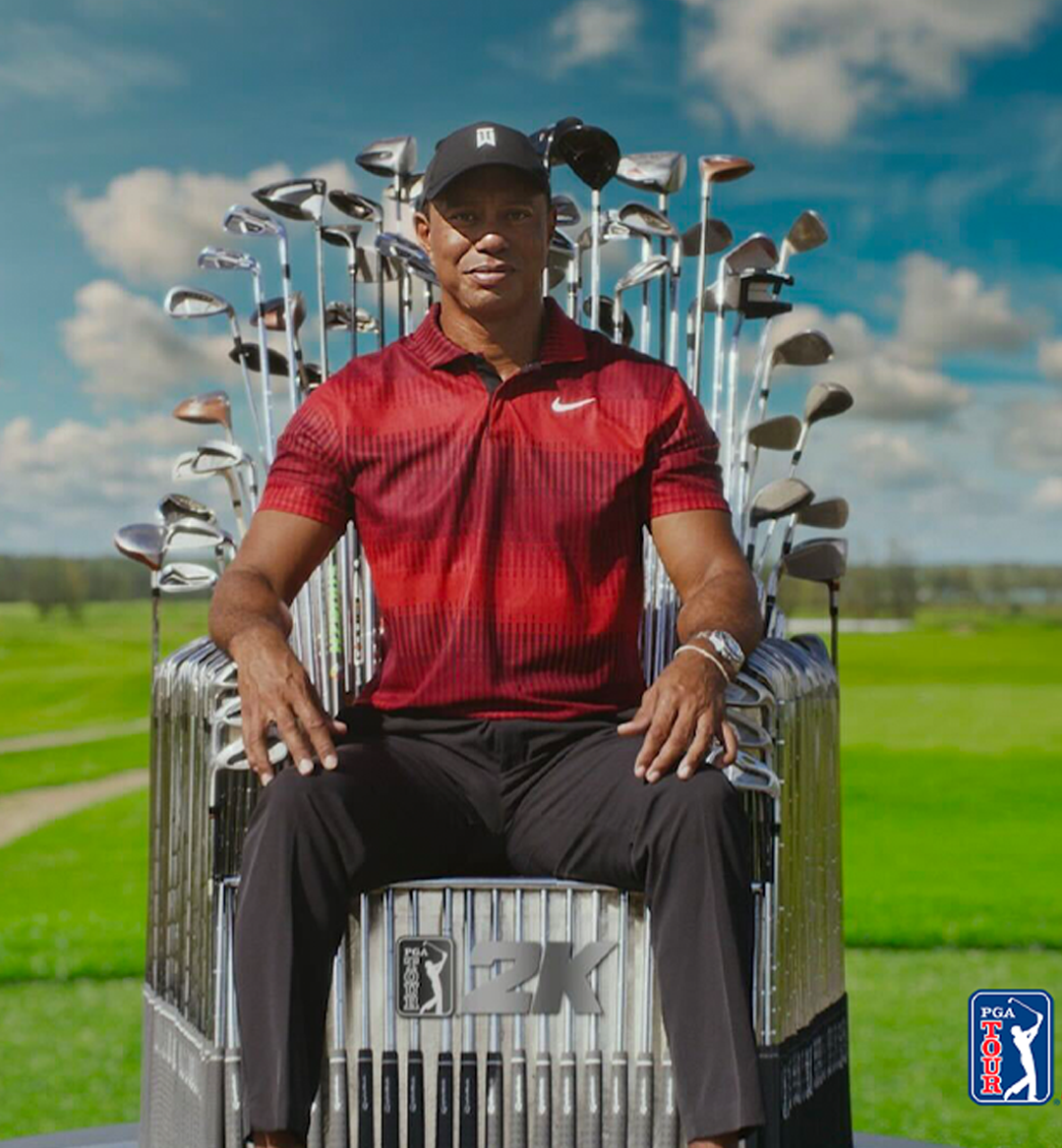 The 2K franchise took two years off producing a golf game to put all its time and effort into PGA Tour 2K23. After a long wait, we are finally getting our hands on the game. The newest installment of the PGA Tour 2K franchise officially releases on October 14th, but pre-order digital editions have already gone live. It's worth noting that this is one of the most highly anticipated PGA Tour 2K games ever. And I have been given the thankful task of handling the PGA Tour 2K23 review.

2K Games has dominated the basketball video game space for decades, and EA Sports has without a doubt had a monopoly on the football video game space since, well, its inception. EA Sports has had the market share of golf video game sales because there has been no real competition. In 2018, 2K would produce its first golf game in The Golf Club 2019 featuring PGA Tour. PGA Tour 2K21 would be the first studio title golf game for 2K sports and could largely be seen as a success. The game saw a huge wave of player growth during the pandemic and increasing interest in golf.

PGA Tour 2K23 is the third-produced golf game from 2K Games and is a huge step in the right direction for the franchise. Here is my review of PGA Tour 2K23. 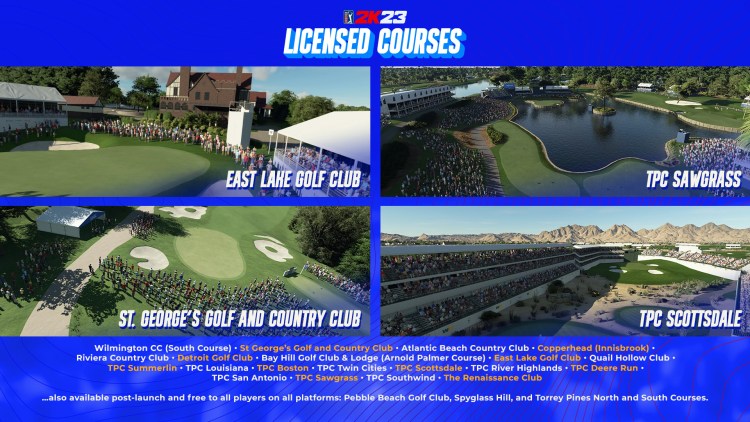 The most jam-packed game mode in PGA Tour 2K23 is undoubtedly the MyCAREER.

When first loaded in, you are given the option to start on an amateur tour and go directly to the PGA Tour. In PGA Tour 2K21, you were given a different rival that you would have to out-compete during a tournament. This has returned, but with a more immersive experience. The commentators will mention where you and your rival sit in the standings, even getting excited when you make a big jump. Beating a rival will unlock different clubs or in-game currency. There are five tiers of rivals, with Tiger Woods being the final boss.

The schedule and trophy room are similar, if not the same as in the franchise's last installment of the game. I would have liked to see a more customizable trophy room or even just a display case that shows all your trophies instead of just a scroll function. Winning the Tour Championship and FedEx Cup remains the overarching goal for MyCAREER. 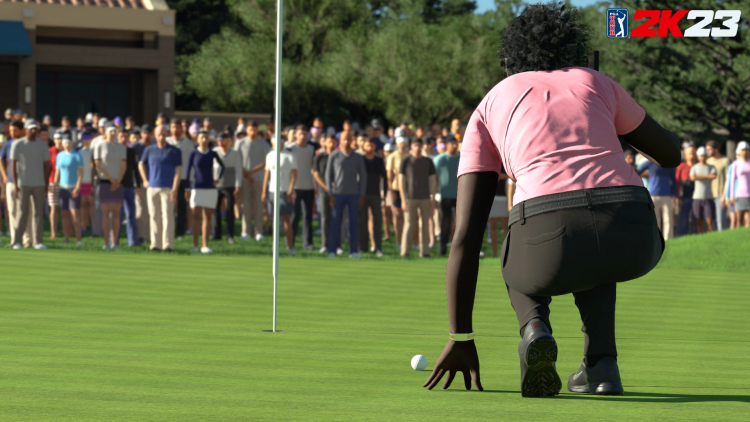 The biggest addition to PGA Tour 2K23 is the expanded customization of your MyPLAYER. In previous games, you could customize cosmetic items and purchase or unlock new clubs with different stats. Now all the featured clubs are purely cosmetic. You can change the stats of your clubs by unlocking and adding "fittings" to your clubs. You can also customize the physical aspects of your club, including the grip, shaft, and head. Taking a page out of their NBA 2K franchise, PGA Tour 2K23 has archetypes. You can choose between Greensman, Powerhouse, Rhythm, Sculptor, and Woodsman, with each giving buffs and defects to different stats. A horizontal skill tree has also been added, allowing you to acquire boosts for each club. You can change your archetype and skills at any time at no cost. 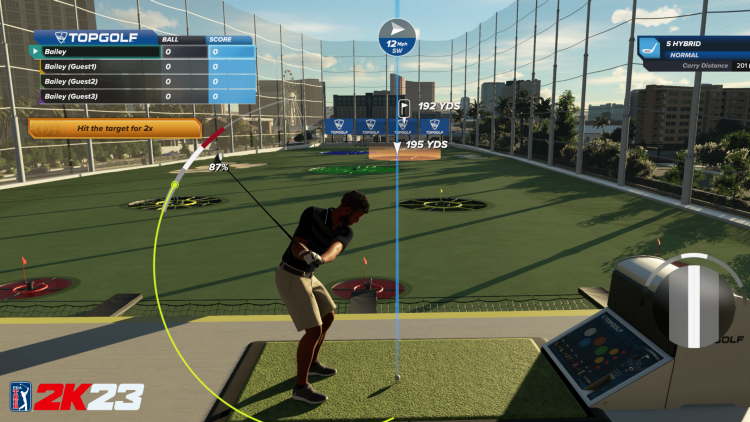 The newest game mode that's made its welcome debut in PGA Tour 2K23 is a simulation of the popular Topgolf attraction. Topgolf is a driving range where there are big targets for you to hit balls into, which lets you acquire points for each target hit. The Topgolf simulation in PGA Tour 2K23 is pretty on par with the real thing. This feature is a great opportunity for 2K to test and play around with some limited-time game modes. Adding time trials or other minigames will help bring longevity to this mode where there may not be right now. 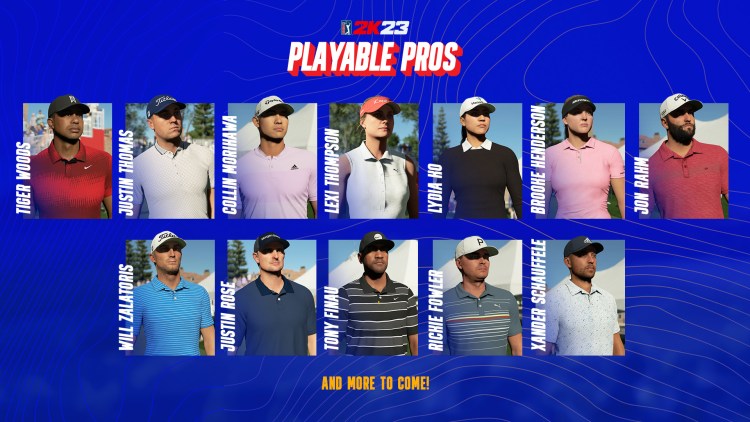 The biggest news surrounding the release of PGA Tour 2K23 was the addition of cover athlete Tiger Woods into the game. Other notable athletes added are Michael Jordan and Stephen Curry. PGA Tour 2K21 did not allow you to use other players, but in 2K23 you can use Tiger or any unlocked character during any game mode that isn't MyCAREER. I hope 2K continues to add new players or even unlockable characters to the season pass, which is set to release soon.

My initial takeaway from PGA Tour 2K23 is that it's a great step in the right direction. I like that the golfer archetypes aren't too bogged down in customization that requires me to watch a YouTube video on how to make the most OP build (thanks, NBA 2K!), but instead lay out five compact options. A game mode like Topgolf was much needed, but could still be built upon with a couple more additions. The addition of more PGA Tour pros into the game adds to the immersive experience and overall just adds a nice feel to the game. I give PGA Tour 2K23 a 7/10, with room for that score to go up as the year goes on and more content is rolled out. I hope this PGA Tour 2K23 review provided you answers to every question you may have had about 2K's latest golfing simulator.