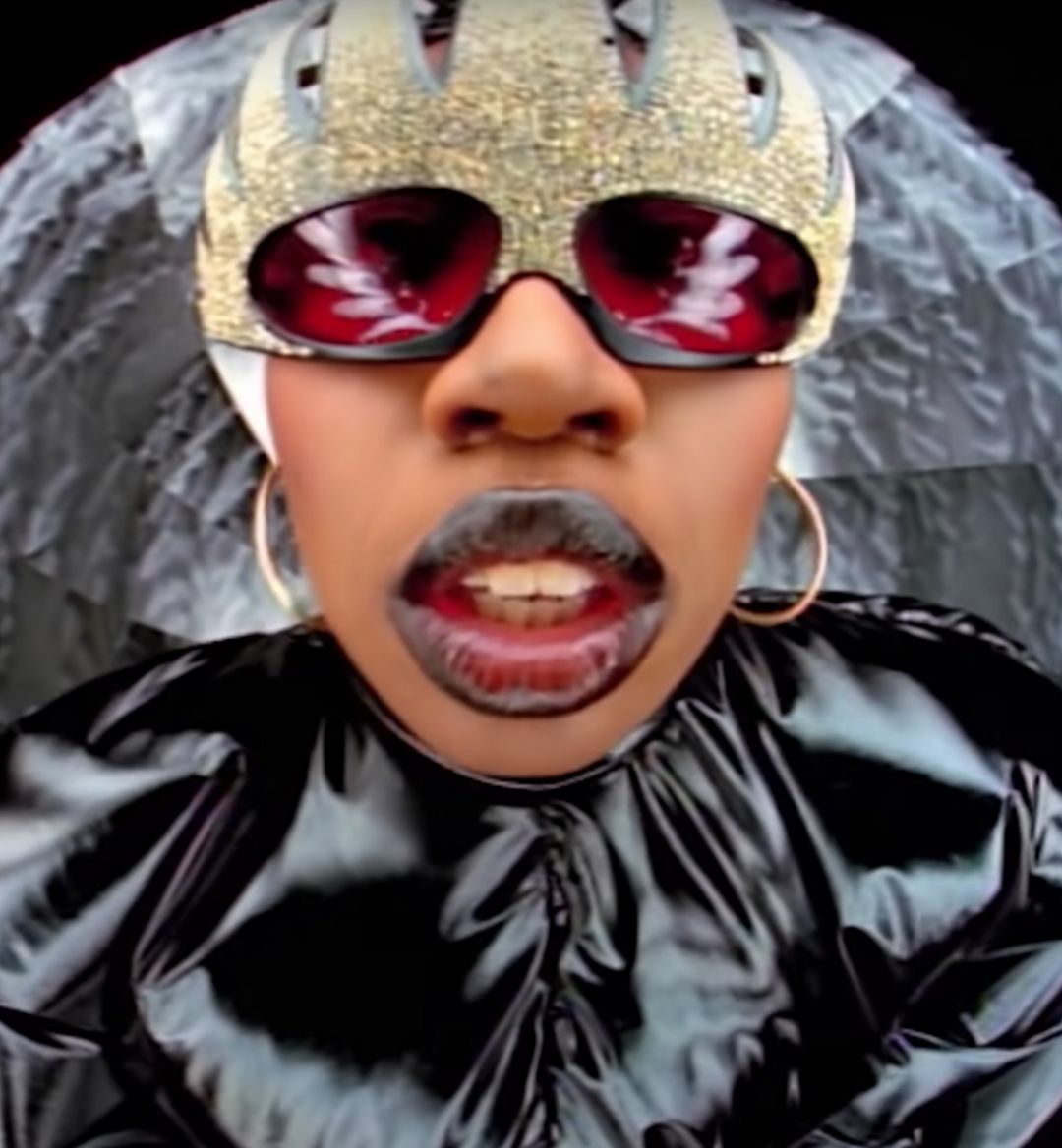 There are music videos, and then there are those music videos that transcend the mundane and end up becoming some of the best music videos of all time. Some musicians create simple music videos to accompany their songs. Others cook up creative visuals that tell a story and add additional layers and meaning to a song. There have been some pretty epic music videos released over the years that stand out from the rest and that have stood the test of time.

Are you ready to take a trip down memory lane? We’ve put together a list of 30 of the best music videos of all time. Compiling a list of 30 of the best music videos ever is no easy task, but somebody had to do it! This list includes timeless visuals from a variety of different genres. So whether you consider yourself a fan of today's pop music or classic rock or hip-hop or alternative music, this list is for you. This list celebrates many of the most creative, original and ground-breaking music videos of all time. It features visual masterpieces by icons from Missy Elliott and Madonna to Michael Jackson and Beyoncé.

Even though music is always evolving, these videos will more than likely continue to be remembered as some of the best ever made. Check out 30 of the best music videos of all time below.

The lead video for Michael Jackson’s Dangerous album is without a doubt one of the most iconic music videos of all time. It of course featured high-energy dance sequences, and also showcased a message of racial and cultural unity, as well as groundbreaking special effects. The 1991 song addressed racial division straight up by encouraging people to come together for a better world regardless of their differences. With this powerful message, coupled with iconic imagery that included Jackson smashing through walls and morphing into various characters, it resonated with people around the globe. This video further cemented the King of Pop place as one of the greatest entertainers of all time. The video features appearances from Macaulay Culkin, legendary guitarist Slash and Tyra Banks.

It's no secret that Queen's “Bohemian Rhapsody” is one of the greatest rock songs of all time. The accompanying music video also deserves plenty of recognition. The iconic five-minute+ video has been praised for its creativity and unique style. The visuals match the song’s poetic and powerful lyrics, and have been watched more than a billion times on YouTube alone.

What really makes Peter Gabriel’s classic “Sledgehammer” a G.O.A.T.-ed video is its excellent use of special effects to tell a story. It is jam-packed with imagination, vibrant colors and surreal images. The mesmerizing visual features everything from stop motion animation to hand-drawn illustrations to choreography.

Every once in a while, an artist releases something so iconic and timeless that it truly stands out among its peers. That’s the case with Janet Jackson's “Rhythm Nation” music video. With its minimal set design, focus on choreography and iconic style moments, it pulled no punches.

When you think of Guns N’ Roses and their blockbuster hit, “Welcome to the Jungle,” it’s hard not to think about the iconic music video that accompanied it. This legendary clip is widely regarded as one of the best music videos of all time, and rightly so. The video shows the band's raw energy and attitude, as well as the spirit of Rock n’ Roll.

2Pac's "California Love" was an absolute banger of a track and its music video remains just as iconic today as it did when it was first dropped more than two decades ago. Jada Pinkett Smith is rumored to have to come up with the concept for the Hype Williams-produced, Mad Max-inspired music video. The video is set in the year 2095 and features cameos from actors Chris Tucker and Clifton Powell and legendary musician Roger Troutman.

It goes without saying that Madonna has several of the best music videos of all time. One of her most notable videos is for “Like A Prayer.” Madonna allegedly wanted the visual for her hit single to be more provocative than any of her previous releases. Mission accomplished! Upon its release, the controversial video drew criticism from Christian groups and the Pope.

Released in 1988, the video for NWA's "Straight Outta Compton" offered viewers a glimpse of what was going on in many inner cities across the country. It was a bold statement on the state of urban life in Los Angeles at the time. The video with its controversial imagery captured NWA's rebellious spirit, as well as their desire to kick barriers down and give a voice to the voiceless. More than 30 years after its release, "Straight Outta Compton" is still just as relevant and impactful as it was when it first came out.

The impact of Run-DMC and Aerosmith's “Walk This Way” on pop culture simply cannot be overlooked. The video for the genre-mashing track signified a cultural exchange between two, at the time, distant musical communities. The high energy video showed hip-hop blending in with its rock-n-roll counterpart.

By the time The Notorious B.I.G. was ready to release his sophomore album, the rap star was larger than life. Featuring high speed chases, beautiful women and helicopter getaways, the video for his No. 1 hit “Hypnotize” spotlighted the Bad Boy’s grand lifestyle. “Hypnotize” was the last song the G.O.A.T MC released before he passed.

Few music videos are as iconic or beloved as Cyndi Lauper's classic "Girls Just Want To Have Fun." The timeless video was one of the first music videos to make a huge splash in pop culture and on MTV. The video perfectly speaks to the free-spirited, upbeat and fun message of the song. Accompanied by a diverse group of lady friends; simple, yet memorable choreography and (at the time) edgy style choices, Lauper was ready to take over the world with "Girls Just Want To Have Fun.” The video currently has more than one billion Youtube views.

The first of many classic Ye videos, “Through The Wire” was a proper introduction to the artist formerly known as Kanye West.

Alanis Morissette struck a chord with her 1995 single "Ironic," and the accompanying music video put the song's themes of irony and bad luck on full display. "Ironic" is a song that has stood the test of time and its music video is no exception.

UGK's Outkast-assisted, Juicy J-produced “Int'l Players Anthem (I Choose You)” was a collaboration of epic proportions. The visual for it definitely lived up to the hype.

With a mix of vivid colors, sultry choreography, Spears going from flight attendant to an action-packed spy, her "Toxic" visual is one to remember. Spears proved once again why she is in a class of her own when it came to music videos.

When Ye (aka Kanye West) proclaimed that Beyoncé had one of the greatest videos of all time, he wasn’t lying.

Two Jacksons are better than one. The futuristic clip for "SCREAM" proved it.

This iconic video has been viewed over 1.5 billion times.

TLC was on top of the world in the 1990s and “Waterfalls” is one of their defining moments. Although the Grammy-nominated song that eventually spent seven weeks at No. 1 was a massive success, it was slept on until the video dropped. “The video brought it to life. Videos then told the story. Radio was still on “Creep” because they had seen the video. Once we teamed up with F. Gary Gray to bring our vision to life, it was over at that point. The rest was history,” said group member, Chilli.

"We Found Love" is one of Rihanna's most iconic songs and the music video is just as classic. Directed by Melina Matsoukas, the video tells the story of a young couple in a tumultuous relationship. Featuring Rihanna and her co-star, model Dudley O'Shaughnessy, the video captures the highs and lows of young love. Not only is "We Found Love" a fan-favorite, it also won the Grammy Award for Best Short Form Music Video and MTV's VMA for Video of the Year.

“When Doves Cry” — Prince & The Revolution

Prince was a master of creating musical and visual masterpieces "When Doves Cry" is one of his finest moments. It's a timeless classic that continues to wow audiences till this day.