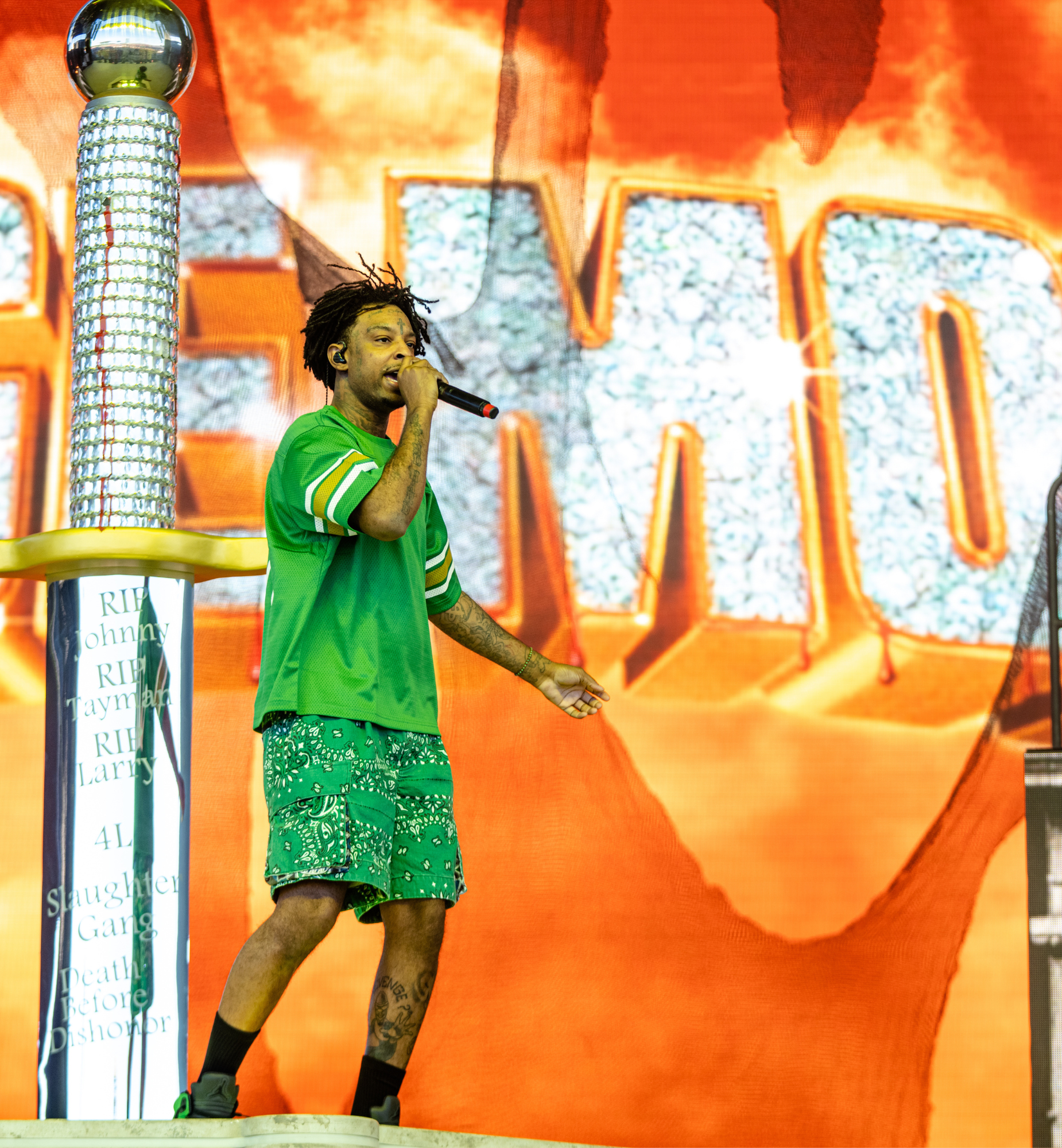 "I jump on your song and make you sound like you the feature," raps 21 Savage on “On BS,” a cut from Her Loss — his new collab album with Drake. He ain’t capping. Most of the best 21 Savage features feature the ATL-bred rapper outshining his counterparts. In addition to an impressive catalog of his own records, 21 Savage has some of the best guest appearances in the game.

There’s a reason so many artists choose to work with 21 Savage. He always brings his A-game and delivers with his distinctive sound and cleverly gritty lyrics. The "Bank Account" rapper, who brings in the big bucks, has teamed up with some of the biggest names in music. This year alone, the Grammy Award winner has collaborated with some of the top artists out. He’s laid down attention-grabbing verses alongside Nas, Calvin Harris, Latto, Pharrell Williams, Shenseea, DJ Khaled, YG and others. Most recently, 21 can be heard on Metro Boomin’s latest album, Heroes & Villains. The rap star with more than 49 million monthly Spotify listeners delivered verses for several tracks from the super-producer’s latest release.

Since he first landed on the scene, 21 has been proving that he can hold his own against just about anybody. 21’s numerous collaborations have shown that he is far from a one-dimensional artist. They have also proven that he is a certified hit-maker. He’s featured on several hit songs, from the likes of Post Malone, Drake and Cardi B. We took the liberty of compiling a list of the 21 best 21 Savage features. Check out our picks below. 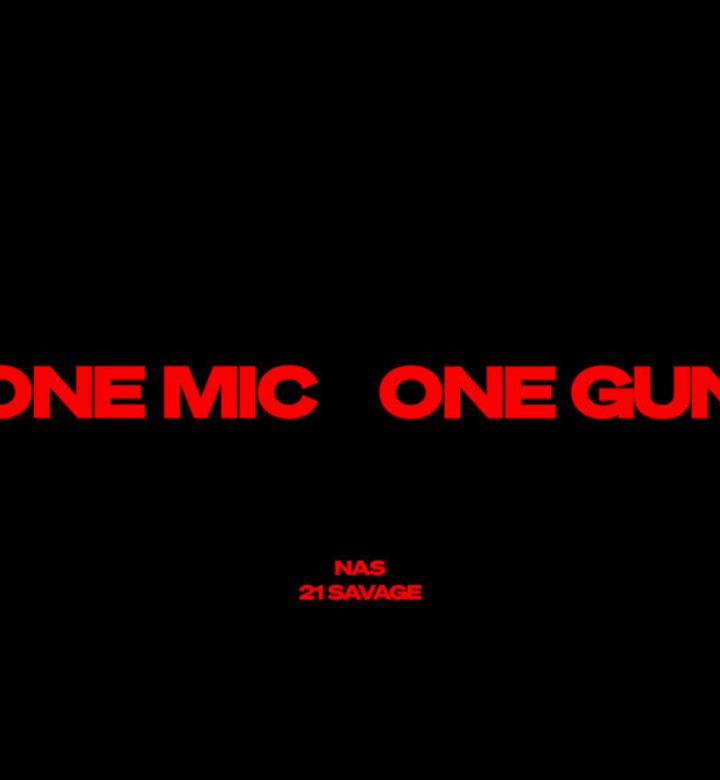 Legendary NY rapper Nas enlisted the help of 21 Savage for his single, “One Mic, One Gun.” Just as you’d expect, it came out quality. 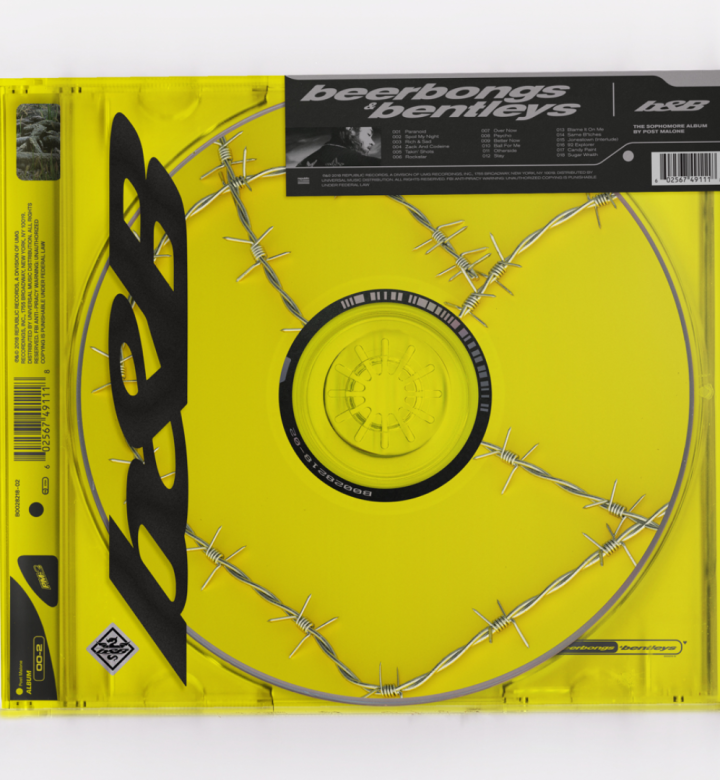 21 Savage has proven time and time again that his capability goes beyond just hip-hop; he has seamlessly contributed to some of the most recognizable pop records of our generation, like Post Malone’s “Rockstar,” for example. 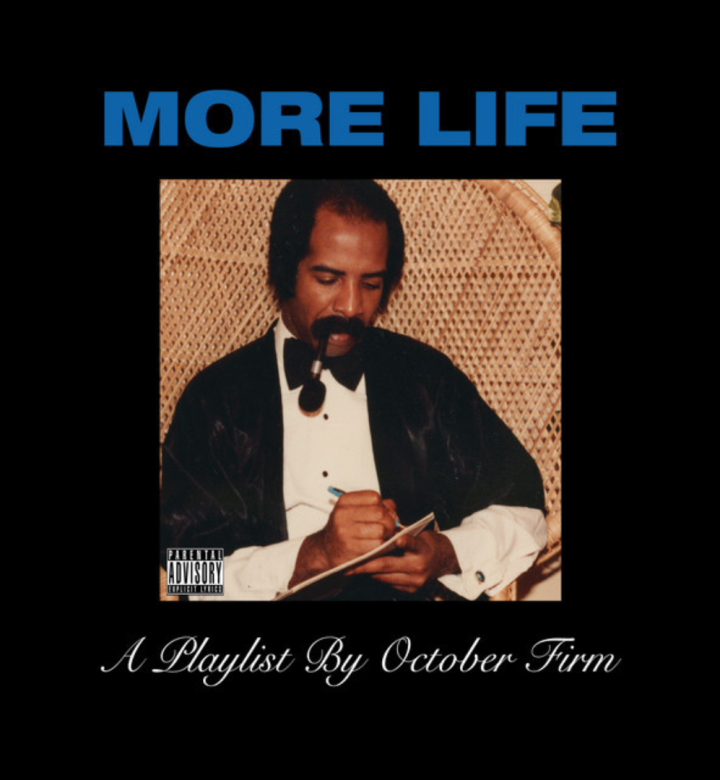 More Life was a one-of-a-kind Drake album which marked his embarking on a new chapter in his career. This was one of his best displays of feature curation, and what would that be without 21 Savage? “Sneakin” is a hit, as you probably already know. 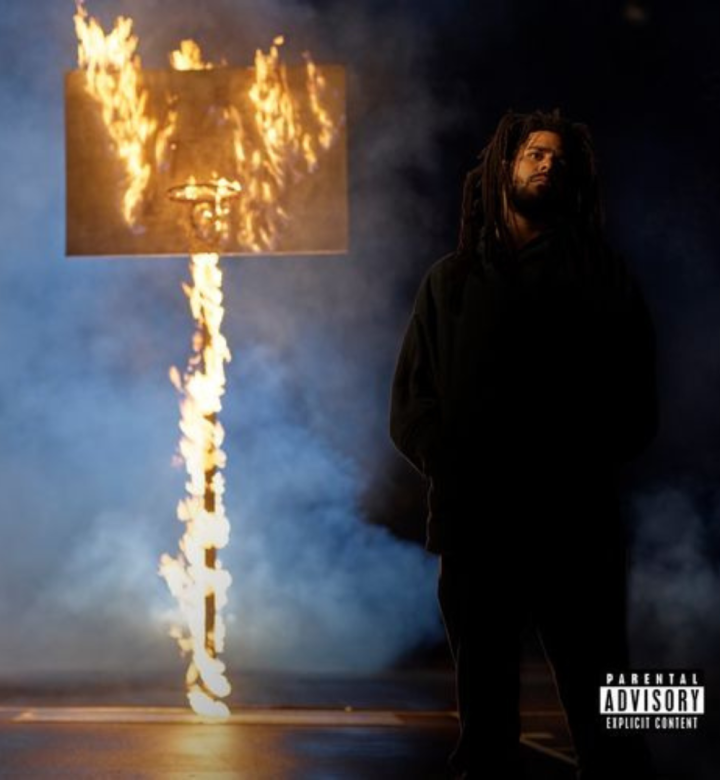 Who could forget the moment when J. Cole dropped a song featuring 21? While stylistically they vary very much, they somehow clicked perfectly on “m y . l i f e,” alongside Morray. 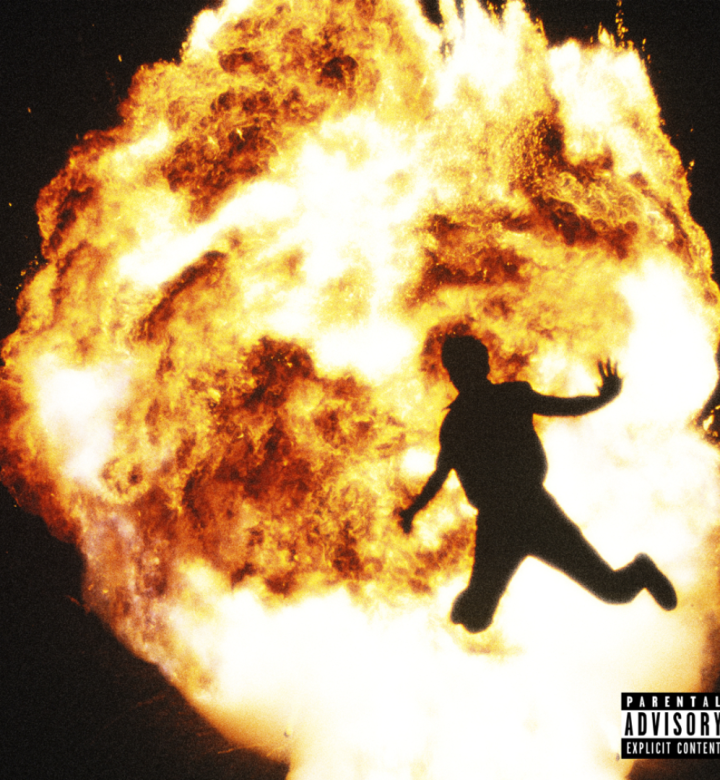 It’s no secret that when 21 Savage and Metro Boomin link up, hits are generated with seemingly no effort. They’re a hip-hop match made in heaven. “10 Freaky Girls” is a perfect example of this at play. 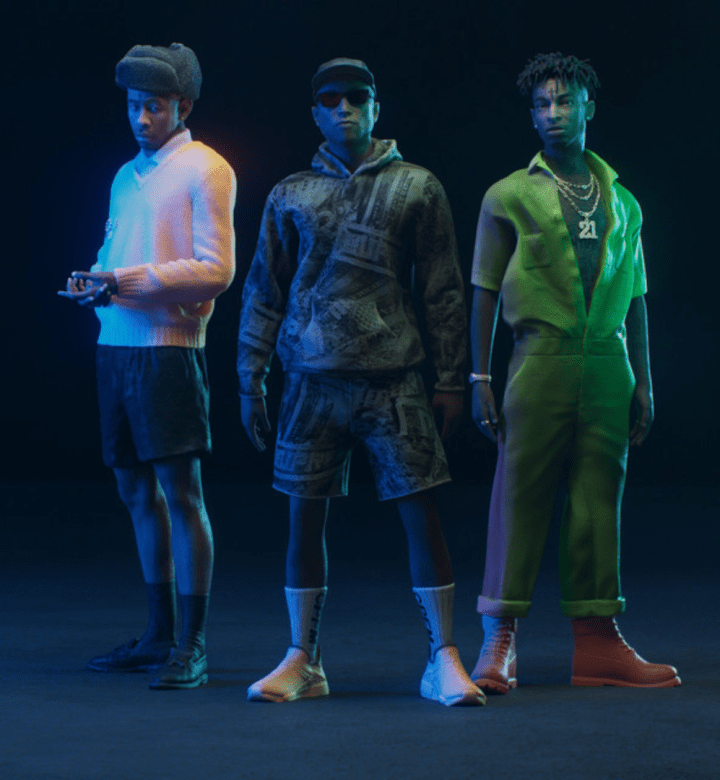 This year, it was pretty hard to miss the rare collab between Pharrell, Tyler, the Creator, and 21 Savage, “Cash In Cash Out.” As expected, they came through with a heater fit for non-stop streaming. 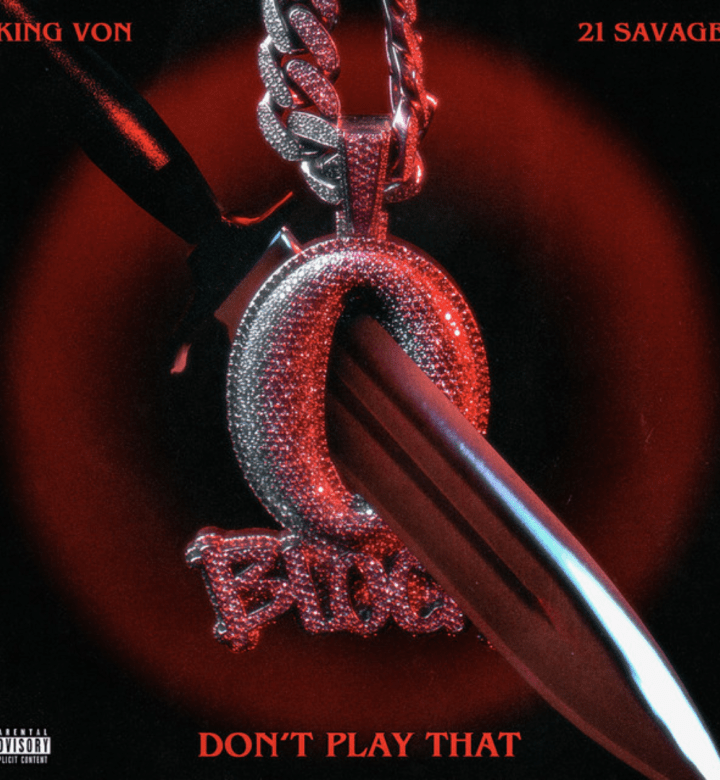 Only the Family Entertainment / EMPIRE

Before King Von passed, he grew famous for his thoroughly packed catalog of bangers, one of which was graced by the voice of 21 Savage: “Don’t Play That.” Check it out for yourself. 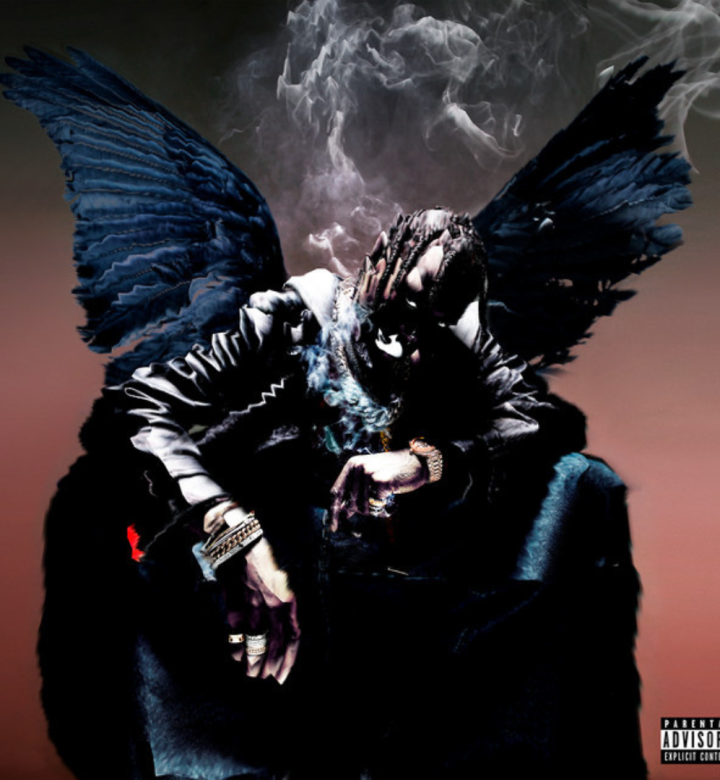 Travis Scott has become one of the biggest artists in the world, so his feature choices always are quite a statement. In the case of “Outside,” he chose 21 Savage to help him make his song even more lit, and it worked. 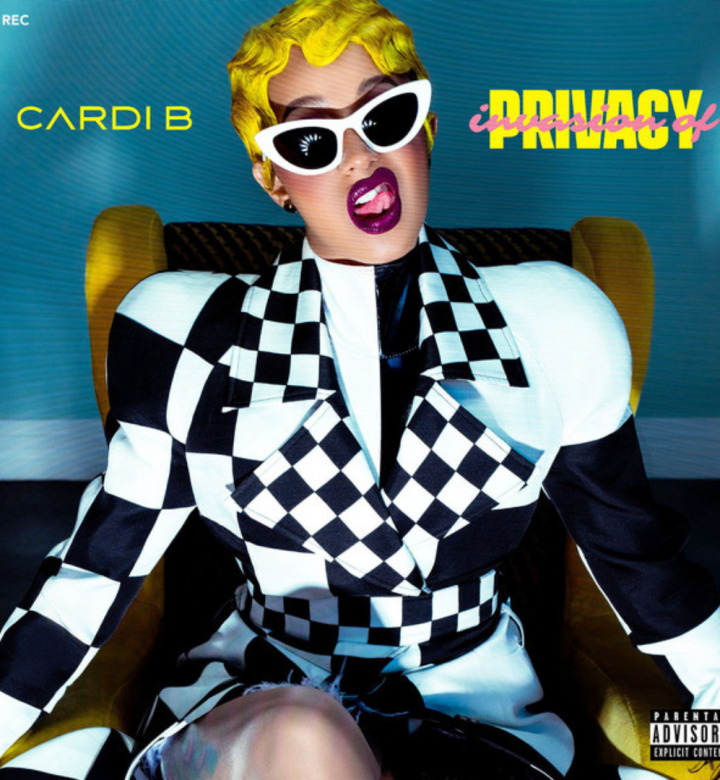 Cardi B is one of the most well-known female rappers in the game right now, and while she was ascending rapidly, she enlisted the help of 21 Savage for her song “Bartier Cardi.” 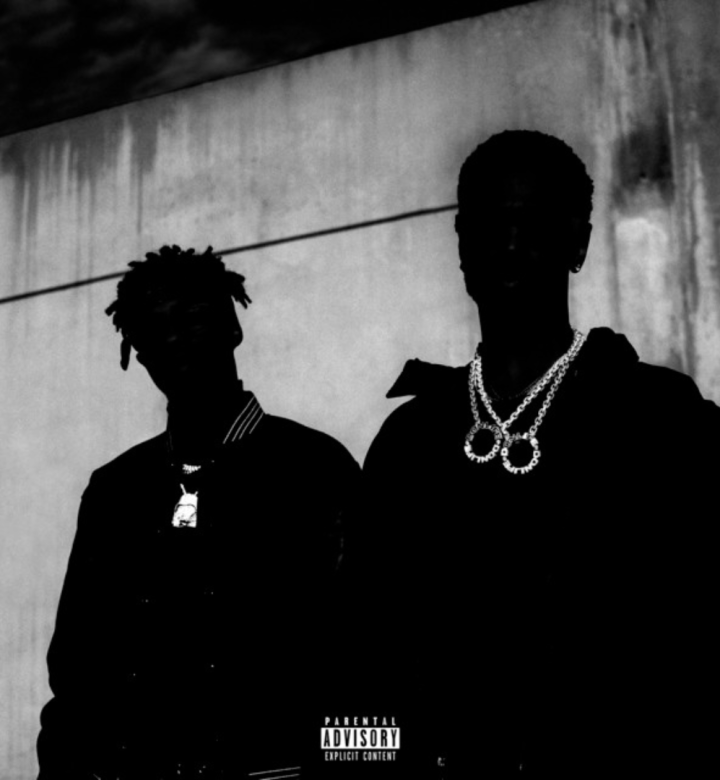 G.O.O.D. Music artist Big Sean has had a storied career, and in recent years, when he needed the right sort of buzz around his music, he knew it’d be a smart move to get 21 Savage on a song, “Pull Up N Wreck.” With Metro Boomin on the beat, how could they miss? 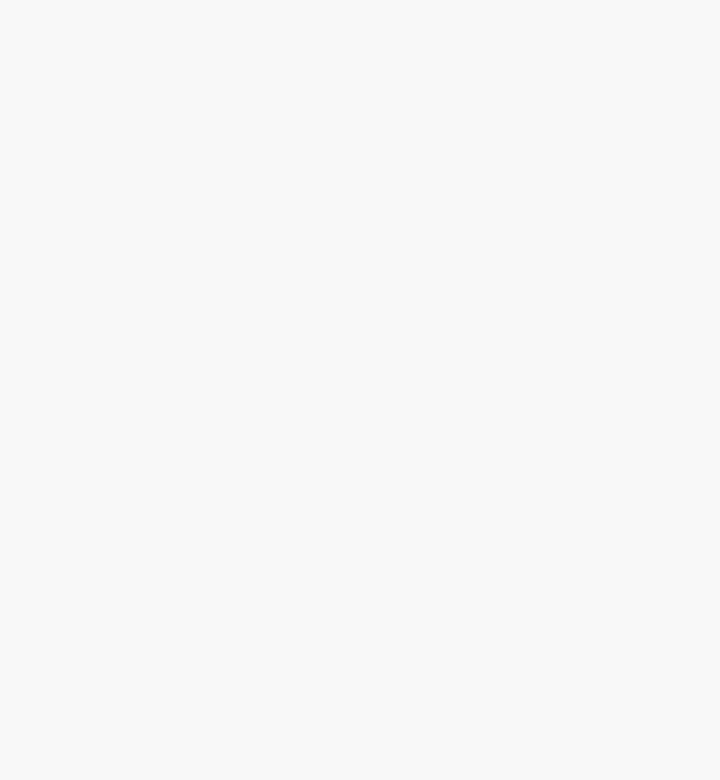 Childish Gambino has always had a wise sense of feature choices, and with his song “12.38,” once again, he didn’t miss. Who would have thought that a Childish Gambino and 21 Savage song would hit this hard? The song also features the likes of Ink and Kadhja Bonet. 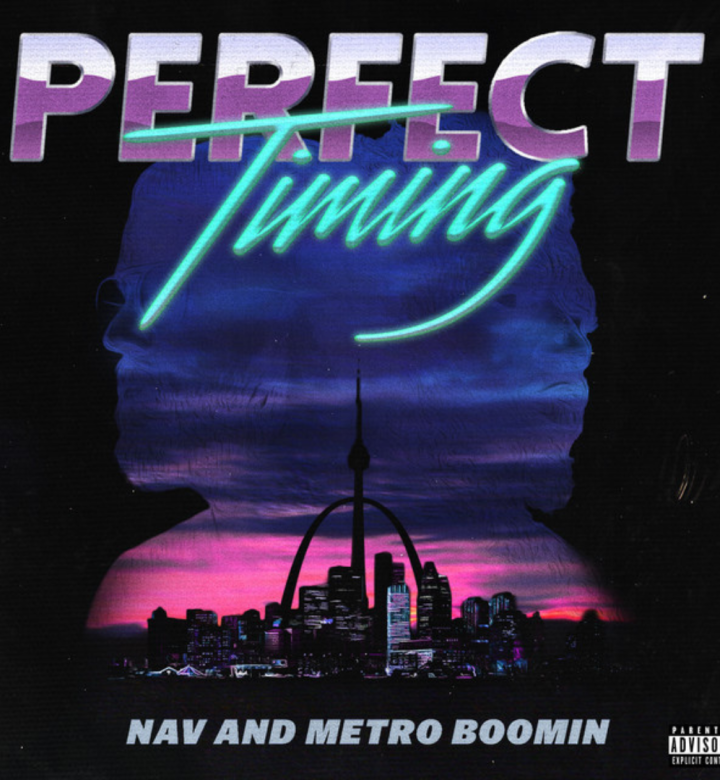 Nav’s production background might be a solid reason backing his excellent ability to properly curate features. On “Both Sides,” 21 Savage showed just how good a collab between the two of them sounded. And yes, this is another Metro Boomin-produced banger. 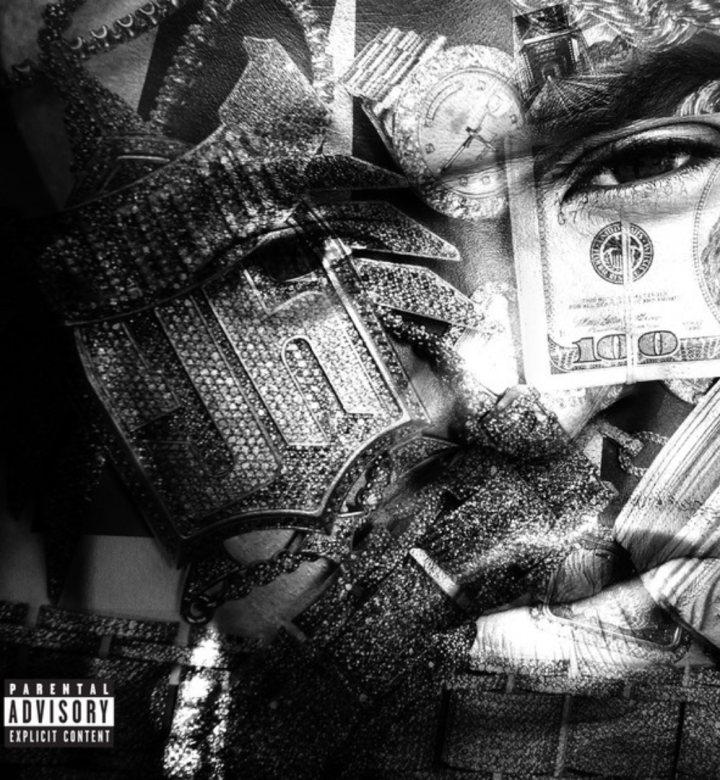 Yo Gotti and 21 Savage connected on Gotti’s song “Yellow Tape,” which aligns perfectly with 21 Savage’s sonic aesthetic. Are you seeing a pattern here? 21 Savage is easily one of the top contending feature artists. 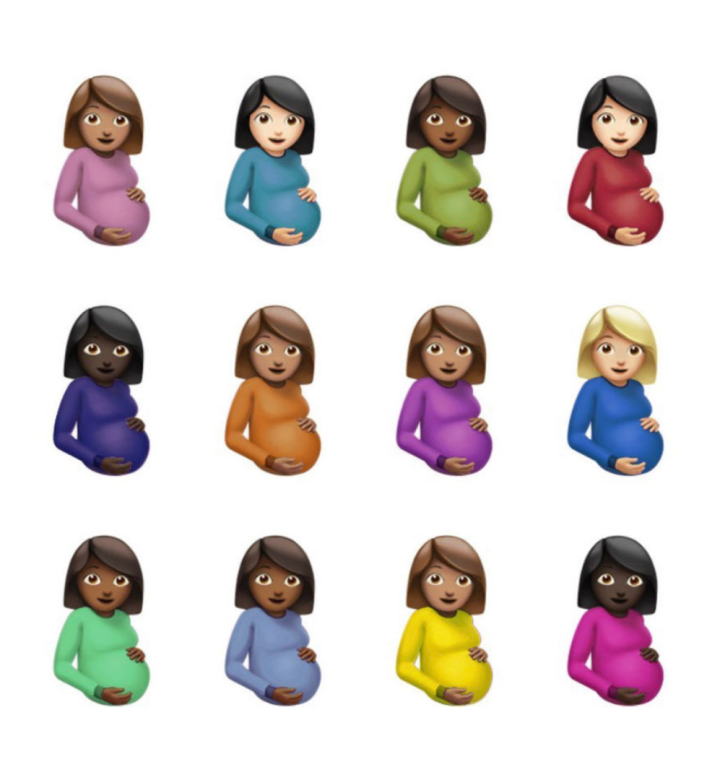 As made apparent by their other collaborations, especially their latest collaborative album, Her Loss, 21 Savage and Drake have formed somewhat of a rap dream team in the past few years. "Knife Talk" was the start of something special, and the duo have only continued to improve their already-impressive levels of chemistry, and thus the records have only gotten better and better. 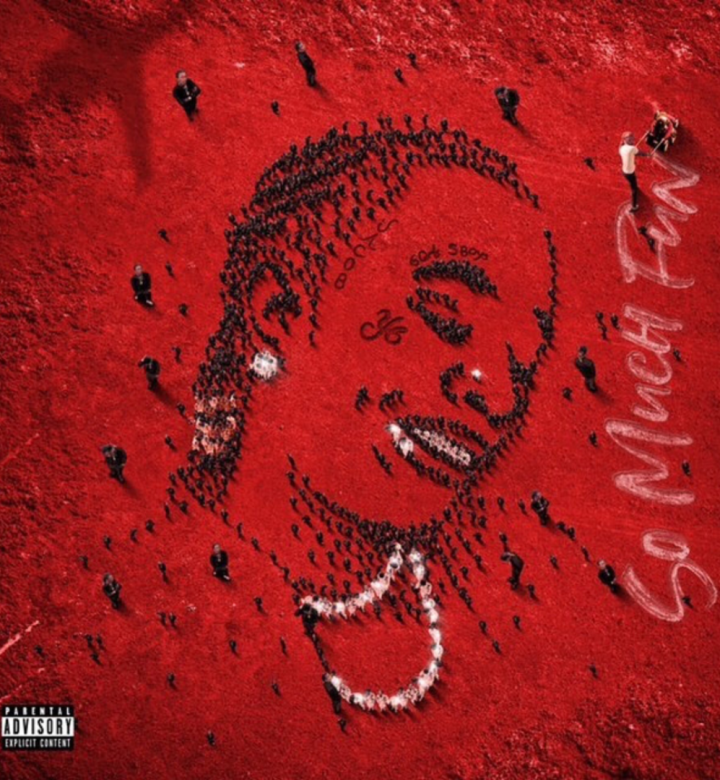 Young Thug makes bangers even when it's just him recording. On this record in particular, he enlisted DoeBoy and 21Savage's help, and the result is exactly what you'd expect from any of them, let alone all together: it's heat. Once again on "I'm Scared", 21 Savage had proven just how meaningful his features are. 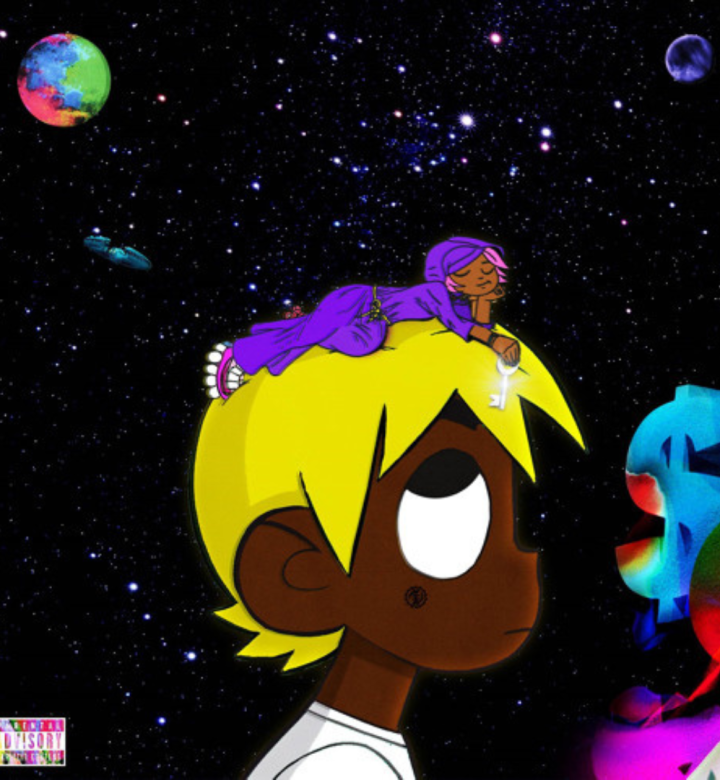 The fact that this song is so high on the list is a statement about 21's other work. "Yessirskiii" by Lil Uzi Vert and 21 Savage might've been the best on the album, which says a lot, too. This song will never get old, and you can bank on that for the remainder of our list as well. Somehow, it only gets better from here. 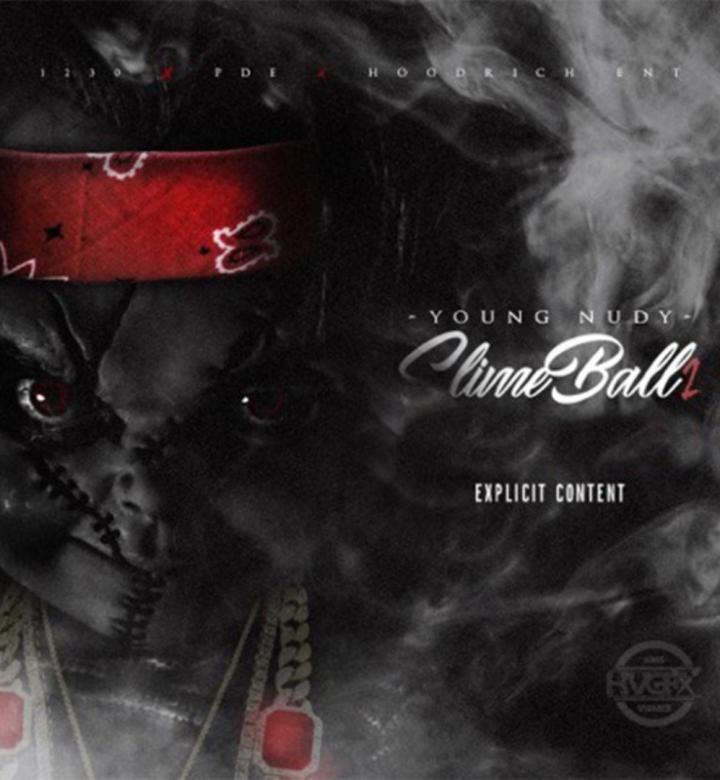 Young Nudy and 21 Savage have an incredible ability to channel the most authentic Atlanta energy into hit records. "EA" is the first song of two on our list where 21 joined Young Nudy as a guest verse, and it's a modern Atlanta classic. 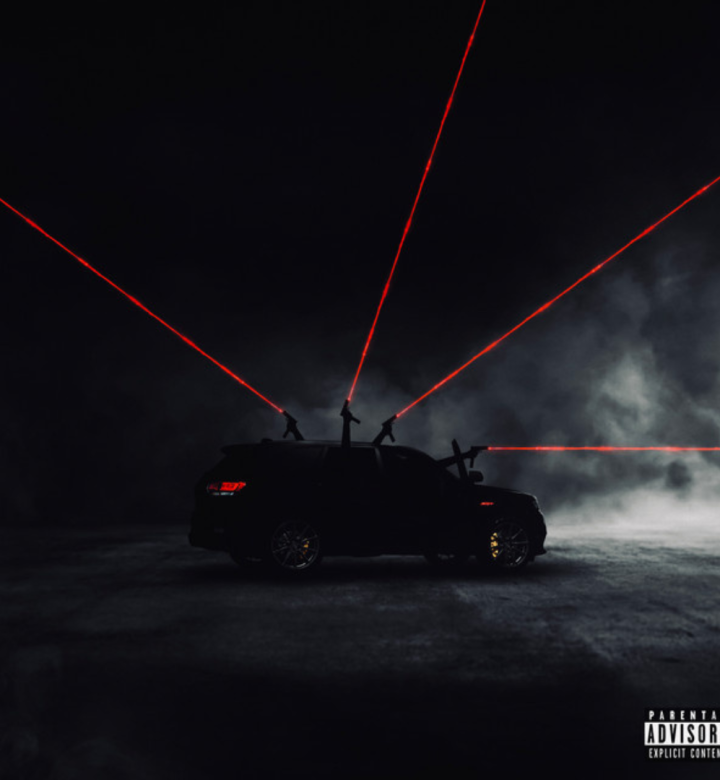 Everybody remembers their first time hearing "Who Want Smoke??" by Nardo Wick, right? Well, the remix somehow found a way to turns thing up a notch, which the world thought of as impossible at the time. Thanks to the likes of G Herbo, Lil Durk, and 21 Savage, this tasteful remix of "Who Want Smoke??" kept the same energy as the original and prolonged the initial buzz that Nardo Wick would have upon his entrance into hip-hop. 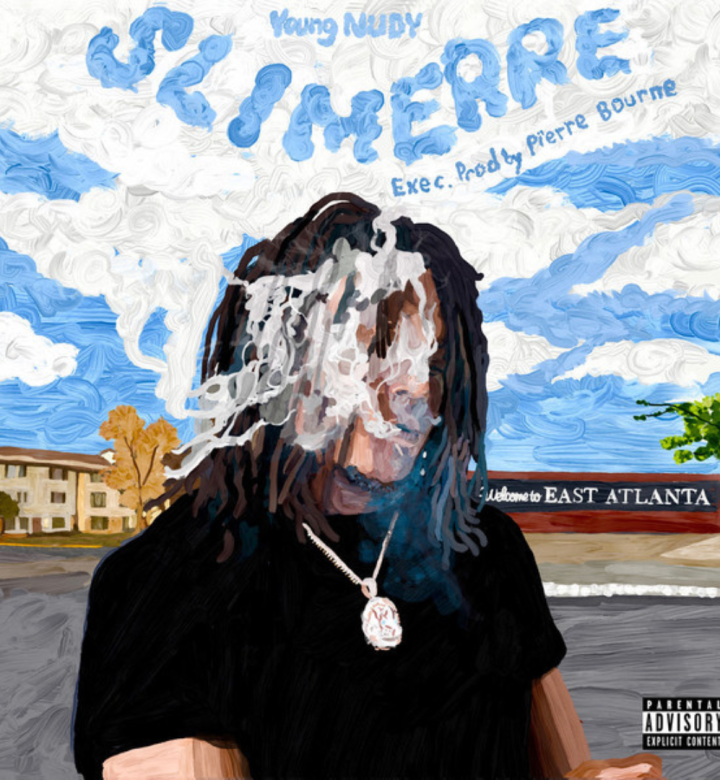 Yet another Young Nudy and 21 Savage appearance on our list, "Mister" is arguably their best song together, while it does have noteworthy competition. Featured on Nudy's Sli'merre project with Pi'erre Bourne, 21 Savage did what he does best once again. Check out this gem for yourself. 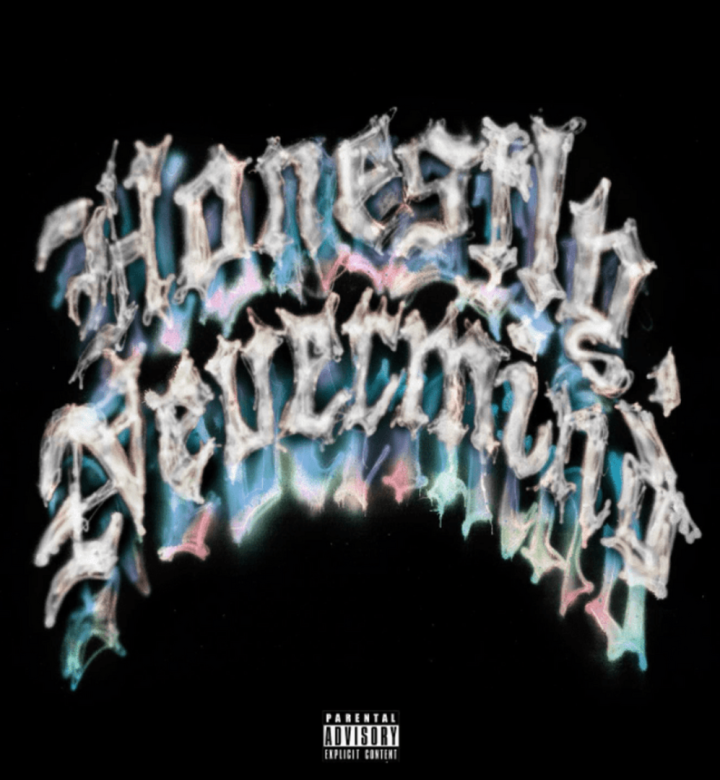 One step closer to their collaborative album, Her Loss, "Jimmy Cooks" confirmed what everybody already knew: when you mix Drake and 21 Savage, the result is some unbelievable music. This was likely the moment they knew that a project was imminent. Who can blame them when they were on such an iconic roll? At number two on our list, you might be wondering what could possibly top this song off of Drake's Honestly, Nevermind. 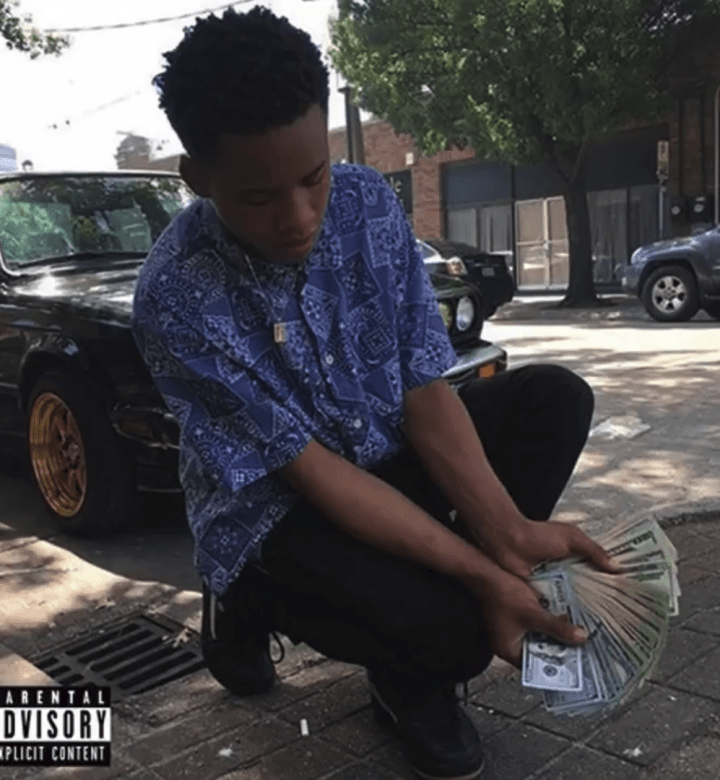 At the number one spot on our list is the remix to the legendary single from Tay-K, "The Race," which he recorded after cutting his ankle bracelet off while on house arrest and travelling across the country as a fugitive. 21 Savage joins Young Nudy in this SoundCloud era classic, which was premiered by DJ Phat on SoundCloud.

More from our music team: